A piece of advice. If you're:
1) Standing face to face with a Lao porter, and
2) He is holding out his hand for money, and
3) You have your wallet out
- if he then suddenly turns and runs for his life, that is not the time to say "Um... what?" or to turn around and see what is going on. That is the time to run like shit. Let me explain how I know this.

As I mentioned in the previous post, the Mekong was flooded. The Chinese had drained water out of their series of dams upriver, which caused flooding in Laos. One of the locals said it was the worst flood since 1965.

It wasn't too bad on the water. The river was wider than normal and it was a swirling morrass the colour of chocolate milk, but the boat handled it fine. We sailed down the river for about 6 hours. I was surprised at the lack of variance. There weren't many villages, and the terrain didn't change much. Mostly, I read a couple of novels.

The excitement happened when we reached Pak Bang, which is the stop for the night. As they brought the nose of our boat in among the other boats, the wake brought down some of the bank and a house collapsed into the water at the front of the boat. This created a wave that washed all the boats sideways. They were all wedged together, and we were on quite a lean. The locals ran around screaming, trying to dislodge the boats. We were trapped in ours. The sides are open, but with boats wedged in around us, there was no actual way to escape if we tipped over. It was all fairly dramatic. 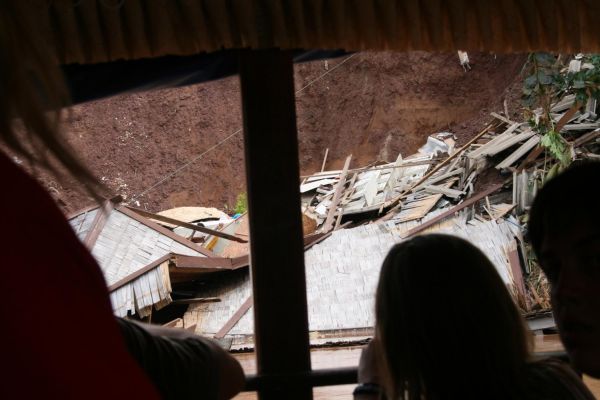 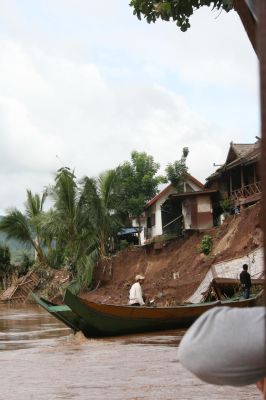 Houses in the water at Pak Bang

The town is built on a road that rises along the shore from the boat dock. Because the river was so high, the first part of the road was under water and the locals were ferrying us across it in narrow, unstable canoes. With 30 kgs strapped to my torso and mud everywhere, it was precarious to say the least.

I got out of my canoe, only to have my porter -who was demanding money- disappear up the road. The second slow boat had arrived, and the wake from it had caused another house to collapse, again causing a large wave. People went flying from the canoes. I legged it up the hill with all my gear, not much ahead of the wave.

I got a room at a guest house, where I sat in the dark for 15 minutes trying to un-freak out. Of course, there wouldn't have been any power even if I had wanted it, because they didn't fire up the generator until more guests arrived. They shut it off again at about 10 pm, meaning no fan, lights, or warm water.

I had dinner with two interesting Americans. After an uneventful day, it was a pretty exciting evening. 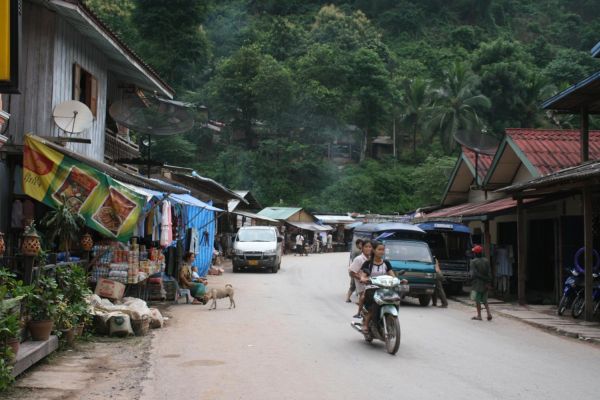 
Day 2 on the boat was a test of endurance. We were packed onto the boat like sardines, and the seats were hard wooden benches. Even with the cushion I bought, it was unpleasant. I was seated on the left side of the boat, so I got burnt down the left side of my face. I ended up looking like Twoface from the Batman movie. It was quite a relief to finally reach Luang Prabang. Overall, I can't say that I would recommend that boat trip. The scenery didn't change for two days, and it was quite physically punishing. 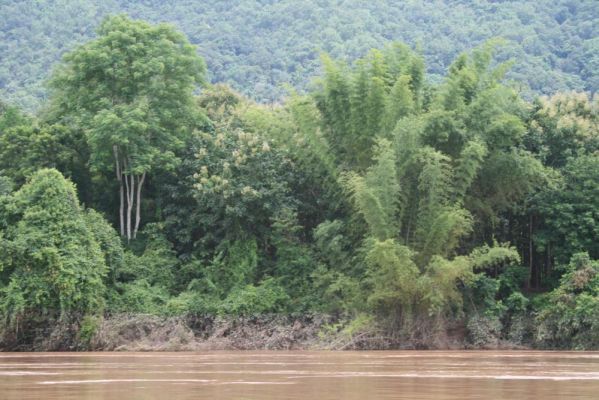 The highwater mark (the yellow flowers are juvenile teak trees) 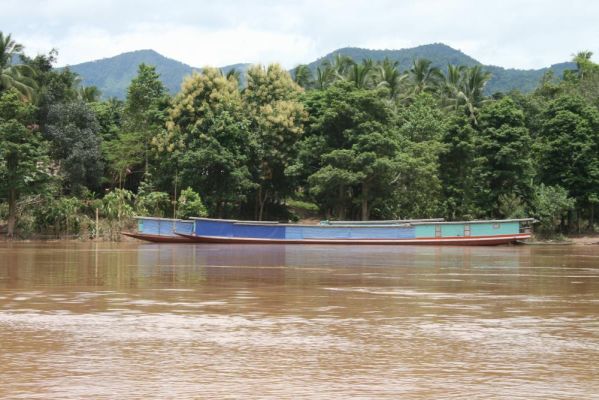 Boats moored along the river 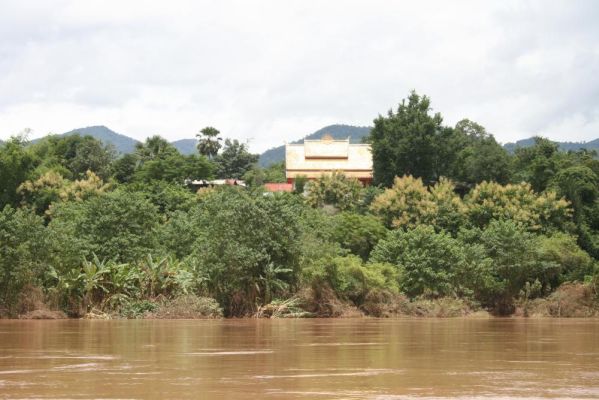 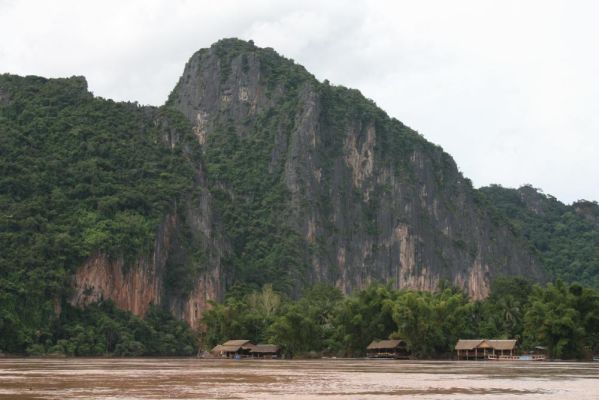 One of the few changes of scene
Posted by James at 2:16 PM

Not that it's a competition on 'who has the most exciting overseas stories' but it looks like you have won. And you've only been away for a few weeks. There are floods here in NZ and landslides but we haven't been part of the 'excitement'. Will keep you posted if we get caught in some natural disaster. Sarah