Did any of you notice the slight change in the last post? I went from only doing free tourist things and a week without lunches to doing the expensive Francis Bacon and Westminster Abbey tours with the extra audio guides. That's right - I got a job.

Somehow, the world's worst job interview turned into an immediate job offer. The last thing I want to do is Dooce myself (it's a real word, Wikipedia it), so I won't give many details. But as you may have worked out from my "circus" allusion, it is in Cambridge. It's pretty different to what I've done in the past, and unquestionably challenging. Once again, despite my best efforts, I ended up with a security tag photo that makes me look like a hobgoblin.

I started work on Monday, but I don't have a place to live. I've been in 4 different B&Bs in the last week. And when you have to walk everywhere and work for a full day, there isn't a lot of time left to flat hunt or find alternative accomodation. Between roaming the city, flat hunting, and walking to work, I think I've walked maybe 70 km in the last week, probably more.

My timing is really bad: Students are beginning to flock back to the city, and are searching for flats. The only thing in my favour is that students seem to have the same reputation in the UK as they do in NZ, so most landlords automatically refuse them. But it's still a real struggle. I was sent a link to a minor accomodation website for Cambridge, and some of the ads from the last couple of days already show 500 views. I looked at one place that was cheap and seemed really good, but they rejected me. Of course, I would've too. I'm on my last razor blade and it's bent. I had hoped that the vertical gouges down my face would appear slimming, but I guess not.

So, all up, I'm really struggling: There just aren't enough hours in the day to deal with all the colliding aspects of my life. My job takes my full concentration, and I'm conscious that my co-workers need me to get up to pace quickly. I've had corner-store sandwiches for dinner the last 5 nights. Ludicrously, the only laundrette in town is closed outside business hours, and I'll be wearing the very last of my clean clothes tomorrow. And I had to dig pretty deep into my pack to find them (I hope no one at work asks why I'm dressed as Catwoman). The B&Bs are draining my cash really fast. I can't see myself getting to London this weekend for the Open Home tour that I've been anticipating for months.

Okay, for some serenity, here are some pics of Cambridge. Definitely seems a nice place:

Cricket in the park 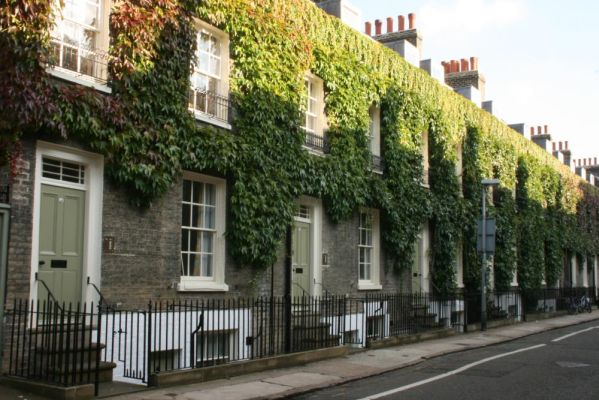 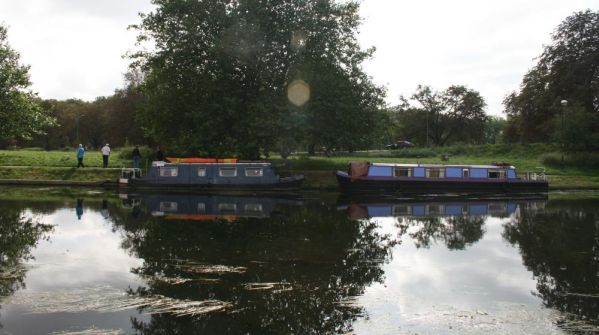 Reflection in the Cam River 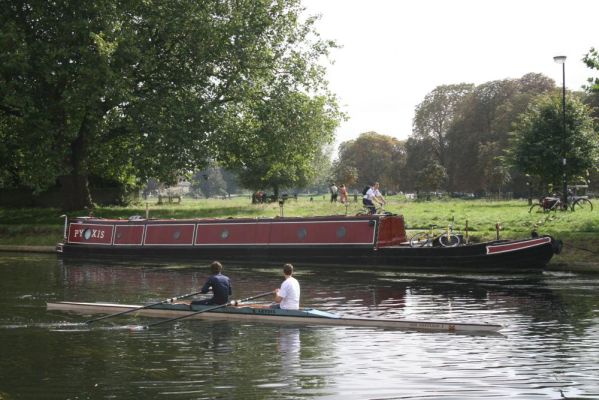 Rowing on the river 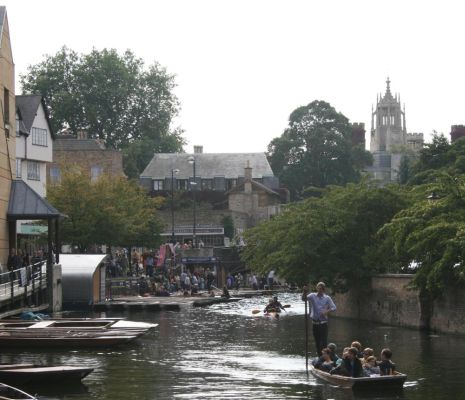 Punts on the river 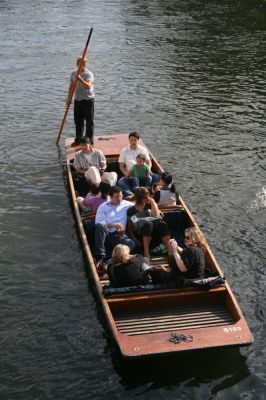 And last but not least, the source of the Muggle reference in the title. If you don't know why this is awesome, I have some homework reading for you: 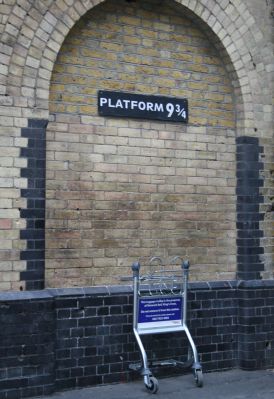 
Incidentally, did you know that JK picked that particular spot because it is (falsely) claimed to be the burial site of Boudica? I've had a lot of people here asking why you would possibly leave NZ for the UK. That amazing sense of history sums it up for me. If you dig down through the soil in central London, you can actually see the burnt layer from when Boudica's army destroyed the city in the first century AD. In the British Museum, I looked at a Roman helmet from the first century AD that was dug out of the Thames. It occured to me that I could be staring at a helmet that Boudica herself once also looked at. That idea makes my head spin.

Catch you again when I get a spare moment.
Posted by James at 1:58 PM

Hey James, finally caught up on your blog and read it all top to tail. Good to hear you're sorted on the job front, hopefully accommodation will follow. Great to hear all about your adventures! Liz.

Congrats on the job Jim! Always good to try something new on the job front and I'm sure you will pick it up quickly.

Keep up the great bloging! Even my mum is tuning into your adventures!