On Friday at work, I asked about good places to go for cheap, and someone suggested Norwich. It seemed a decent idea, but on Sunday morning I got up to find snow lying on the ground in Cambridge. Rain quickly melted it away, but the BBC webcam showing the Norwich market was enough to put me off travelling there. They got covered in snow.

Instead, I reverted to my standard Sunday activity - skulking in my room until mid-afternoon, when I get so bored I grab my camera and roam the streets. Damn it was cold. Might do Norwich next weekend.

This week I'll be missing a wedding back home and a birthday party in Thailand. I feel like a bit of a heel, and a long way from home. I'm thinking of you three. 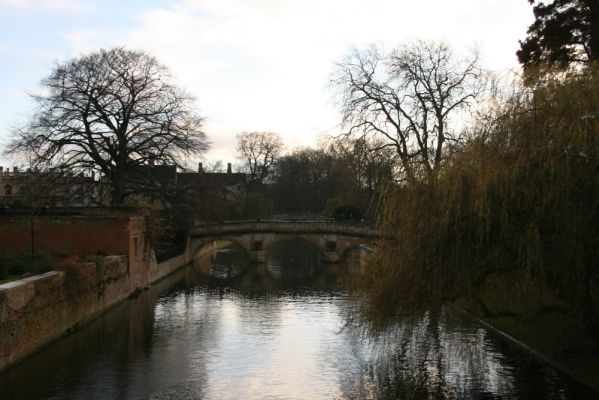 Bridges on the Cam 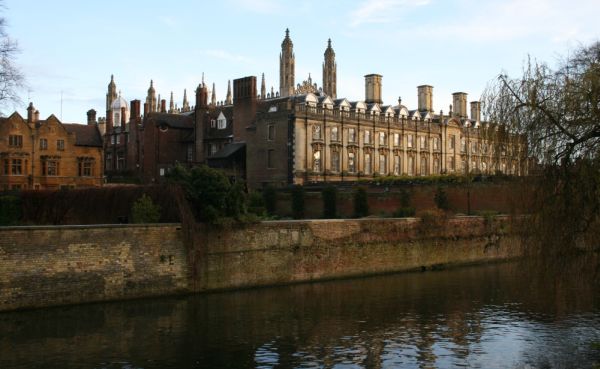 One of the schools (why yes, I am too lazy to look it up) 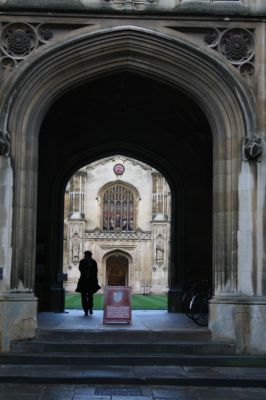 (At this point, I missed the greatest photo ever as a woman on an old bicycle rode past with a huge bunch of multi-coloured, helium filled balloons trailing behind her. I had just packed my camera away, and couldn't react quickly enough. The only way it could've been a better image was if the balloons had hoisted her into the air.) 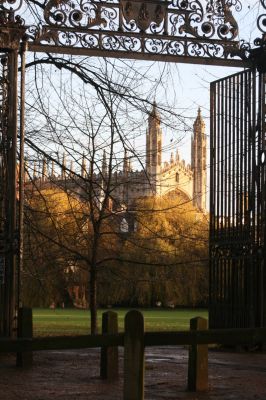 King's Chapel Through a Gate 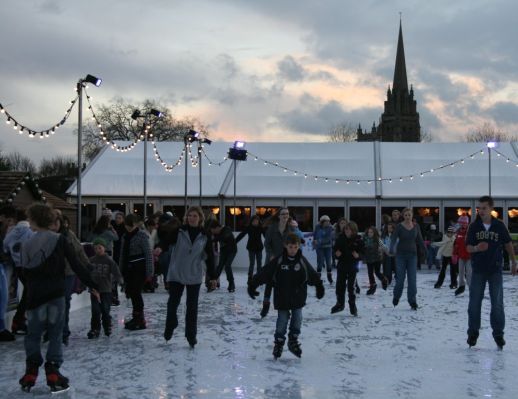 Skating on Parker's Piece (below too) 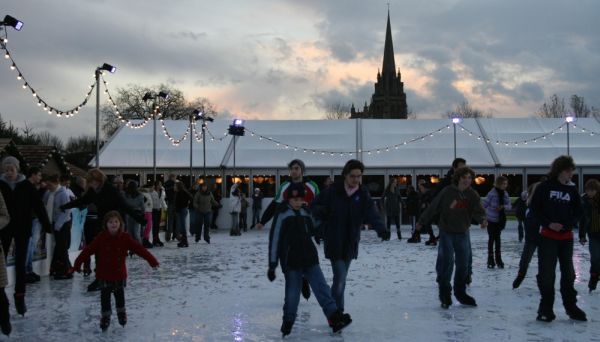 I thought this was interesting. You may know that Samuel Pepys was a 17th century administrator in England. He kept detailed diaries which have survived, and today these diaries provide a lot of info about daily life then. The diaries are now housed at the Pepys Library in Cambridge. But did you know he was also a hairdresser? His shop is still there: 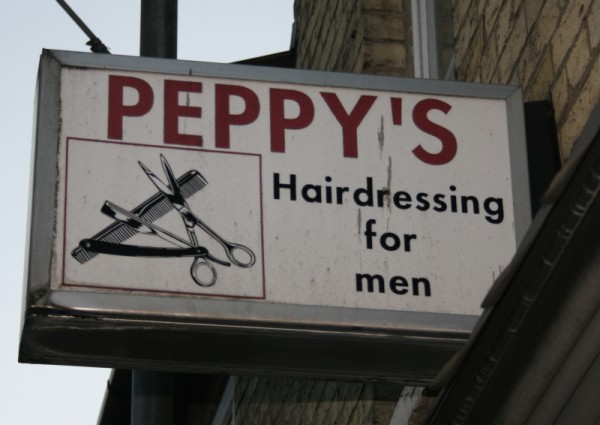 (Shit that was a reach. I can't wait until Summer, when I can do more posts featuring Mediterranean beaches, and fewer featuring lame puns about Restoration civil servants).
Posted by James at 2:08 PM

We have the bottle of champers all ready for the big day and we'll make sure we send some photo's through for you - just hoping we don't get snow!