Do the pious get punctures?

3 punctures in a single week. I'm considering ditching the atheism: It's causing me a lot of inconvenience. I just need to work out which takes more time, going to church or fixing my damn bike.

To date, the credit crunch has been fairly irrelevant. My shares have dropped in value, but it's only a paper loss as long as I don't sell. And it's provided some good comedy. On the Colbert Report, Stephen Colbert questioned whether it's really so bad. After all, although the 1930's saw a depression, historians agree that it was "great". So yeah, no real problems.

But now my work has announed quite a lot of layoffs. We have to wait to get the list of names. Aw, crap.

I was going to do a post stating that this month will be "Save-vember". I've set myself quite a high target for the amount that I want to save in the next year, and since money has been trickling away quite freely so far, I thought I would try to live for November as cheaply as possible. But you know what, it's less cute now that I could be out of work again. Saving money becomes more of a requirement than a game.

The weather has gone freezing cold. This week, London had its first October snow since 1934. I put a couple of sweatshirts on the washing line and brought them inside wetter than when I hung them out.

For any Kiwis reading this, I went to a lot of trouble to vote from the far side of the world. It also cost me about $15. So, make sure you can be bothered walking around the corner to the polling station, okay? Unless you vote for a crud party.

This weekend I went to the Cambridge Photo Society exhibition (it was good, and free). It made me painfully aware of how crappy my picture are. Nevertheless, here are my latest from this weekend's roaming. One thing I did learn is that you can improve a very boring picture by converting it to black and white. Oooh, black and white. He's arty. 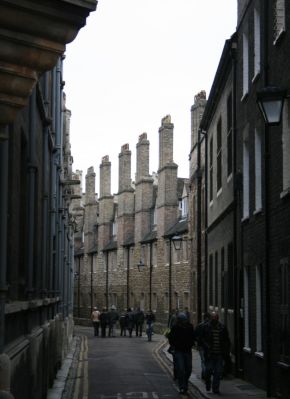 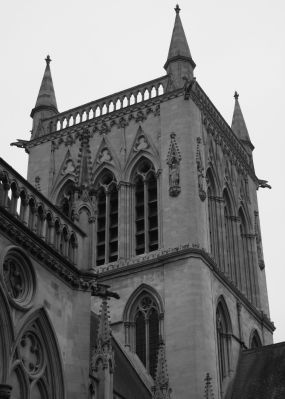 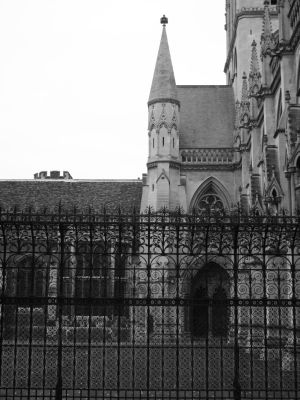 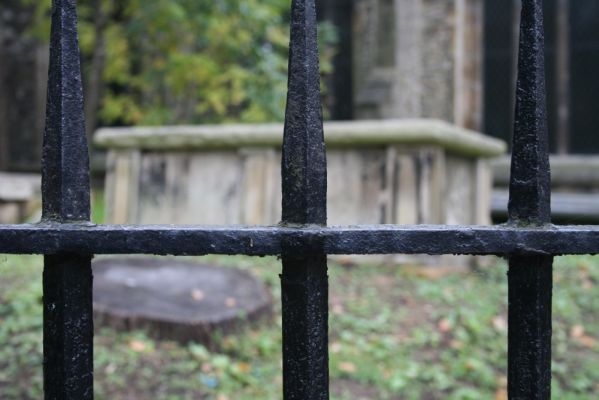 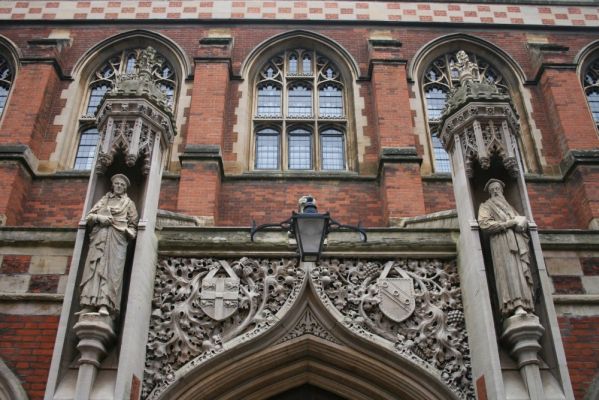 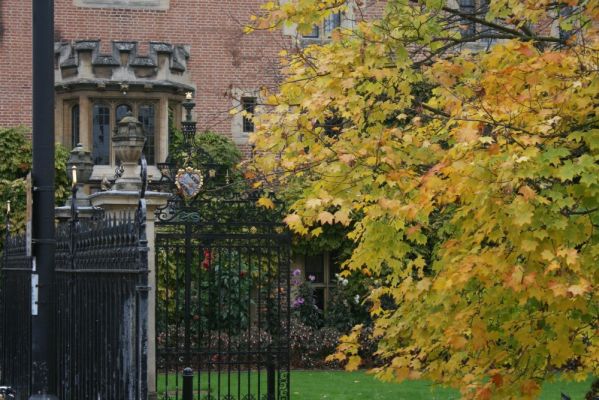 Gate (to the Pepys Library?) 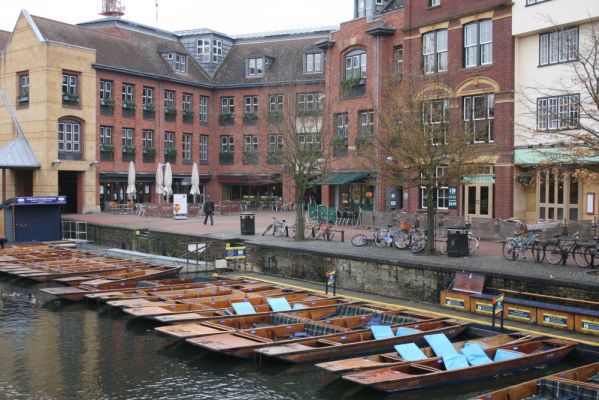 The punts, from Magdalene Street (looks very European to me)

I do like this next one. After posting last week about not knowing where the Mathematical Bridge or the Bridge of Sighs are, I went and found the B of S: 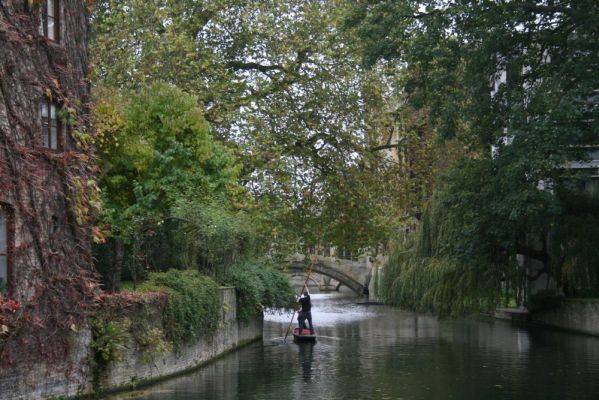 Punt by the Bridge of Sighs

It was Halloween a few nights ago. The amount that people spend on costumes has doubled in the last year, and in a related story, my contempt for humanity also doubled in the last year. When I was a student and I couldn't afford to buy sweets for trick-or-treaters, I sat in my flat with the lights off so they would think that no one was home. This time, I went to the shop and specially bought a bag on chocolate eclair sweets. None of the little buggers came to the door! Luckily, with the job stress, I'm plowing through the bag on my own. 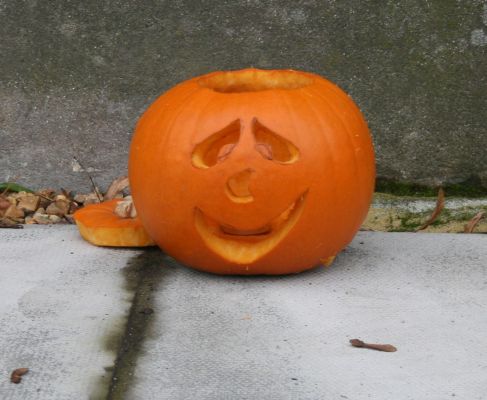 Jack'O'Lantern
Posted by James at 2:25 PM

But the photos are very good - I'm most impressed.

In a related story--that was really funny. And hey, at least you got to eat the lollies.

I, being a Halloween/Xmas freak, LOVE the pumpkin shot. Seriously, good work.

I spotted a shot that I think would've worked better, but I didn't have my camera with me at the time. Someone had dumped 3 carved pumpkins in a rubbish skip. It looked pretty cool.