After exploring Middelburg for a few hours, I hit the road again and headed south. Middelburg is on the lowest of the islands, but to get back to the mainland you don't cross a delta dam - you take quite a long ferry ride.

I stopped in a village along the way for lunch, and imbued with an over-inflated sense of touristic enthusiasm, I ordered an item at random from the menu: Uitsmijter. It turned out to be bread with ham and cheese buried under 2 fried eggs. I HATE eggs. And the drink that I got was a brand called "Sisi". (Possible slogan - "Sisi: the drink for wimps".) Not my greatest lunch ever.

At some point I crossed the border into Belgium. This point, actually. Not a lot of fanfare really. 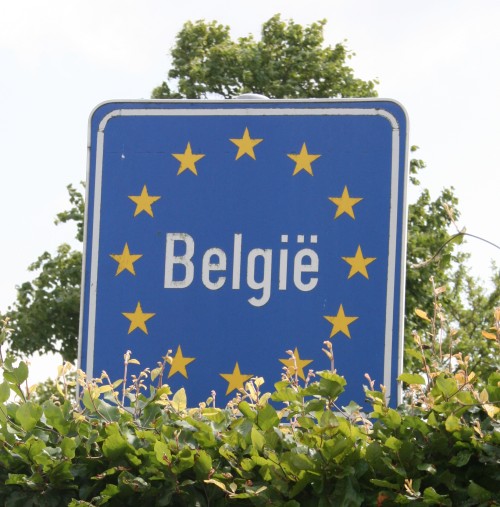 I spoke to a guy in a camp ground who travels between Belgium and the Netherlands for work. I asked him if there is a noticable difference between the Dutch and the Flemish Belgians. He said the Belgians are more polite. In his work, the Dutch will quickly let him know if they disagree with what he's saying, while the Belgians keep quiet.

I had been wondering if I would be able to tell the difference, and it was immediately obvious when I was in Belgium. Suddenly, the bike paths were shared with vehicles and the drivers were giving no respect to the cyclist. I saw so much stupid driving on blind corners that I felt I could be back in NZ.

I arrived at the camp ground quite late, and had a meal from the camp ground's frite hut: A bag of frites with mayonaise and some lumpia. I had been told that I had to try the Indonesian lumpia, so was a little disappointed to find it was just spring rolls. By the way: I know, chips with mayonaise, but these Low Country people know what they're doing. That's a good feed.

If the day riding down the Delta Works was the best day of the trip, then Ghent was certainly the surprise of the trip. It was amazing. The centre city is just crazily full of old buildings. I think it has more of interest than Brugge. Every time you pass an old bohemouth of a building, another looms out from behind it. 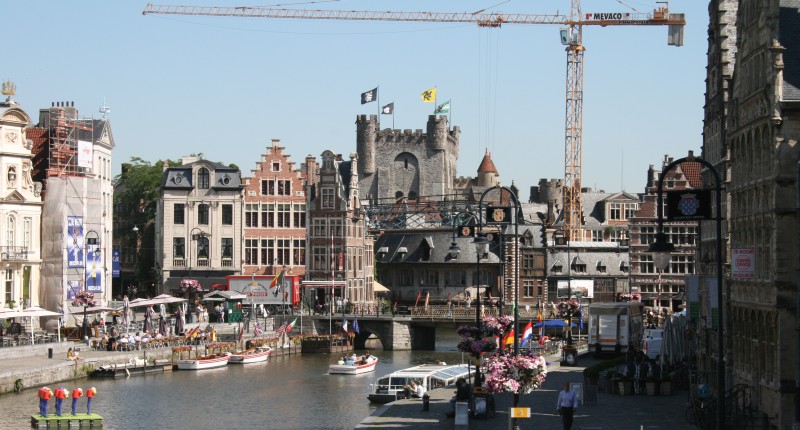 How many old buildings are there? Well, they lost the Mason's Guild Hall. When they were flashing the town up for the 1913 World's Fair, they couldn't find the Mason's Guild so they rebuilt it among the other guild halls. Some time later, they knocked down a wall a short distance away and found that the original building was still there after all. 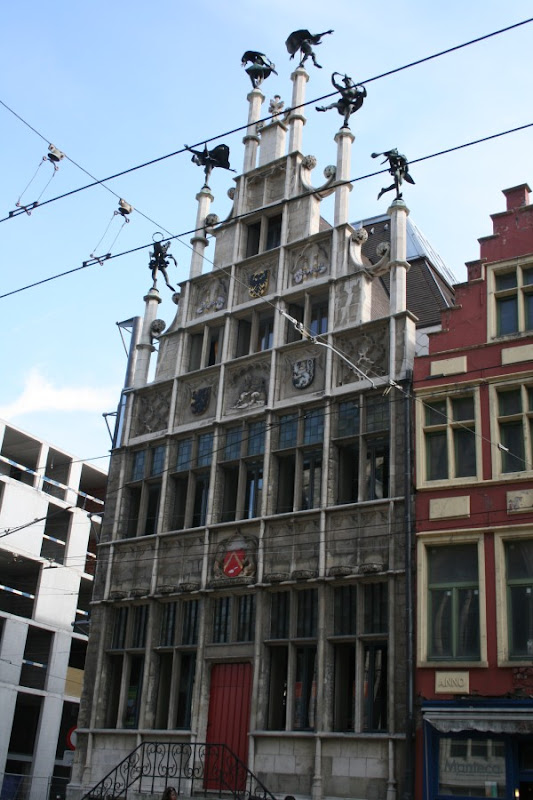 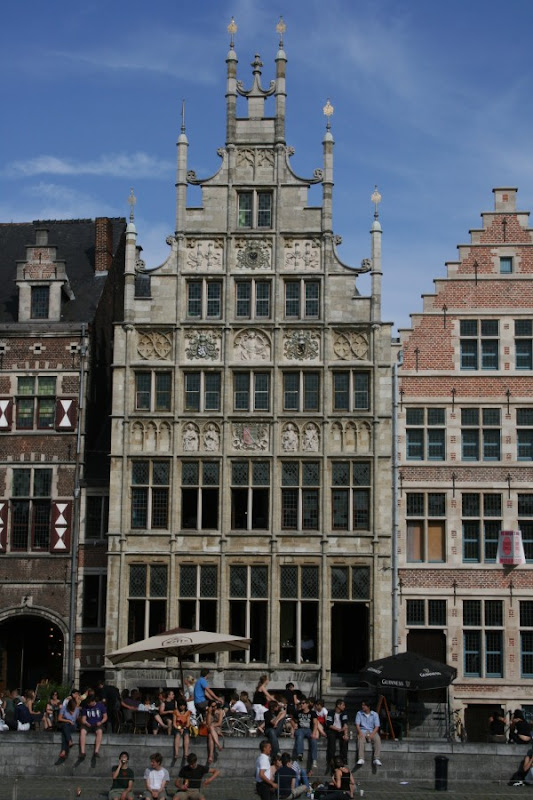 New Mason's Guild Hall
Chief among the sights to see in Ghent is the Castle of the Counts. When I was planning my trip, I couldn't find many good castles in Benelux to visit. But this one was impressive, and housed a nausiatingly informative museum of torture. It even covered the 21st century method of making people sit in small boxes and write documentation. 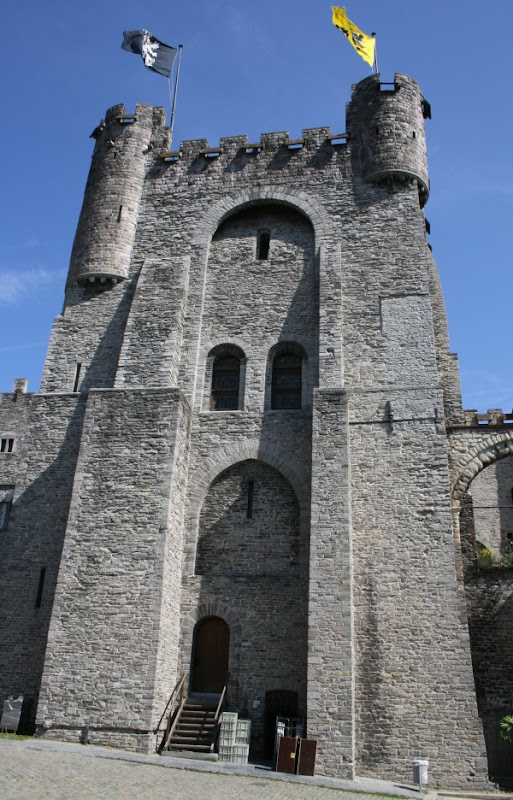 The Castle of the Counts 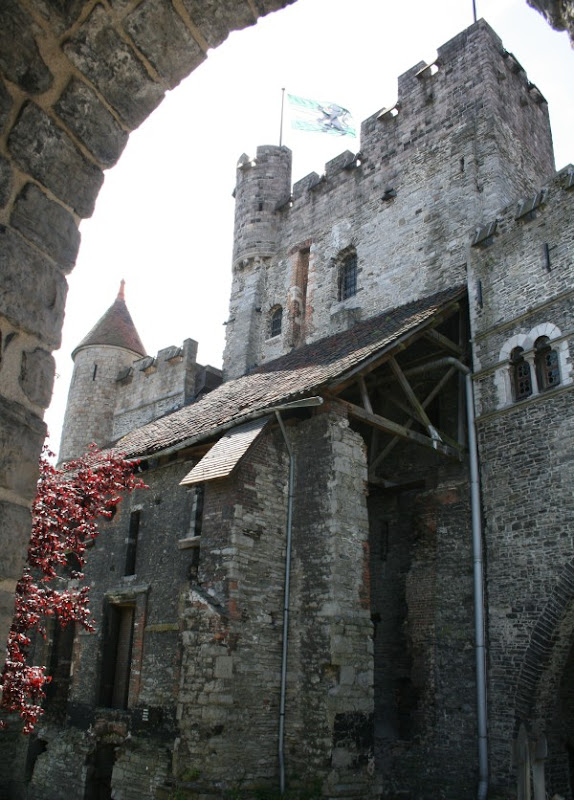 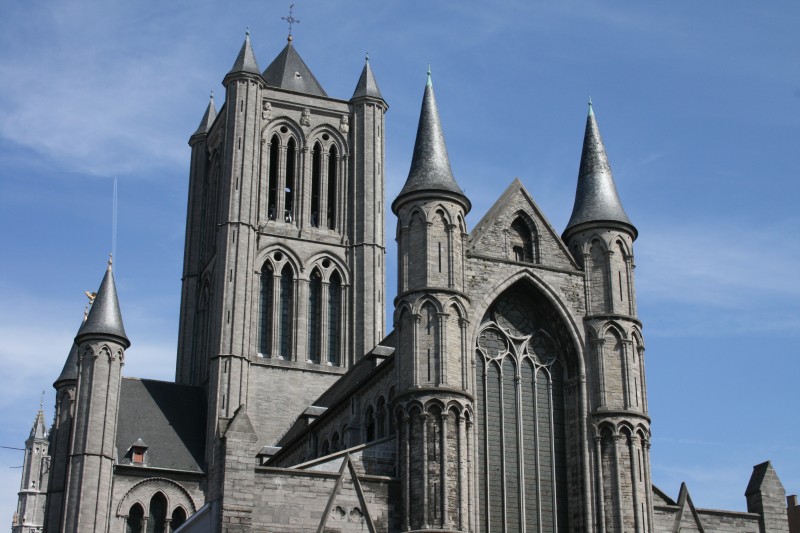 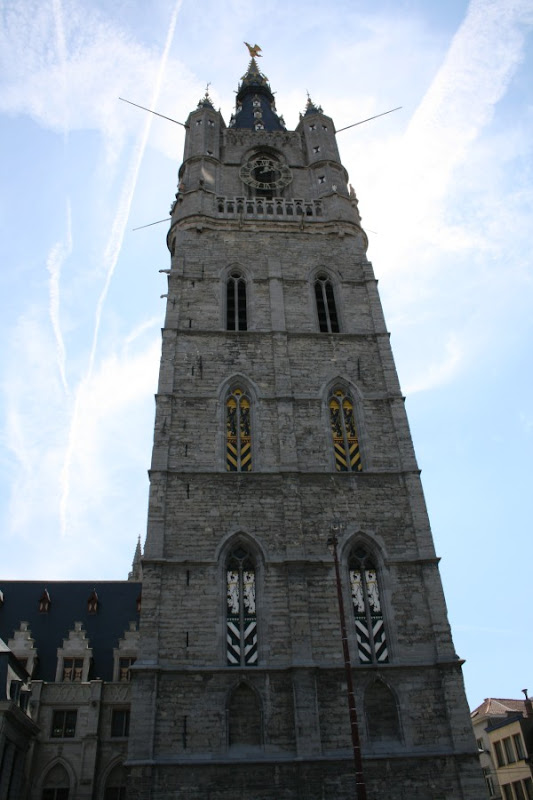 The Belfry
It was tradition for town towers to have a rooster on top, but in Ghent they opted for a dragon instead. Perhaps they misinterpreted the architect when he announced that he wanted to stick a large metal cock on top of their tower. Anyway, the dragon was built so that it could belch flames and smoke on special occasions (although in this photo the effects were created by a plane). 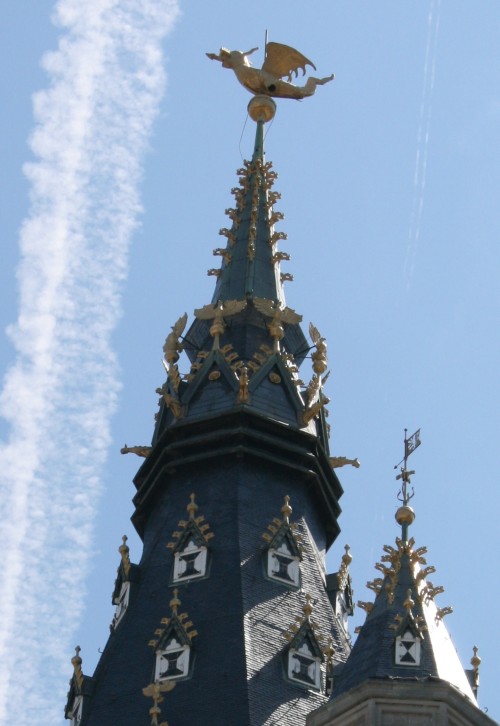 The Dragon at the Top
The actual symbol of the town of Ghent is a noose, stemming from an incident when the town's prominent people were made to parade through the town wearing nooses and beg Charles V for forgiveness. When I'm king, we'll do something similar with Auckland.

I made it around most of the sights in the city in a day. My guidebook said that visitors should check out the main street in the red-light district because it's a World Heritage Site, so I slogged out there. It's called Glazen Straat (Glass Street), because of the glass-fronted booths where the prostitutes sit. It didn't seem very special to me, but it's hard to judge these things when your eyes are fixed firmly on your sneakers. Maybe one of the UNESCO guys had to declare it a heritage site to justify his dodgy expense claims?

To the east of the city is the prominent graveyard Campo Santo, on Belgium's tallest mountain (elevation: 3 feet). It has a long list of celebrities buried there, none of whom I'd heard of. 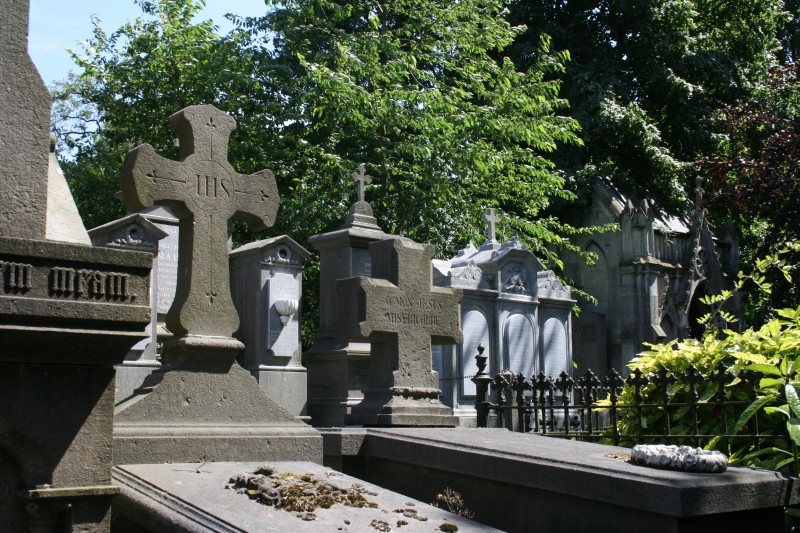 The photo is a poor illustration, but a lot of the tombs are really impressive. 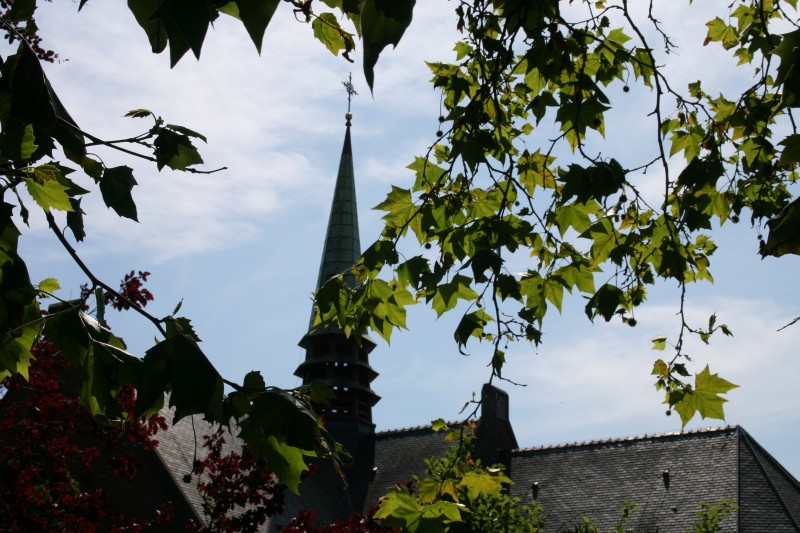 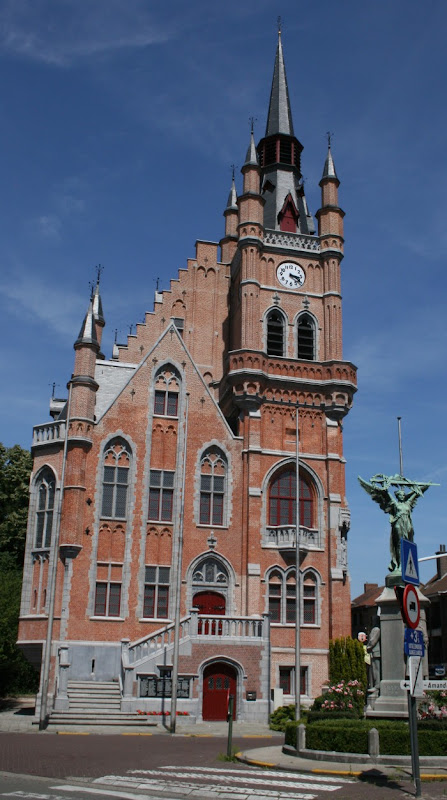 I had been eating cheaply all trip, but that evening I decided to have a decent meal. I went to the restaurant district (Patershol) and had an Indian curry. I was conspicuously the only customer. It was bloody awful, and only after eating it did I remember that I had written down the speciality meal to have in Ghent - Gentse Waterzooi - a stew made of vegetables combined with chicken or fish. Damnit. "Waterzooi" is old Dutch for "watery mess", by the way.

Anyway, if you're looking for a place in Belgium to visit, go to Ghent. That was a great surprise, and I love finding places that are a little off the radar.
Posted by James at 6:49 AM