As part of my attempts to get abreast of English culture, I went to Bristol. I was hoping for mammories that would last a lifetime, but it all turned out a bit of a bust, and I was left feeling quite the boob.

It was pretty disappointing. I've mentioned the artist Banksy several times here. I'm a pretty big fan. Because he's an anonymous stealth graffiti artist, he doesn't exactly advertise, but this is special. He originally comes from Bristol, and he's currently replaced exhibits at the Bristol Museum, in a show called "Banksy vs Bristol Museum". I've been looking forward to it for weeks.

So, up before 7am and bike across Cambridge to the station, 1 hour on the train to London, 1 hour on the Tube to Victoria station (Victoria Line out of action again), and 3 hours on the bus to Bristol (traffic jams on the motorway). Then I legged it down the road to the Museum to find that the queue for the exhibition was 4 hours long, and they would close before I could get inside. 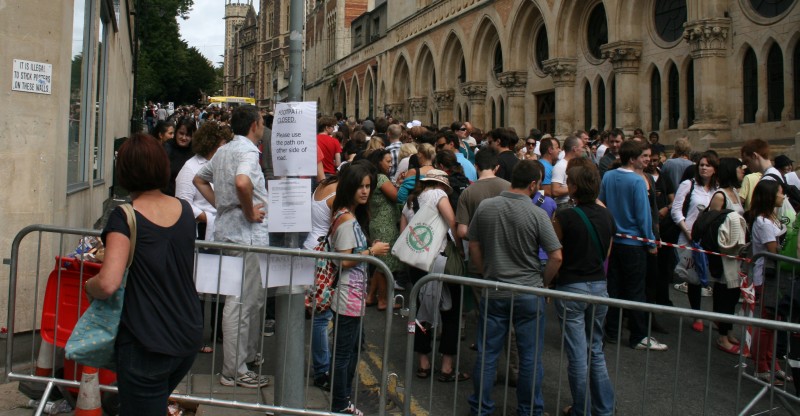 Banksy Queue
I'm not sure if you can see in this picture, but the queue is the width of the street and runs way up the hill past the icecream van into the distance. And this is the queue to get a stamp on your hand so you can join the first queue. Yes, seriously.

So there's the paradox - New Zealand wouldn't get a show this great because there isn't the population base, but in the UK you can't see the show because there're too many people.

I had printed off a map of Bristol and marked the standard tourist sites, in case there was a problem. So I did that stuff instead. First stop was the Clifton Suspension Bridge. It was designed by Isambard Kingdom Brunel (real name Richard Starkey) in 1834, and spans the Avon Gorge. 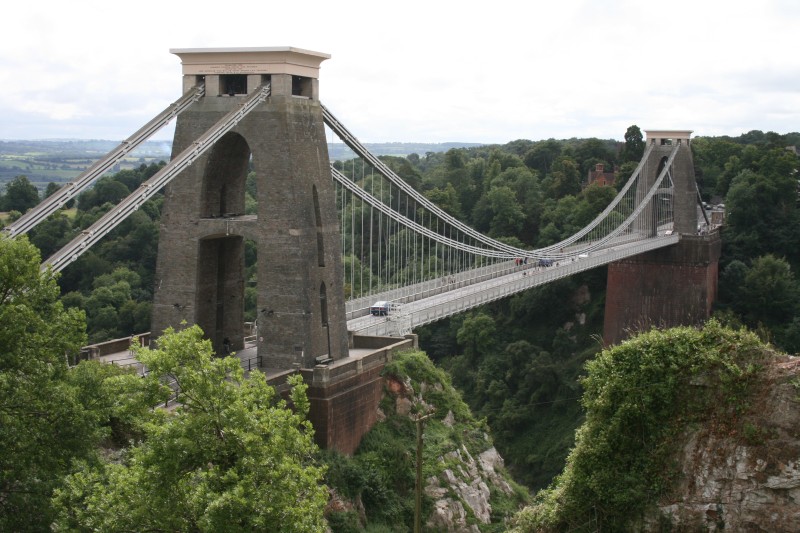 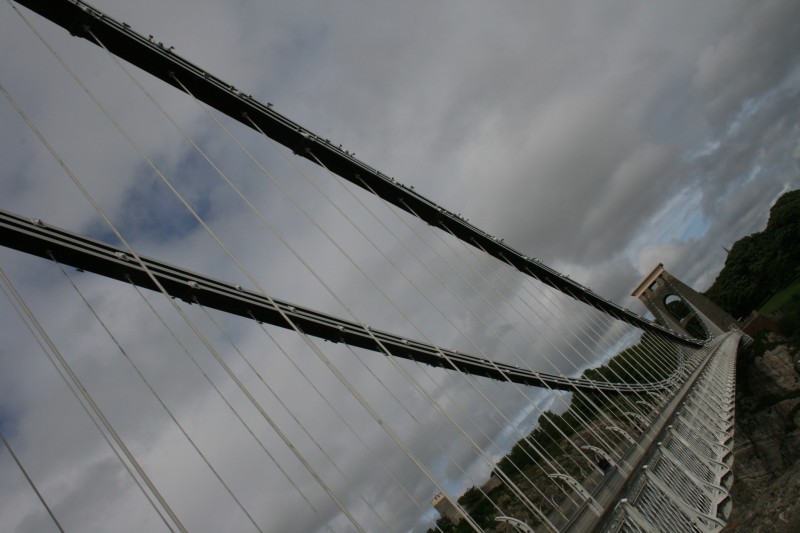 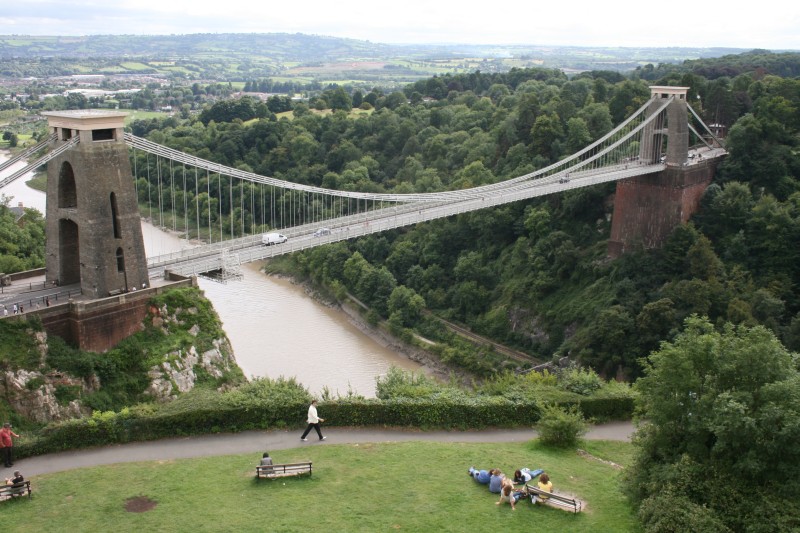 The green area across the bridge is called Leigh Woods. It had an iron age hill fort (Stokeleigh Camp) several centuries before Christ, and they've found neolithic arrow and axe heads in the area.

In a tower on the hill above the bridge there is a large camera obscura. I've never seen one of those - it was really cool.

When he wasn't designing bridges, Brunel also designed the Great Western Railway, the SS Great Britain, and - so long as no one is fact checking this - the Eiffel Tower and the Parthenon. 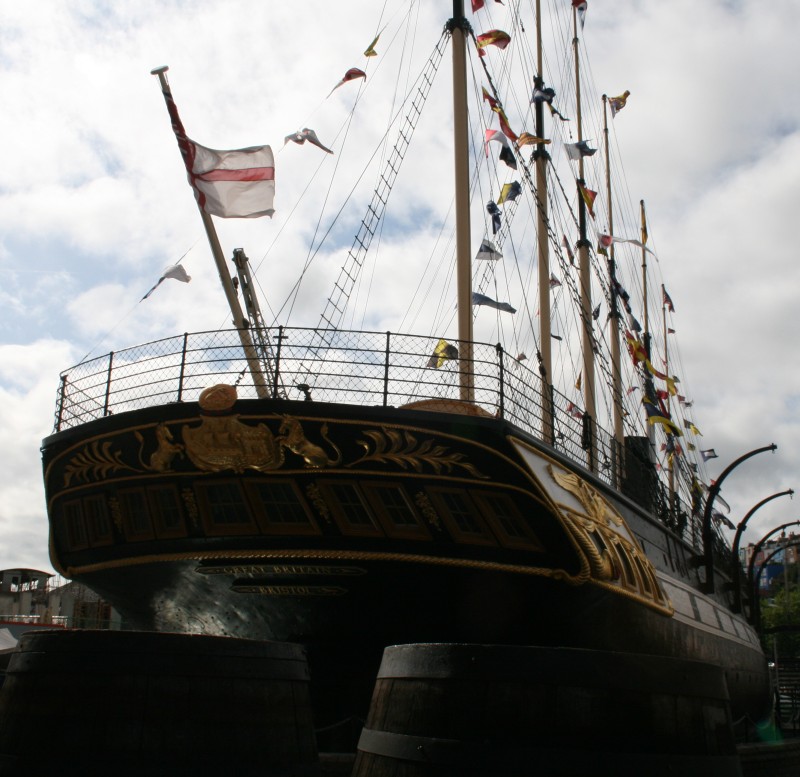 Brunel's SS Great Britain
The SS Great Britain was made of steel instead of wood, and had a revolutionary balanced corkscrew propeller. It was worth checking out. The ship is in an old dry dock, and there's a layer of water in glass at the water line. You can descend through that and walk around the hull. 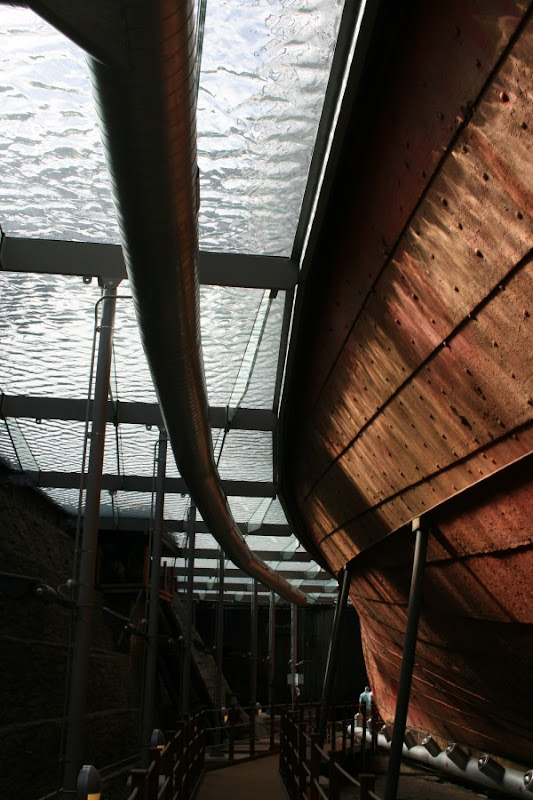 The SS GB logged over 1 million nautical miles at sea. In one incarnation, it took immigrants around the world to Australia and New Zealand. Hundreds of thousands of Aussies are descended from immigrants that travelled on it. 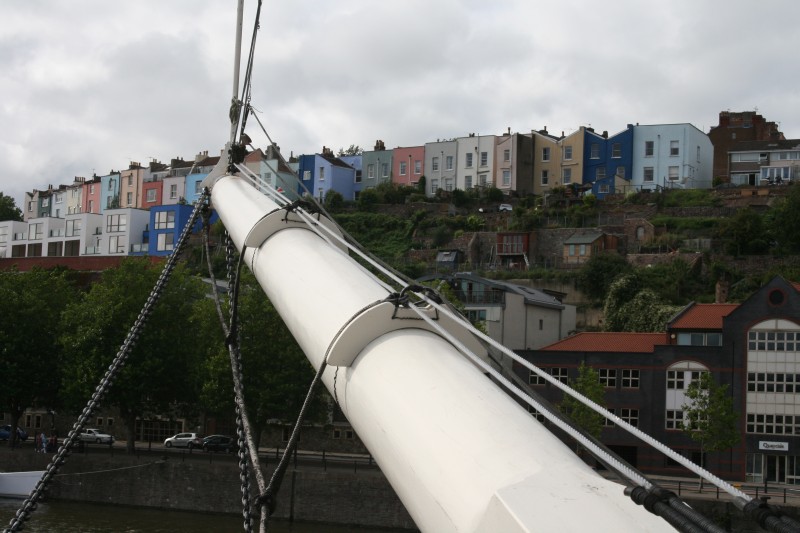 The ship was skuttled in the Falklands in 1934 (in shallow water), but refloated in 1970 and returned to Bristol.

While I was roaming, I found this: 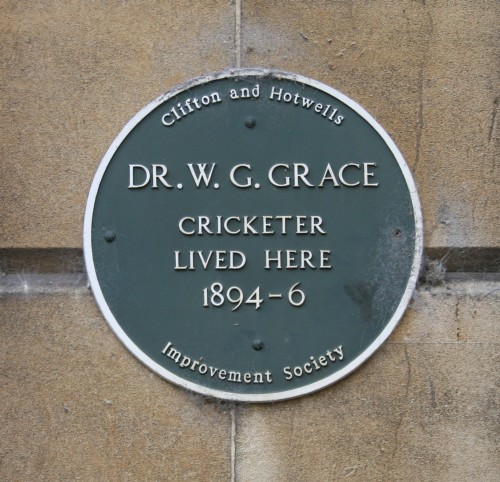 If you don't know the name, W.G. Grace was recently voted by Wisden as the greatest cricketer of all time. It was ridiculous of them not to pick Bradman, and most people felt it was just a stunt to draw attention to their list. Grace played in the 19th century, and was know to refuse to leave the crease just because he was out, on the grounds that the crowds had come to see him play. I know that would've helped my batting record.

This is St Peters Church in Bristol. This is about the best picture you can get of it. Up close it's messy and covered in chicken wire. It was in the centre of the shopping district, but it was bombed in the Blitz and the area was wiped out. The bombed out church has been left as a monument, but it's no Kaiser Wilhelm Gedächtniskirche (I assume). 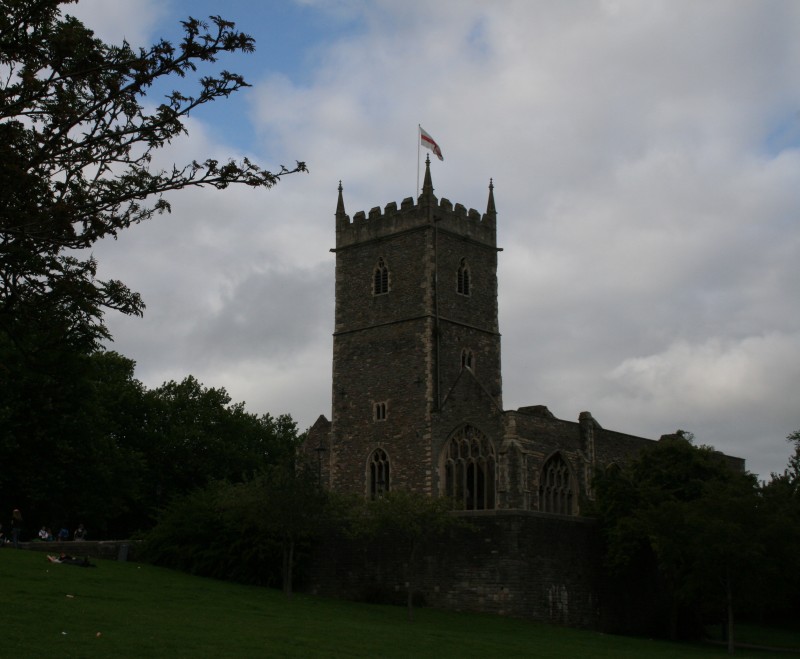 St Peters Church
If you want to see more about the Banksy exhibition, here's a video:
http://news.bbc.co.uk/1/hi/entertainment/arts_and_culture/8094839.stm

Gutted. And I passed up on U2 at Wembley to see the Banksy show. By the time I found I couldn't get into the museum, there wasn't time to get back to London for the concert.
Posted by James at 5:59 AM