To Studland: the Return of the King

My brain can only hold so many things. I have a mental list of places I want to see in Europe. Barcelona will be high on the list, and then I'll read about an interesting salt mine in Splod, Poland and forget all about Spain. It's like a Chinese smorgasborg where you want to keep eating the cashews out of the sweet and sour chicken, but the next tureen has wontons. There's only so much space on the plate.

But one place that has remained prominent on the list for a while is Corfe Castle (it's the spring roll of the list). It's down south, near Bournemouth, and was Enid Blyton's inspiration for Kirren Castle in the Famous Five novels. I re-read them recently and they're dreadful, but I have a nostaglic soft-spot for them, none-the-less. South-West Trains has a special deal at the moment where you can go to anywhere on their network for 10 pounds return. Trains are stupidly expensive here, so that's a great deal. To Bournemouth! 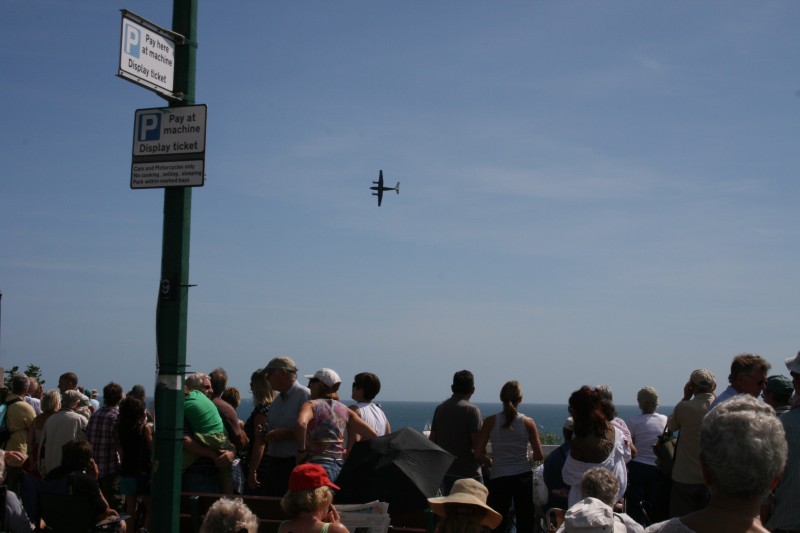 One thing I've noticed is that the boringness of planes seems to speak to the English. Air shows are really popular here. Personally, if I want to see a plane with smoke coming out the back spiralling towards the ground, I'll fly Qantas.

I set off along the road west towards the ferry that crosses the harbour to Studland and the castle. It was agonisingly slow because there were people everywhere. 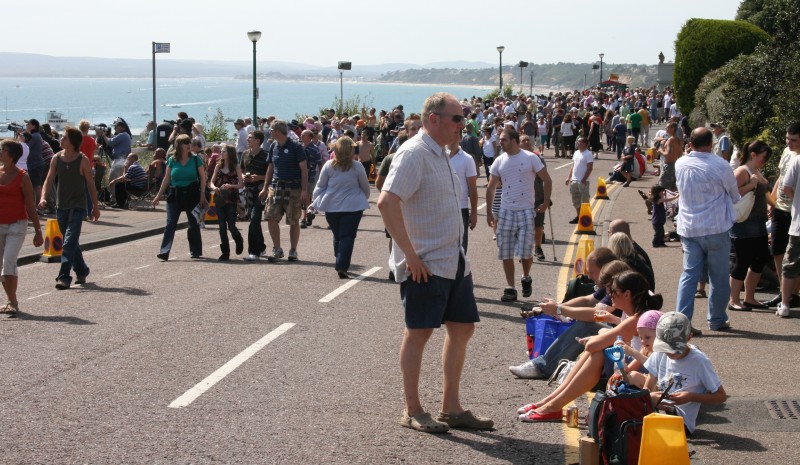 Queue to Look Over the Railing at the Beach
Notice the child sitting on the curb, clutching a plastic spade. How sad is that? 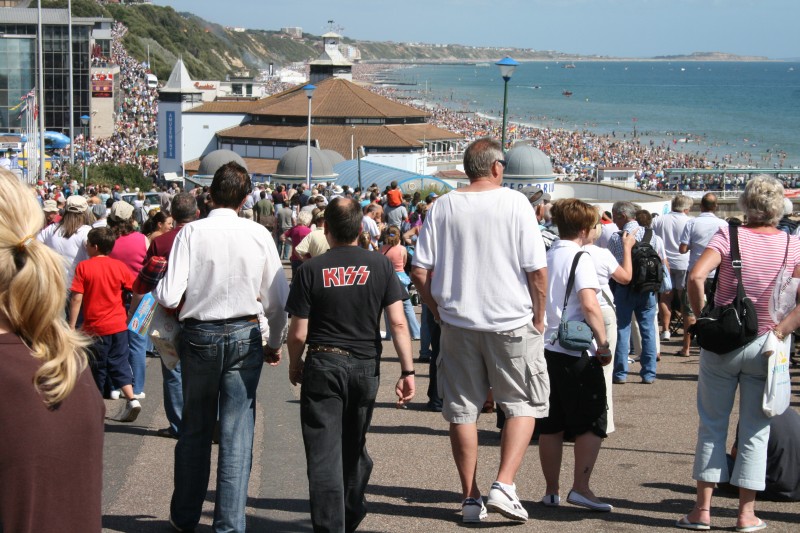 All of Humanity, Standing on a Beach
There is (or, was) a Banksy stencil on the leg of the pier (it says "Buried Treasure", and has an arrow pointing downwards into the sand). Could I get anywhere near it? Not bloody likely. At this point, Banksy's artwork is mocking me on a weekly basis. 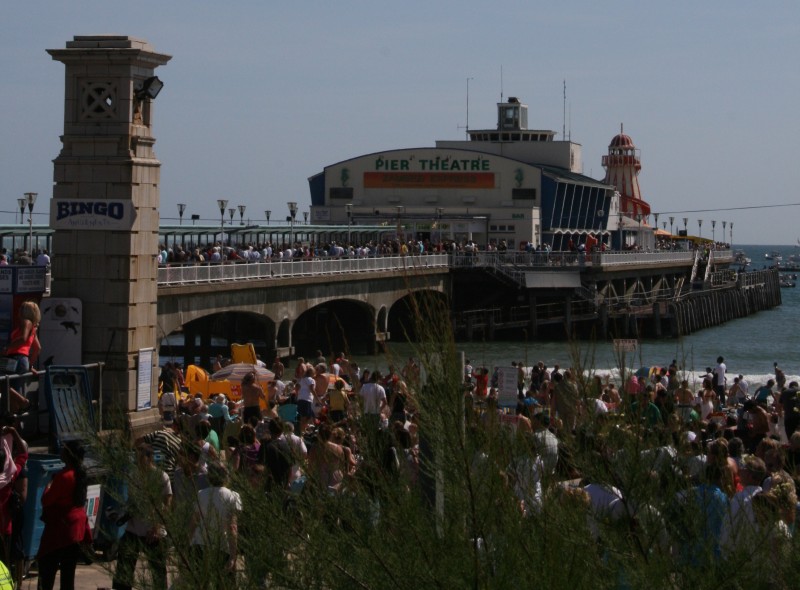 Here are some shots from the air show: 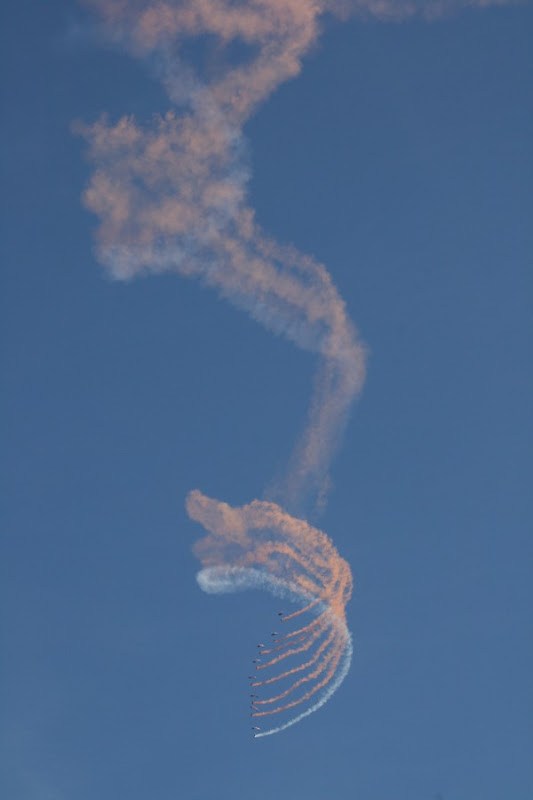 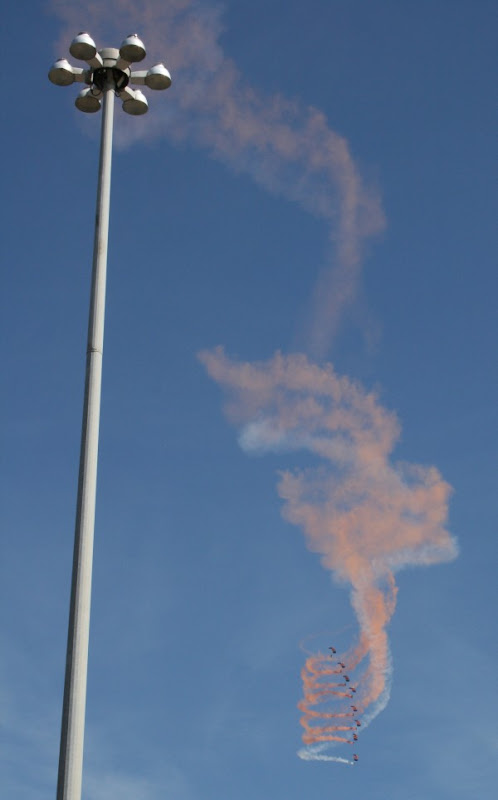 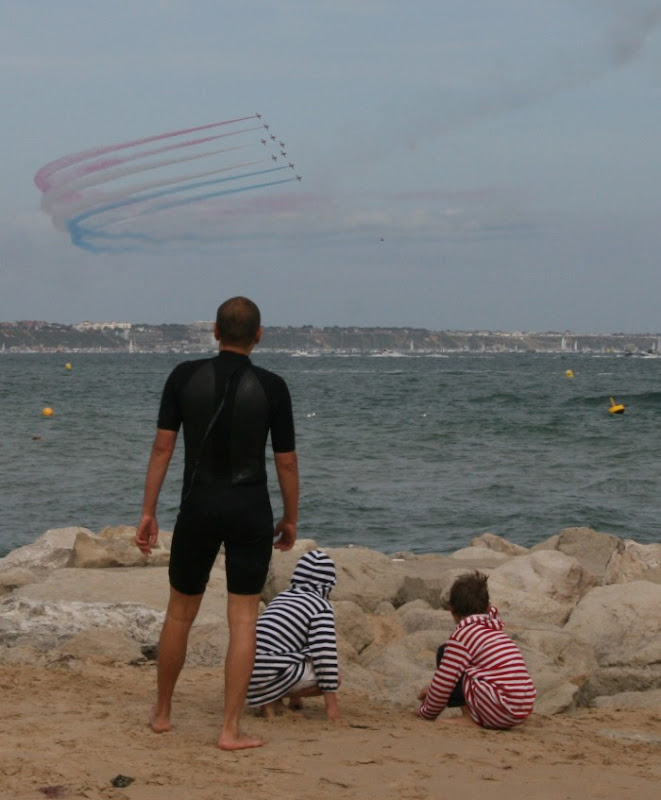 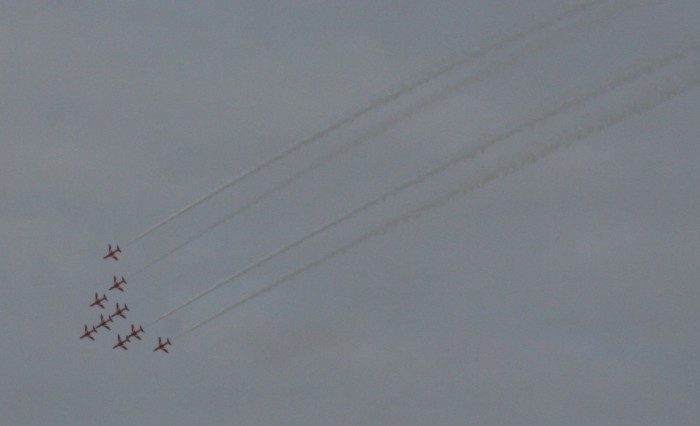 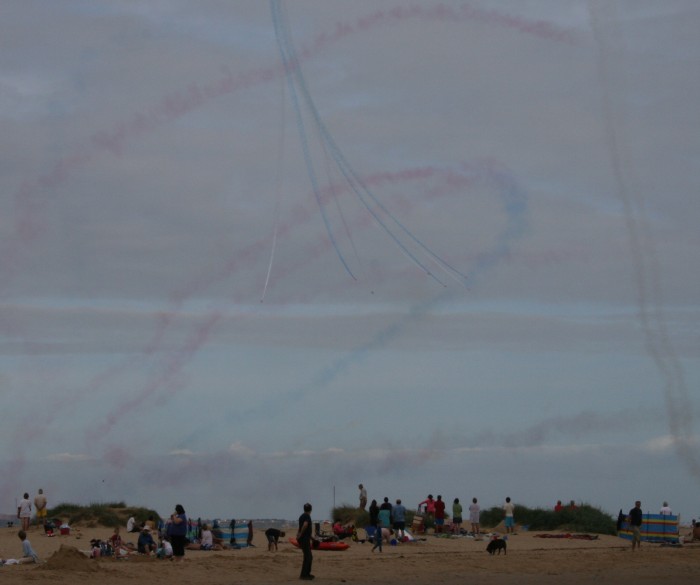 Once I got along the clifftops a bit, there were fewer people and things improved. I dropped down one of the chines and walked along the waterline with my shoes off. The chines are the small gullies that run down from the clifftops to the beach. In the 18th century, this area was largely deserted, and smugglers used to use the chines to carry goods inland. 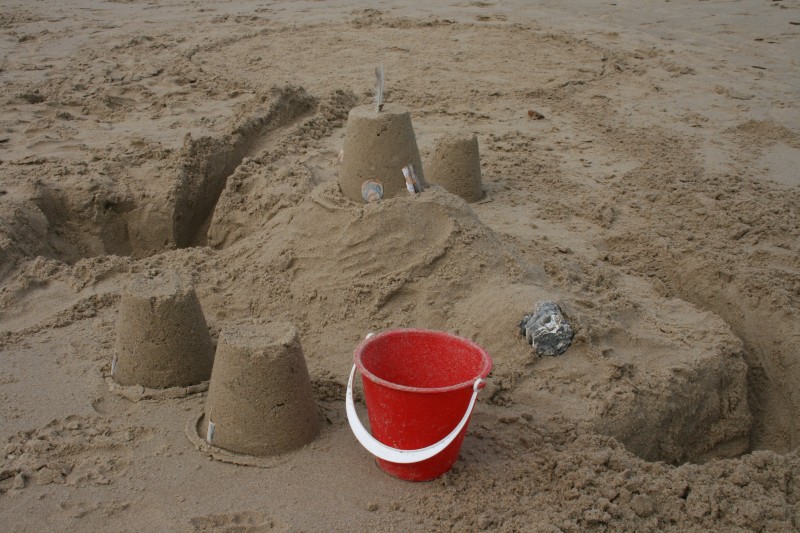 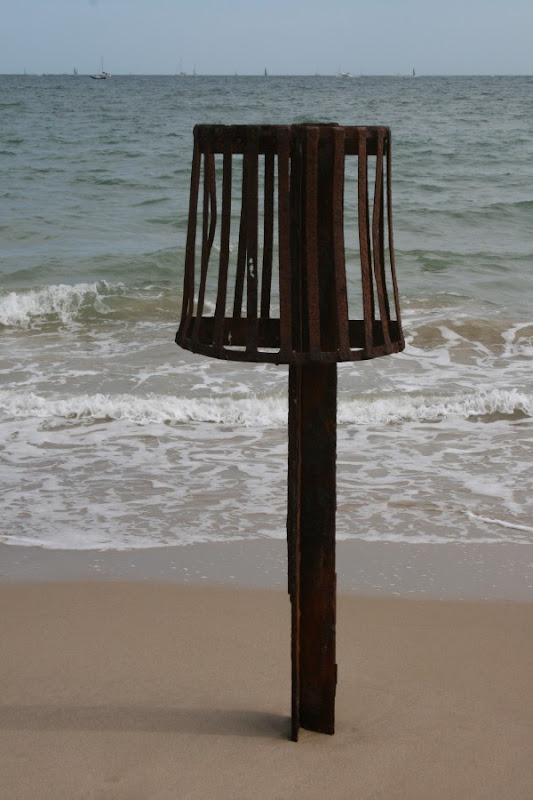 I was hoping to make it to the castle in about 2 hours, but it took me 3 hours just to get to the ferry, which is still many kilometers from Corfe. I had already walked about 10km along the beach. I think I screwed up my Google Map scales again. 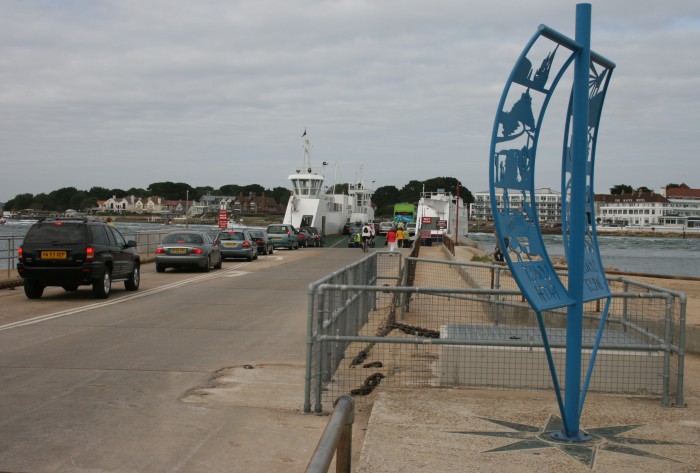 I went across and at Studland there was a notice warning of:
1) A naturist beach
2) Unexploded ordinances from practice D-Day landings
Those are 2 types of package that I want to avoid stumbing upon. So I caught the ferry back, got on a bus to the station, and then tried to catch a train along with 999,999 other people.

When I eventually got onto a train, I was crammed in next to a woman from Belfast. As an icebreaker, I mentioned that I'd just been to Dublin, and she mentioned that they loathe the Republic of Ireland and that her uncle was an IRA commander. Yikes. Do I know how to make friends or what?

So, there you go. At least I got out in the sun and got to see the Bournemouth albino walrus colony and ... those were English sunbathers? Oh God, it was all just awful. After 2 weekends of abject failure, next weekend I'm going to wedge a chair against my bedroom door, crawl into my sleeping bag, and pull the drawstring really tight. You can't eat smorgasborg every week.

Corfe Castle (Somewhere Over There...Bugger)
Posted by James at 3:18 AM

Good to see you got off the train at Bournemouth. Our hometown is Weymouth, the end of the line. DG

Was Weymouth the one that the tramps ride to, because it's the end of the line? I guess it's appropriate for Kiwis to get off one stop short of there...

hehe I was in Bournemouth that weekend KBS