Why Don't You Como-ver to Italy

You may recall that I visited Italy and Switzerland in April. I went almost straight from there to Sweden, so I didn't finish writing up that trip. It's pretty quiet here right now, so I thought I'd catch up on the missed posts. At this point I'm relying pretty heavily on my Dad's travel diary, so if I say anything uncharacteristically insightful, it's probably stolen from him.

From Bergamo we drove to Brunate, which is a village on one of the mountains above Lake Como. 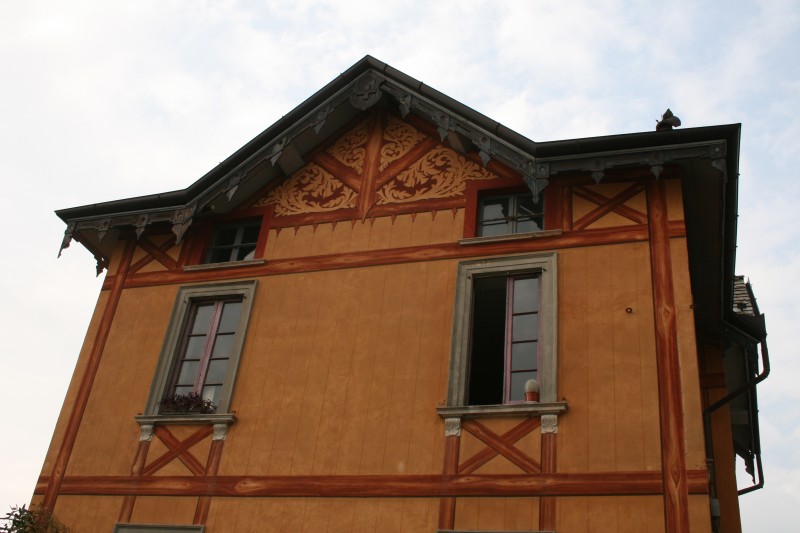 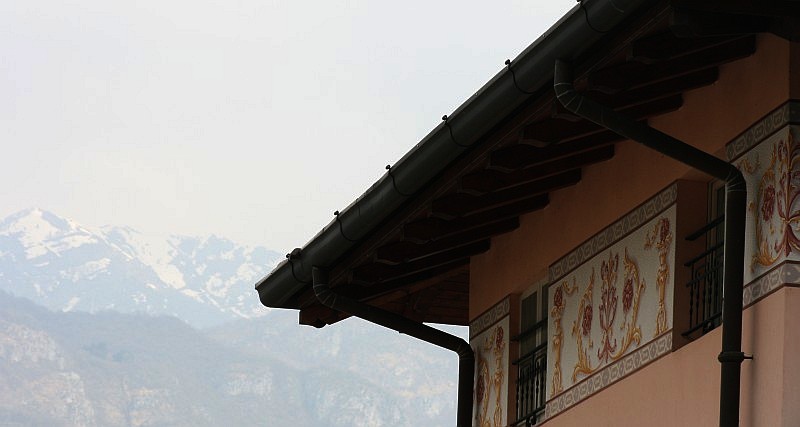 The seasons were in the transitional phase. It was at times cold and misty, and at others quite warm and balmy. The last snow had receeded to the mountain tops.

From Brunate we climbed up to Volta's Lighthouse Tower at the top of the mountain. Volta was the bright spark who, in a flash of inspiration, discovered watt an electric cell does. 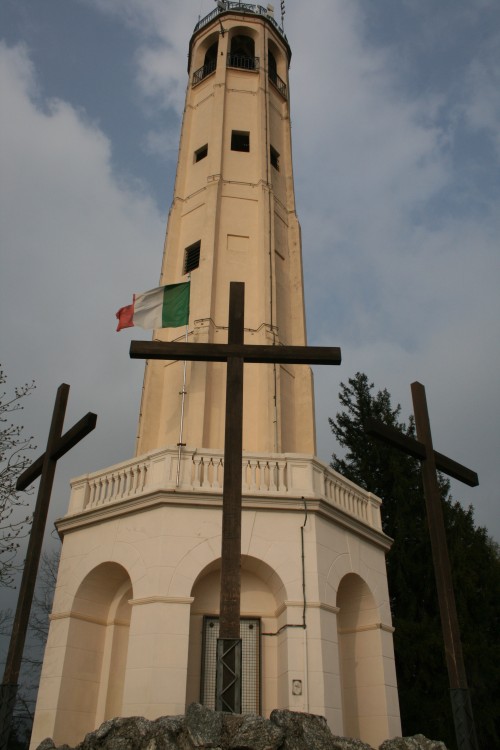 The next morning we took the funicular down the hill to Como. 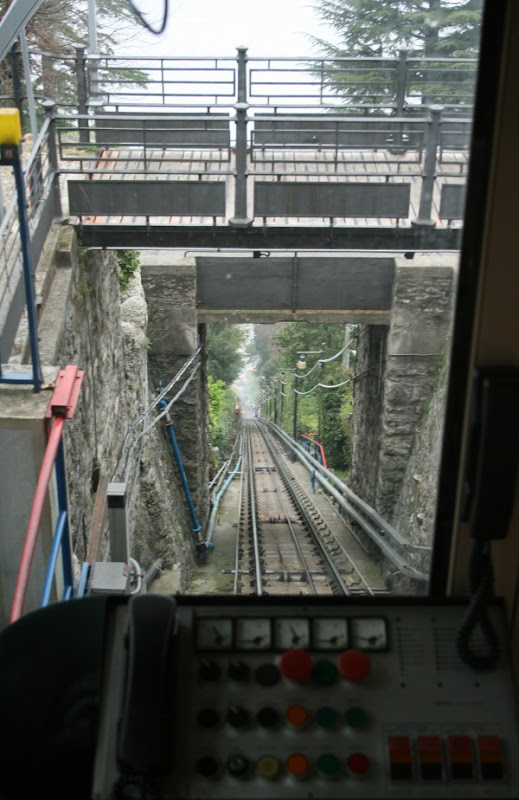 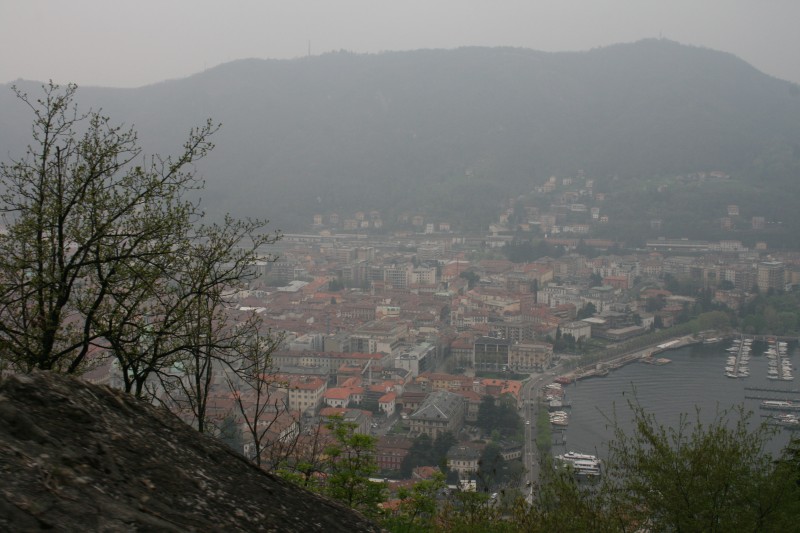 Como in the Mist
Lake Como is shaped like an upsidedown "Y", with the town of Como at the extreme south-west. We took a boat trip along the lake, which is about 50km in length. 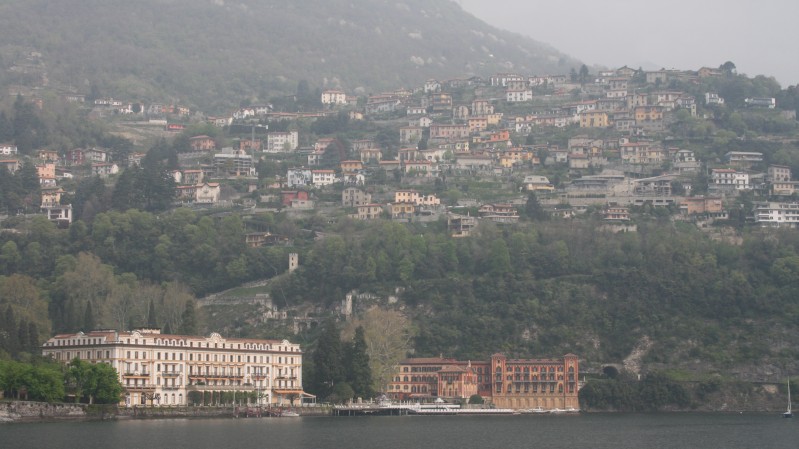 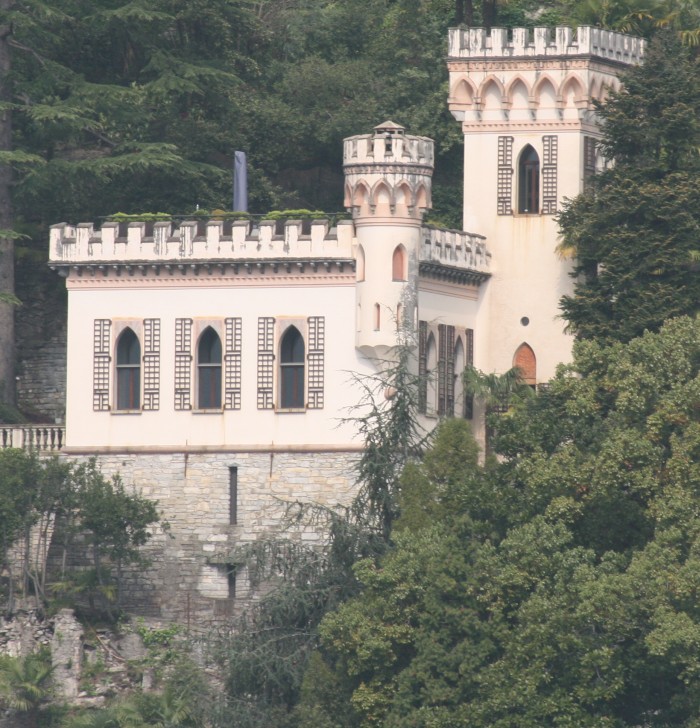 Answering the question: Can you build an impressive castle out of cardboard? 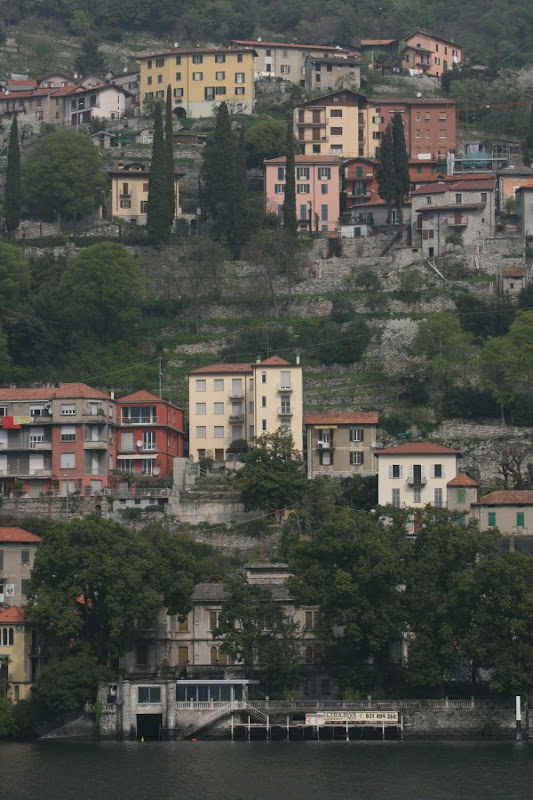 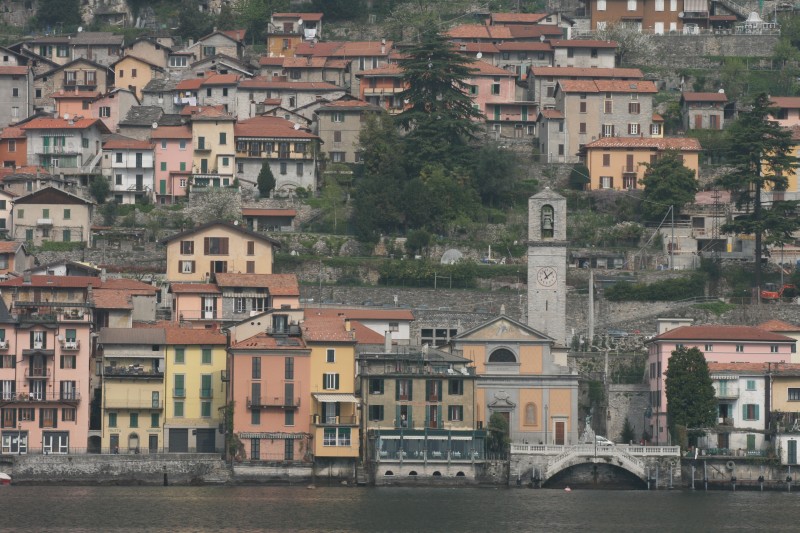 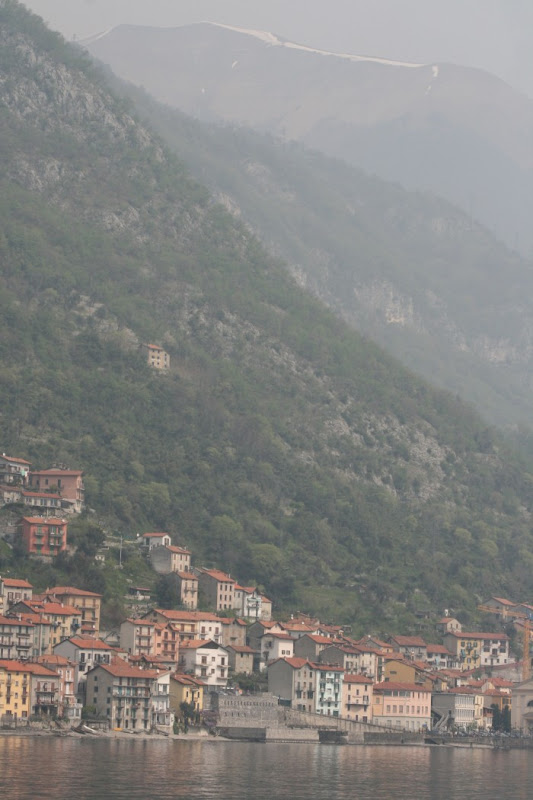 Halfway along the lake we stopped at Tremezzo, where we had lunch in the gardens of the Villa Carlotta, the former home of the princess Charlotte. 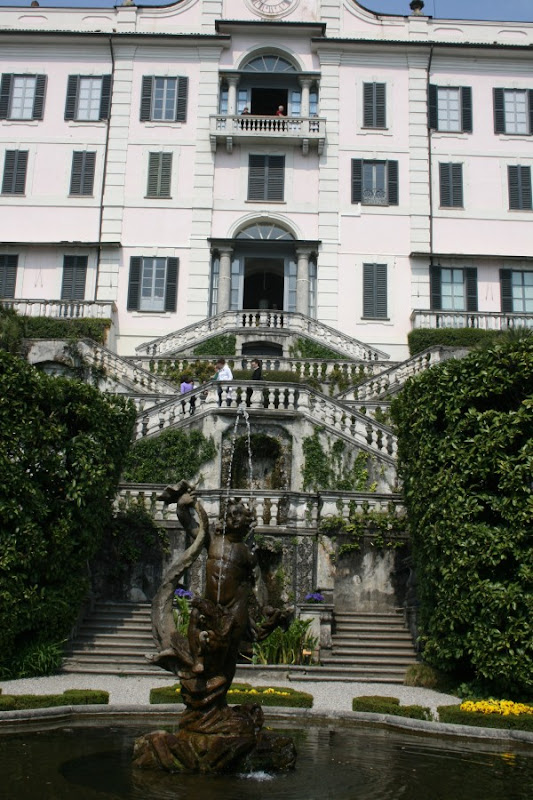 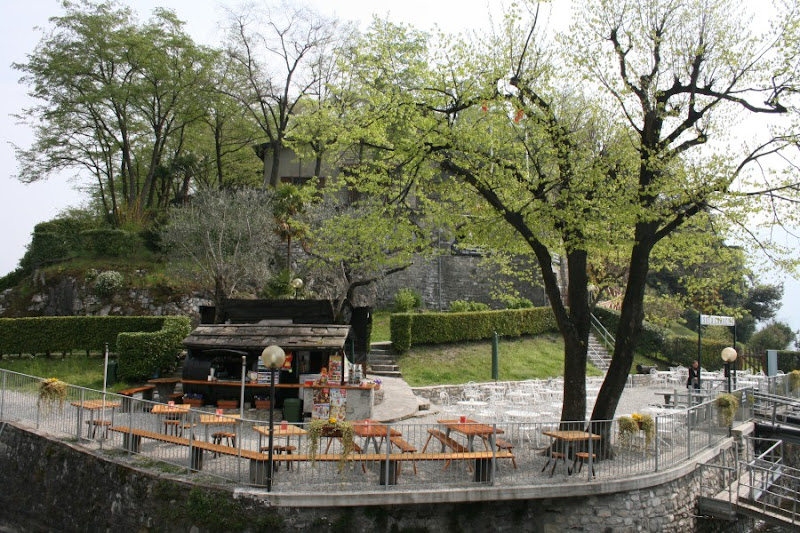 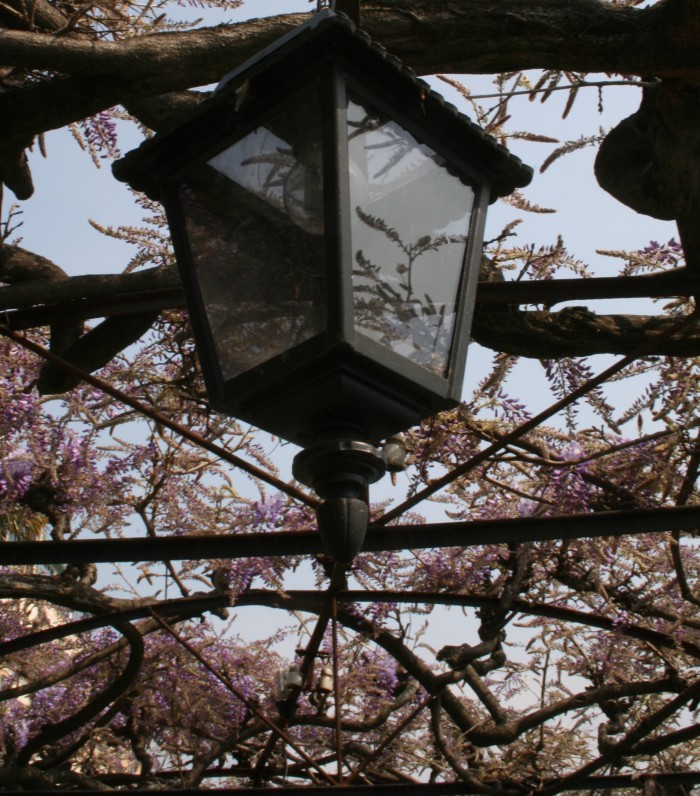 Walking Along a Wisteria Lane 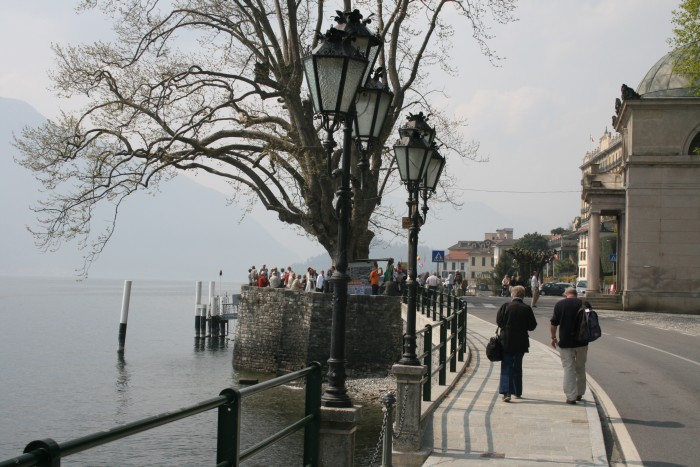 Don't they look like they've enjoyed the last 72 hours of my incessant chatter?

From there we took the boat to Bellagio, at the junction of the three parts of the lake. A very pretty town, overrun by tourists. 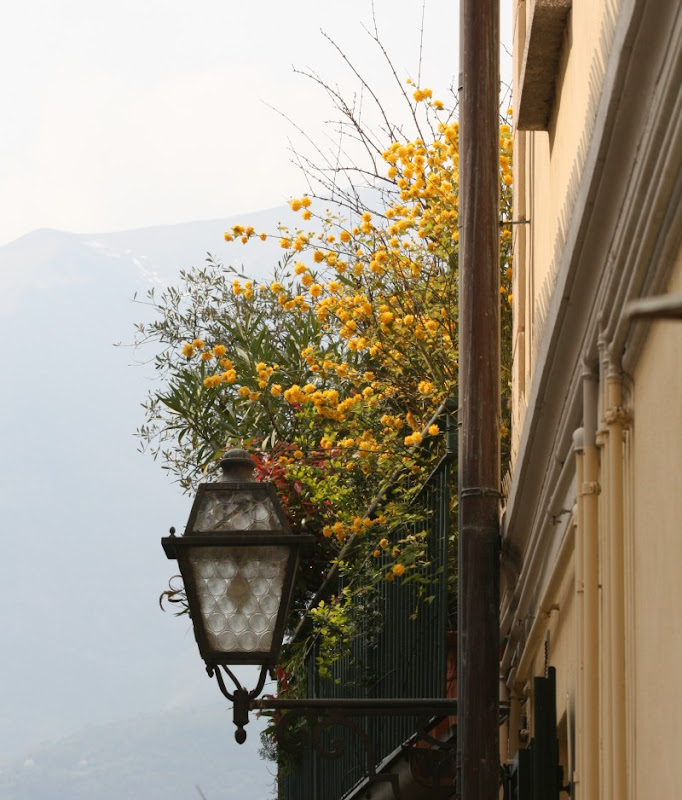 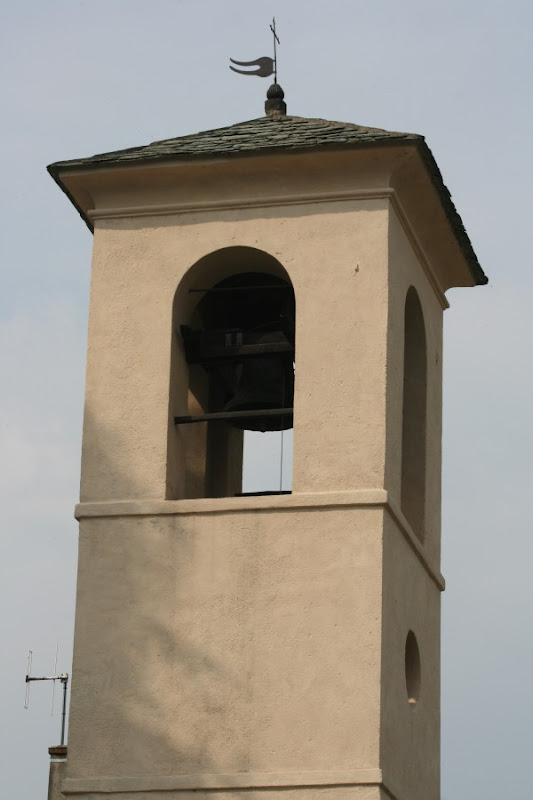 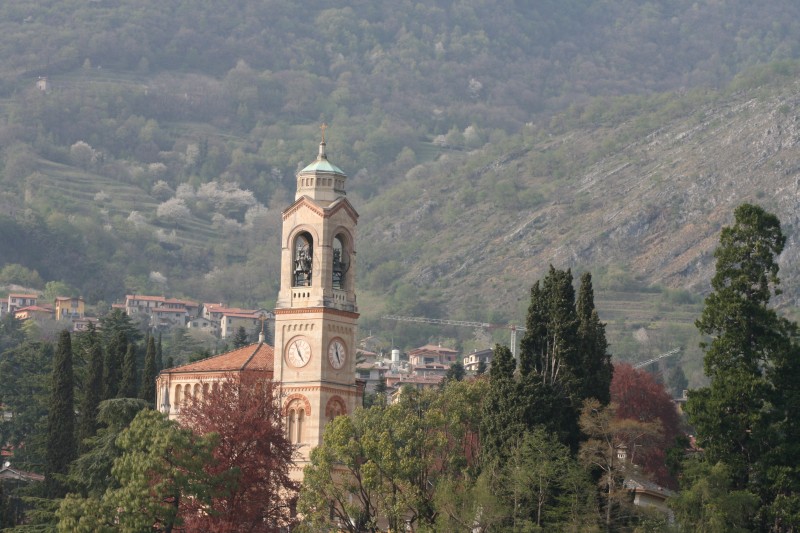 This last image may interest some of you. I took this picture just by chance, but the house just out of shot to the left is George Clooney's famous Como villa. I was hoping to have a chance to dispell the rumour that he and I are one-and-the-same person, but alas our paths did not cross. 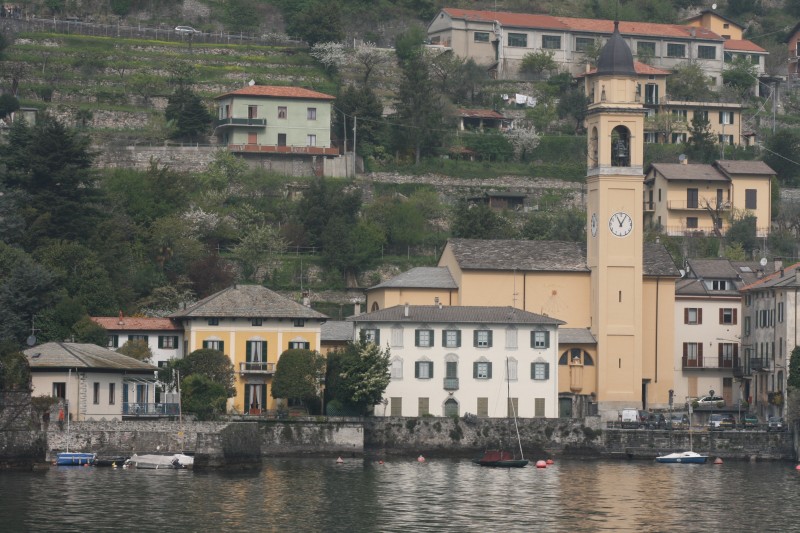