Since I had such a brief amount of time in Berlin, I had devised a pretty intricate schedule. Saturday was for getting there, going to the museum island, and seeing the giant puppets. Sunday was going to be a day trip out of the city to Potsdam.

But I simply couldn't work out how to get there. I took the S-Bahn to several stations and spent ages waiting around for trains that never came. Hours passed, and the day began to dissolve away. At one point, in frustration, I shouted "You rat bastard!" at a train timetable, only to find a guy was leaning right over my shoulder to read the schedule. He didn't see too upset by it.

It turns out the wheels have come off the S-Bahn (um, literally). A whole bunch of the lines were shut down in July because the wheels on the trains are cracking and the Potsdam line is one of them. Workers have to replace 4800 brake cylinders on the trains. This has put quite a dent in that effective-German-rail myth.

I didn't learn this until later, though. As far as I knew, I was just the dumbo who couldn't work out how to get somewhere on a train. So instead I juggled the schedule and detoured to Monday's location: Charlottenburg. Charlottenburg is a former palace of the Hohenzollern dynasty, dating from the late 17th century when it was built by Frederick I of Prussia and Queen Sophia Charlotte (after whom it is named). The interior is impressive, but photos are banned.

I had a rotten time trying to get pictures in the grounds that weren't over- or under-exposed. The pitch black sky really confused my camera. 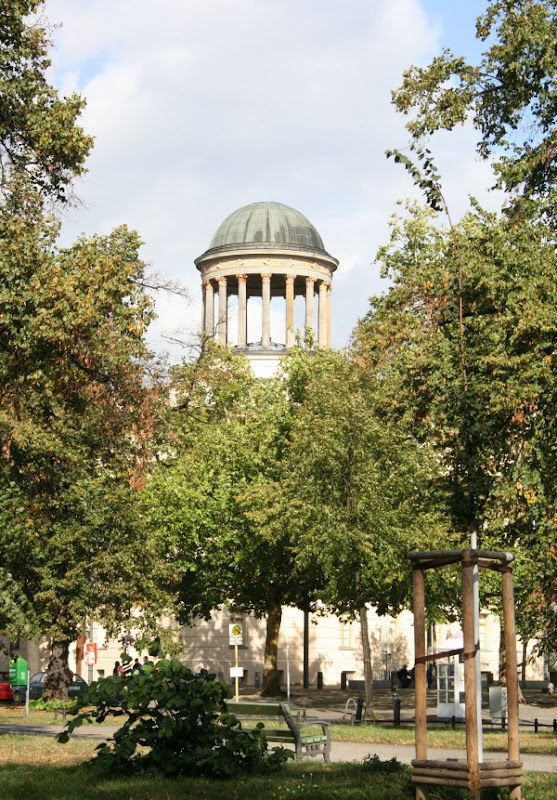 One of the Many Museums in the Area 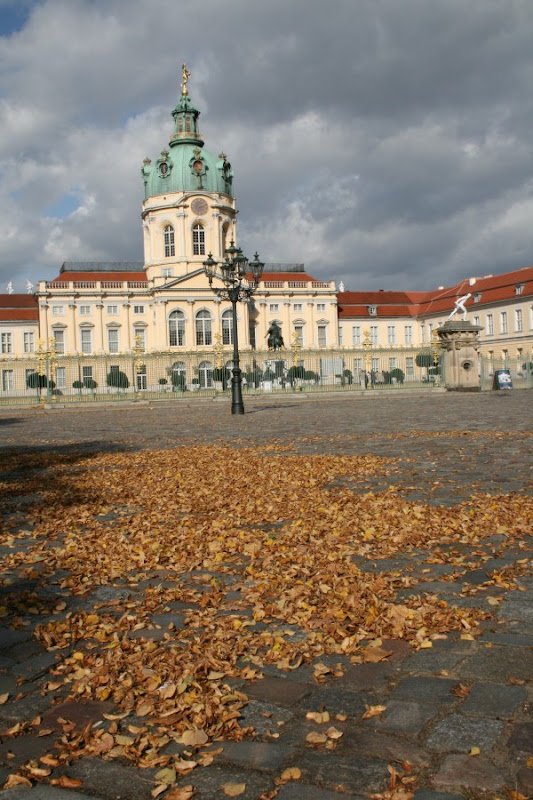 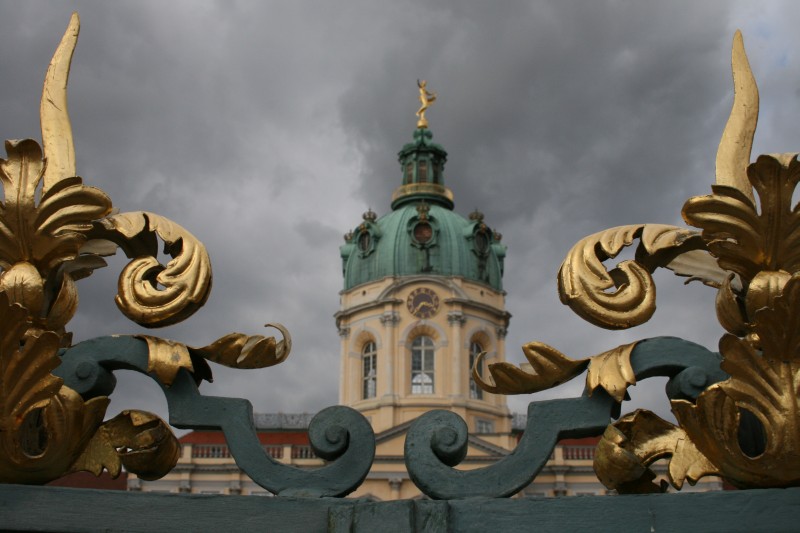 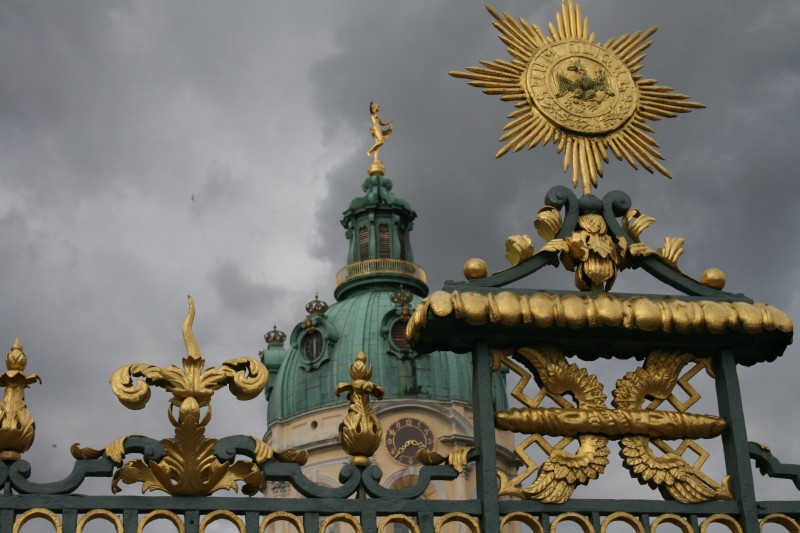 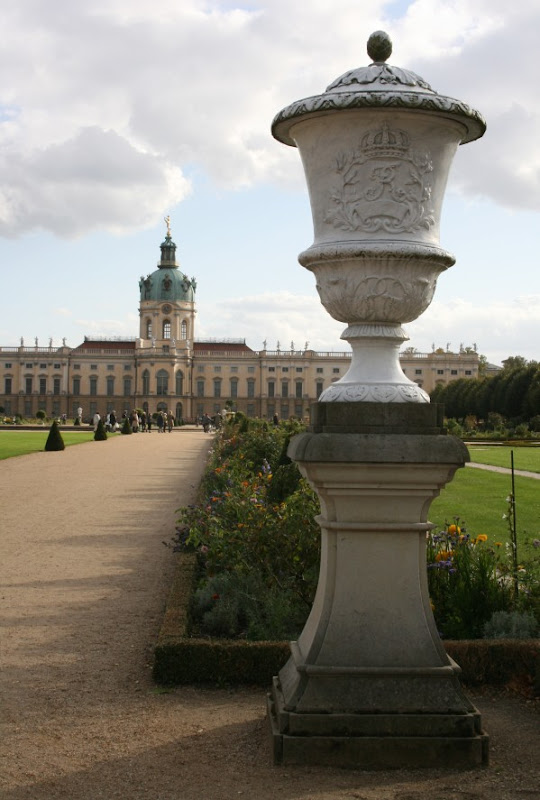 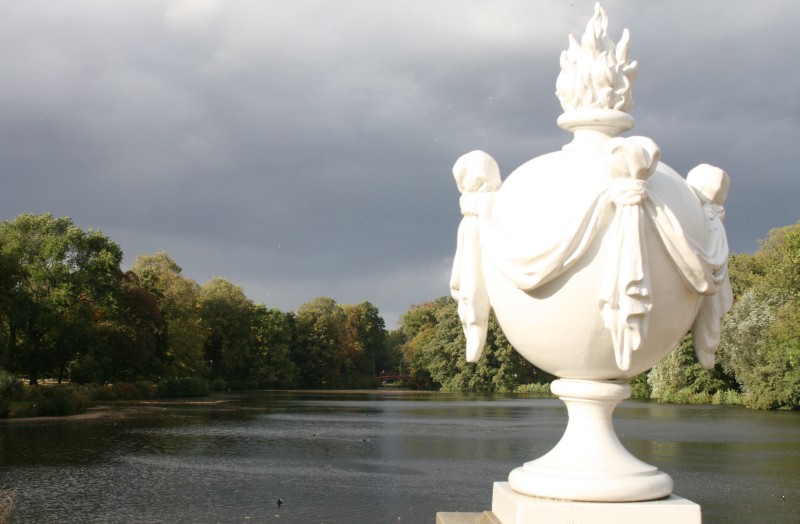 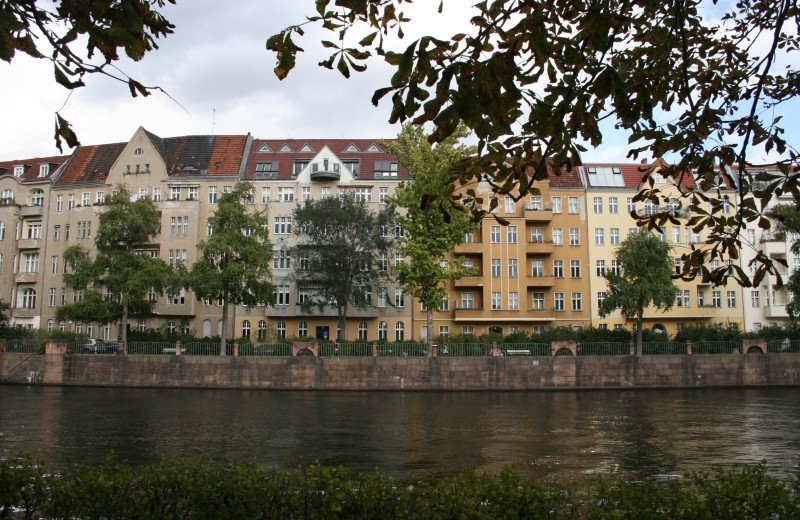 Upon finishing the tour, I bought a snack at a bakery. They really do some good snacks in Germany. This thing had about 7 layers of chocolate, and then had a chocolate coating, and was about the size of a toaster. It was so large and rich that I got the shakes after eating it. 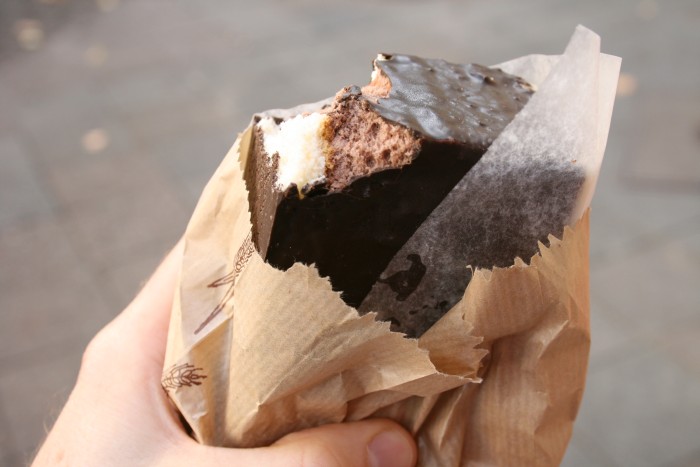 In fact, everything I ate that day was great. For lunch I had a Turkish falafel. I've missed them - English kebabs are terrible. For dinner I had a goulash in a German theme pub playing bad oompah music. It was outstanding (the goulash, not the music). I've been trying to replicate it since I got home, but I haven't got the richness right. Maybe I need to add cream or something.

In that pub, I sat facing a small square of cloth stuck to the wall. It was from when Christo wrapped the Reichstag in cloth.
Posted by James at 1:45 PM

These postings are both educational and puzzling.

Educational in that I now know a bit more about Christo and his stunningly ugly wife, but I'm not sure that knowledge of wrapping up buildings adds anything to the sum of human wisdom.

Puzzling in that how do you make a bad kebab? It's a kebab, for goodness sake - end of story.