I had one full day to spend in Zakopane. There are a lot of good walks and I was determined to do one, but I wasn't sure which. I asked the woman running the pension if I could walk up one of the most famous mountains (Giewont), but she seemed to feel it would result in a lot of unnecessary paperwork for her and the local coroner. She scribbled some place names on my map and I headed out.

As I set off to explore, I stopped at one of the little carts on the main street and bought what I thought was a glazed cake. 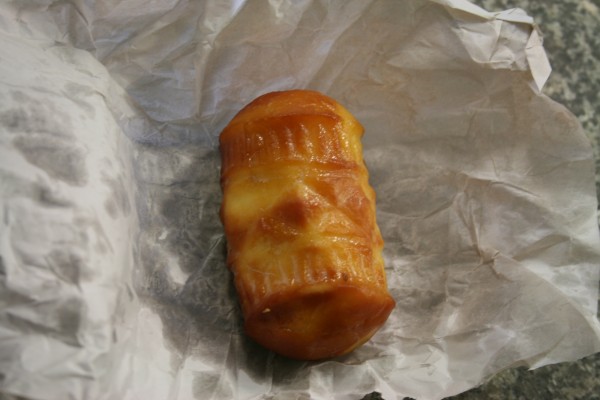 It turned out to be about half a kilo of ewe's milk cheese. That is the signature food in the Tatras.

I took a cable-car up to Gubalowka. Gubalowka is a town not far above Zakopane, and it is quite cute, but I was surprised that it wasn't more impressive. I was sure that I had read about the cable-car going far up into the mountains as a must-do activity. 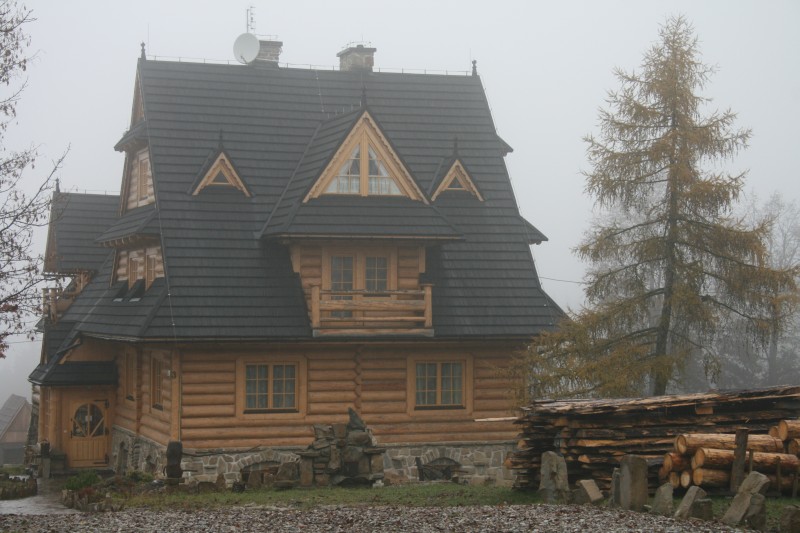 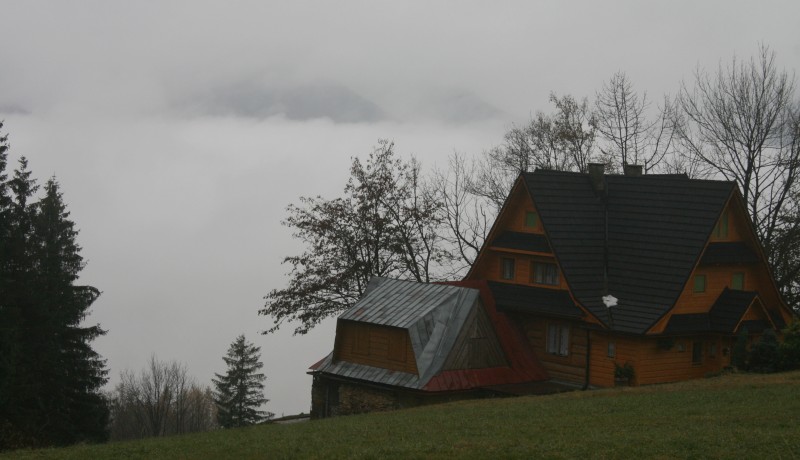 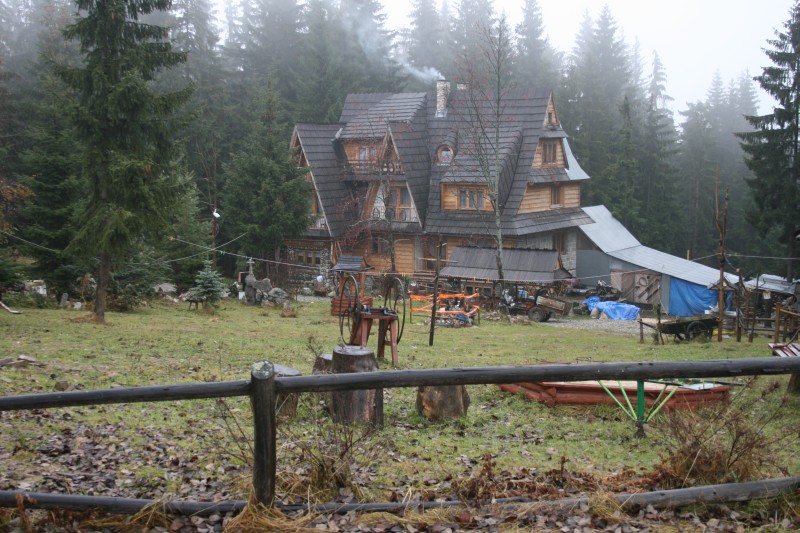 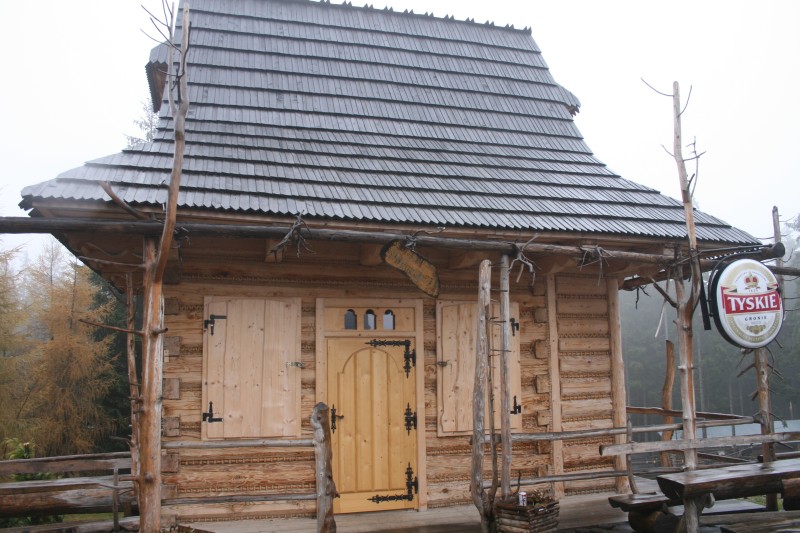 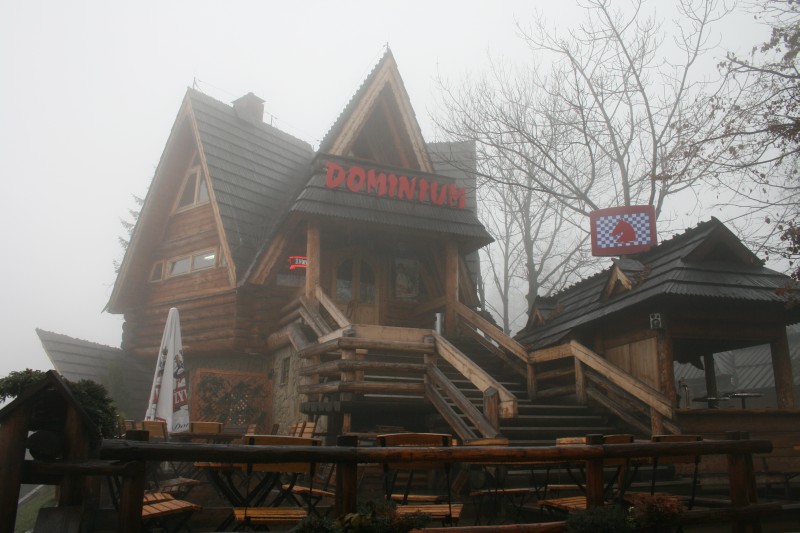 I wandered along the tops to the next village (Butorowski Wierch), but there wasn't much to see and I headed back down to Zakopane.

At about this point, I began to notice something. Everyone was looking at me. I feel that way wherever I go, but here there was no doubt that everyone was staring at me.

I was wearing shorts. Even for hiking in the rain in Poland, they only wear jeans. Someone wearing non-denim trousers without any cloth below the knee was unheard of. People would walk past me, and then I would see them nudge eachother and look back at me. When I walked through the market, a woman actually came up to me and spoke to me at length about my legs.

I've narrowed her meaning down to:
It was frustrating that I couldn't explain to them that for hiking in the rain, shorts make more sense than slow-drying heavy fabrics, but my Polish isn't quite at that level.

I caught a random mini-bus to Kuznice, which was one of the names the woman had scribbled on my map. It turned out to be the start of the cable-car that I had read about. The Gubalowka one was just a tiddler compared to this one, which climbed to the top of the Tatras at 1987m. The weather up there was even more... inclement.

A few weeks ago in the comments, I stated that I would never put a picture of myself on the blog. Scratch that. 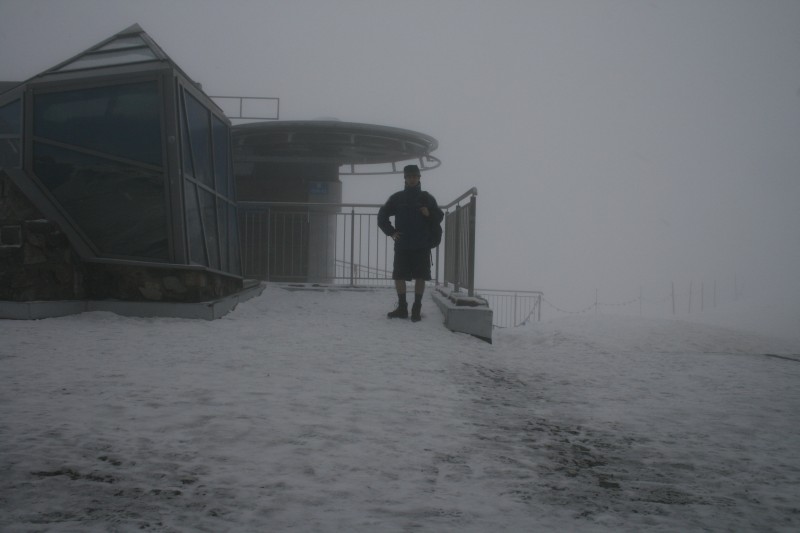 Me, in Shorts, in a Blizzard, on top of the Tatras
It's called Kasprowy Wierch, and that point where I'm standing, more or less, is the Polish border with Slovakia.

A number of professional-looking climbers were also at the top of the cable-car. They were all wearing expensive full-body waterproof climbing gear. They ate an expansive lunch out of their tramping packs, while I slumped in a corner with my shorts and gnawed on my block of cheese. I was back to feeling like the poorest person in the room again. Outside, I climbed up the bank a bit, so I like to think I was over 2km up.

Any thoughts I might've had about going further were quickly dispelled by this poster: 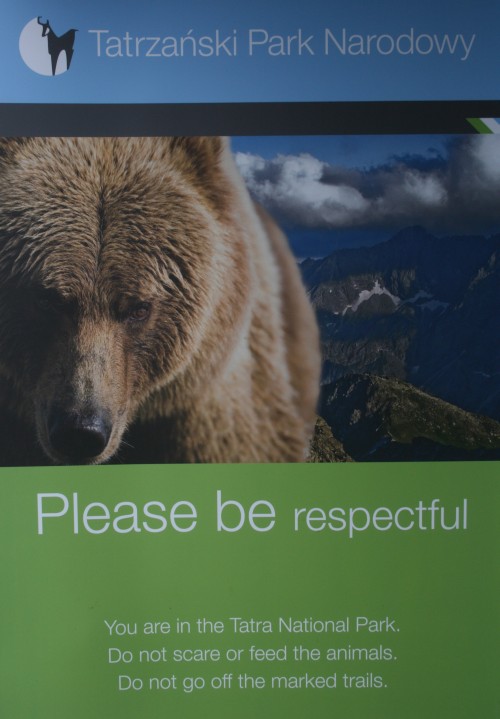 Not providing a meal for a bear was foremost in my mind, although I can't imagine they're stupid enough to be out in that weather.

After I got down from the cable car I got on a mini-bus to the next place-name scribbled on my map (Dolina Chocholowski), but it was getting dark and the bus driver stood around talking to his friend for ages. So I reluctantly gave up and got off the bus. I'll just have to go back and hike some of the valleys in the Spring.
Posted by James at 1:29 PM