My work have stepped up their demands that I take more holidays. They've gone from pestering me to pestering my boss. So I've been on another trip: Poland.

I liked it. But let me tell you, if you think England is cold, it's got nothing on Poland in November: Talk about dismal. I expect just the act of looking at these photos to give a couple of you pneumonia.

I started in Krakow. A few months back I spoke to a Polish woman at a party, and she said it's a much better visit than Warsaw. It avoided damage in WWII, so it still has a lot of history. The pound is very low against everyone except the US dollar, but Poland is still on the Zlotych, so it's relatively cheap.

Krakow has a beautiful historic city centre. It's a UNESCO Heritage Site. It's located near the huge Wavel Castle overlooking the Vistula River. 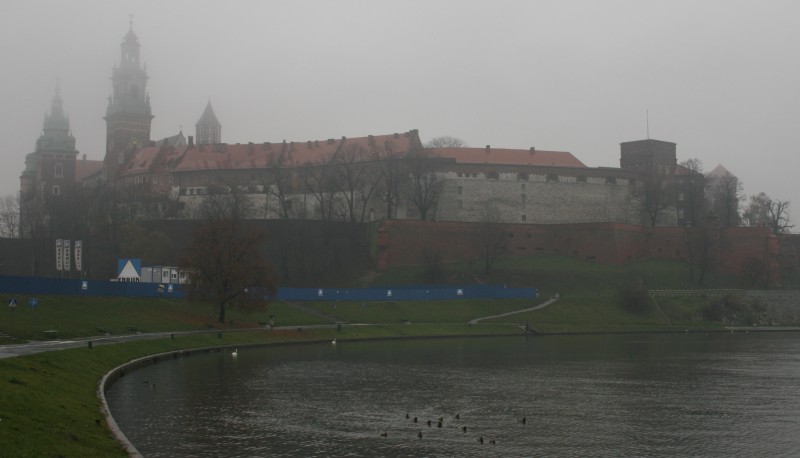 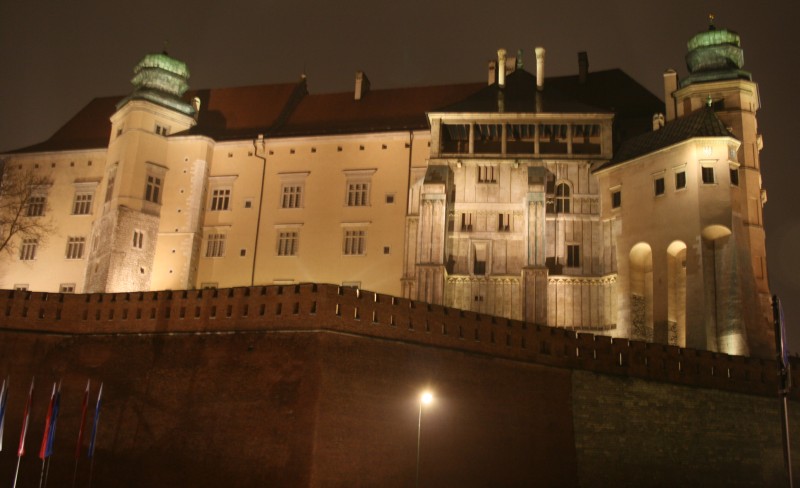 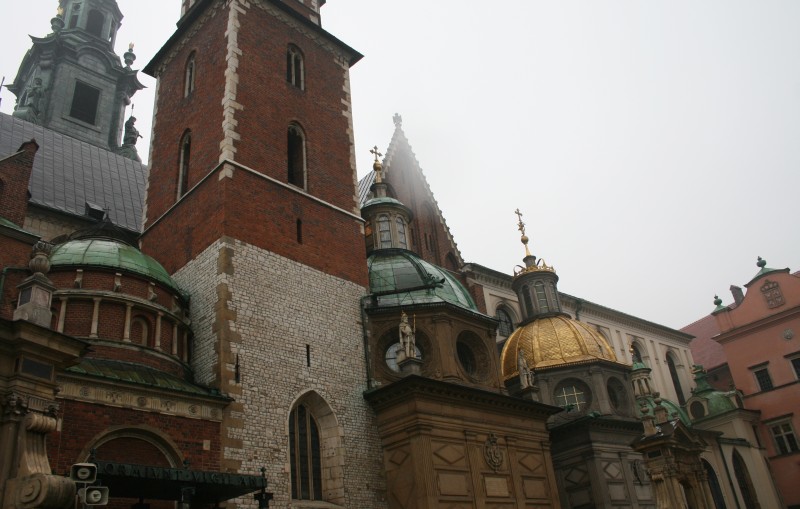 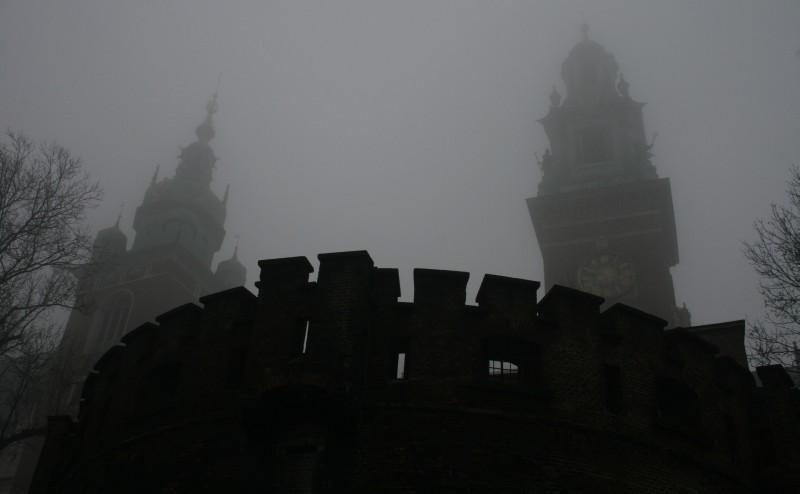 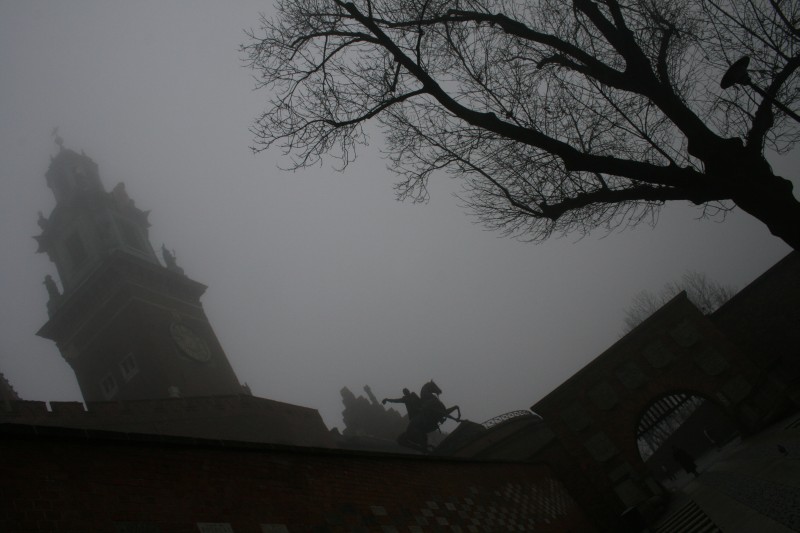 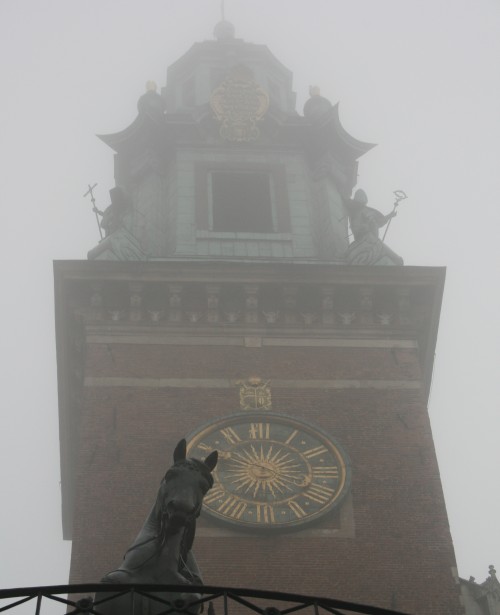 Below the castle is a cave that is known as the Dragon's Cave. (Here's the story, if you're interested). It's supposed to be an excellent visit, but was closed for the Winter. But I did see the dragon outside breathing fire. 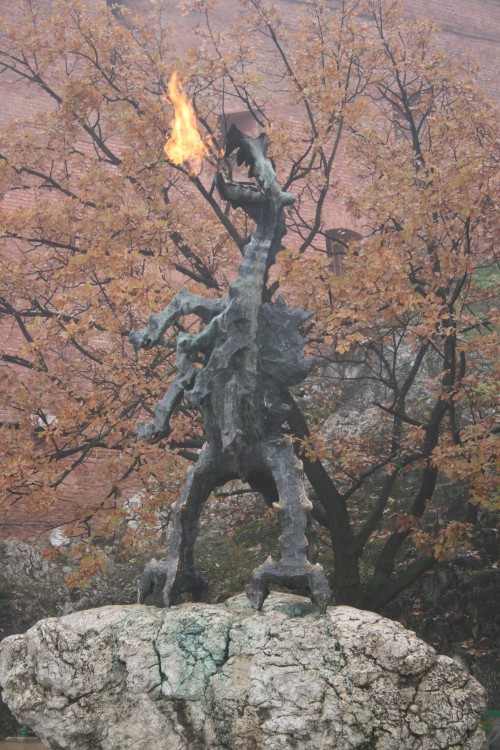 On the other side of the Old Town is the Barbican, built in 1498 and based on Arabic architecture. 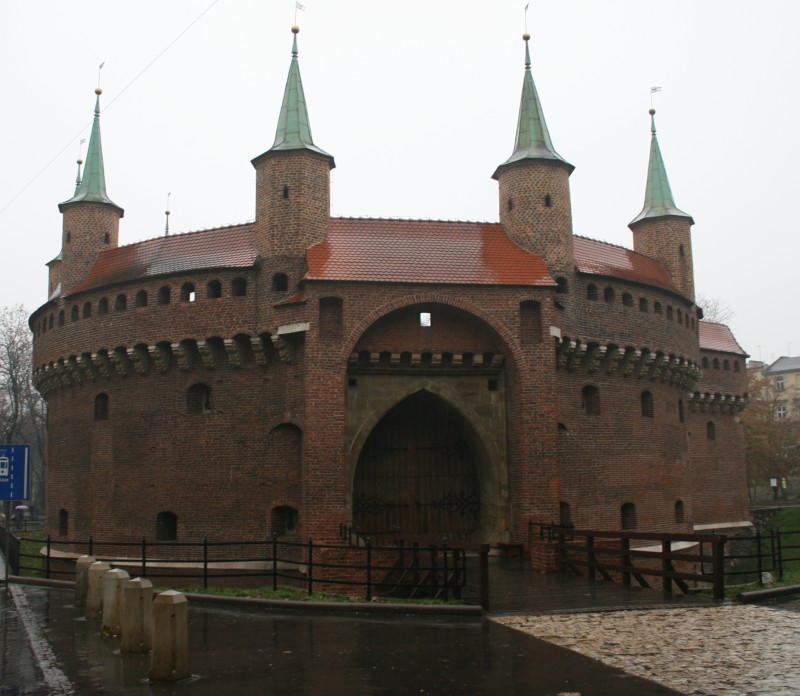 The centre of the Old Town has a ton of old buildings. I can't name all of these. 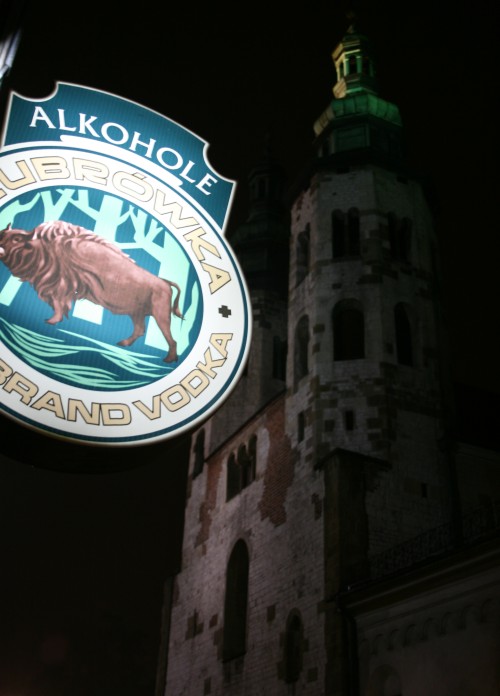 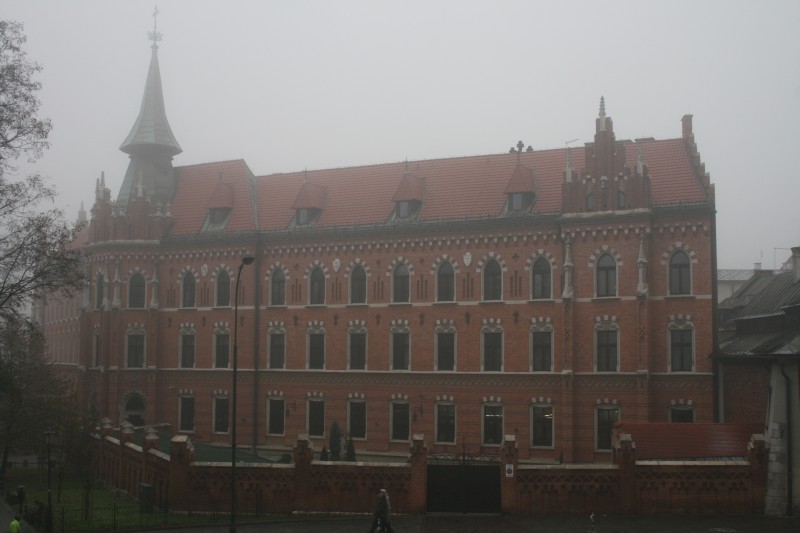 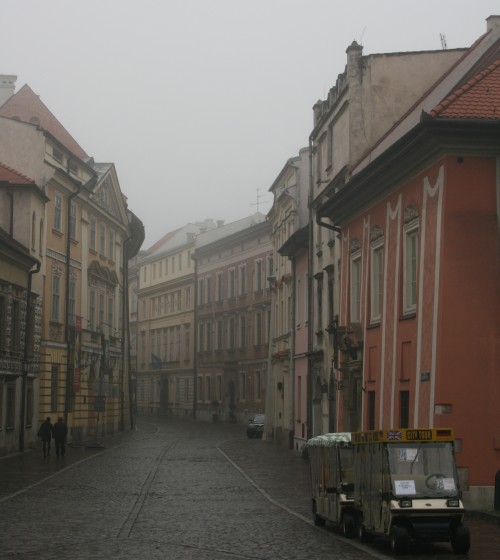 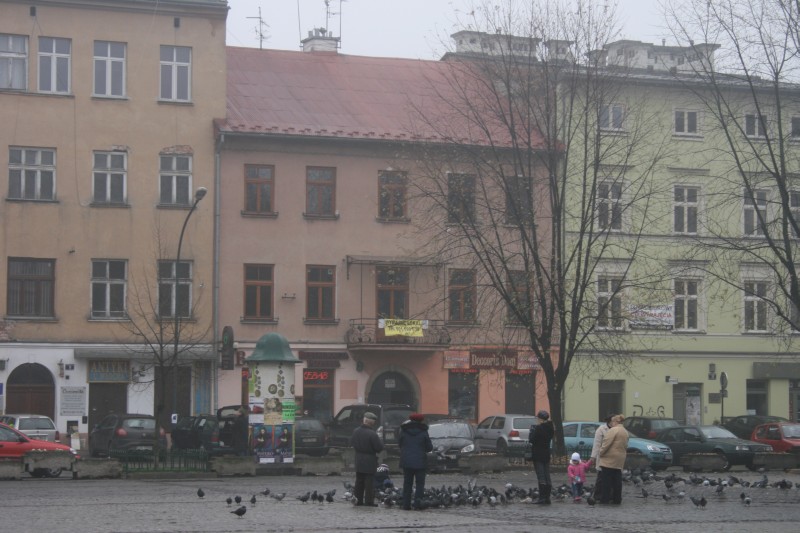 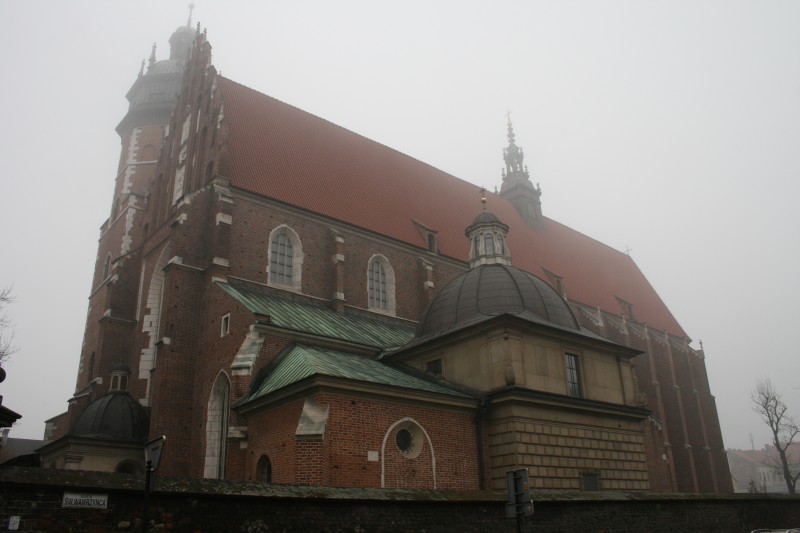 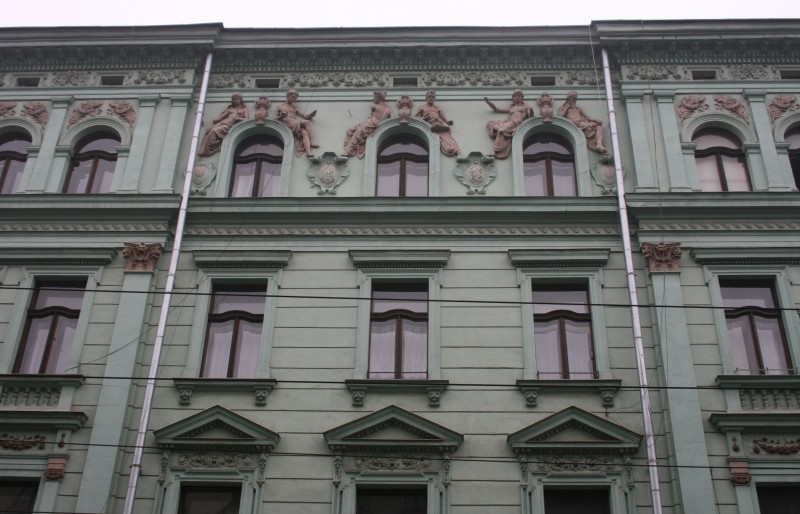 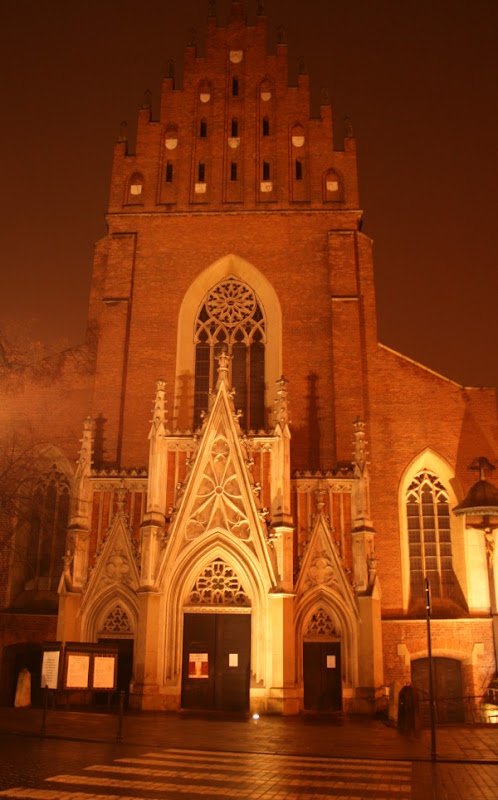 A monument to loyalty: the dog's owner died, and Dzog sat at the roundabout and waited for him for a year from 1990-1991. 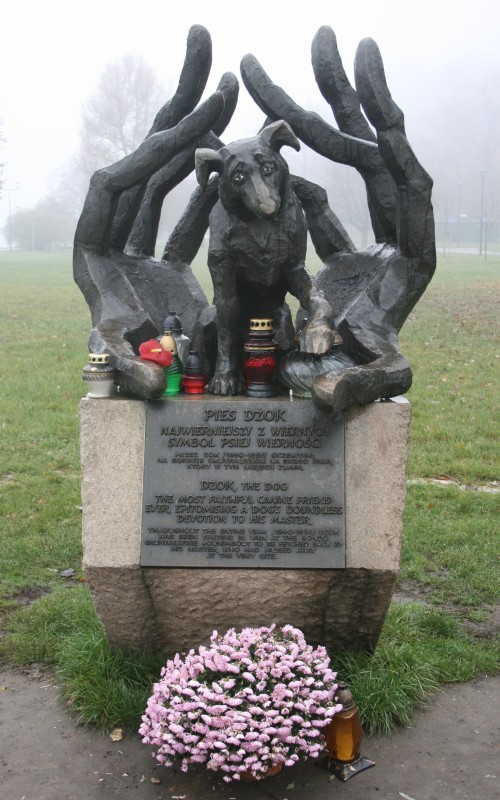 The most famous person to come from the area is Pope John Paul II. Do you think they're proud of him? Every damn object, from the airport onwards, is named after him. It's like having a conversation with the Smurfs, only with the words "Jana Pawla" for every noun.

I tried to go to the massive St Mary's Basilica in the town centre which alledgedly houses the greatest gothic sculpture in the world, but it was closed for prayers. My feeling is if they desperately need absolution first thing on Monday morning, they've done something pretty bad over the weekend. Let me in to take my photos, while the bloodstained locals wait their turn.
Posted by James at 6:37 AM