Mostly, even with CDs that I love, I'll eventually get sick of them. In high school, I don't know how many time I listened to the "Best of Blondie" album, but it's probably a ridiculous number. The same goes for "Jagged Little Pill" a few years later. But it's pretty rare that I would listen to either of those today.

A couple of years back, my cousin made me a CD with some of her favourite songs. It ranged from well known artists to ones I'd never heard of. And I still have that CD on fairly high rotation - it's just great. This week, I saw my third artist off that disc since I arrived in England: Dar Williams. 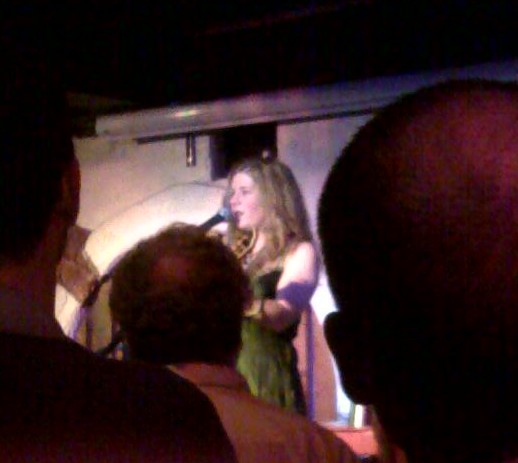 Dar's the one that isn't a bald man
She played a small club in Soho called "the Borderline", that was. It was only by chance that I spotted the concert and ordered a ticket 4 months ago. It was a long wait. She was fun live, and told some hilarious stories.

If you want to hear a catchy song from a singer that you've probably never heard before, check out "Are you Out There" at http://www.myspace.com/darwilliams. I don't think it's Firefox friendly.

Thanks for your thoughts. F's always had the knack of pulling together a winning compilation, eh. Hope you keep writing - your blog's been one of those things that's brought a little light this year.