Not far out of the centre of Krakow is a cemetery called Rakowicki. Dating from around 1800, it was THE place in Krakow to be buried. Indeed, people were dying to get in. Now, I'm a person who enjoys a nice creepy graveyard, so off I went.

In Poland, 1 November is All Saints Day, when people pay tribute to the dead. I was there a week later, but even so, people were still burning candles or oil in decorative glass jars on many of the graves, and there were flowers everywhere. My Polish isn't great, but I believe most of those buried there died after licking the wall of a salt mine.

As you can see in the pictures, it started off as daylight, but night fell really quickly. While it was light, there were people everywhere, but once it got dark they all suddenly disappeared and I was alone. It's a pretty big place. I got completely turned around, and there's a big spiked fence right around the outside so I found myself lost in a giant Polish graveyard in the dark, among 1000 glowing graves. 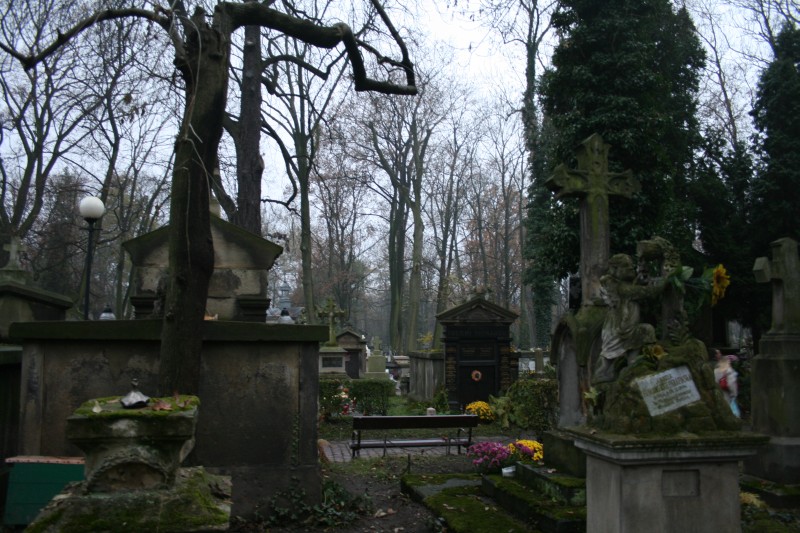 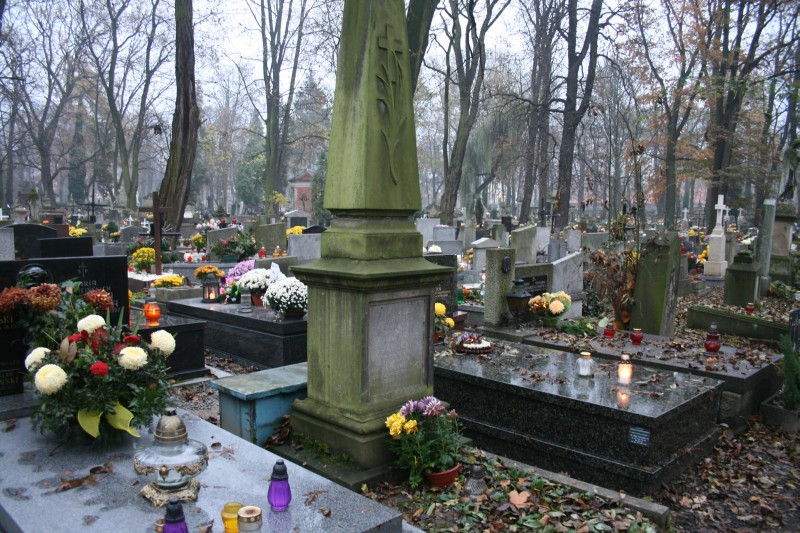 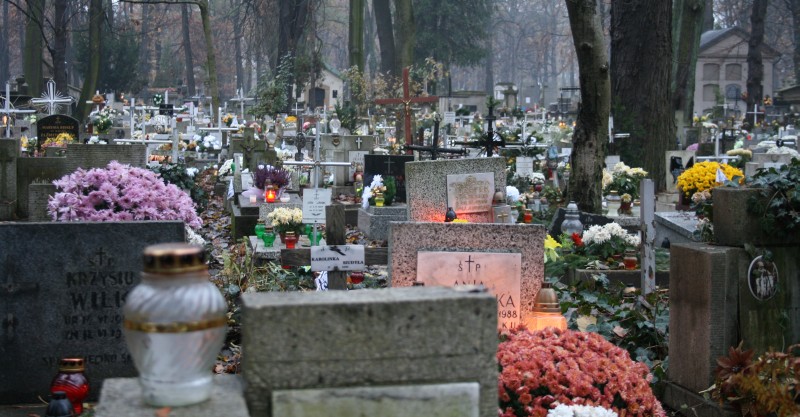 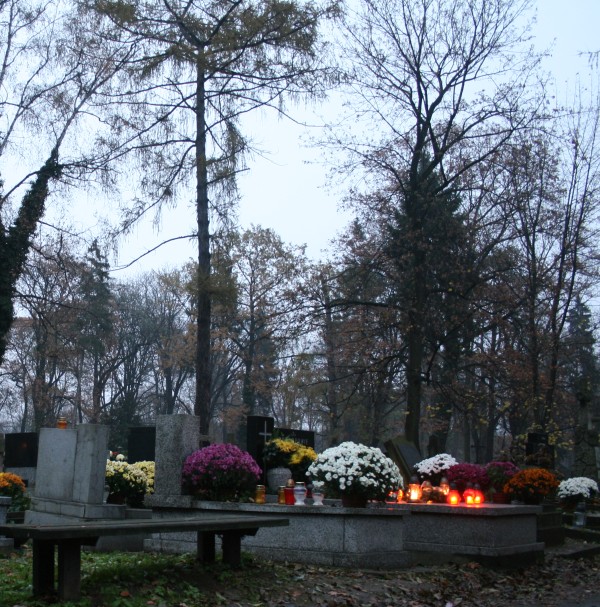 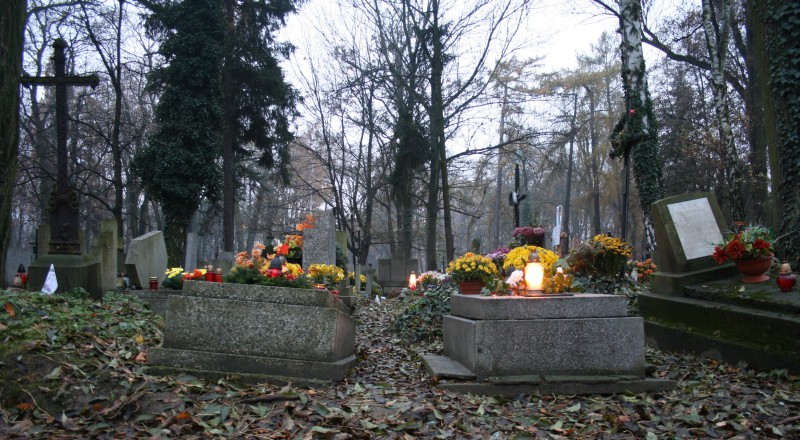 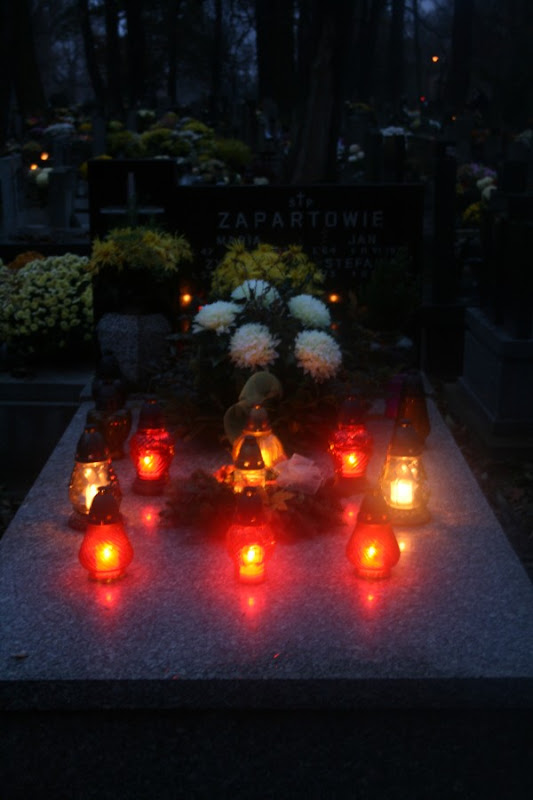 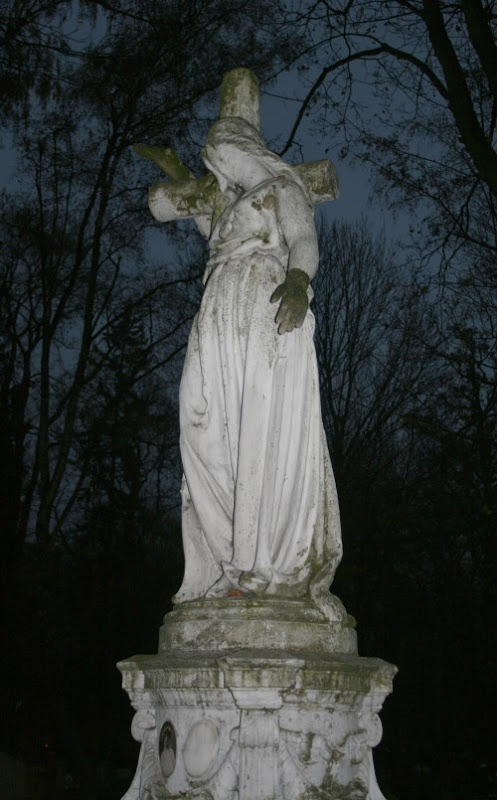 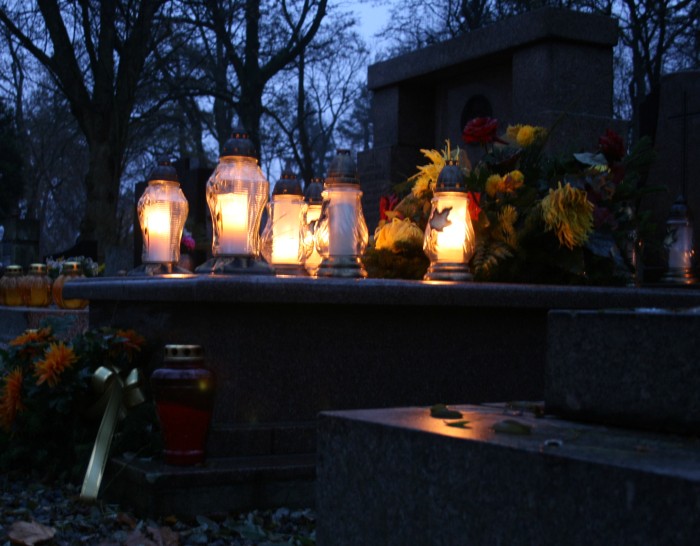 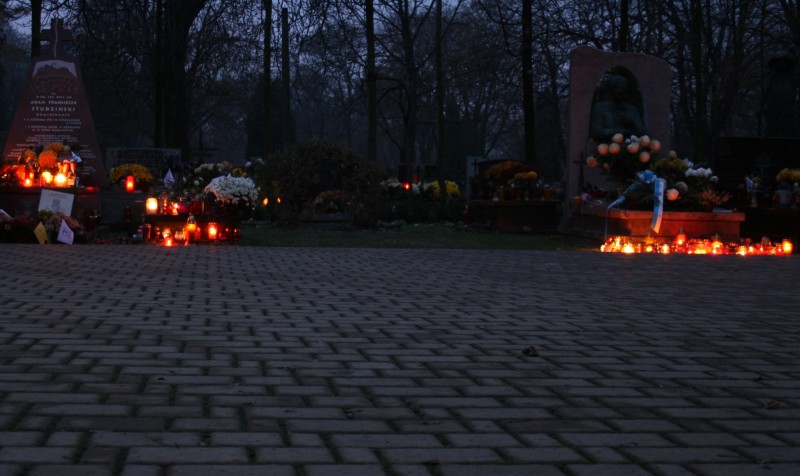 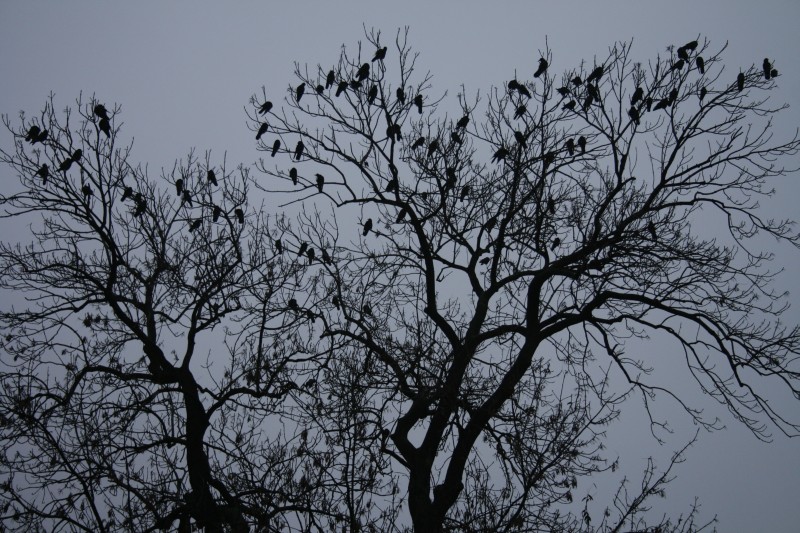 A Murder of Crows in the Graveyard

I've got to say, that place was actually really, really cool.
Posted by James at 9:42 AM