There are 3 UNESCO Heritage Sites around Krakow. I already mentioned the Old Town. This post is about the other 2. They are worlds apart, but have one thing in common: They represent the human capacity to achieve things on a massive scale, for better or worse. They are Auschwitz and Wieliczka.

When I arrived at the airport, I met a couple of other kiwis travellers, and they were going straight to Auschwitz so I tagged along with them. Auschwitz itself was actually quite small. The bigger camp in the area was Birkenau, which was where the vast majority of murders occurred.

Exact numbers aren't known, but it's thought that 1.3 million people were brought to the camps, and of them 1.1 million were murdered.

The most moving parts of the tour were the humanising aspects: A pile of brushes, a pile of pairs of glasses, a huge pile of human hair to be spun into blankets and sold as mattress fill. Overall, being there didn't answer my question of how the people involved could do that.

In the pictures, the more permanent brick buildings are Auschwitz, the later wooden ones are Birkenau. 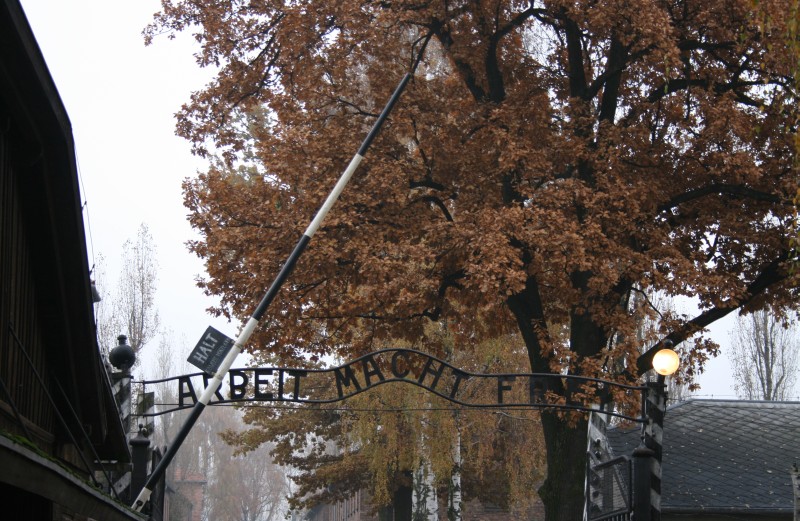 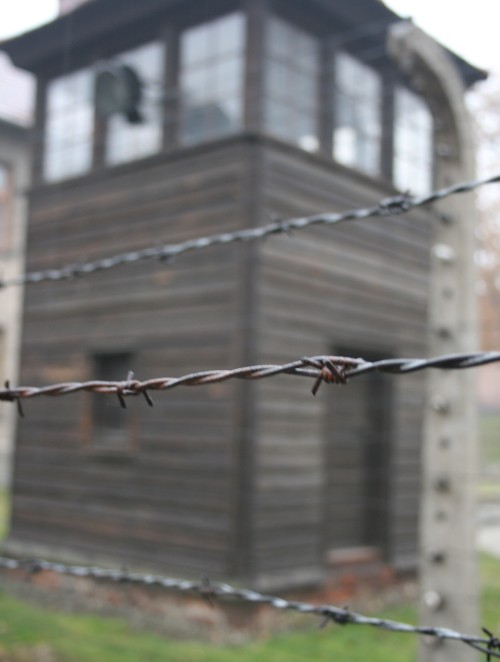 I'm sorry for being flippant here, but does anyone else see the irony of a death camp having a health and safety notice? And that's German, not Polish, so it's not something that's been added retrospectively. 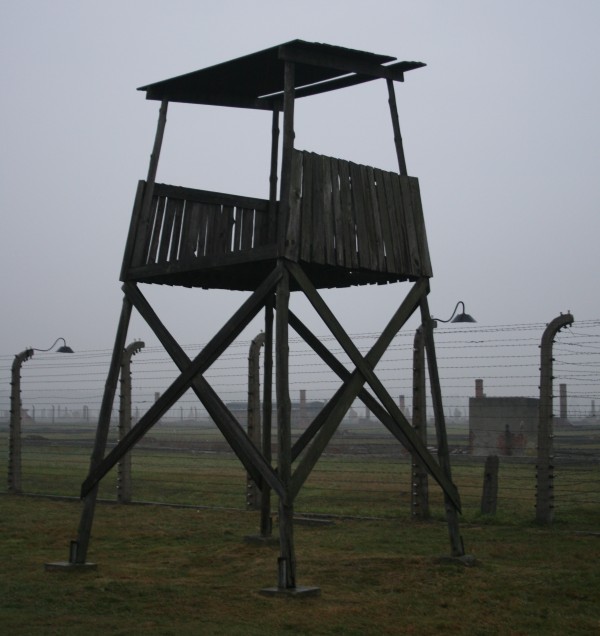 While everyone knows of Auschwitz, fewer people have heard of Wieliczka. It's a salt mine that operated from the 13th century until just a few years ago. The last horse that worked in the mine is still alive.

It is staggering large. It has 300km of passages over 9 levels, and over 2000 rooms. Beyond the size, it is also beautiful: Over the years, the salt miners created carvings in the salt.

This one shows the origin of the mine. Princess Kinga was a Hungarian princess who was to marry the king of Krakow. In Hungary, she asked her father for a salt mine, and then threw her ring into it. When she got to Krakow, she told the locals to dig, and when they did they hit salt and found her ring. This shows one of the miners giving her the ring. 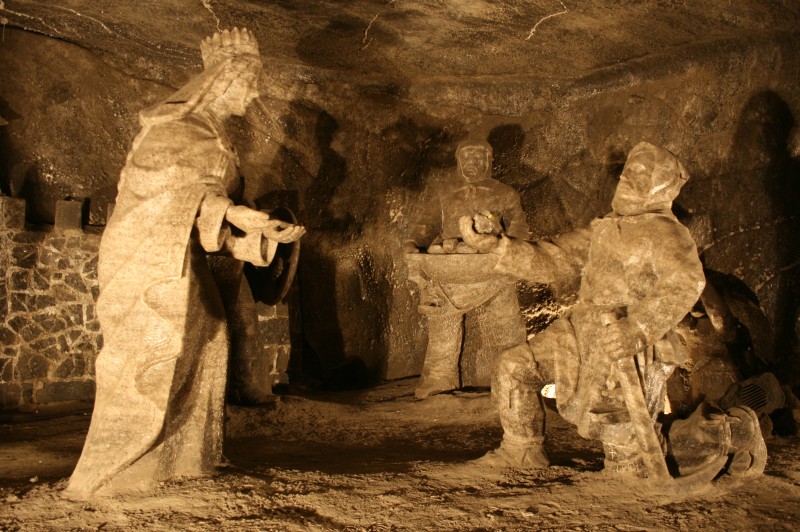 This is the Saint Kinga's chapel. It's vast, and was carved by 3 miners (each starting when the previous one died) over a period of 70 years. Around the walls are scenes from the life of Christ. 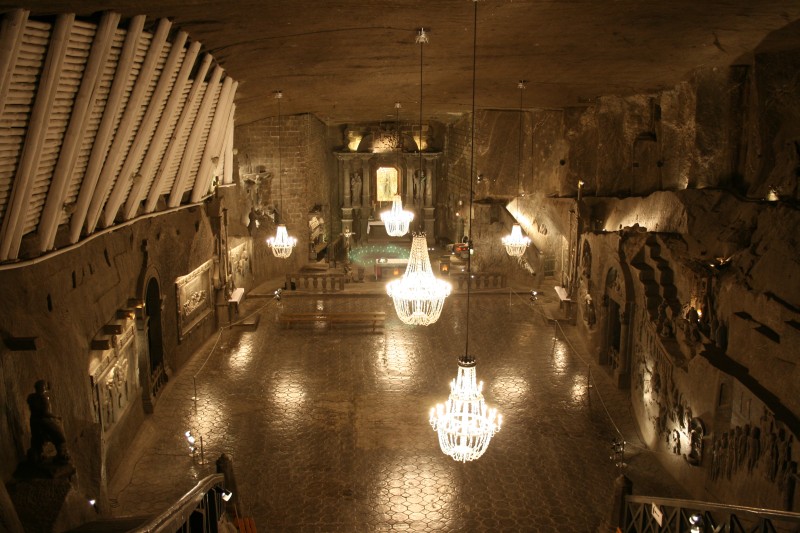 One of the chapel chandeliers. It's made out of salt crystals. 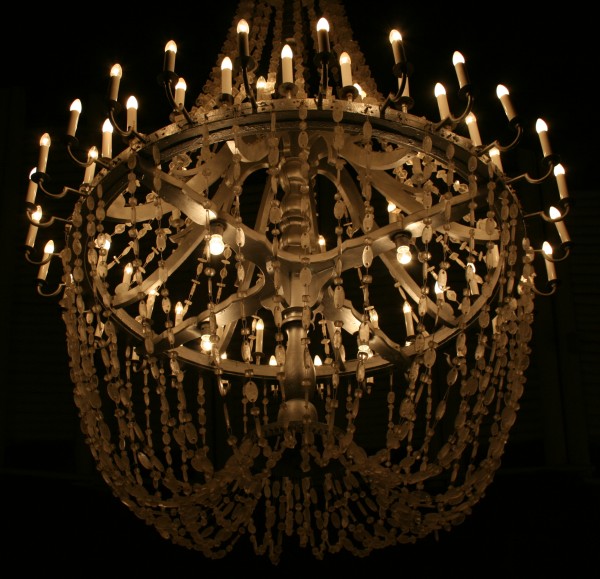 A bas-relief in the chapel of Da Vinci's Last Supper. 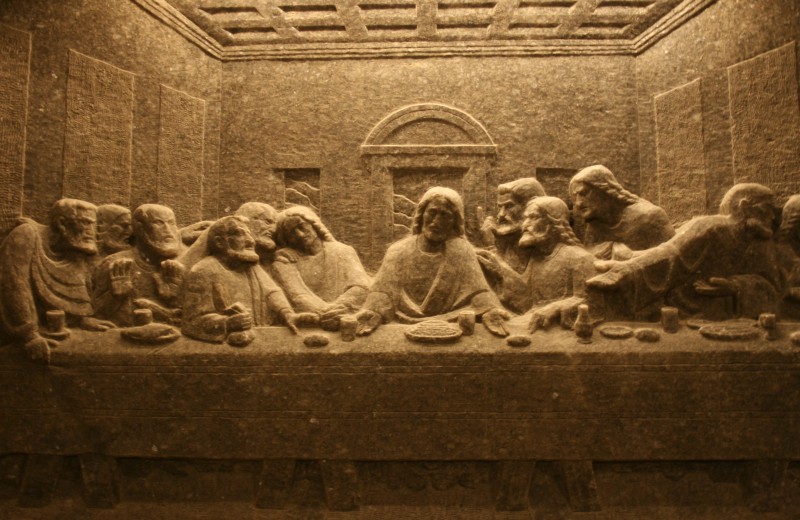 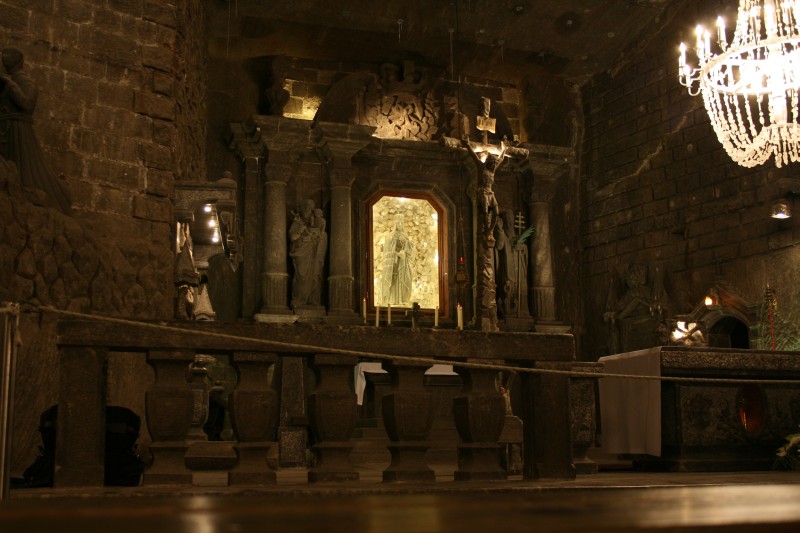 It has been visited by celebrities over the years including Copernicus, Goethe, and Chopin. We were allowed to try licking the walls. I like to think that I licked the same patch of wall as Copernicus, although there may've been a million tongues on it between him and me. For the record, it was ... salty.