After leaving Rakowicki cemetery, I walked back across the inner part of Krakow. The old city is surrounded by a grassed area with trees and benches. As I was walking past a set of benches, a couple were sitting there and a voice from the dark called out "Do you speak English?" Without looking, I replied "No" and walked on.

For the next 15 minutes, I flicked between sniggering and berating myself for giving the stupidest answer possible. Then my mood shifted to one of shame. In most of the places I have visited in Europe, I'm one of the poorest people around, but in Poland I felt better off, and there seemed to be a lot of needy people, given the pretty harsh climate.

I couldn't get my mind off the voice that I'd heard, so I turned and slogged back across the old town in the dark and the rain until I found the old couple that had hailed me. I had a talk to them, and they were indeed homeless. I gave them some cash and as I did so, a police van pulled up. The couple pretended to be giving me directions, which I played along with, but the police began harassing them and I wandered off, feeling worse than before. Perhaps the moral is: Sometimes in life, it's best to just ignore the voices.

Part of the genesis of this trip was a hiking website that I read that talked about walks in the Carpathian Mountains in Romania, around Bran Castle (Dracula's supposed castle). It sounded great, but when I started reading into Krakow, I found I might be able to combine a cultural trip with some mountain walking.

So, I caught a bus from Krakow to the town of Zakopane, nestled in the foothills of the High Tatras, which are part of the Carpathian mountain range. 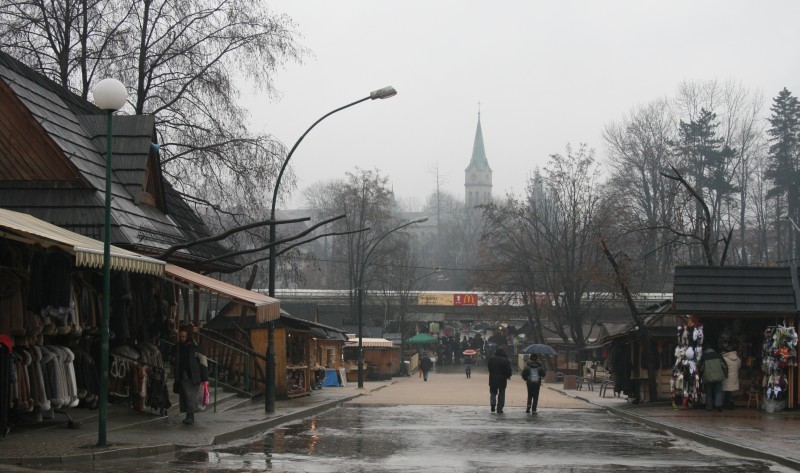 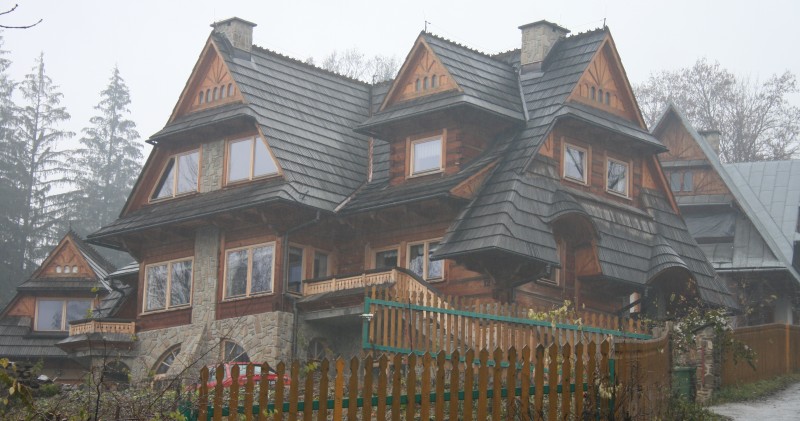 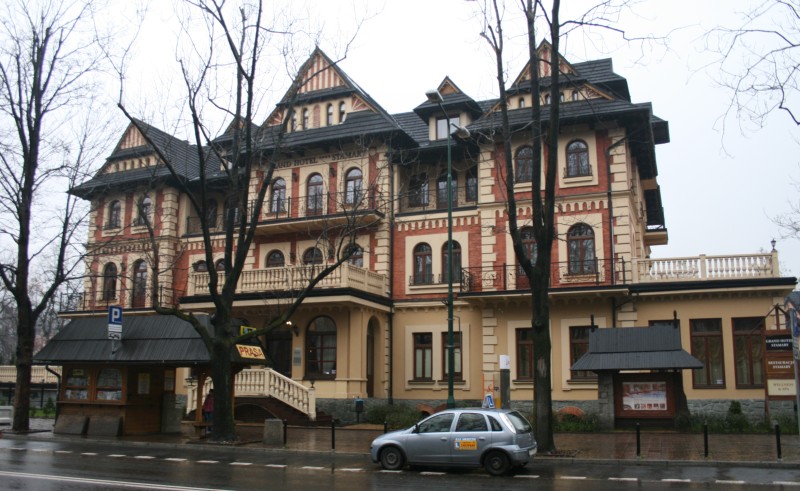 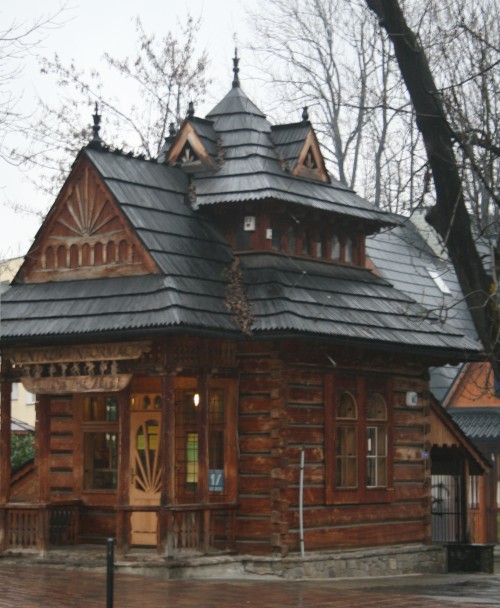 This statue commemorates the "Battle of 5 Armies". Legend tells that the Polish army and 2 of their allies were squabbling, when their enemies took the opportunity to attack. The Polish and their allies put aside their differences to face the enemy. When all seemed lost, a great cry went up "The eagles are coming!", and a flock of eagles flew down to save them. You wouldn't read about it! 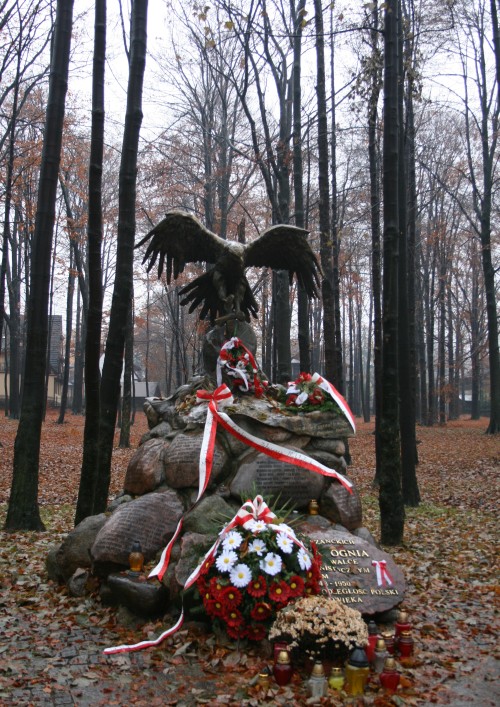 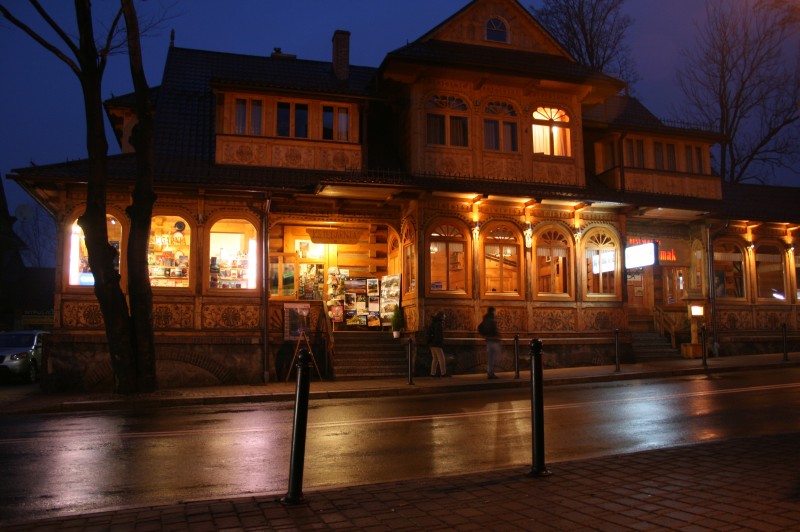 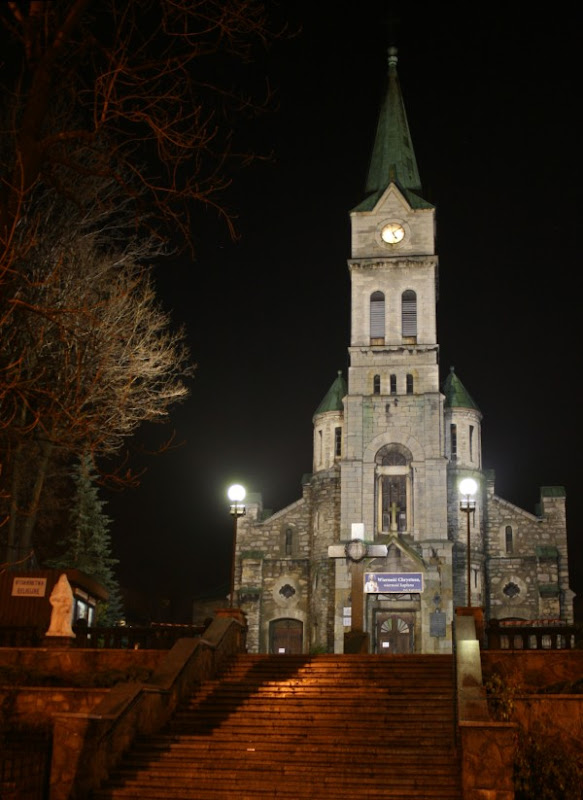 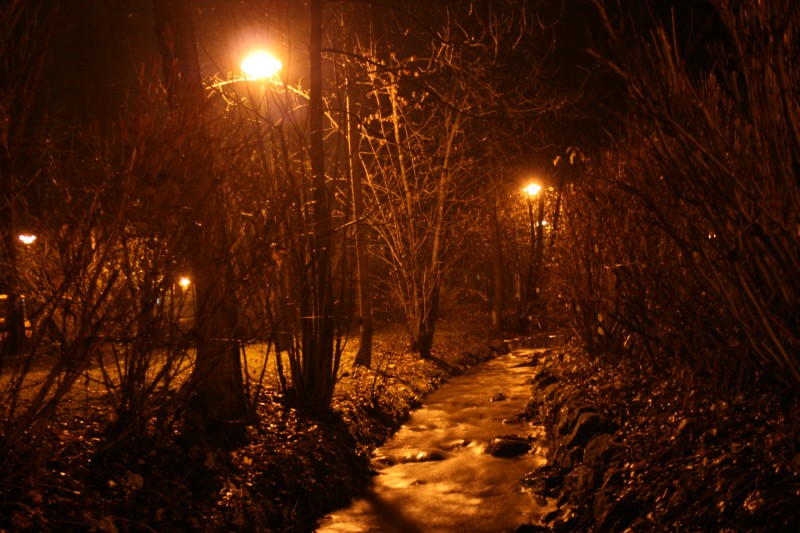 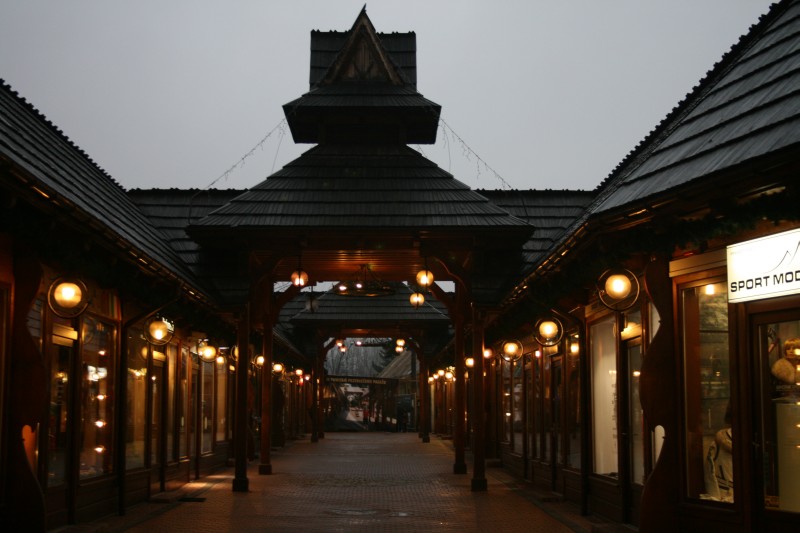 Zakopane is the largest resort town in Poland. It has quite a small population, but has accommodation for 100,000 at a time. Through the Winter months, it offers skiing, and through Spring and Summer the valleys are blanketed with wild flowers. It's a holiday paradise all year round, except for a small window in November when there's driving rain and it's miserable. Aww, drat.

I got to Zakopane in the evening and went for some dinner. I had borsch with dumplings, chips and potato pancakes. I don't know what borsch is, it just sounded exotic, but it looked like what you'd get if you hugged your guinea pig harder than the petshop owner recommended. 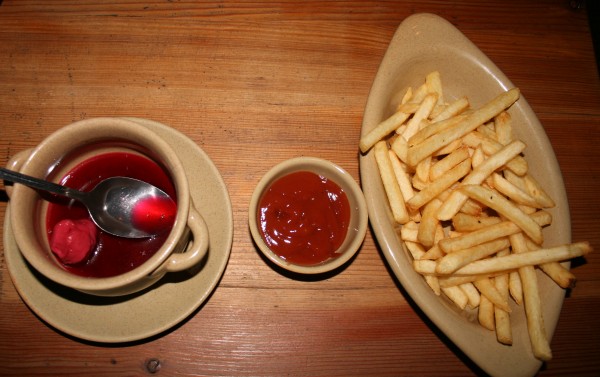 The Polish highlands have a distinct culture, and most of the restaurants (including mine) had bands playing traditional music. It was more fun than it sounds. 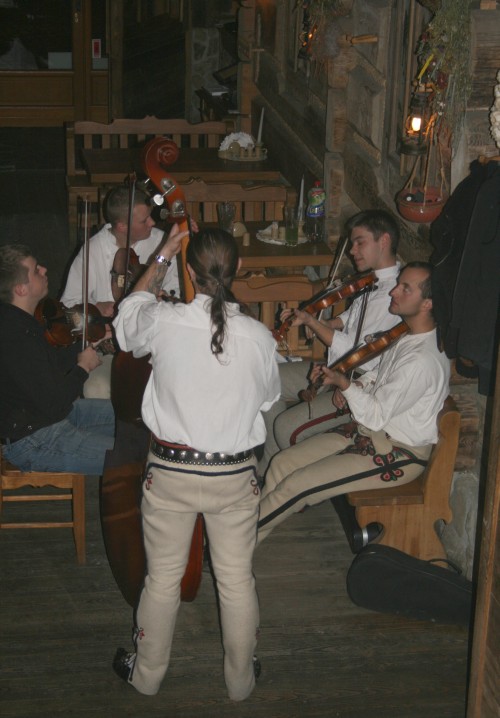