This was my second Christmas since leaving New Zealand. England is currently going through the coldest Winter for decades, which is exactly what they said last year as well. Actually, I think the weather forecaster was wearing last year's shirt. Are they just re-running old weather reports?

Cambridge Ice Rink on Xmas Eve, Under the "Reality Checkpoint" Lampost
A week before Christmas, I didn't really have any plans. Some friends in London had very kindly invited me for Christmas, but at the last minute I decided to get myself a nice Thai meal. I know this place that does great Thai food south of Cambridge. It's not on the Cambridge bus route so it takes a bit of effort getting there.

Actually, the commute was horrendous.

Punting down the Cam. Don't fool yourself, it's freezing cold. Just for the record, the hat was only a rental. 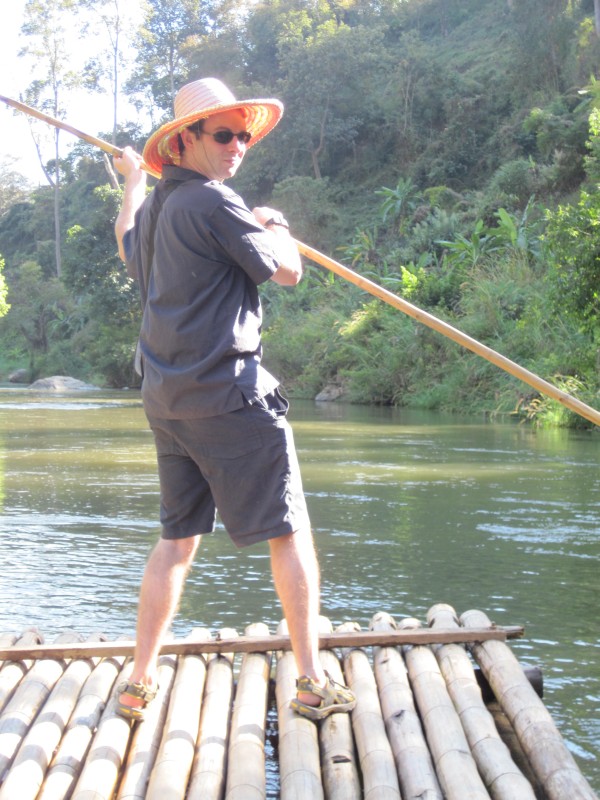 This is the least comfortable taxi I've ever been in. It's slow and the seat is all lumpy. 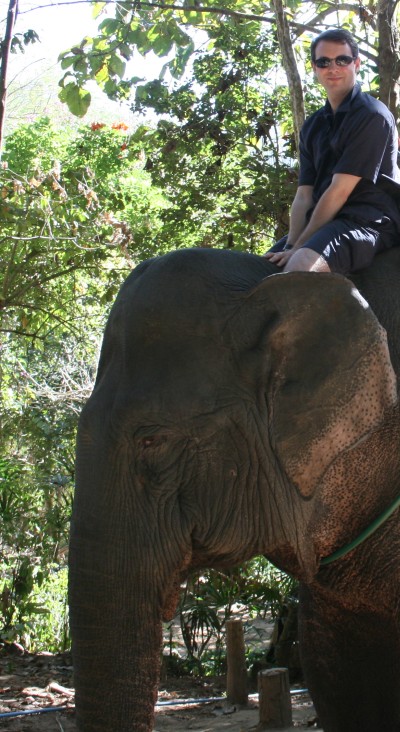 (That's why I never post photos of myself. How is it possible for me to sit on a frickin' elephant and still look tubby?)

Okay, this is getting ridiculous. I'm going to write to the taxi company. 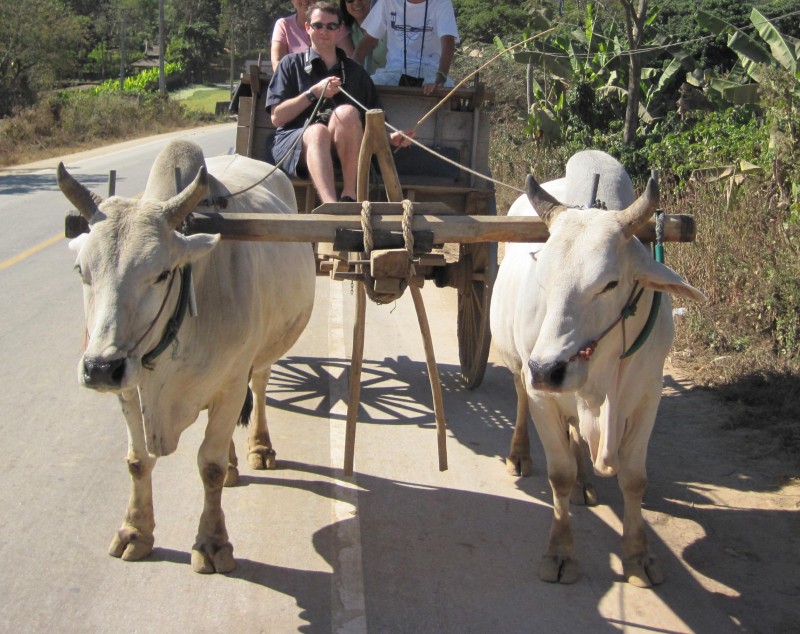 Woah, hold it. This is the place: 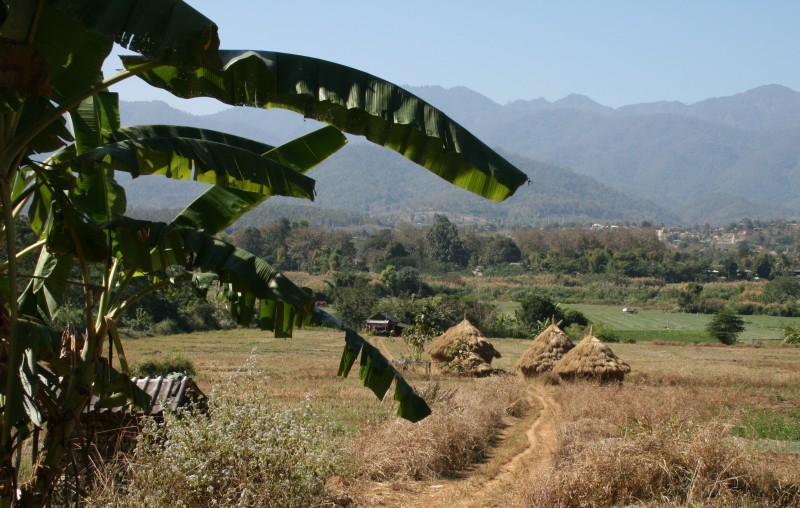