Frozen Off in Keukenhof

I probably shouldn't post drunk, but New Zealand sauvignons were half price at Tescos today. And not getting drunk would be unpatriotic. Upane kaupane, and all that.

I took the Thursday before Easter off work. The plan was to take the ferry to Hoek van Holland as I did last year, but to cycle north along the North Sea Route instead of south. I was heading for the world's largest organised garden, allegedly featuring 7 million tulips. It's called Keukenhof.

It was all brilliant in theory. I spent nearly all of March stuck in a hotel room in San Jose. There was nothing to do, so I spent my free time fantacising about bike touring. Others may spend their time dreaming about Angelina Jolie, but unless her rack has panniers attached, it's not my prime obsession. (Yeah, I know - blame the wine).

San Jose is pretty awful, but the weather is nice. When I was there in January it rained most of the time, but in March the weather was beautiful. I naturally assumed that Europe would be commensurate. When I saw that Easter was fast approaching, I booked a bike tour to Holland. In my defense, I've only been through one other European winter, and last year it got nice from the start of March onwards. I assumed it was doing the same this year in my absence. Sigh. 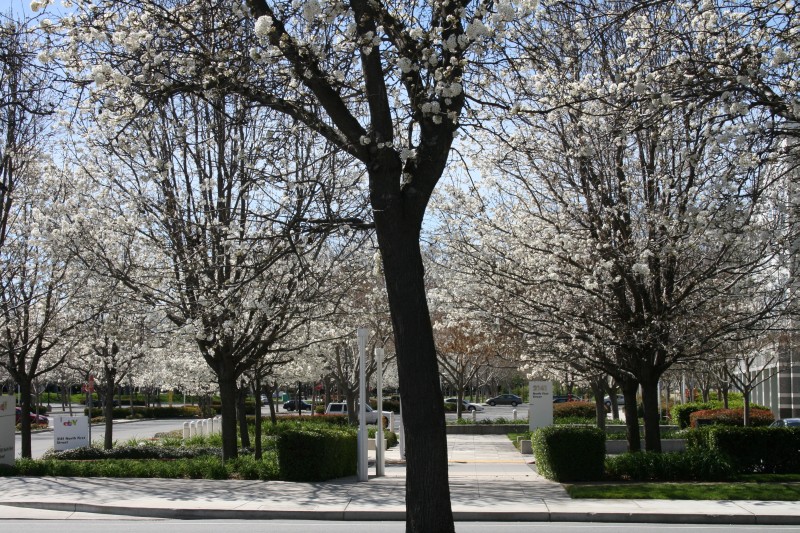 Spring Sprung - in USA
(that's eBay, by the way)
Wednesday evening, I flew home from work, and (with my bike) caught the train to Harwich station.

(Side note: Someone recently told me that it's pronounced "Harich". I've been talking to people about taking the ferry from "Harwich" for almost a year now. Bugger.)

Last year when I caught the ferry in late June, it was still slightly light at midnight. This time, it was dark from about 7:30pm. After you've cleared customs, they line you up by vehicle for boarding. There were 6 cycle tourists in all, and we all nearly froze while waiting around. The guy who controlled the docks told us we had to wait for all the heavy trucks to be loaded on first, so the ship wouldn't be unbalanced. One of the cyclists asked him if the weight of our bicycles was likely to cause a capsize, but he didn't answer and went back to sit in his van with the heater on.

We chatted a bit. All the other cyclists laughed at my massive panniers, but it turned out that none of them were camping. Wimps. I spoke with a young Spanish couple, also cycling north, and they said they had almost cancelled the trip because of the next morning's forecast for snow in Hoek van Holland. To which I replied: "Um...wait, what?". At that point, parts of Scotland were being brought to a halt by snow. 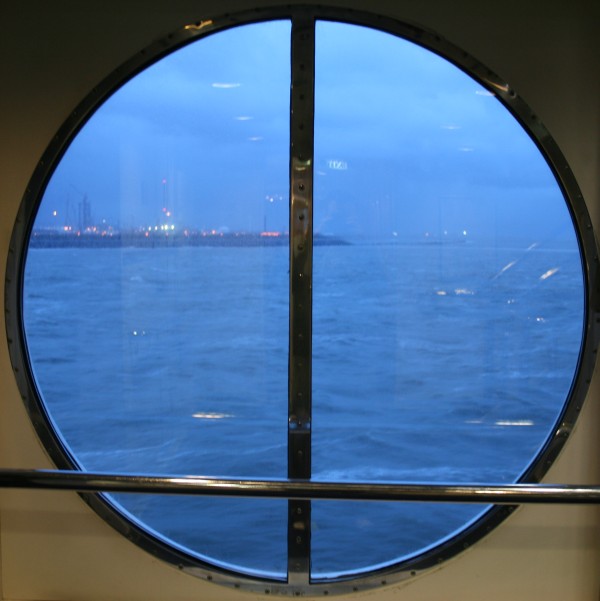