(These photos are a mix from my trips in January and March.) 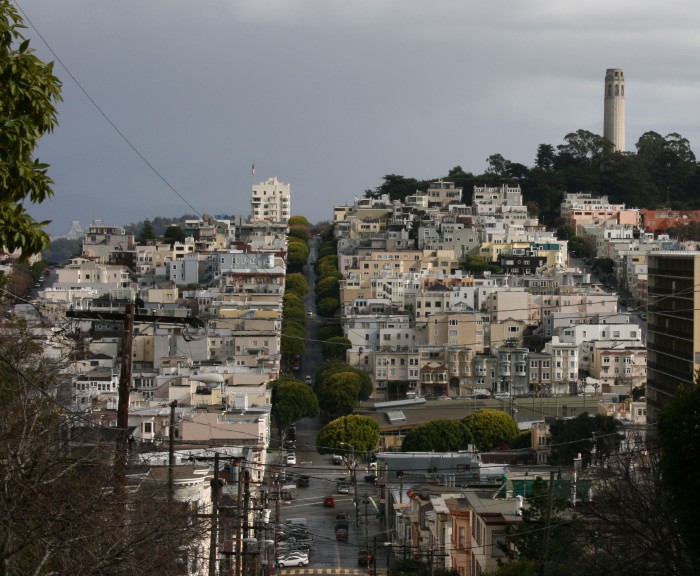 This is Lombard Street. It is debatably the crookedest street in the world. It has 8 sharp turns in a one block stretch. 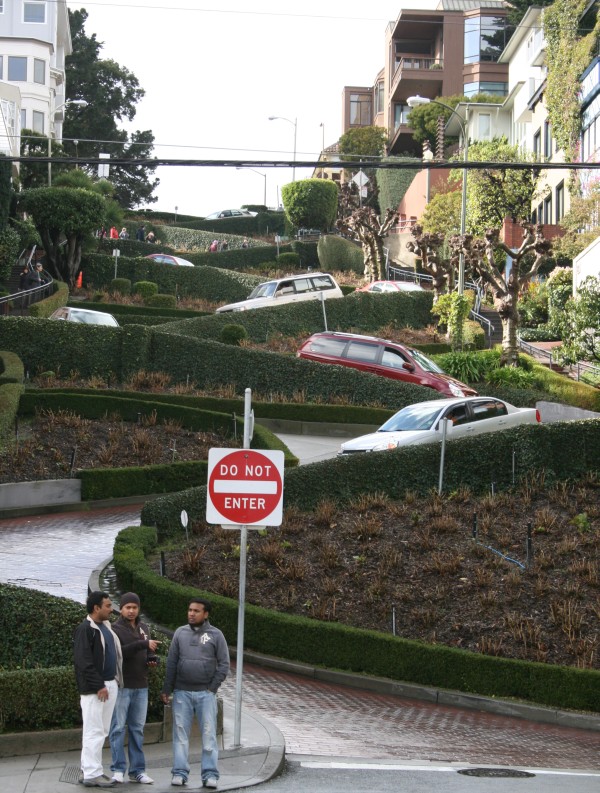 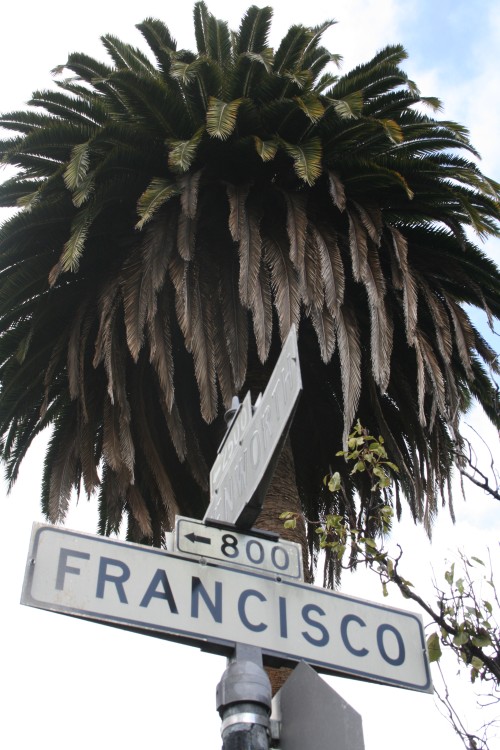 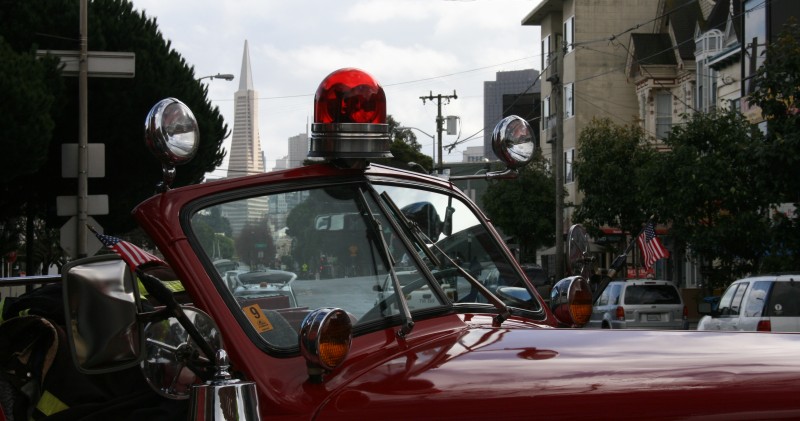 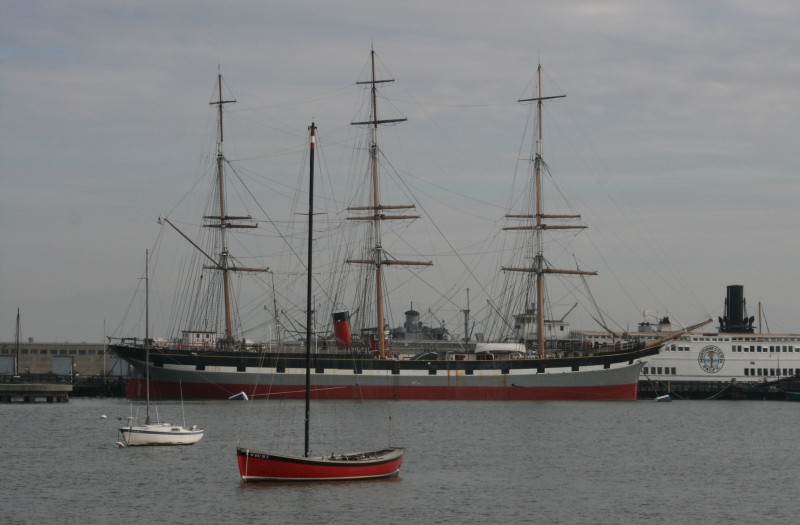 There is a wharf where a lot of people fish (I don't mean the famous S.F. Fisherman's Wharf). Many of the fishermen also lower crab pots. You're allowed to take normal crabs, but not the famous Dungeness crabs, which use the area for breeding.

I spoke to one of the fishers. A couple of the sea lions have worked out that if they hang around, people will lower down crab cages filled with bait. The sea lions dive down, tear open the crab cages, and eat the bait.

The fisherman began shouting "Go away, you stupid idiot!" at one of the sea lions. I mentioned that I wasn't sure the sea lion was the idiot in the equation; I'm not sure I made a friend there. 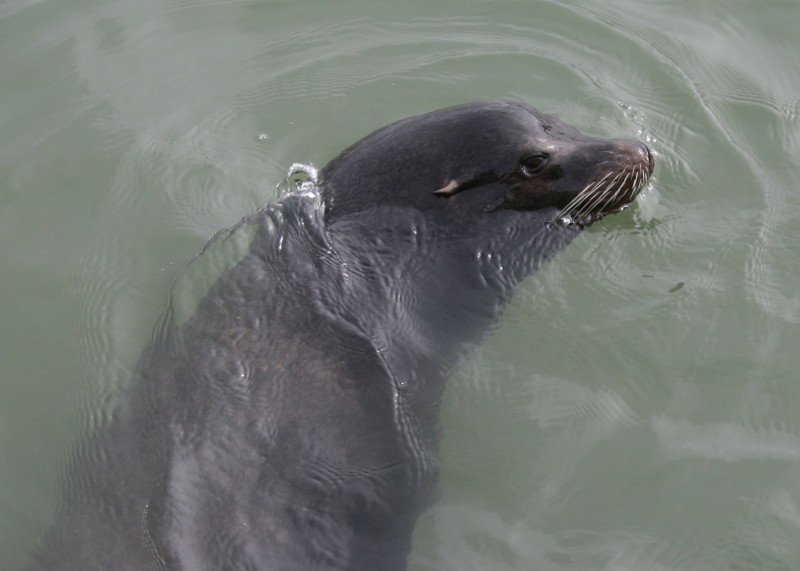 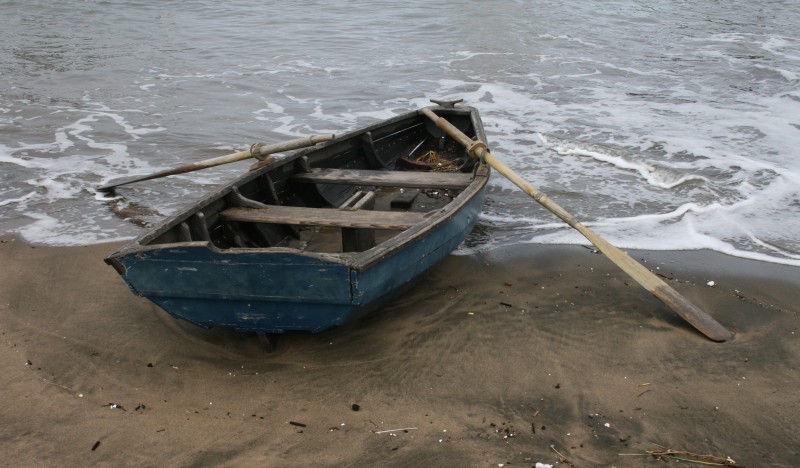 I rented a mountain bike and rode across the GG Bridge, and around the bay to a town called Sausalito. From there I caught the ferry back to the city, past Alcatraz Island. 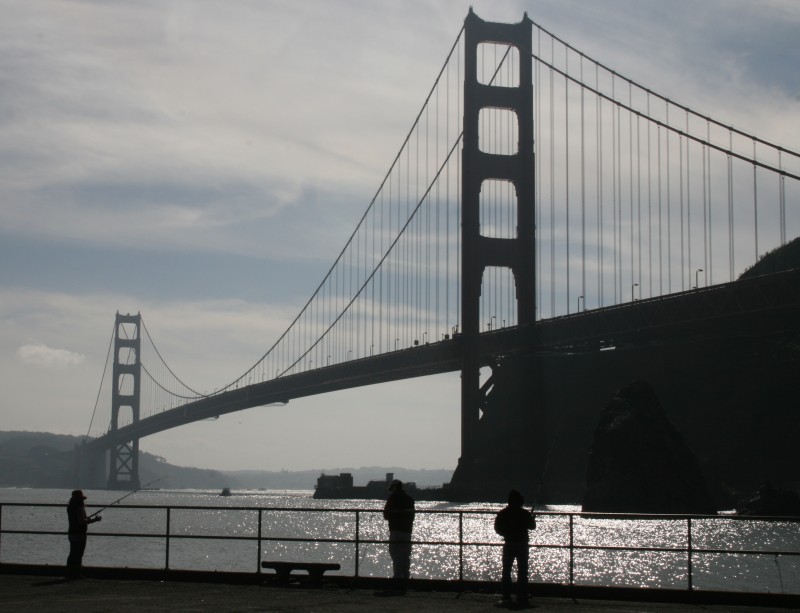 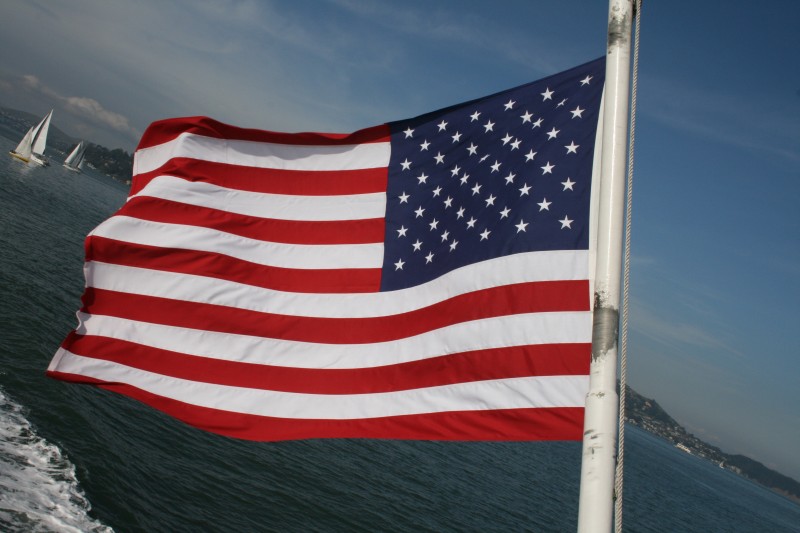 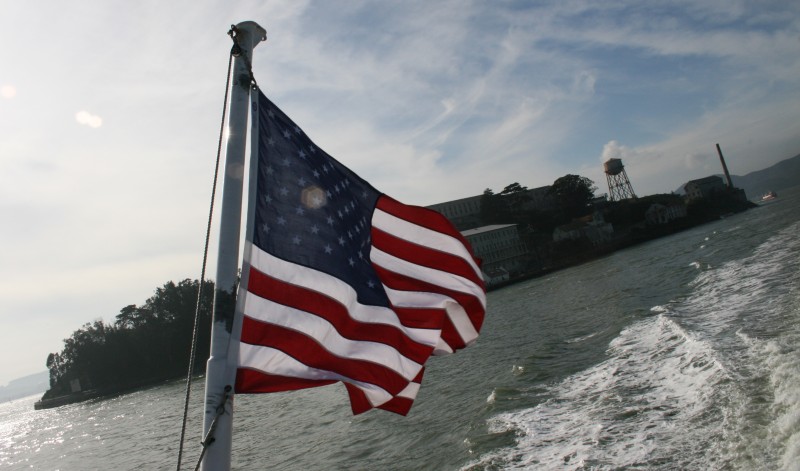 There are tons of good buskers along the street by Pier 39. But this guy is the most famous. He's a homeless guy known as "the Bushman". His gimmick is that he has a couple of branches that he's torn off a tree, and he sits on the footpath, hiding behind them. When unsuspecting tourists wander past, he jumps out at them. It's pretty damn funny. 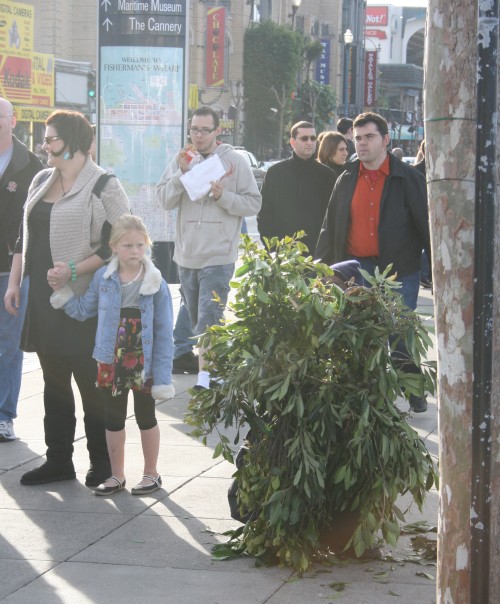 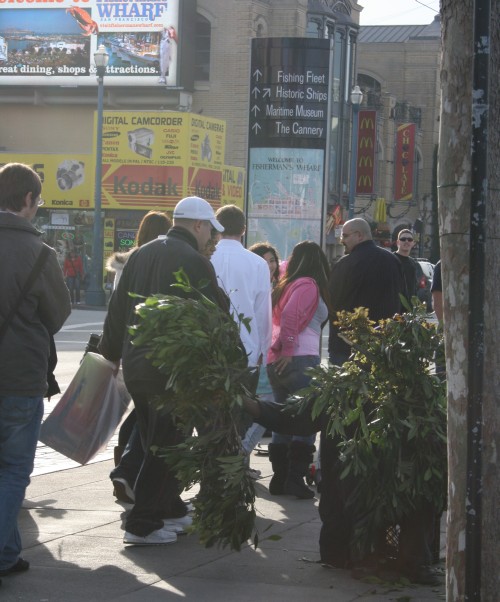 Here's a YouTube clip someone made of him doing what he does: