We drove through Inverness, and continued up to The Black Isle. Sounds menacing, doesn't it? According to Wikipedia "it derived its customary name from the fact that, since snow does not lie in winter, the promontory looks black while the surrounding country is white".

Fortrose has a ruined 13th century cathedral. It was trashed by Cromwell, which is a nice change from the usual Henry VIII. 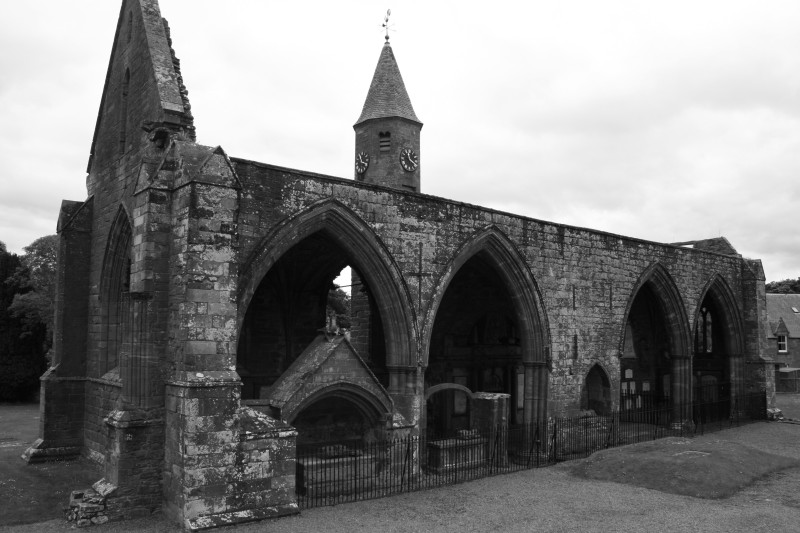 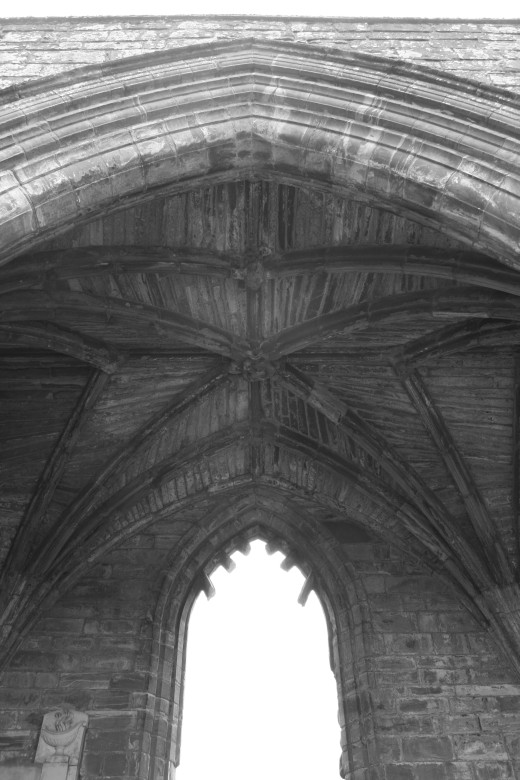 The key reason to visit Fortrose is to see the dolphins. We wandered along the beach, wondering where to go. In the end, it was easy enough to tell the location.

Dolphin Spotters
I took a lot of shots, and this was the best I got. The little buggers are tough to snap. 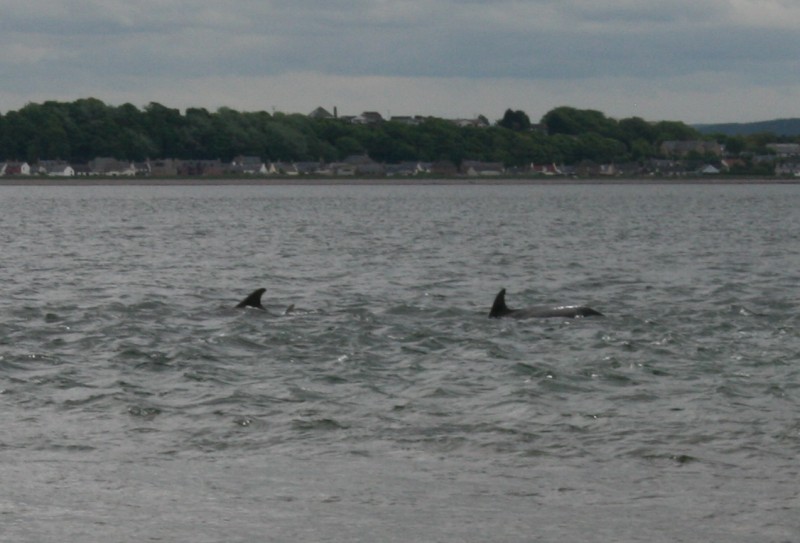 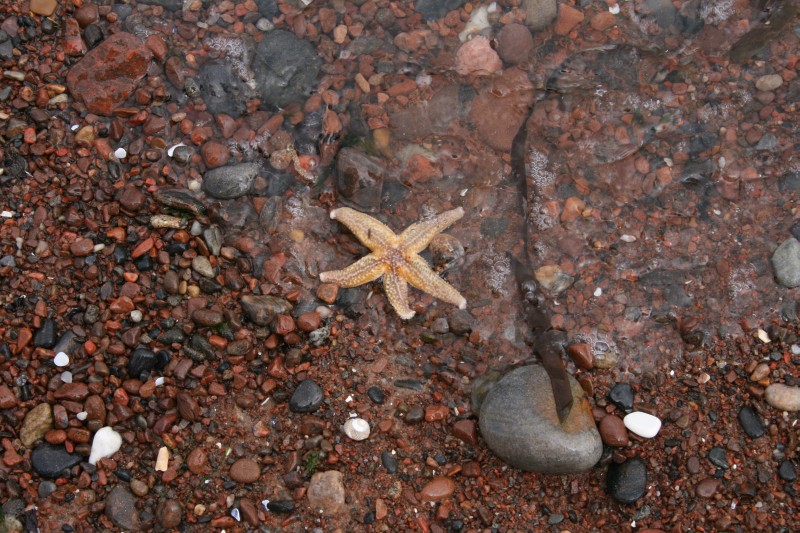 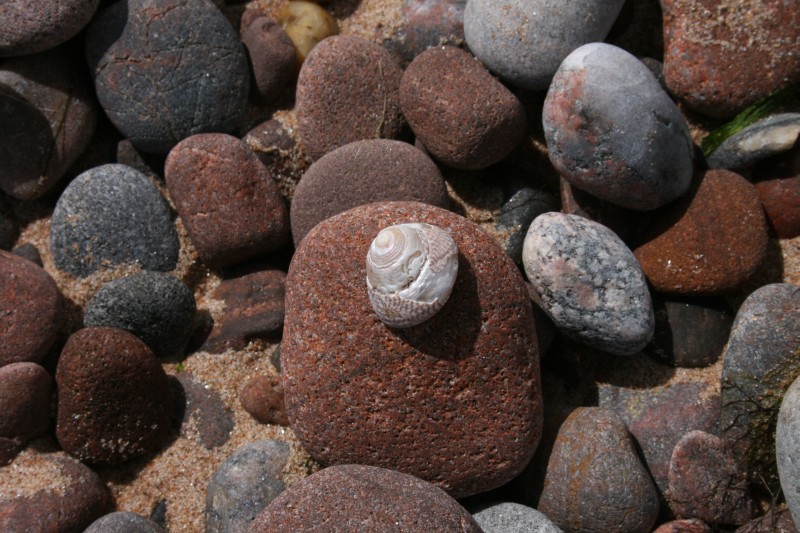 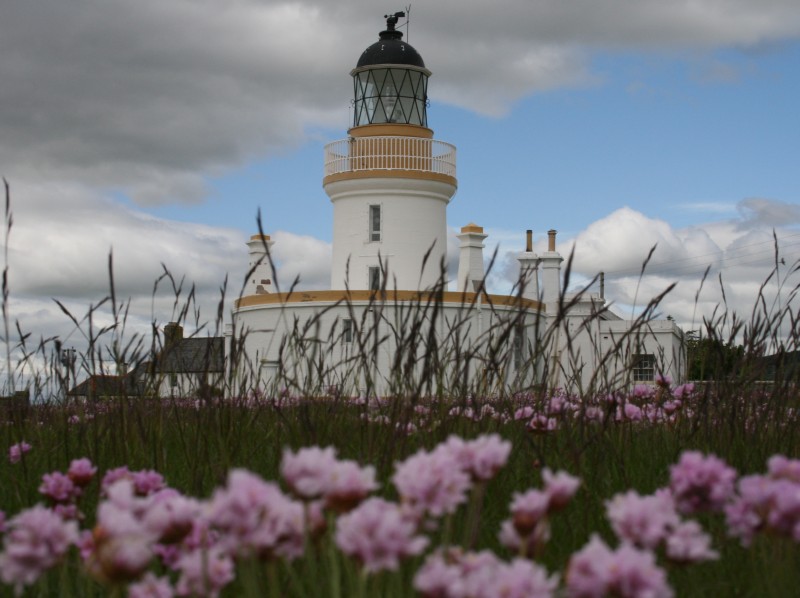 The next day, we drove across to the west coast via Loch Ness. Unfortunately, my camera wasn't focusing correctly, but I think you can just make out... 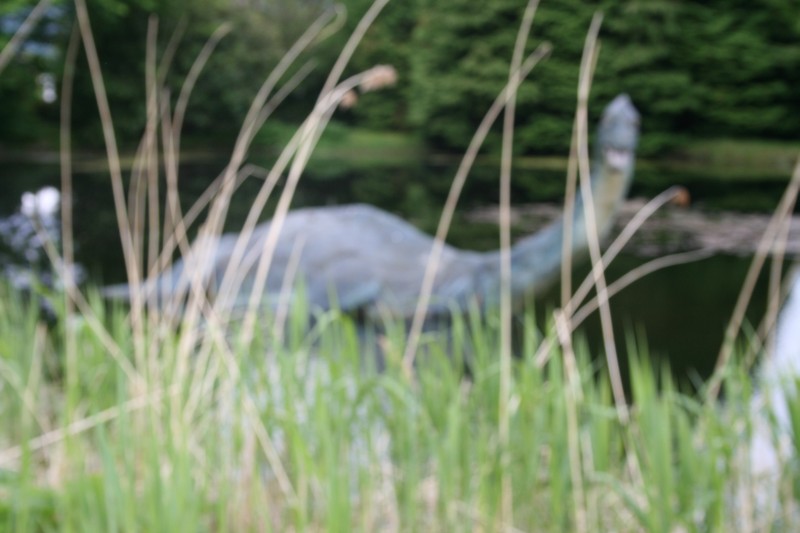 We also paused at Urquhart Castle, but didn't go in. I've got to hand it to them: They've made it bloody difficult to get a good picture without paying them copious amounts of money. 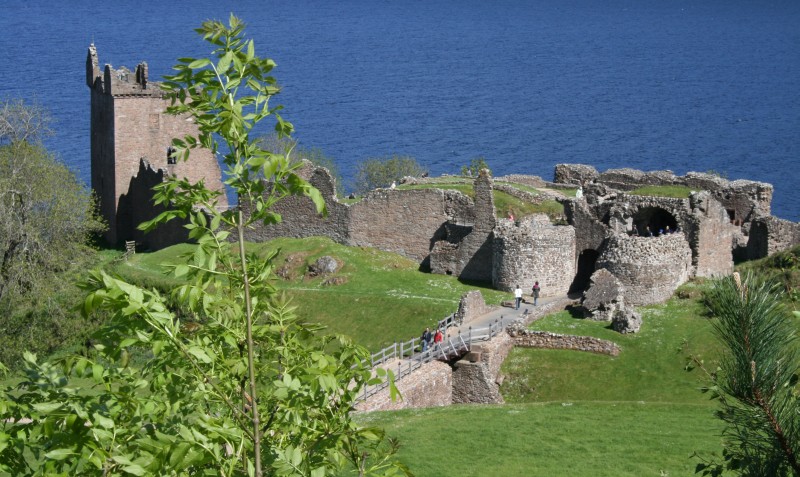