Just before reaching the west coast, we passed Eilean Donan. It's possibly the most famous castle in Scotland, I believe ever since the Dexys Midnight Runners' song "Don on Eilean". It's the home of the MacRae's. 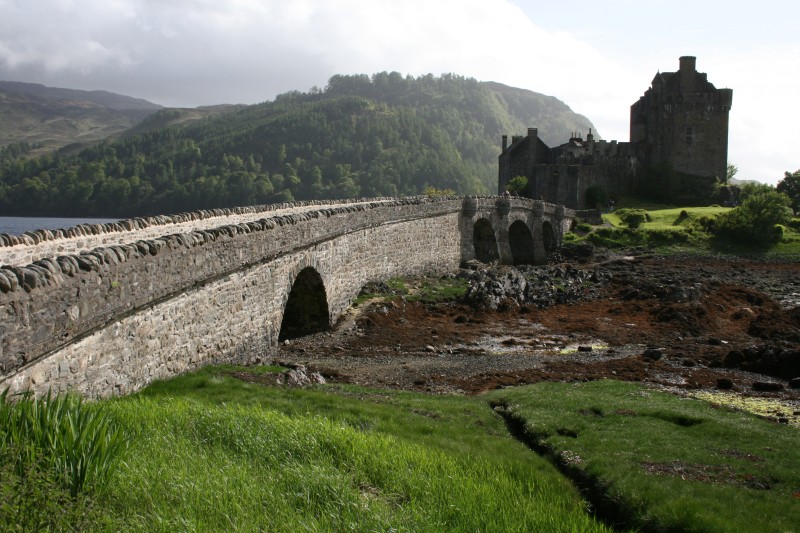 Despite the causeway, this became the second castle that we sneaked into without paying. It's just as well we weren't a mob of filthy Campbells, sneaking in to kill the MacRae's in their sleep.

Just past Eilean Donan, we crossed onto the Isle of Skye. 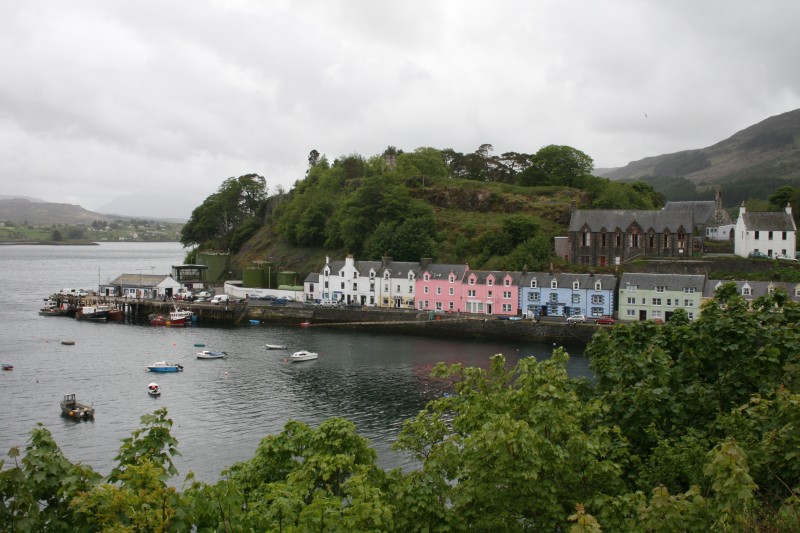 We paused to visit Caisteal Maol, a castle ruin that was owned by a Scandinavian princess. They draped a huge chain across the loch here, as a way of stopping boats to pay a toll. 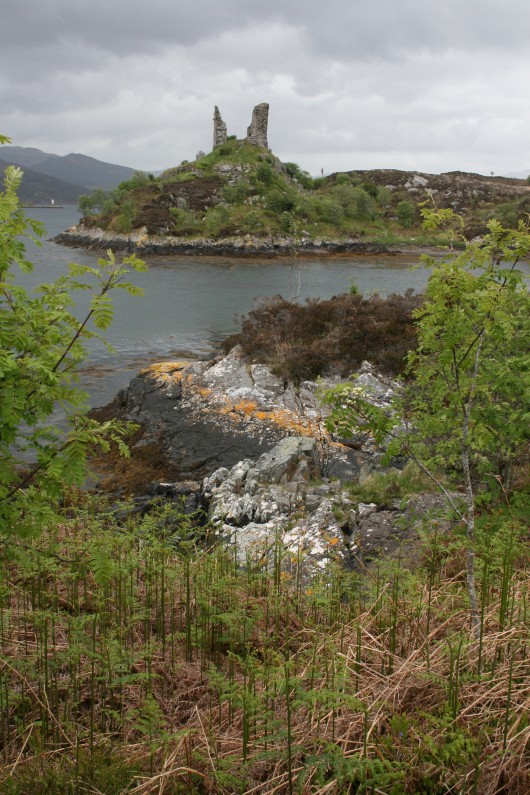 We attempted to do a drive across Skye to do a hill climb, but foul weather thwarted that, so we headed south and took the ferry to Mallaig, a town back on the mainland. 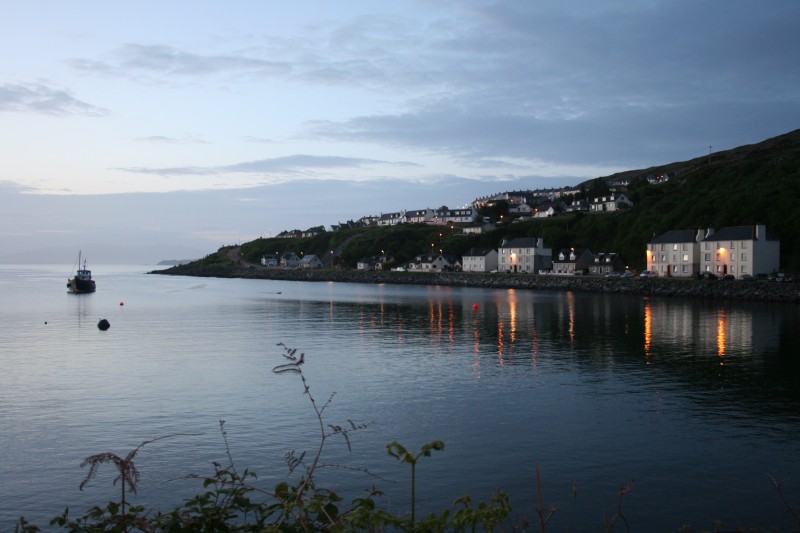 We paused at Glenfinnan viaduct, hoping to see the steam train cross it. From the car, we had seen what looked like steam rising into the air, but we waited for ages and nothing arrived. When we drove on, we passed a group of fire engines putting out a fire. That was probably the phantom steam we saw. 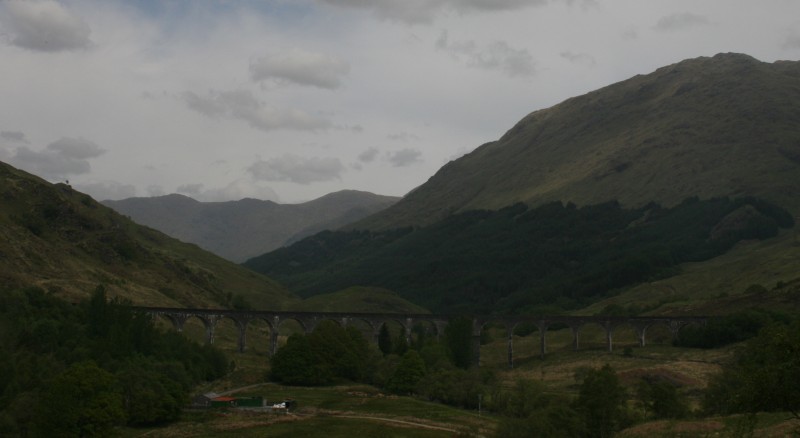 If the viaduct seems familiar, it may be because you've been watching movies about a boy wizard.
Posted by James at 12:52 PM