At the weekend, I went for a walk in London. Maybe take a look at the first photo, and decide if you want to keep reading... Okay, but I warned you.
At the weekend I went to Protest the Pope, which was a protest objecting to him being given a state visit at the taxpayers' expense, at a time when the government is cutting benefit payments.
I had thought of taking a sign saying "Careful now" or "Down with this sort of thing", which were the protest signs on an episode of "Father Ted". They've become a sort of running joke at protests. Here's what I saw as soon as I arrived at the march: 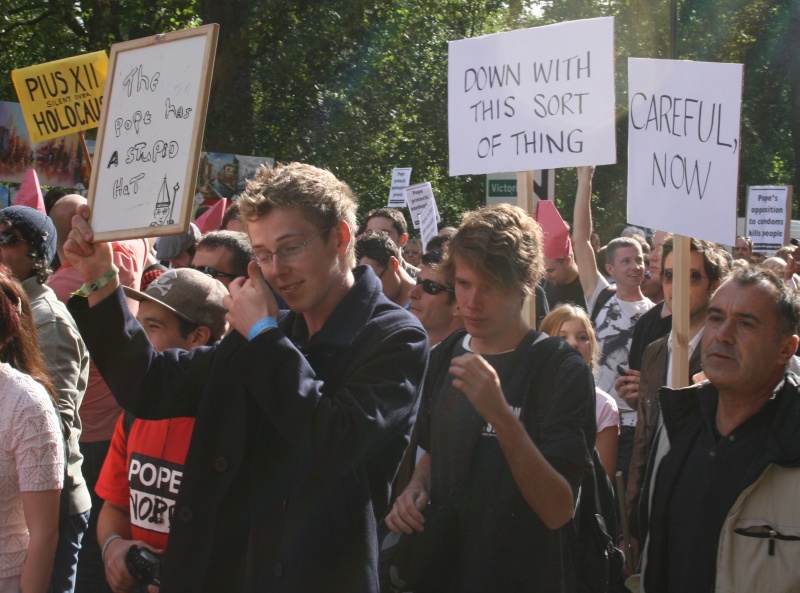 The protest march involved humanists, atheists and secularists, and with 20,000 people is thought to be the largest anti-Pope protest of the modern era. 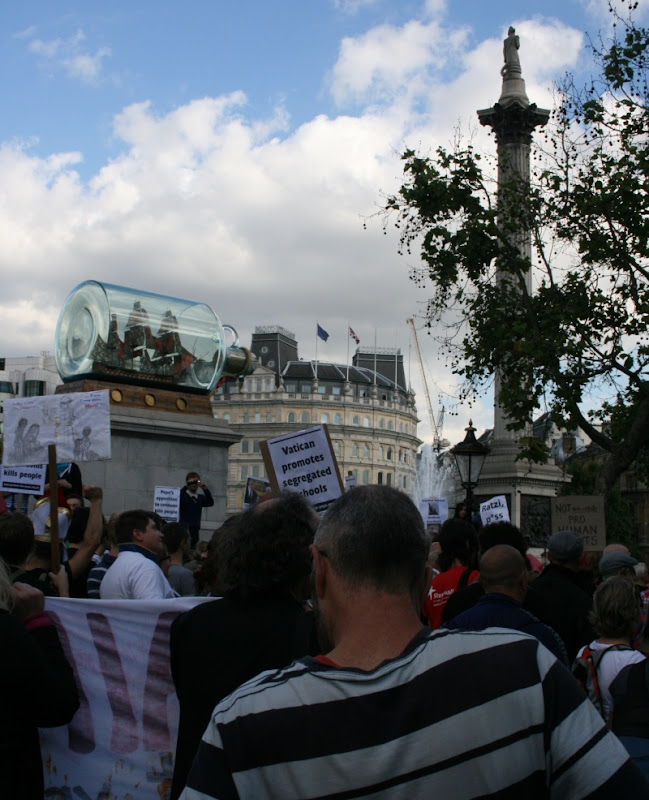 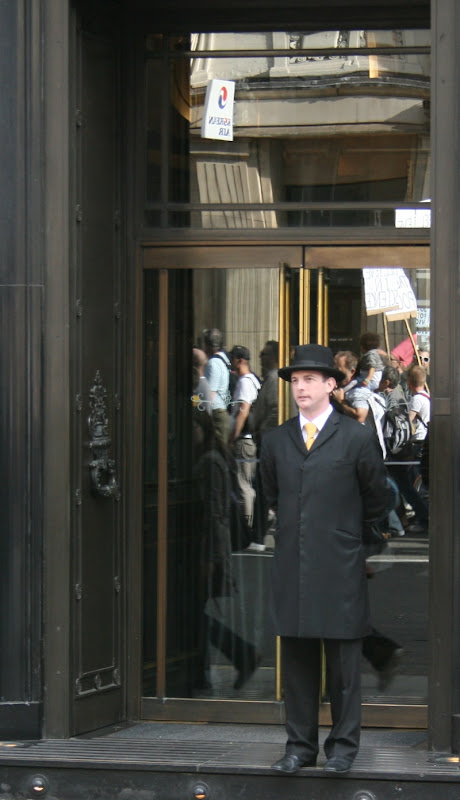 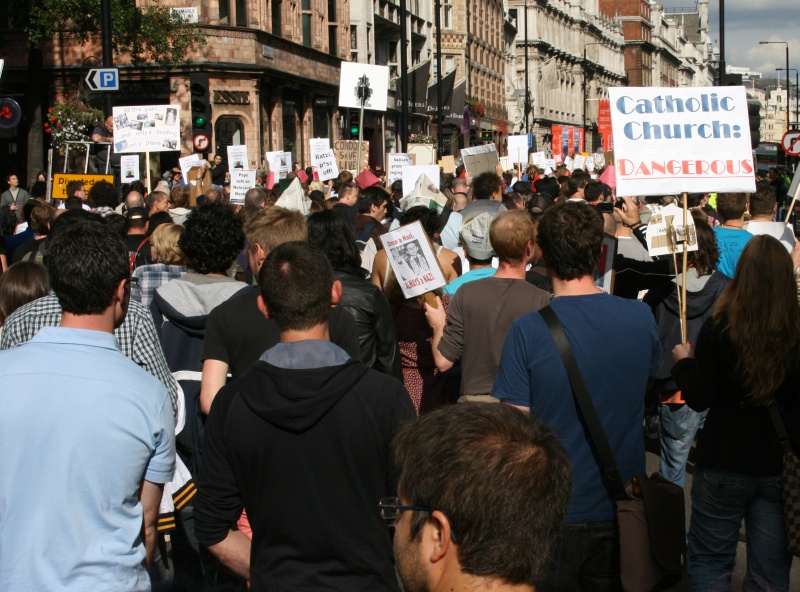 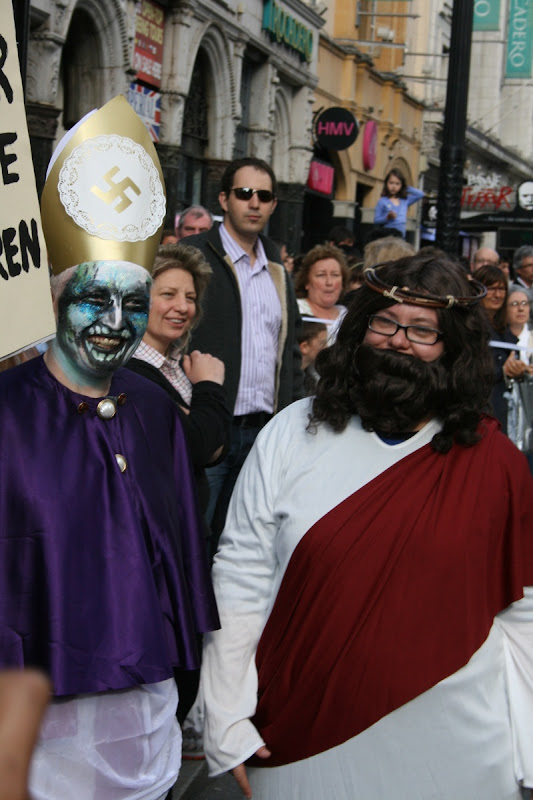 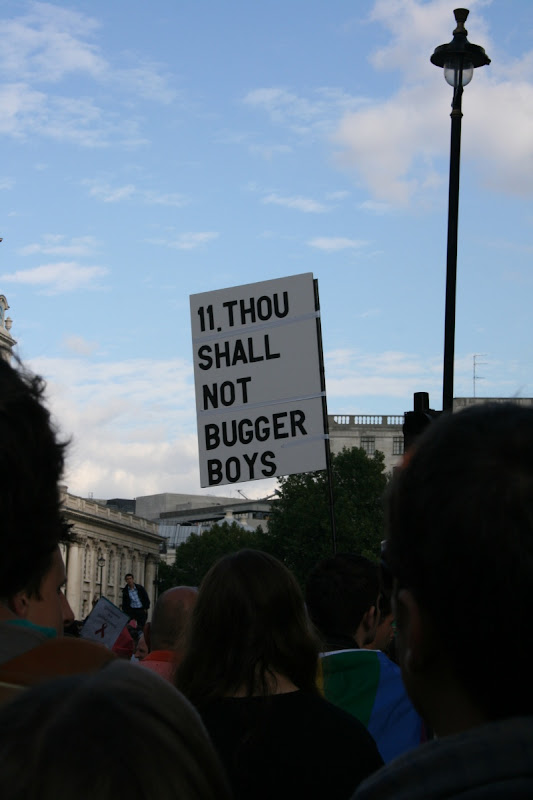 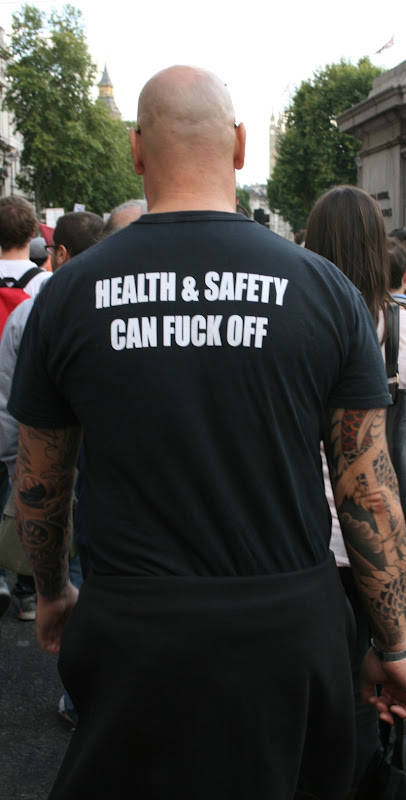 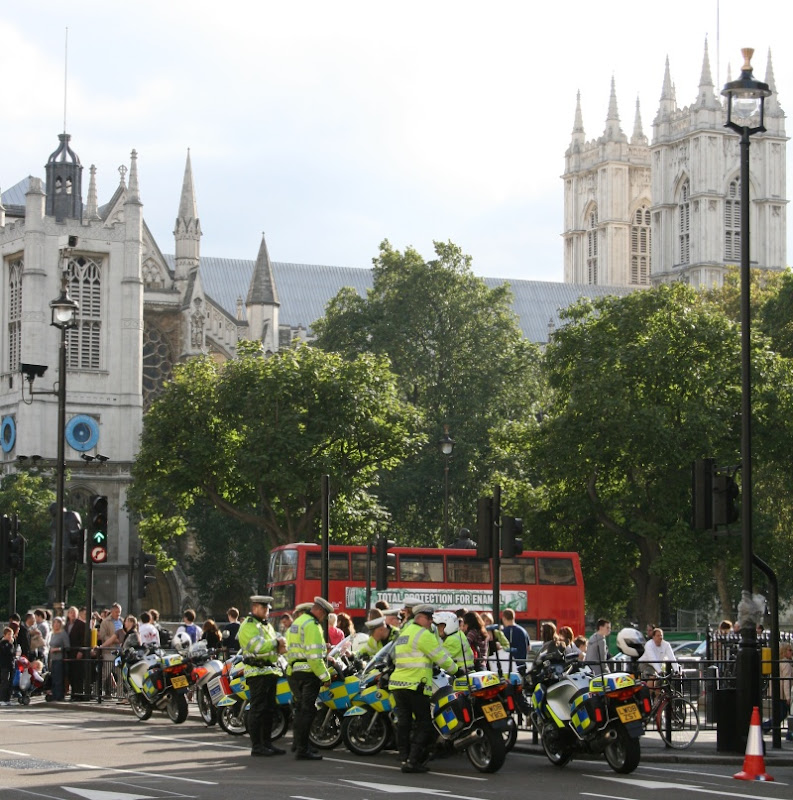 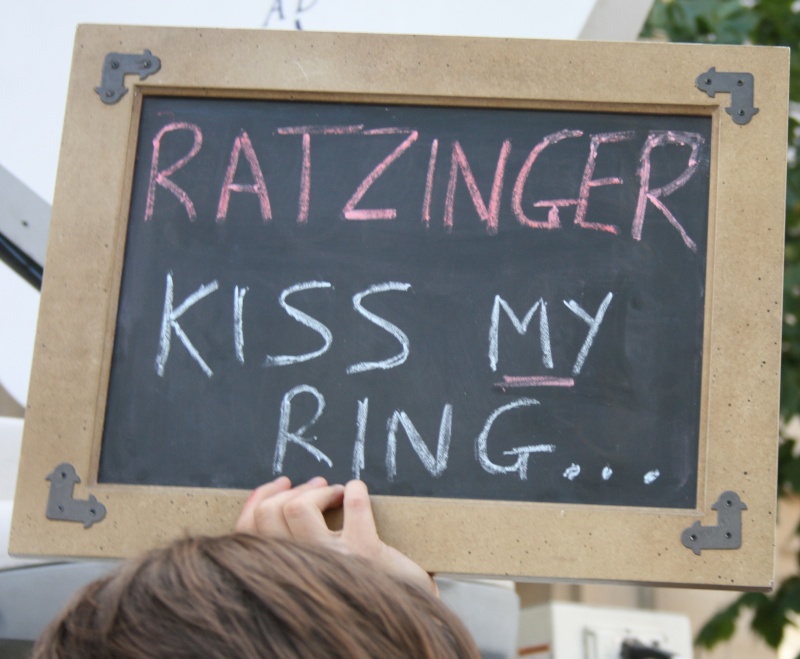 At the end of the march, as we neared Downing Street, I was walking along beside Ian McKellen. That's Sir frickin' Gandalf to you and me! He filmed me with his iPhone. I was staring at him, but I'm terrible at recognising faces and no one else seemed to be responding so I assumed that it was just a guy who looked like Magneto. But then as he moved up through the crowd he paused to take a photo with someone, and the girl in front of me said: "He touched my hand! I'm never washing it again!". But by then it was too late to get a picture.
Still, if God was trying to send me a message that I was on the wrong path, plonking Gandalf the Grey next to me was a serious mistake. The only way my afternoon could've been any awesomer was if he'd handed me the iPhone, and on the other end was Heidi Klum saying she was in love with me because I'd just been selected for the Black Caps. And then Gandalf and I would go out for nachos. I like nachos.
Some of the best signs:

"Do you fancy baby Jesus?"

"Abstinence makes the Church grow fondlers"
And my favourite:

"If I was a billionaire pedophile, I'd make my car look like an icecream van too"
Posted by James at 1:15 PM