At the exact point that Christchurch was being thrashed to bits by an earthquake, where was I? I was in church, of course. If you sinners back home spent a little more time in church like me, maybe your city wouldn't have been smitten like a latter-day Gomorrah. I have some pamphlets here if you're interested...
On 4 September 2010, a group from my work took a trip to Ely to tour the cathedral. Ely is a town about 30km north-east of Cambridge. There's quite a nice walking track along the Cam between the two towns, which I've done before, but it's a decent slog. I was wiped out by the end of it. 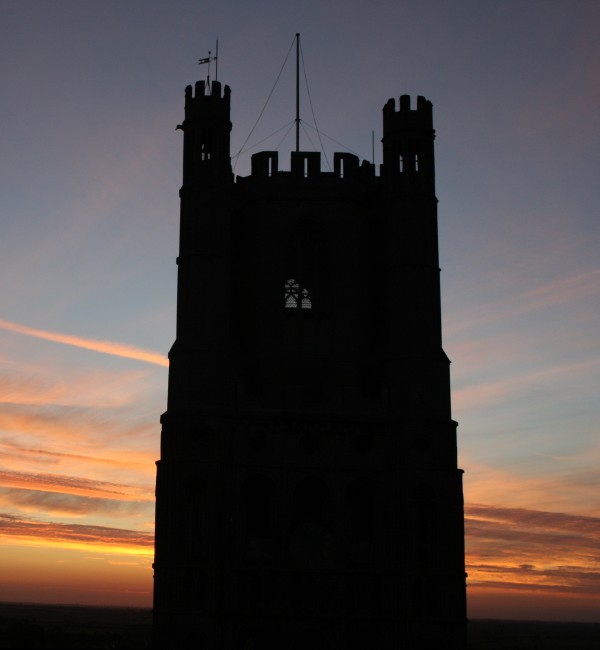 Ely is quite an interesting town. The abbey that predated the cathedral was built in 693AD. It sits on a hill around which used to be a huge swamp (the "Fens"). The fenland was drained in the 17th century so it's all dry land now, but back in the 11th century when the Normans were taking over England, it was known as the Isle of Ely and was home to a local (either Anglo-Saxon or Viking) named Hereward the Wake. Hereward became an outlaw and resisted the Norman invasion by hiding in the fens, in a fashion similar to Robin Hood (only without giving money to the poor: Hereward was more of a laissez-faire free marketeer).
Anyway, the cathedral is pretty massive, and seems very out of scale with the town of Ely. If you see the movie "the King's Speech", Ely Cathedral is used for Westminster Abbey. 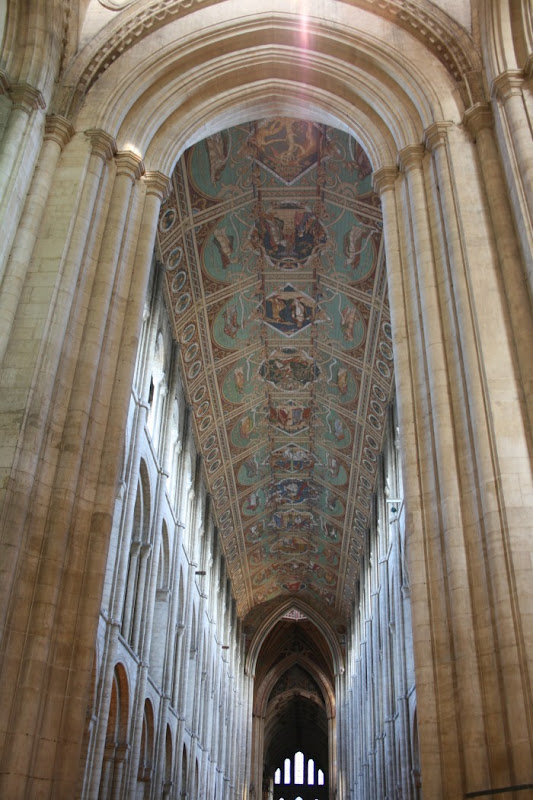 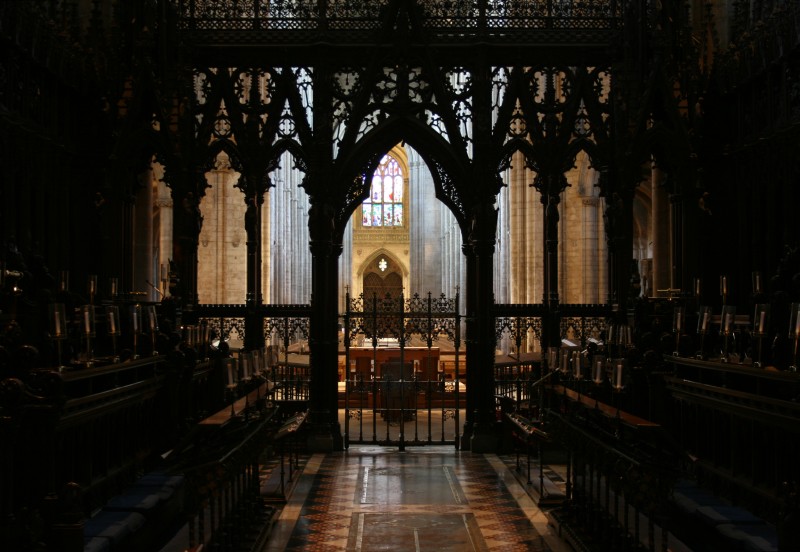 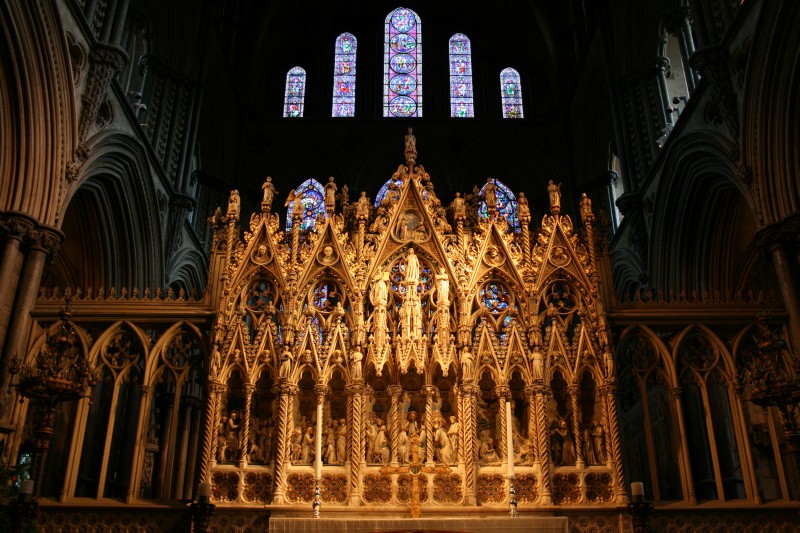 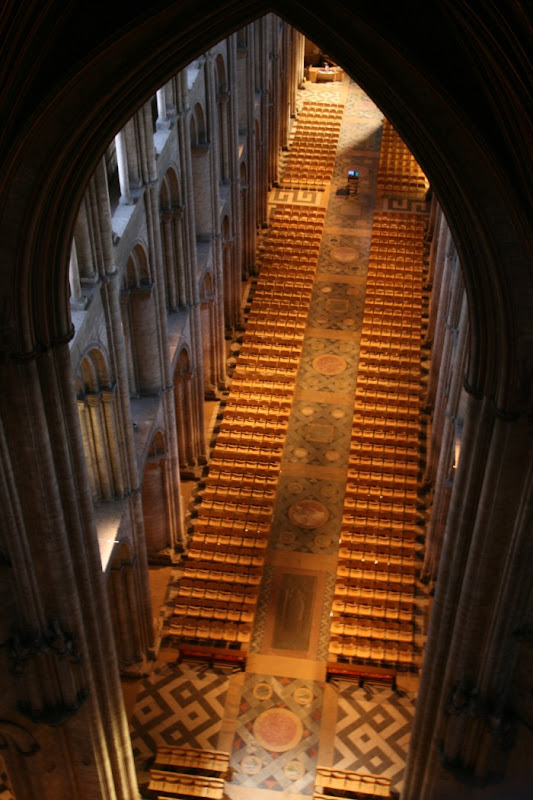 The cathedral has an 8-sided lantern in the ceiling that we climbed up into, and out onto the roof. The view from up there is great. 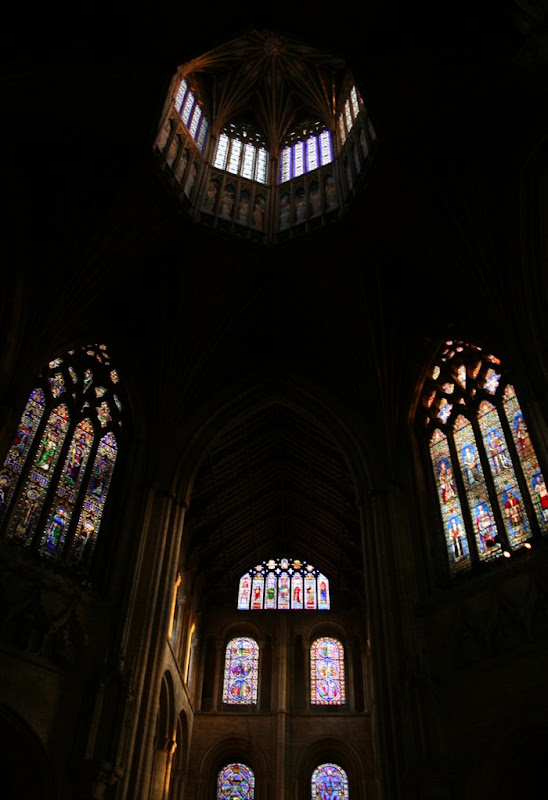 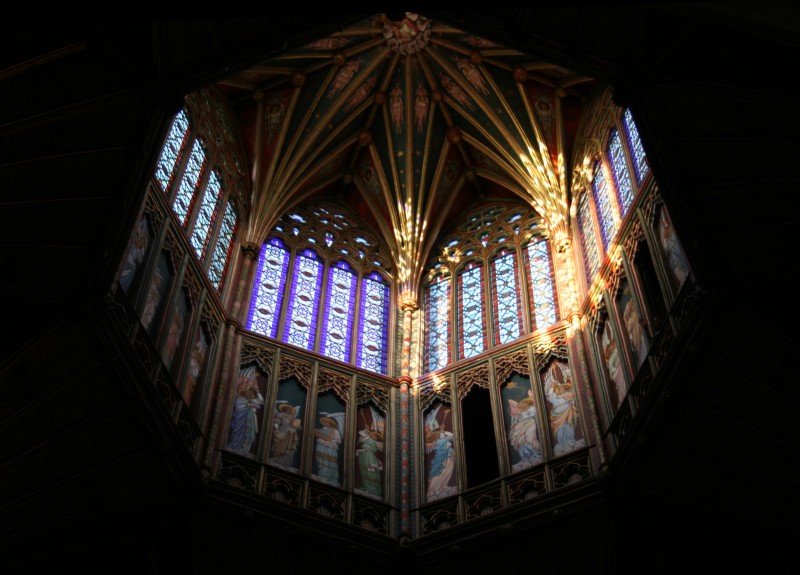 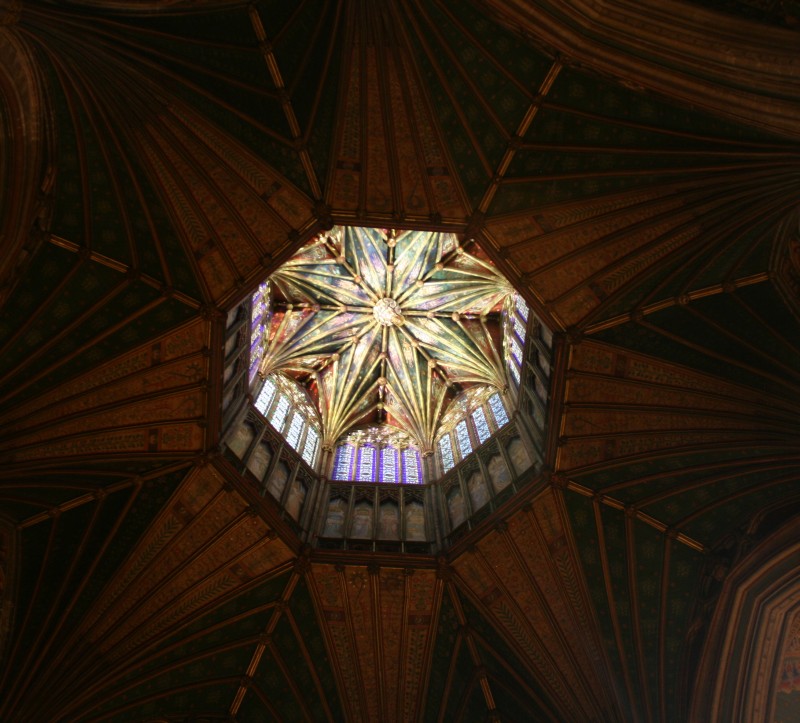 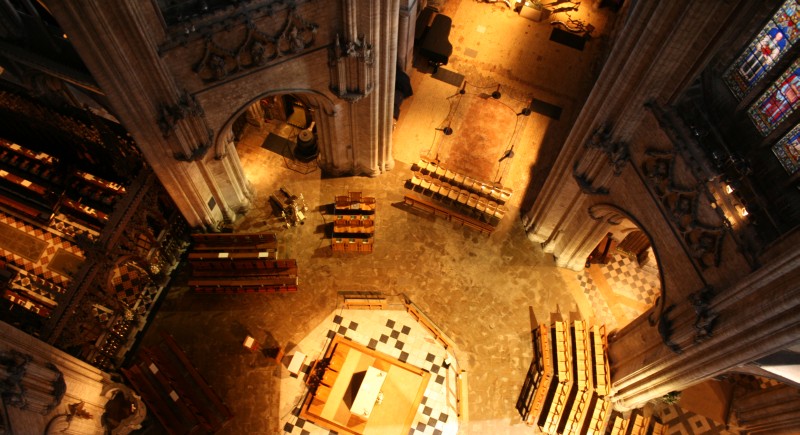 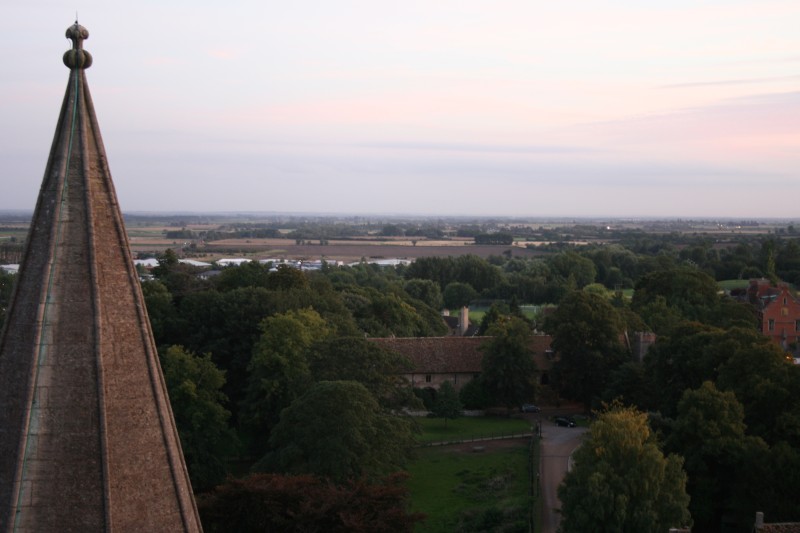