The next morning, I biked back into Donauworth, and bought a new tire to replace the ruined one. German bike shops are really good.
As the town name suggests, Donauworth is where the Romantic Road crosses the Danube: 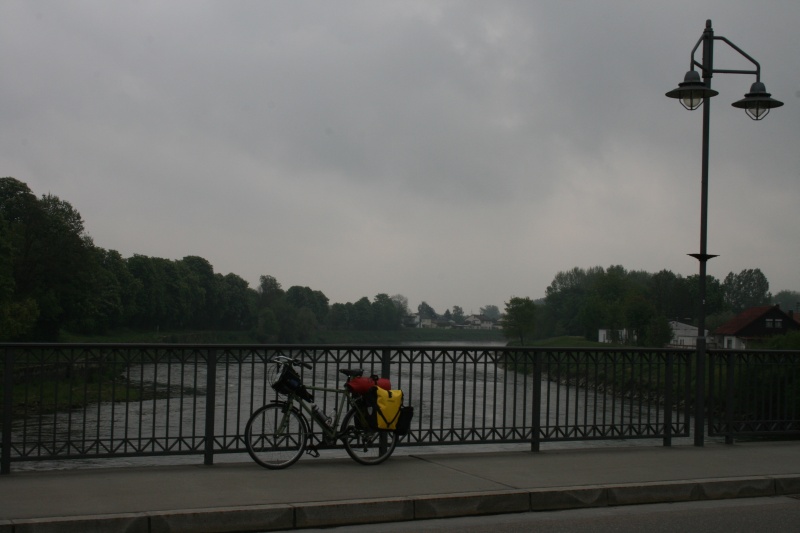 The rain had stopped, but it was still dismal. I paused for lunch in Harburg, which was one of the prettier towns I saw. It has a castle nestled on the hill above the town. 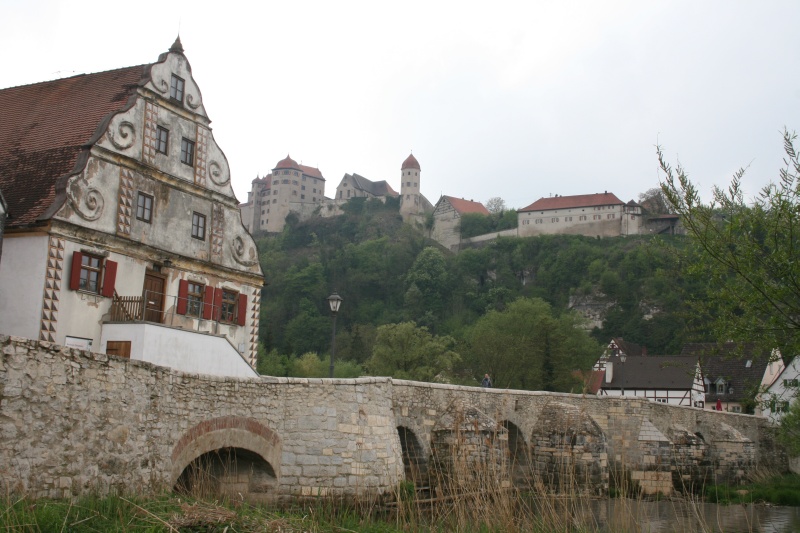 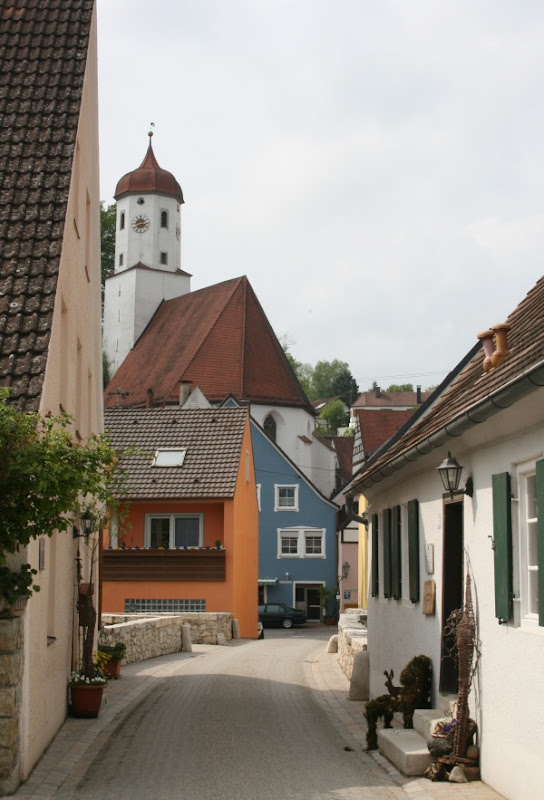 The weather remained crappy as I biked onwards.

In the afternoon I reached Nordlingen. Nordlingen is kind of a hole. No, seriously. It's a town built in the depression left by a massive meteorite impact 14 million years ago. The impact created 72000 tons of diamonds in the area.

This was another day where I needed to cover a lot of ground: too much ground. I plodded on through the afternoon, but a lot of the riding was on hilly unsealed clay roads through forests. There must've been quite a bit of rain, because my bike became covered in mud, and it was really slow going. My tires picked up a thick layer of gunk that rubbed inside the mudguards like brakes. 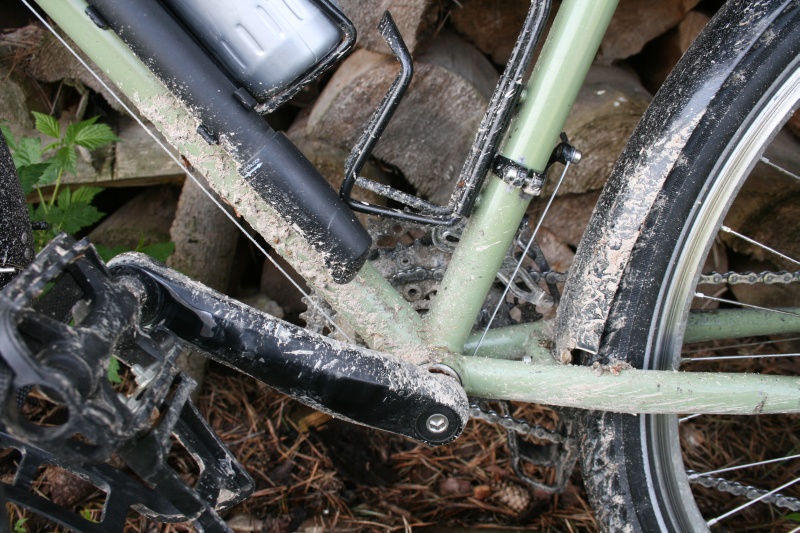 It reached the point where it was so dark I was looking for a place in one of the forests to sneakily pitch my tent, but the need to find food meant that I pushed on and finally reached Dinkelsbuhl around 9pm. It was not a fun day. My tent was still wet from the night before and everything was covered in mud. I took a room at the first hotel in town (a converted 15th century farmhouse) and used the pristine white-tiled bathroom to scrub and dry my camping gear.
In Dinkelsbuhl, you can do a stroll through the town with the night watchman. I had been looking forward to that, but arrived too late and missed it. I had to settle for roaming the streets with my camera the next morning. 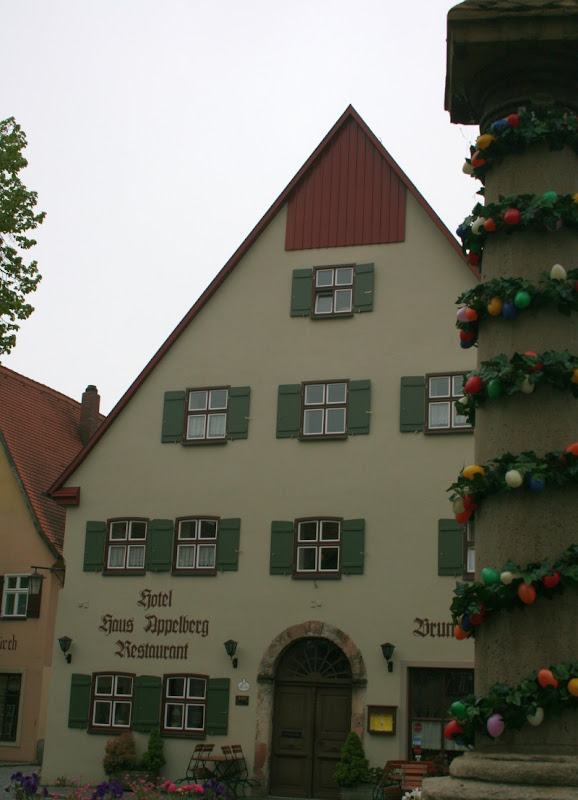 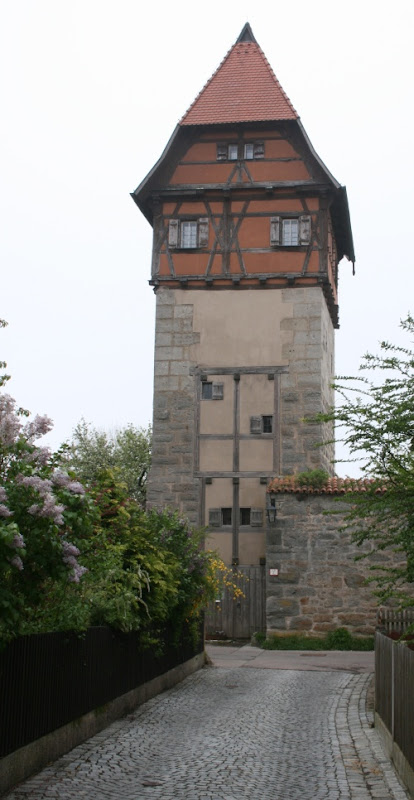 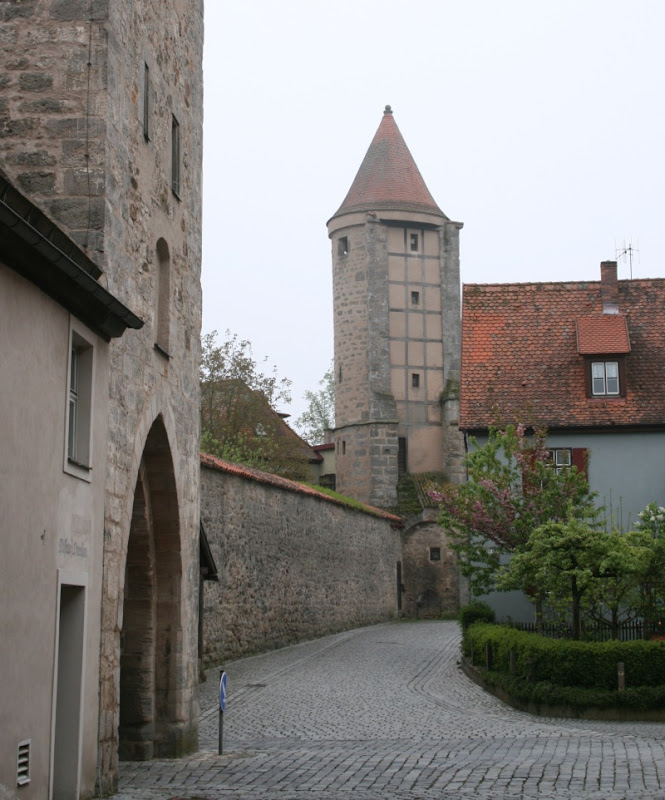 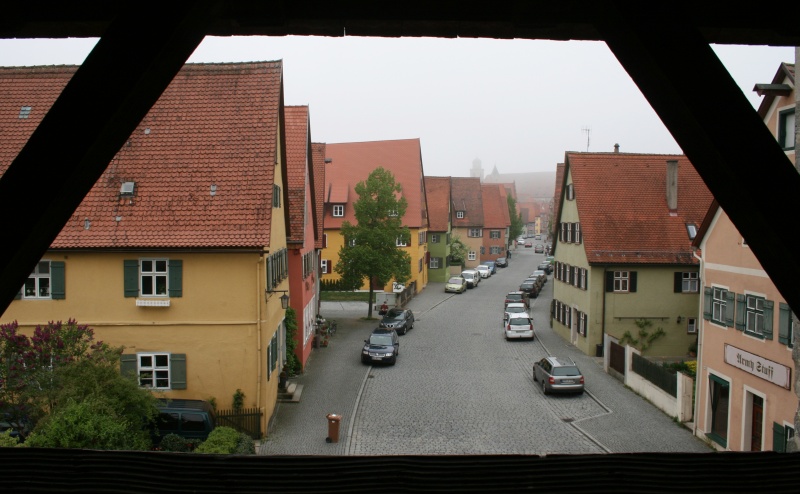 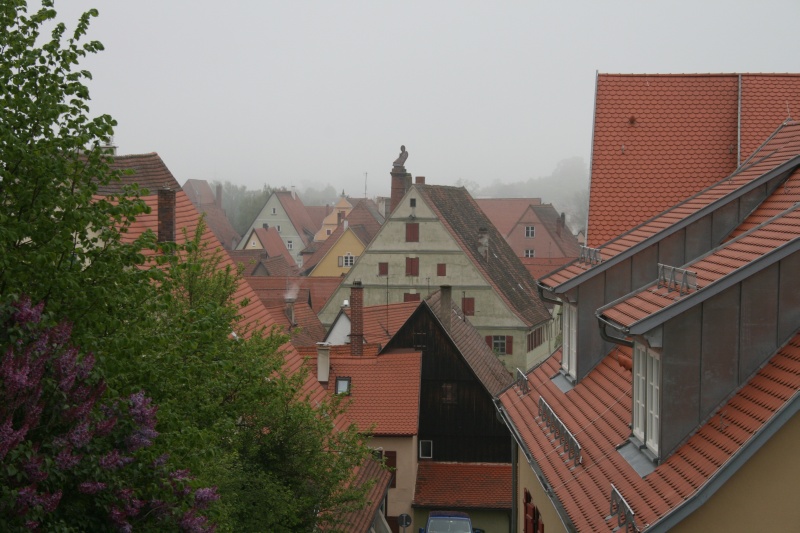 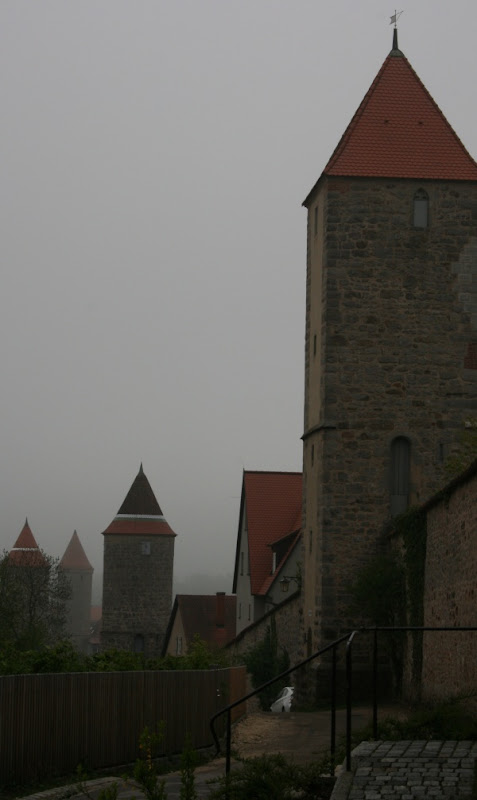 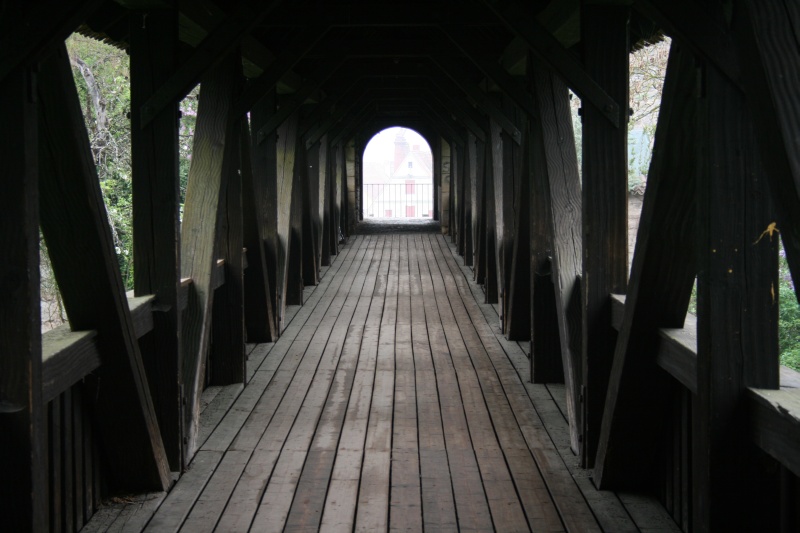 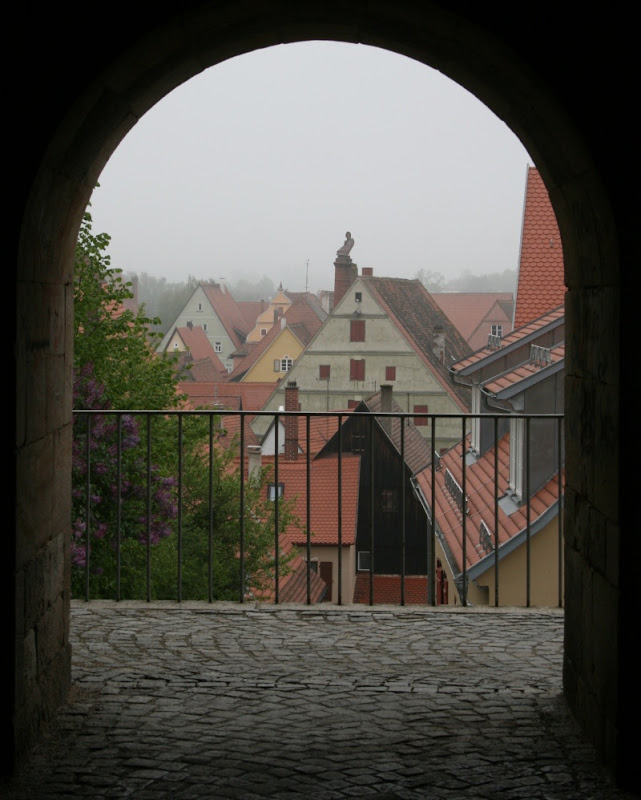 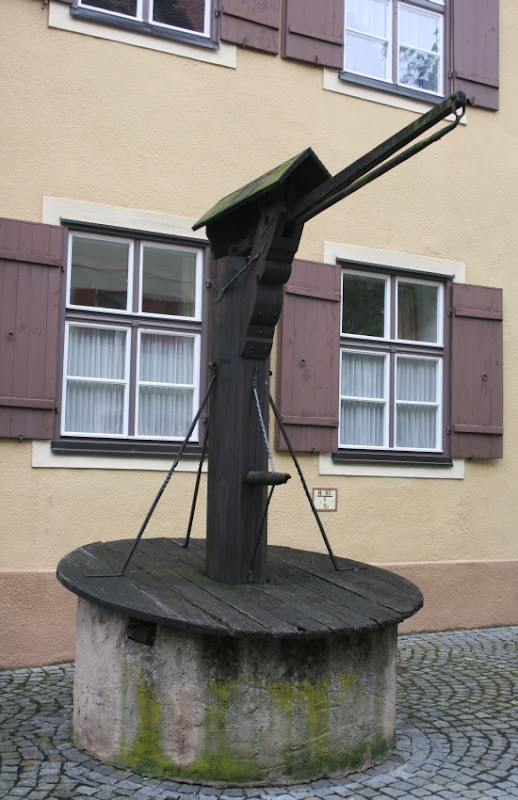 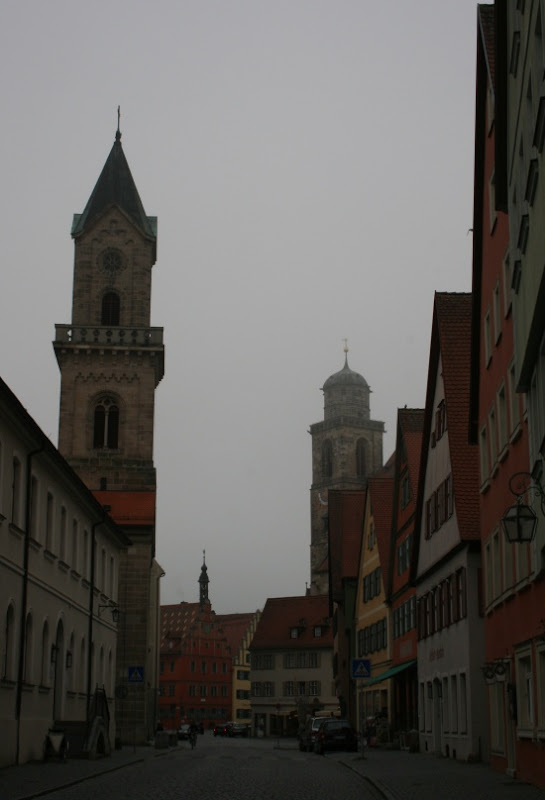 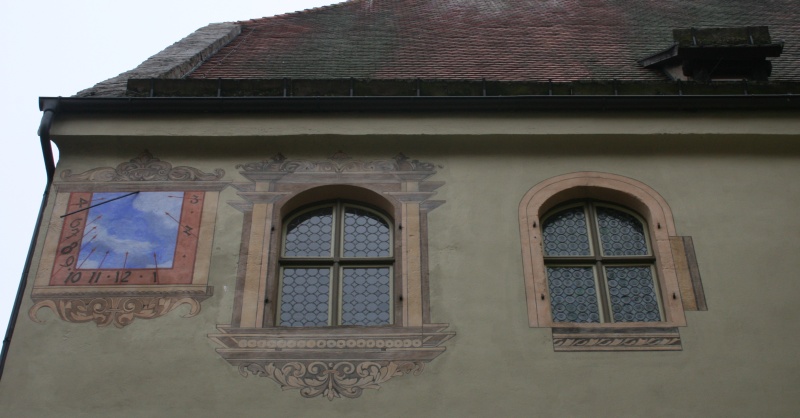 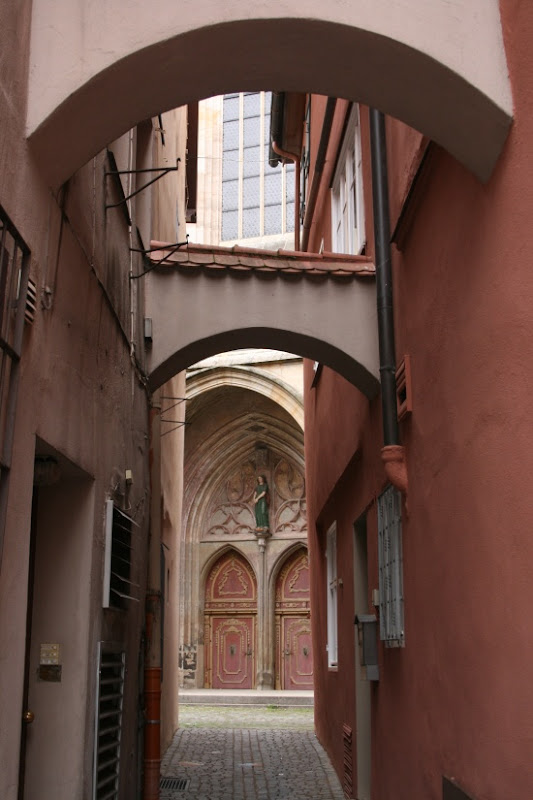 On the Romantic Road, a lot of the town fountains can be used for drinking water. This one in Dinkelsbuhl had a "nicht Trinkwasser" notice on it. What was their first clue? 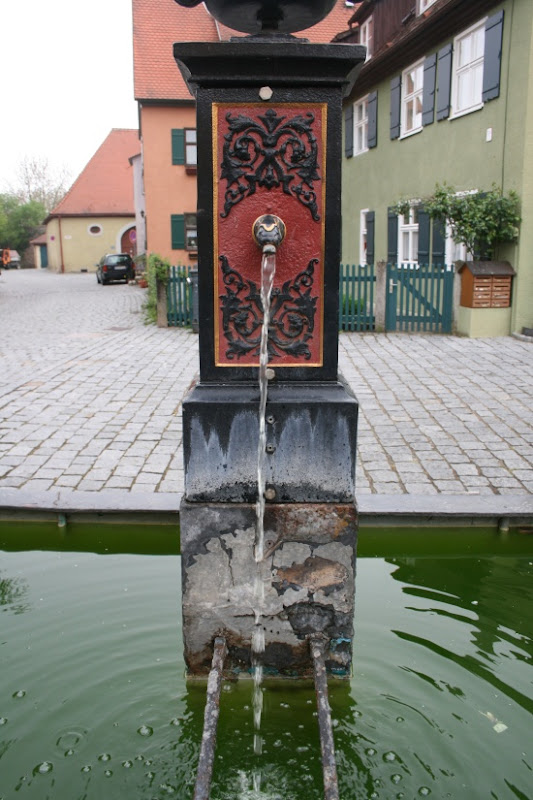