We went to "The Making of Harry Potter", which is a tour of the studio where the movies were filmed. Whereas the Harry Potter tour in Florida is a theme park, this is a huge display of props and scenery. I think it might actually be of more interest to adults than children. 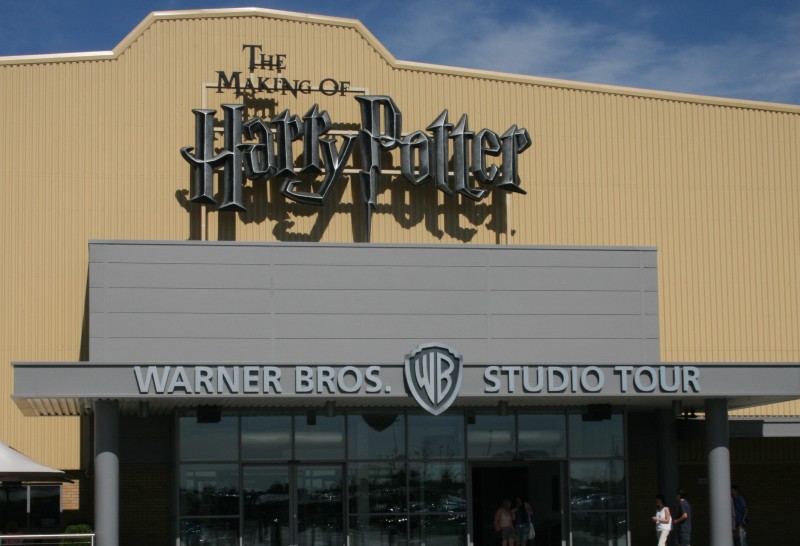 The cupboard under the stairs. You can see a pair of spectacles worn by Radcliffe on the lower shelf. 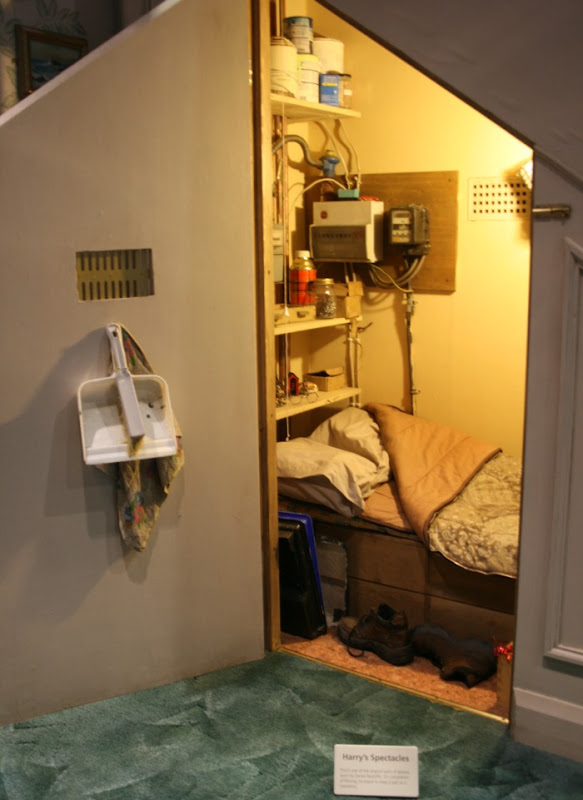 Statues from the entrance to Hogwarts. I believe they became animated and fought in the Final Battle of Hogwarts. 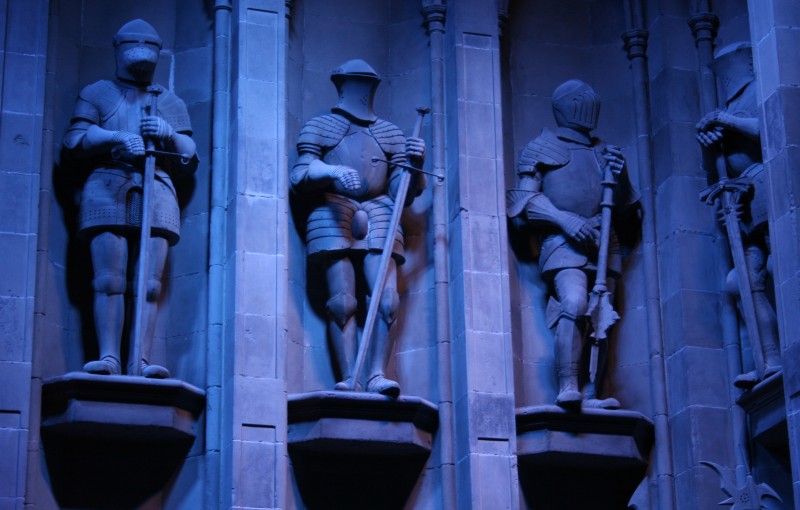 A sculpture on the wall in the Great Hall. 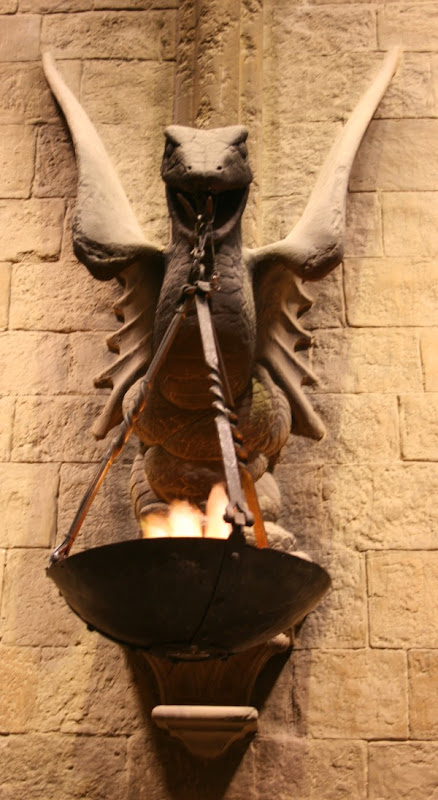 A dress worn by the ghost known as the Grey Lady (Helena Ravenclaw). 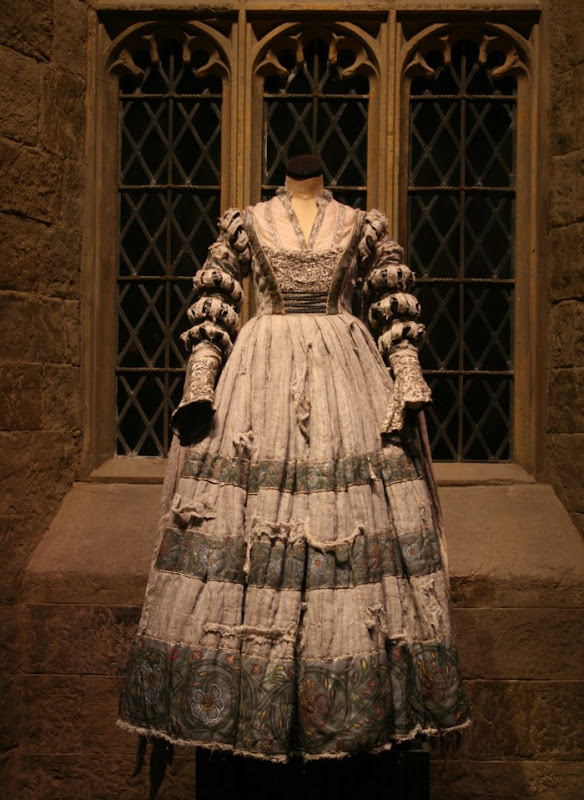 Slytherin costumes. Draco wore the robes on the left. 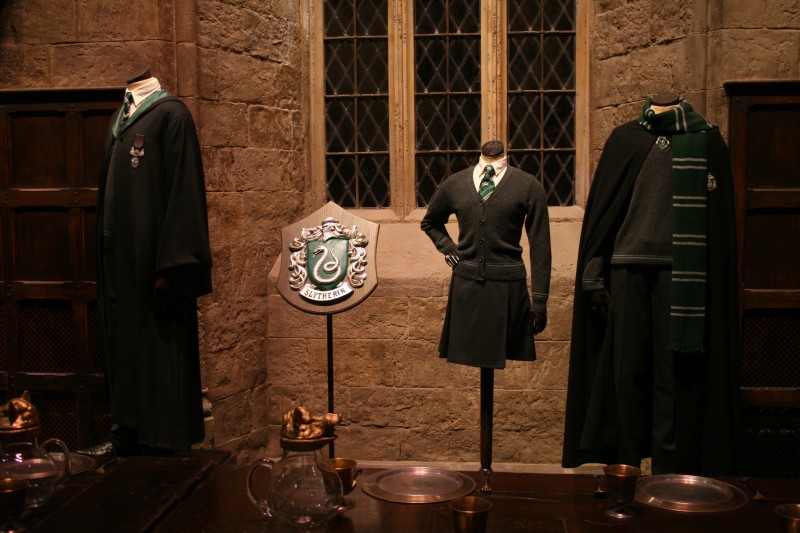 Hagrid and Filch costumes. The Hagrid one was worn by a 6`10 ex-rugby player with an animatronic head and stilted boots. 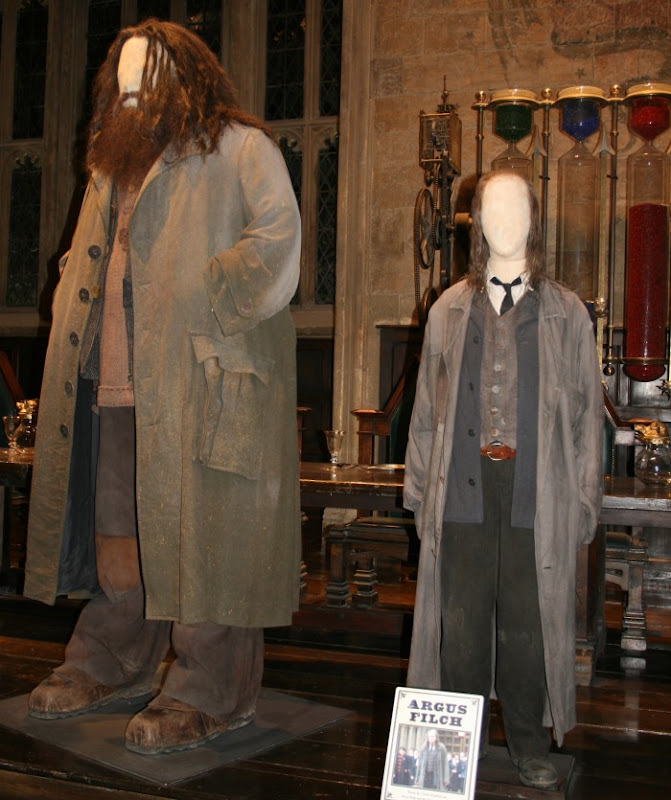 A rack of duplicate Harry outfits. 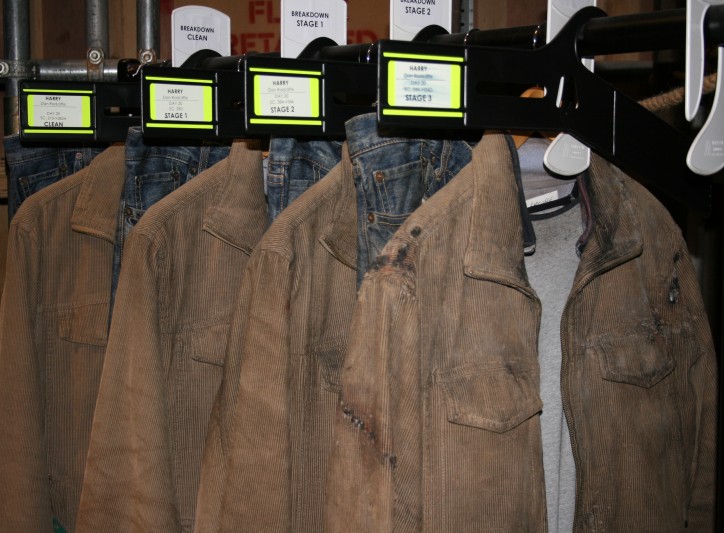 A forced-perspective corridor. It looks long, but is actually only a meter or 2 deep. 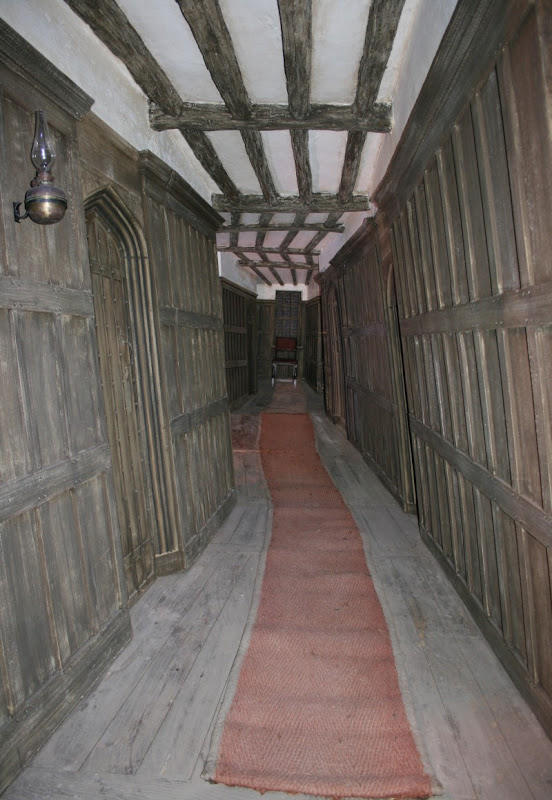 I think this was the Weasley's living room. 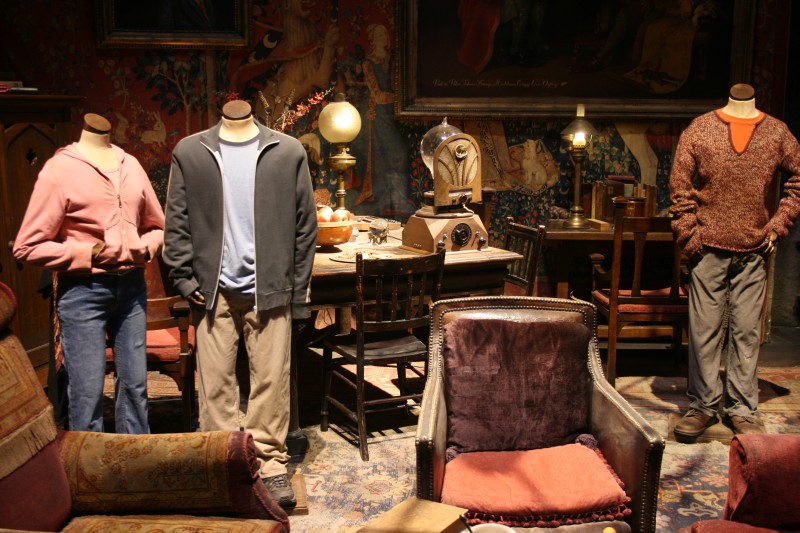 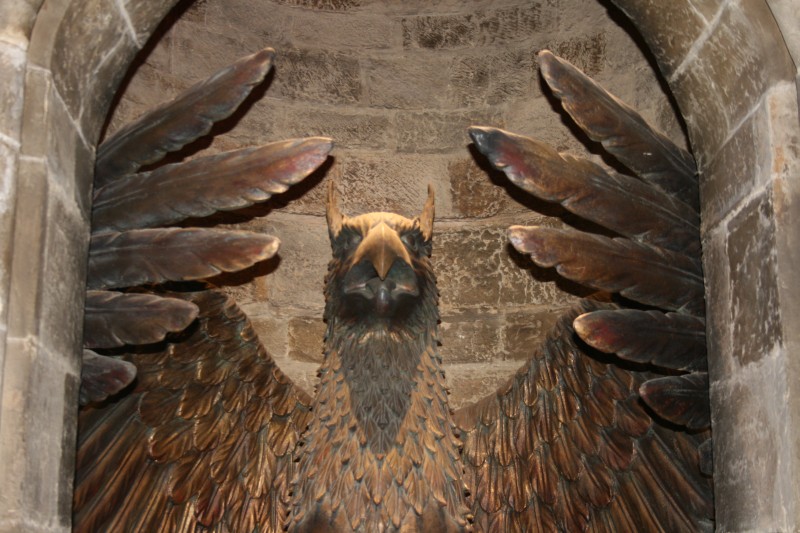 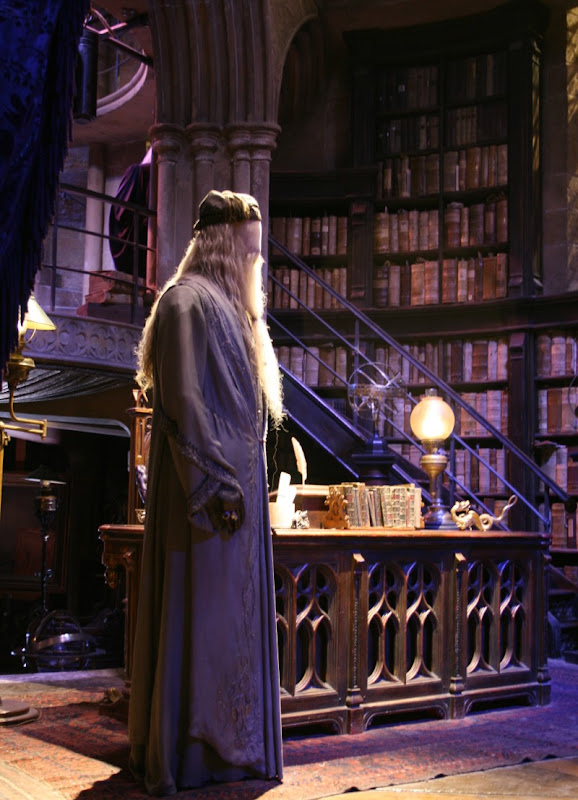 Potions in the potions dungeon. 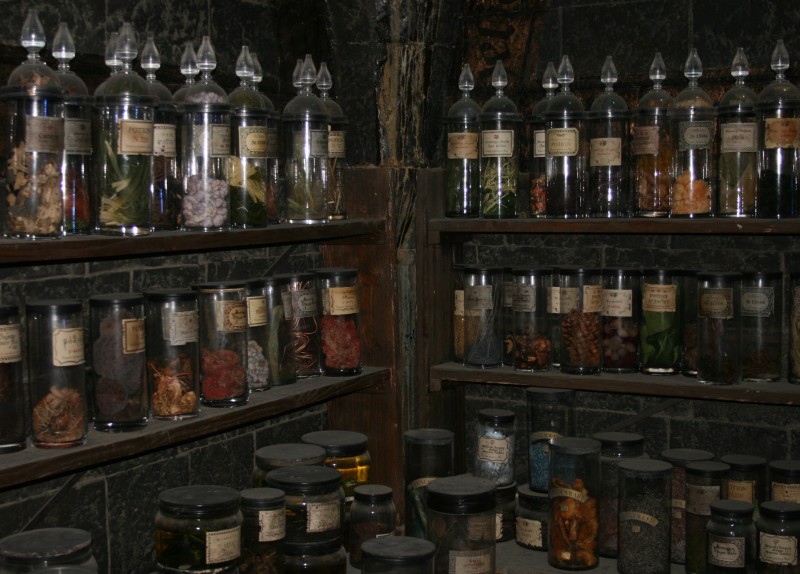 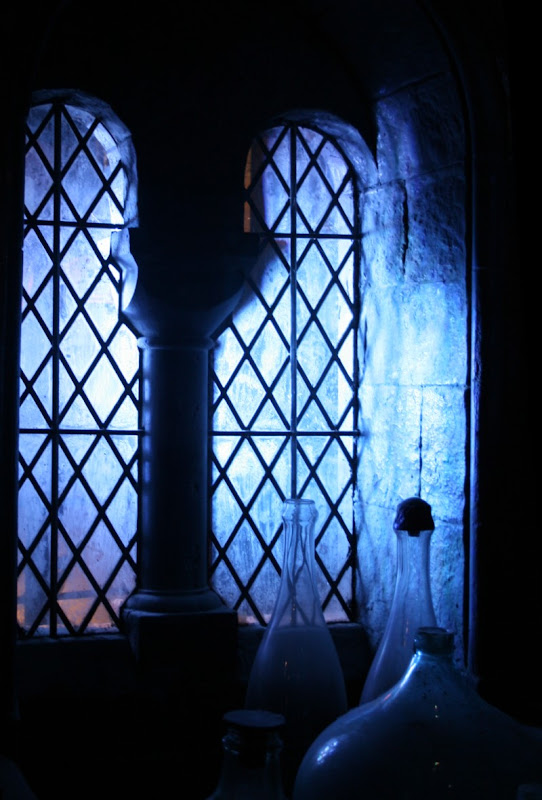 Locks on a door at Gringotts Bank. 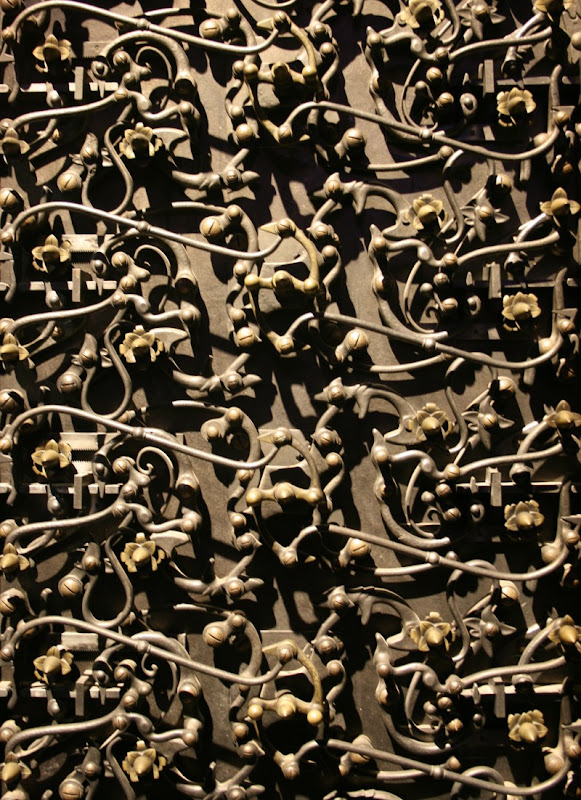