That's right, we went to Brixton to see the race riots.

Actually, in November we went to Cardiff to see the all-conquering Welsh rugby team take on some plucky upstarts from New Zealand. 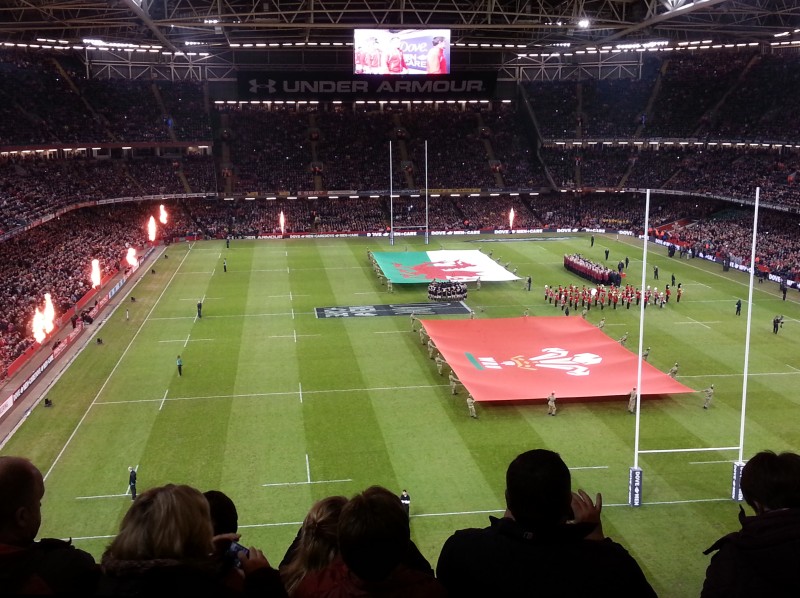 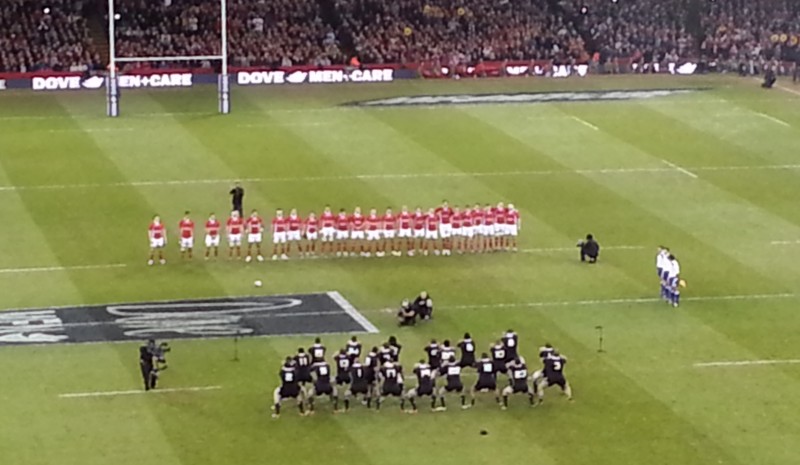 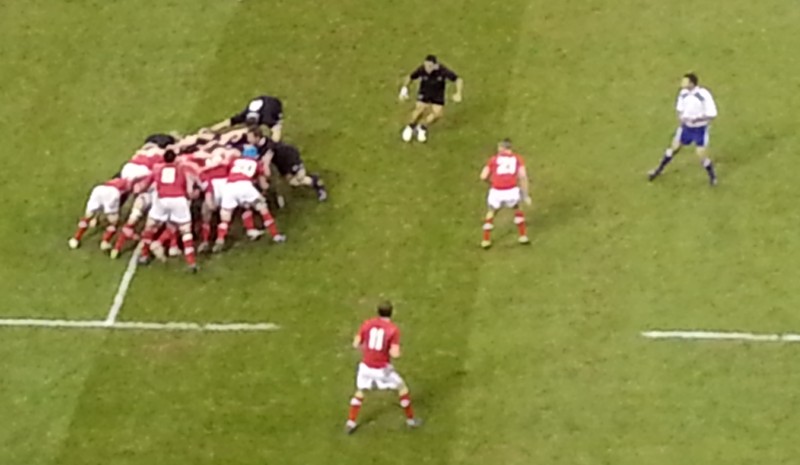 It was awful weather, but the fantastic stadium in Cardiff has a closable roof so we stayed dry.

I missed most of the game, because one minute into the action NZ's Andrew Hore biffed Bradley Davies, and I had to spend the next 79 minutes hiding under my seat, trying to avoid a Welsh lynch mob. I promise you this is true: by the end of the night, our inflatable Kiwi had been punctured by someone biting it.

The All Blacks went on to win 33-10, but the real winners were those of my English coworkers who like to call the All Blacks cheats. After the game we walked to the main street and partied it up at the Kiwi bar. It poured down all night. The women of Cardiff do not wear weather-appropriate clothing on a Saturday night. 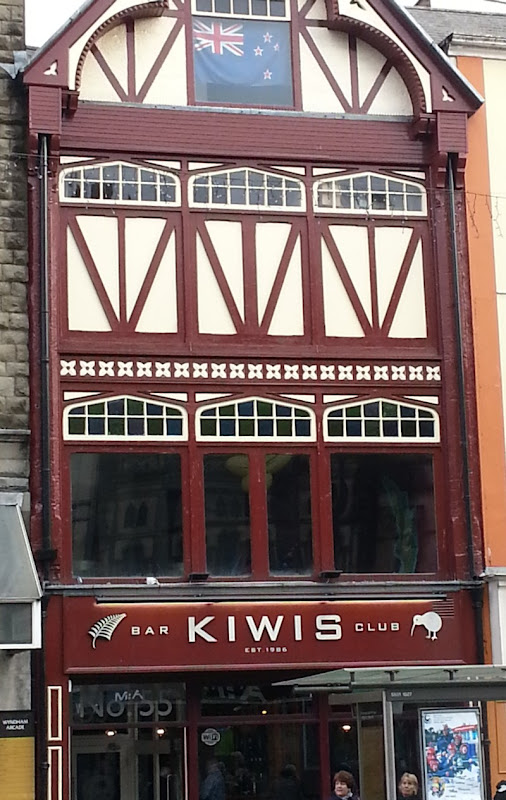 On the Sunday we went to Cardiff Castle. The Millennium stadium and the castle are within a 2-block distance of the centre of town. It's a pretty convenient setup. 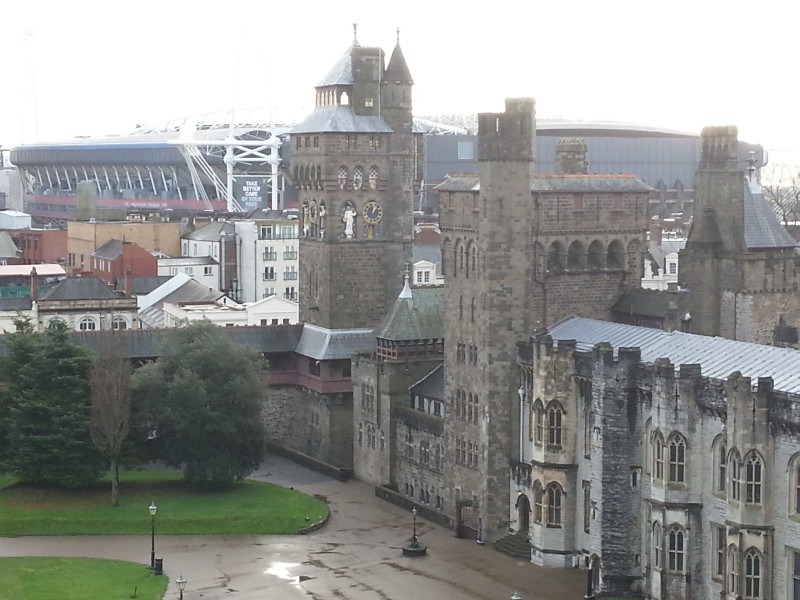 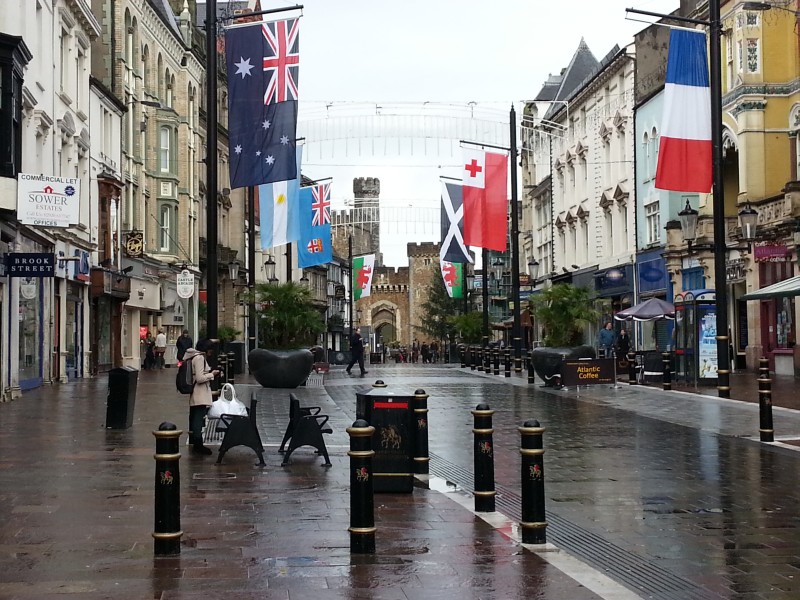 Cardiff Castle is one of the best I've seen. 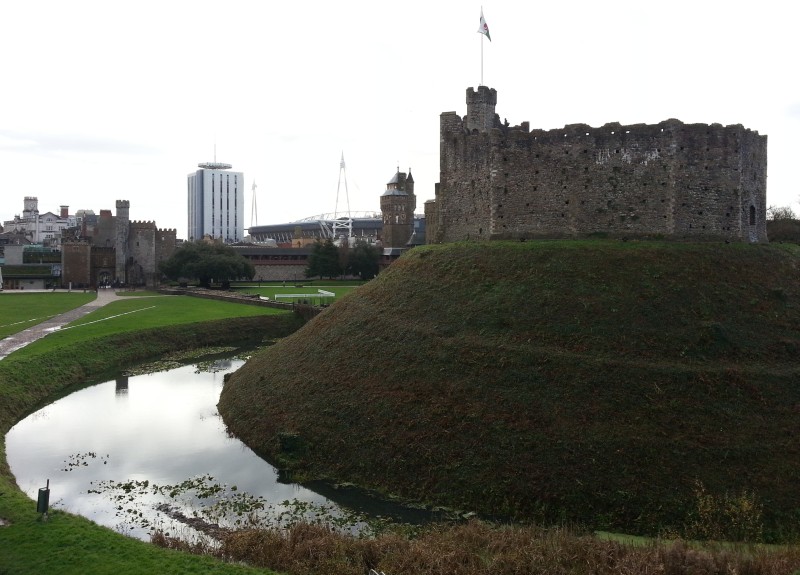 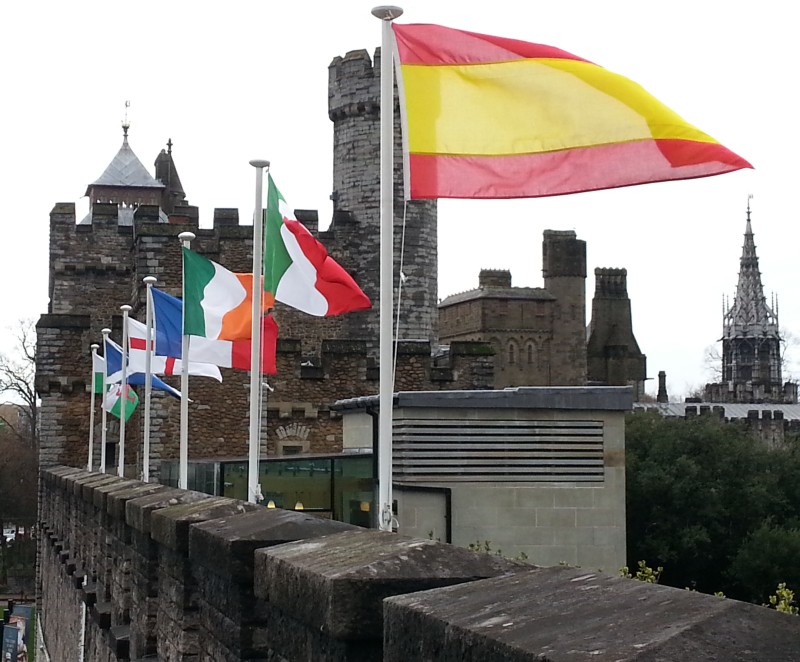 It was thought that Cardiff Castle was medieval, but excavations in the 1800s uncovered Roman foundations, and it turned out that the castle was originally a Roman fort. This extended the known age of the site by over 1000 years. The Roman gatehouse has been rebuilt using the original foundations. If you look closely at the base, the original stones are marked with a red line. 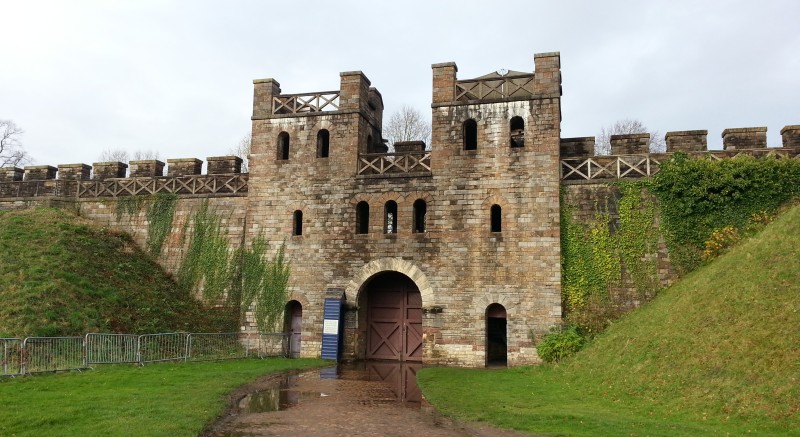 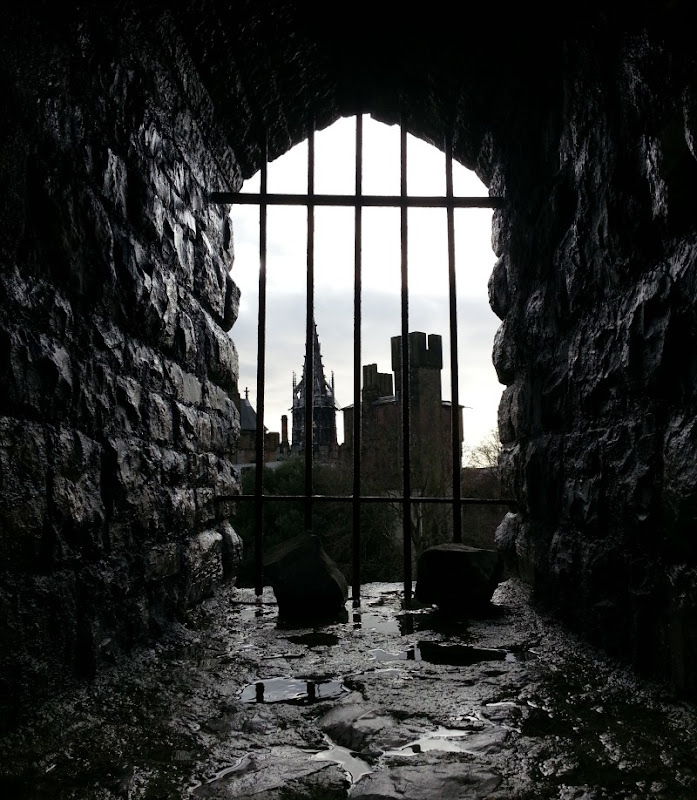 The castle has ended up a confused mix of styles. The gatehouse is reconstructed Roman, the mound has a Norman motte and bailey keep, the Black Tower at the south gate is 13th century, and the main lodgings are gothic. In WWII, the passage inside the walls was kitted out as an air-raid shelter. 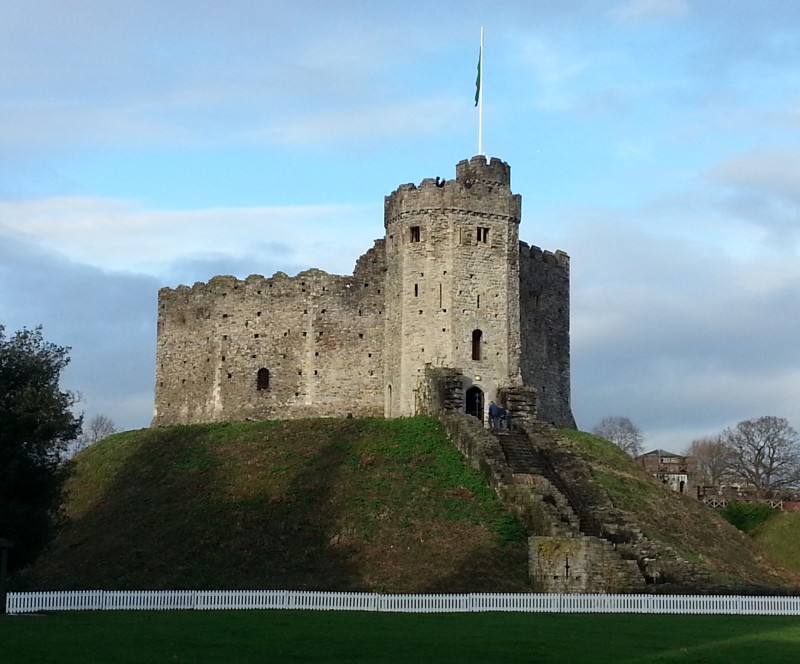 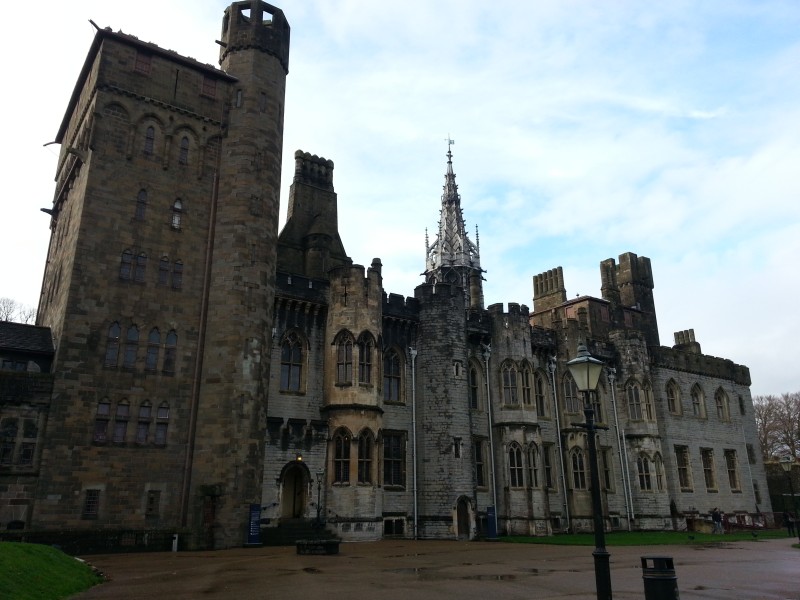 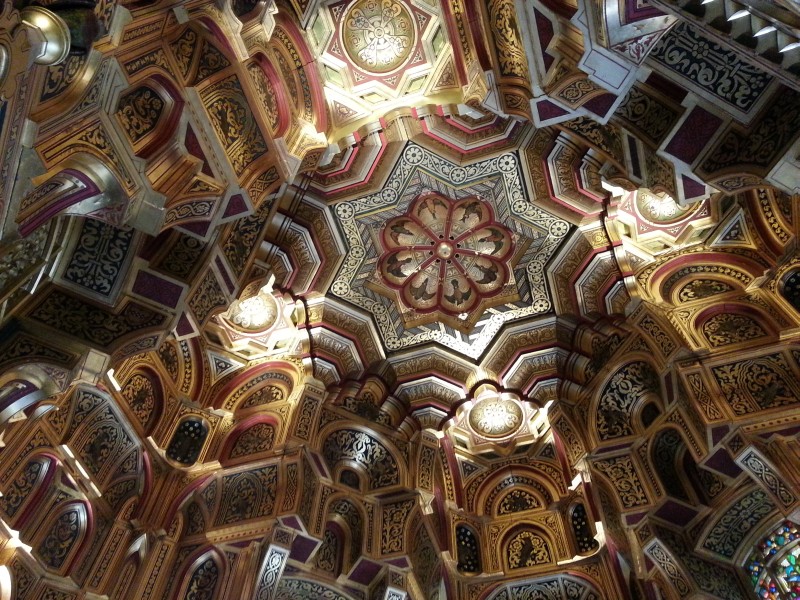 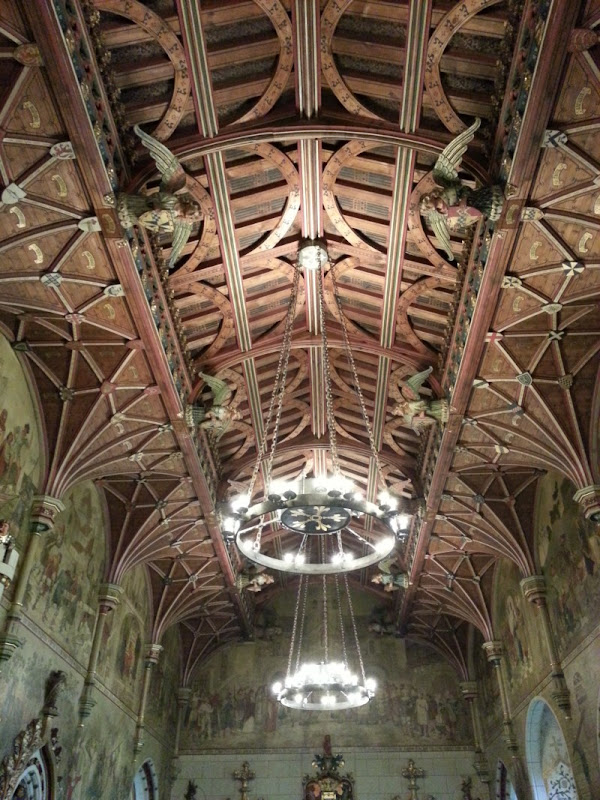 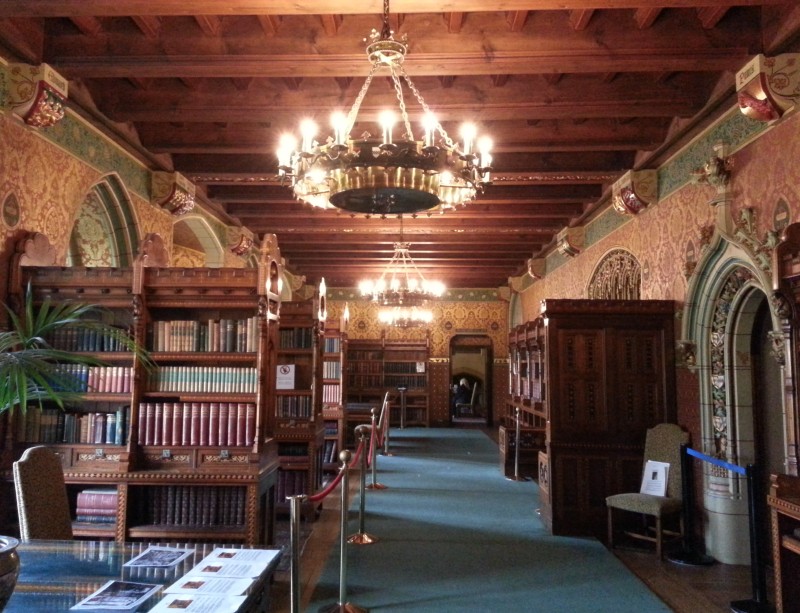 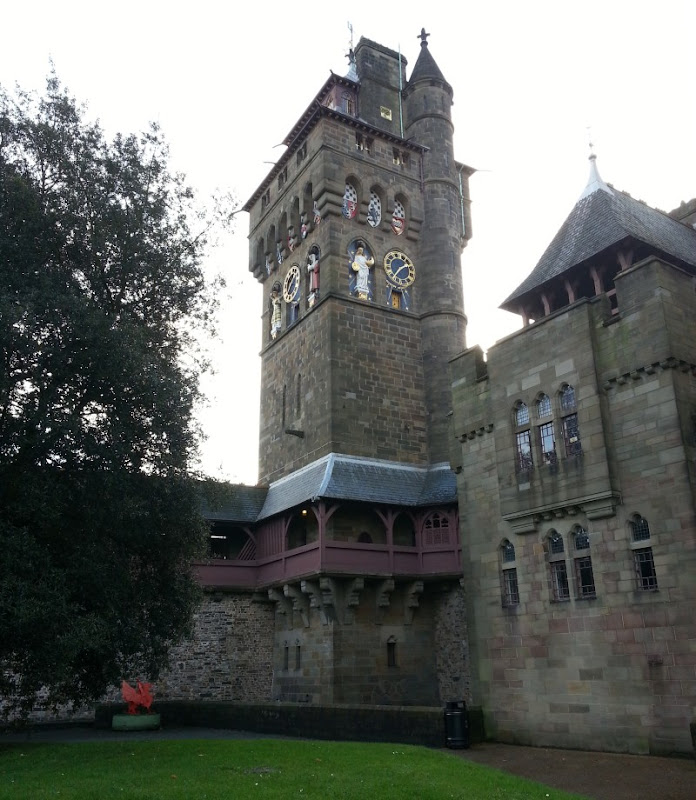 On the way back to London, our train stopped and didn't move for 6 hours. Two Welsh guys sitting beside us were travelling for work, and spent their 50 pound travel allowance on beer. They drank 18 large cans between them until the train's restaurant car ran out of booze.

So that was my first trip to Wales. The Welsh weather is as bad as the legends tell, but the people were universally nice, and the Welsh accent is a real thing. I hope to see more of the country. 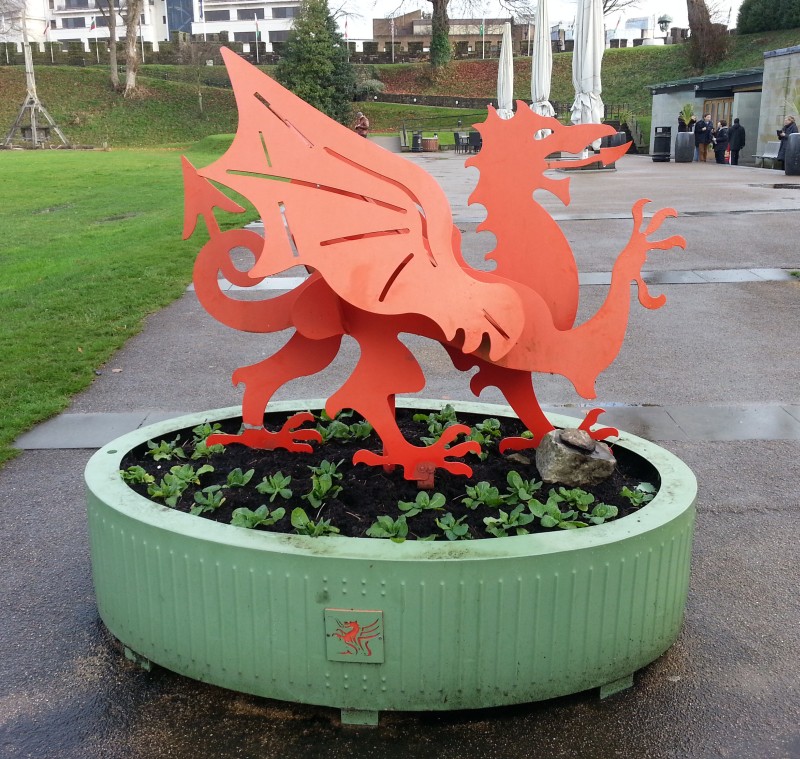