We Saw Warsaw (I)

We did a quick trip to Warsaw, as one does. Actually, judging by the dearth of postcard shops, tourists do not visit Warsaw. In WWII, 85% of the buildings in Warsaw were destroyed. Consequently, there's not much historical stuff to see. There's "Warsaw old town", but even it was rebuilt. It's where they get their tourism tag line: "Warsaw: the Christchurch of the north".

We arrived at night and when we woke up the next morning, the city was blanketed in snow. We didn't expect that. The snow continued to fall during the day. Wading through snow drifts is an excellent way to work out where the holes in your sneakers are. 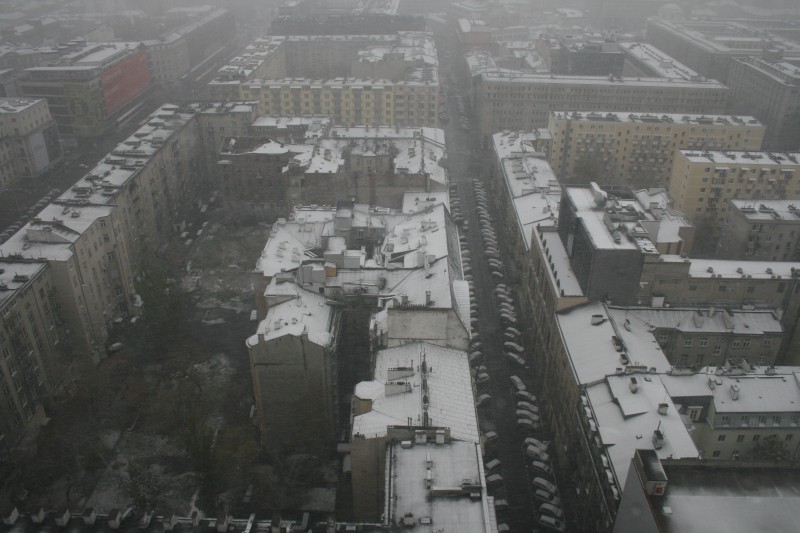 View from the Hotel

We started with a trip to the Archaeology Museum, which satisfied both my fascination with archaeology, and our desire to not stand in a blizzard. It was smallish but very good. A large part of the display was devoted to numerous Celtic finds recently discovered when they built a motorway across the country.

We then walked to Warsaw old town. 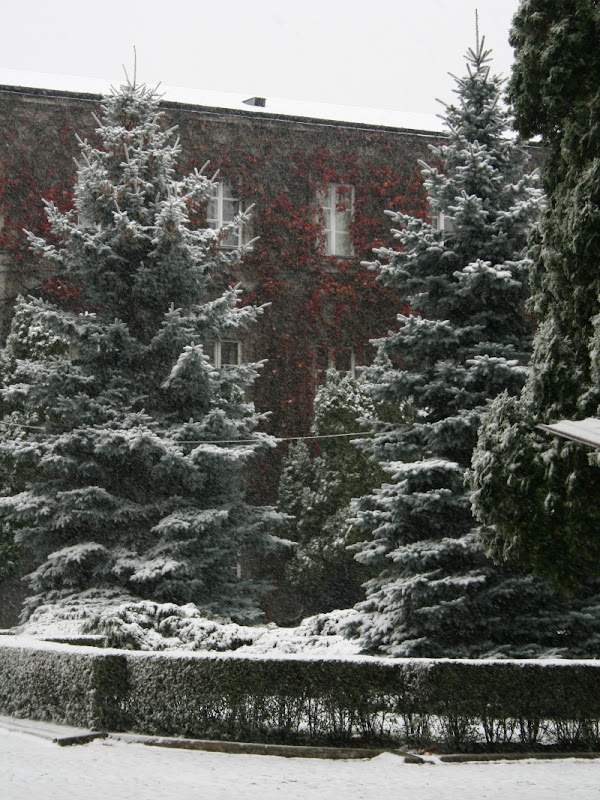 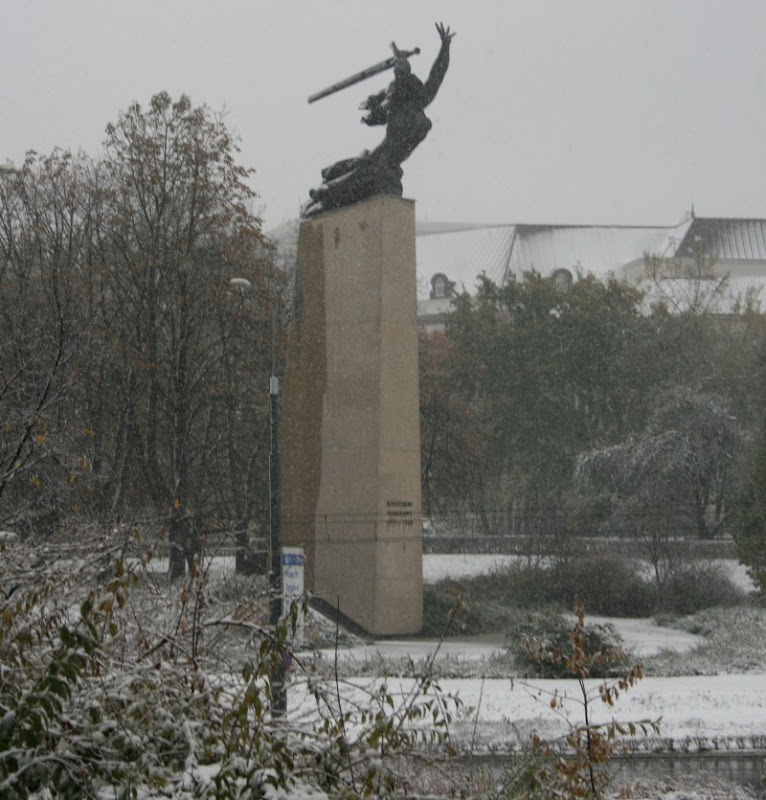 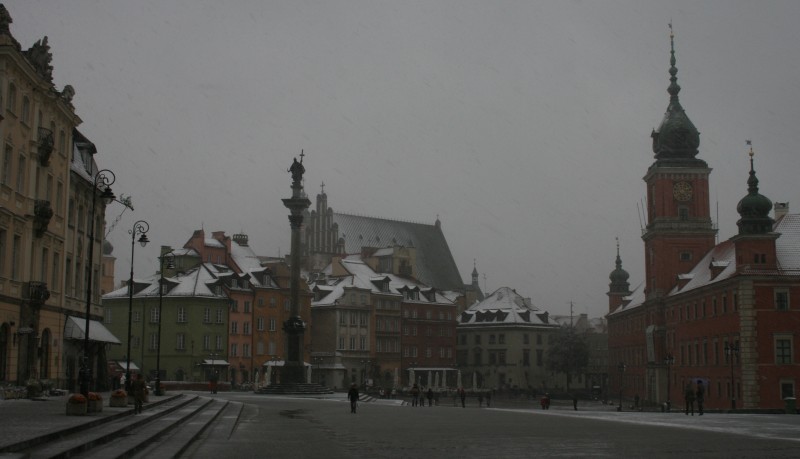 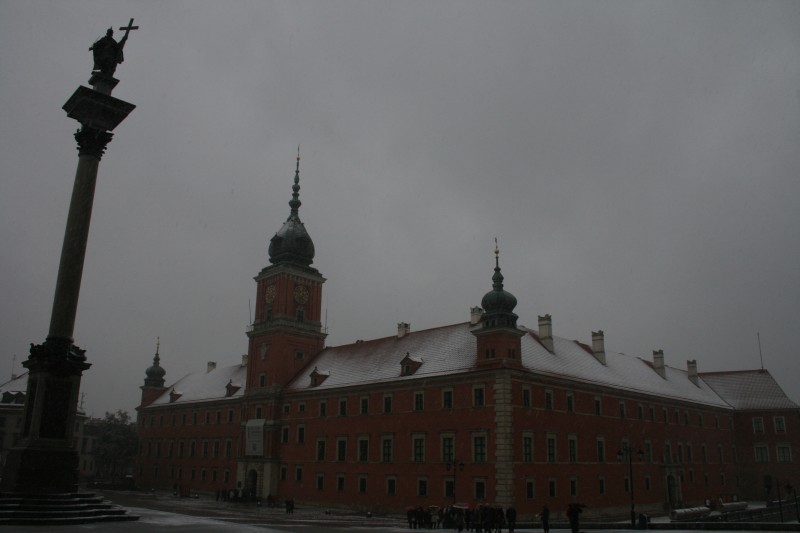 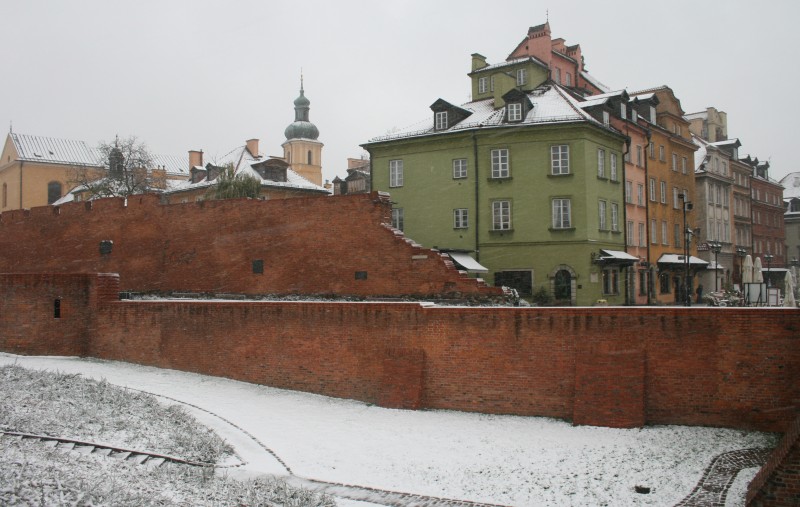 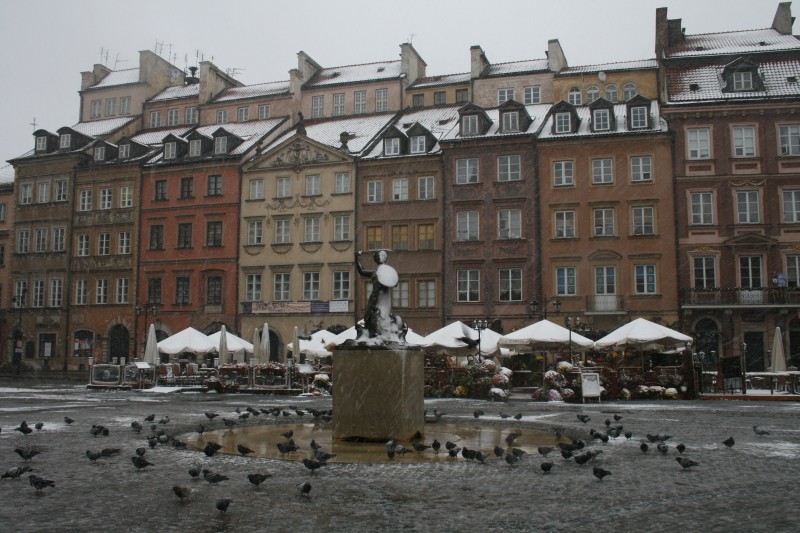 The statue in the middle of the market square is of the syrenka ("little mermaid"). She is the symbol of the city and, according to legend, the sister of the Danish mermaid. Technically, she should wear a crown, but that accessory was removed from the coat of arms by the Soviets during occupation because it implied Polish statehood. 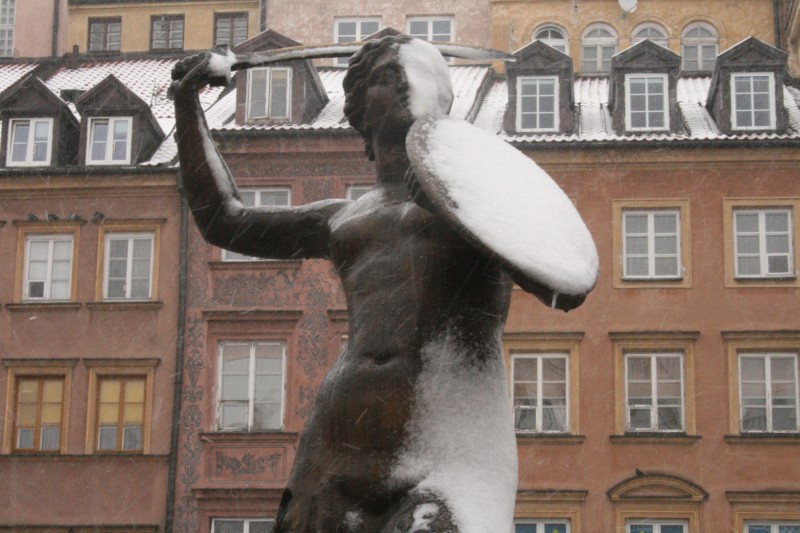 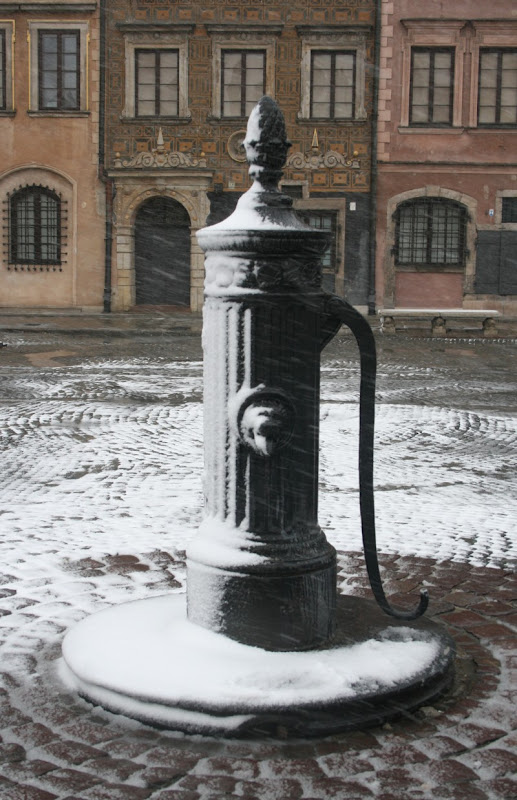 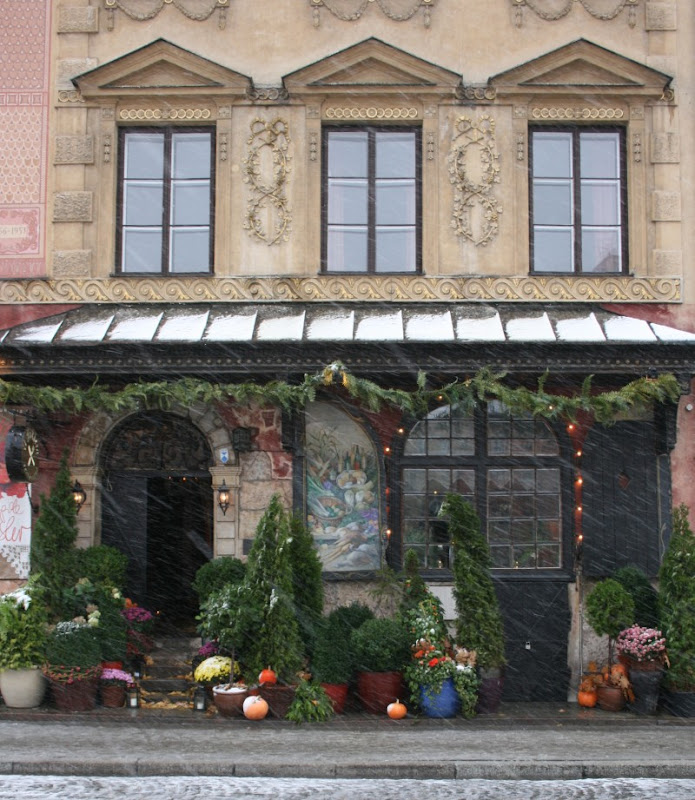 Did I mention it was cold? I feel that's an important point to make. Both my trips to Poland have featured copious amounts of snow. 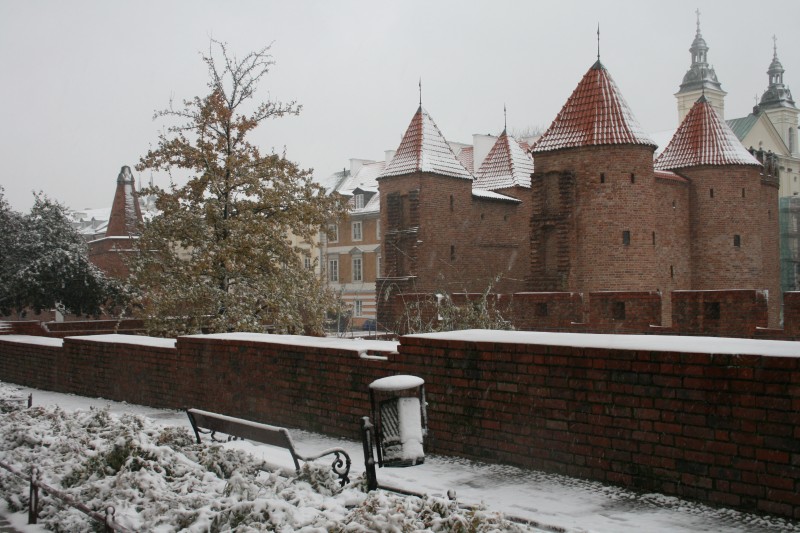 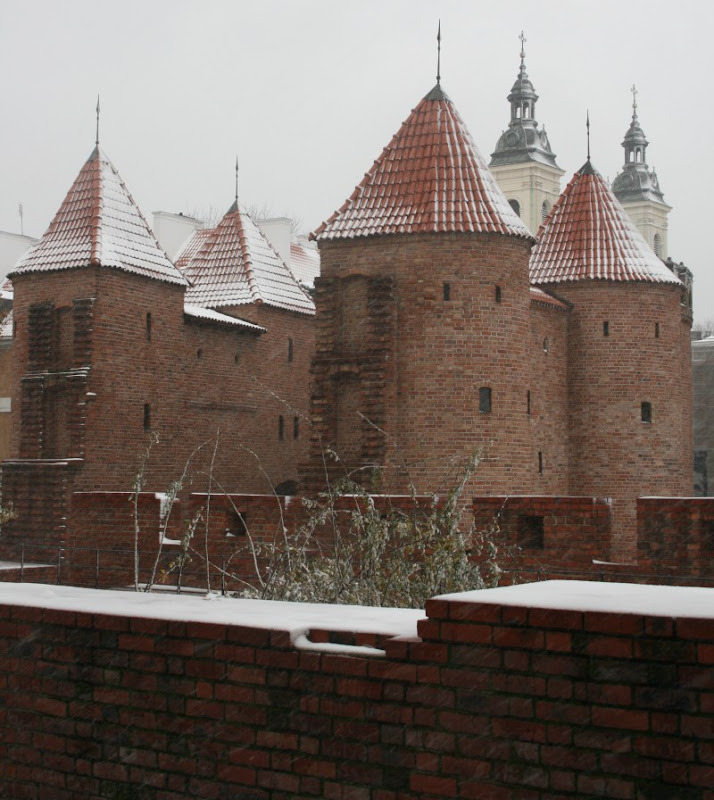 In the old town, we found a little tavern behind a heavy wooden door. We had stew served in a hollowed-out loaf of bread. The Polish food is all heavy, but it's designed to keep you going in the cold. 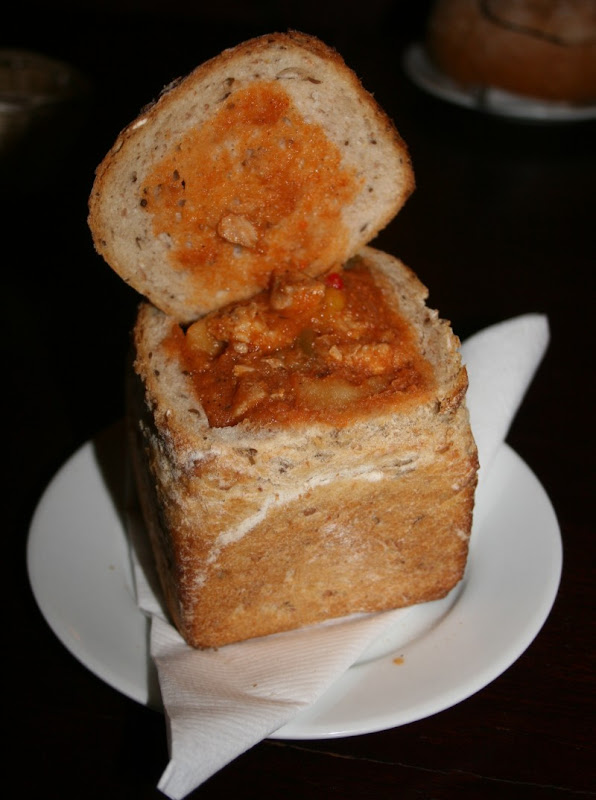 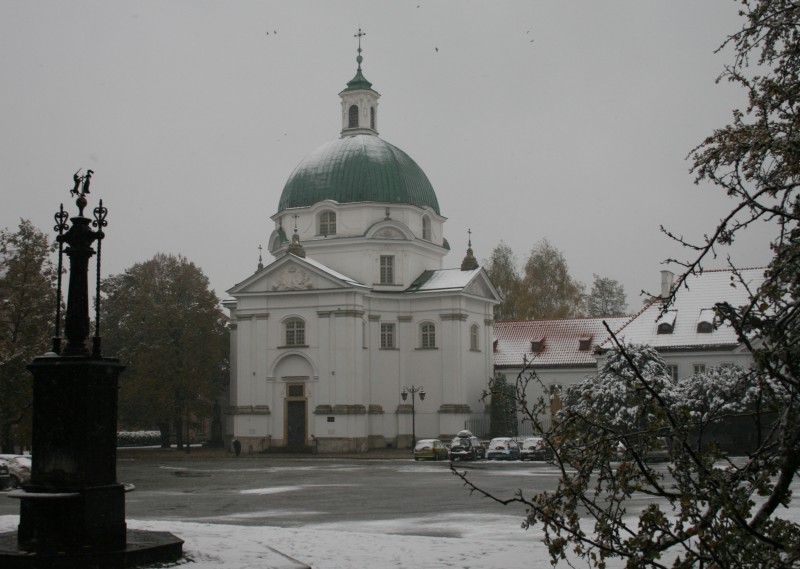 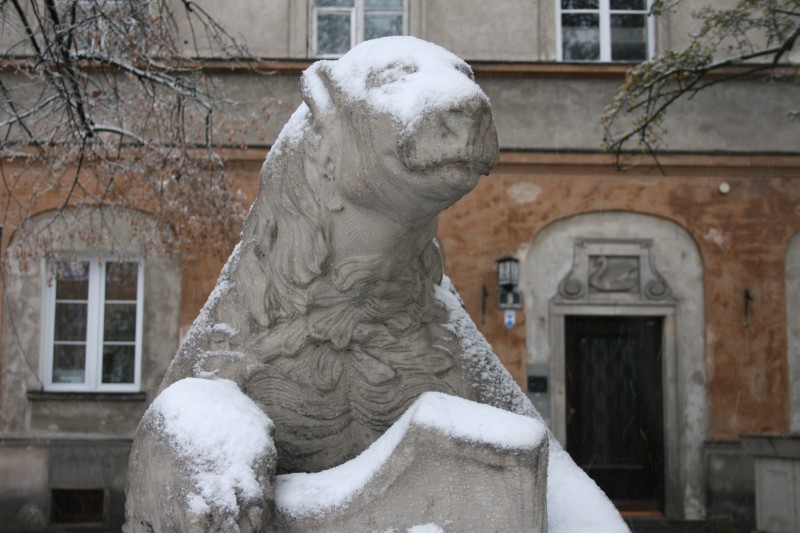 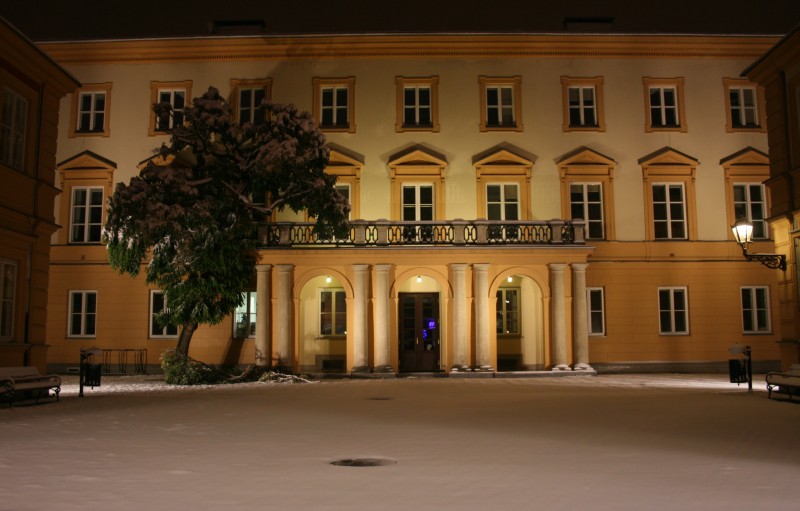