There comes a point in every relationship where you have to drag your girlfriend to a Polish cemetery and make her stand around in the snow while you take photos of graves. Chicks dig that. It's a courtship ritual as old as time itself.

"Weirdo" is a term of affection, right? 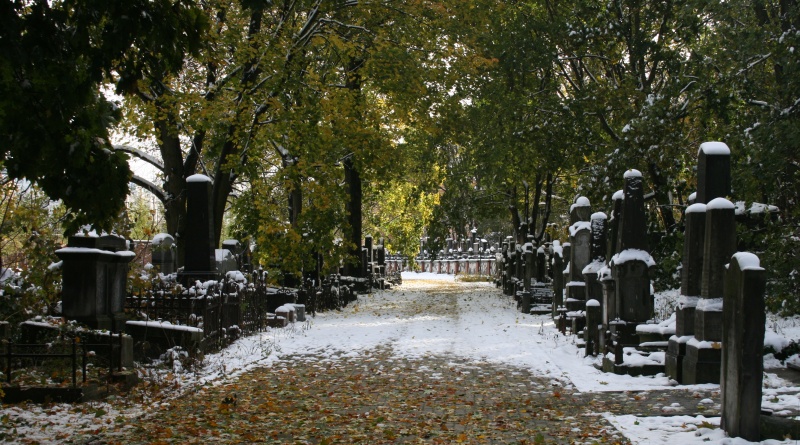 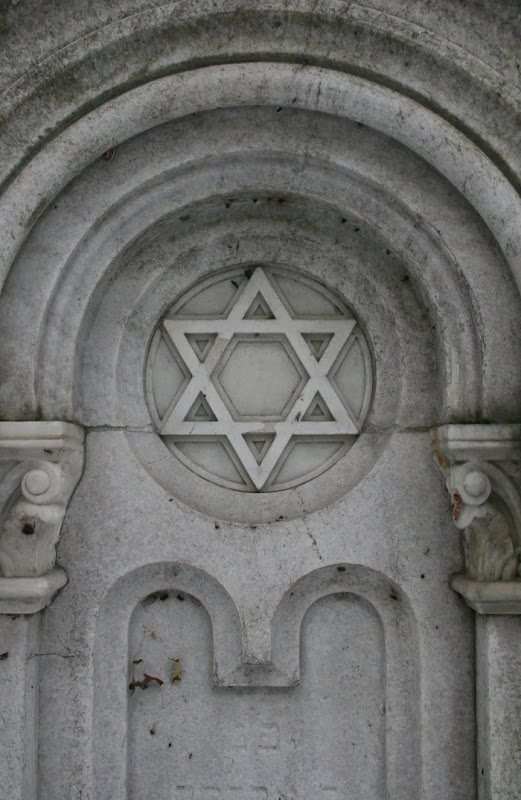 Okopowa Street Jewish Cemetery was created 1806 and became one of the largest Jewish cemeteries in Europe. It was later on the edge of the Warsaw ghetto, and was the site of mass executions.

The graveyard is not well maintained, because it was partly dismantled by the German soldiers. Poland's Jewish population was all but wiped out. The Jewish population of Warsaw was about 400,000 at the start of the war. In 1945, it was 5,000. When the city built its stadium, they found the bones of 100,000 people. 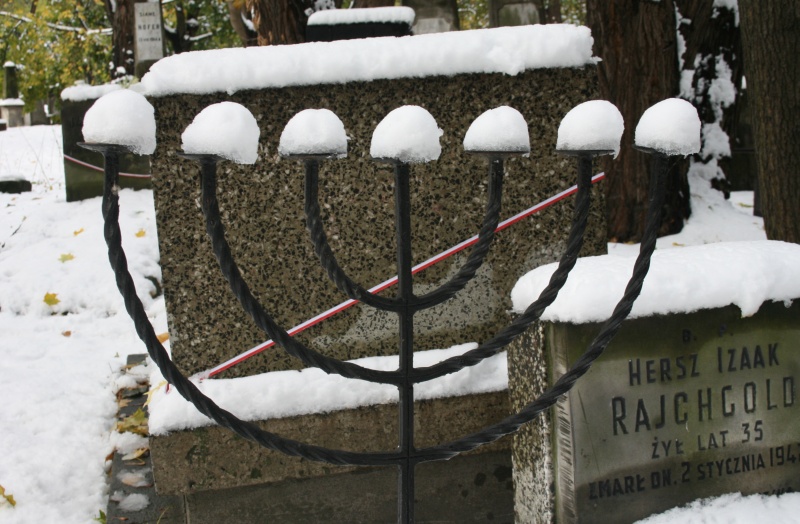 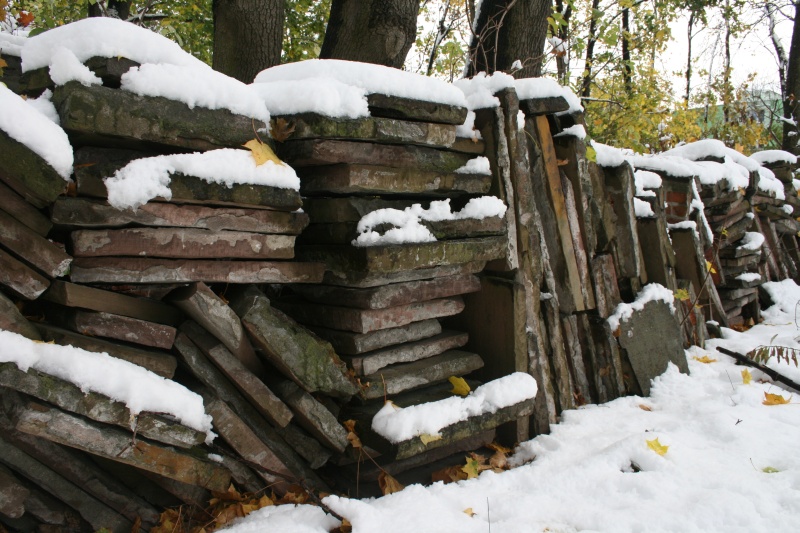 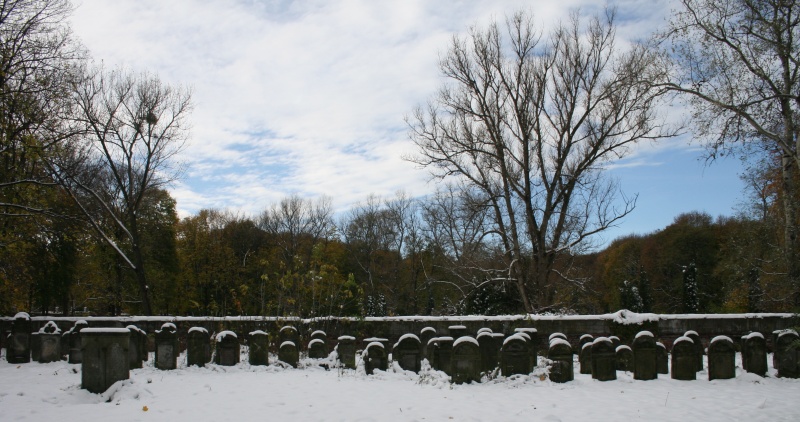 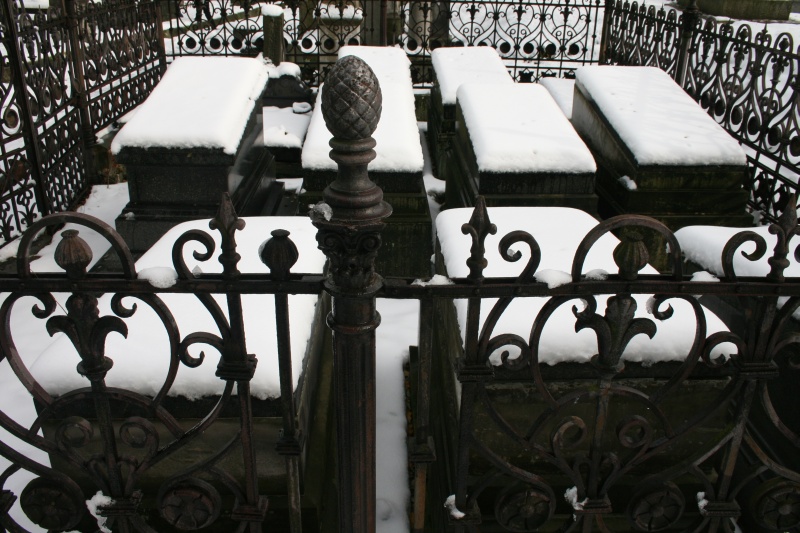 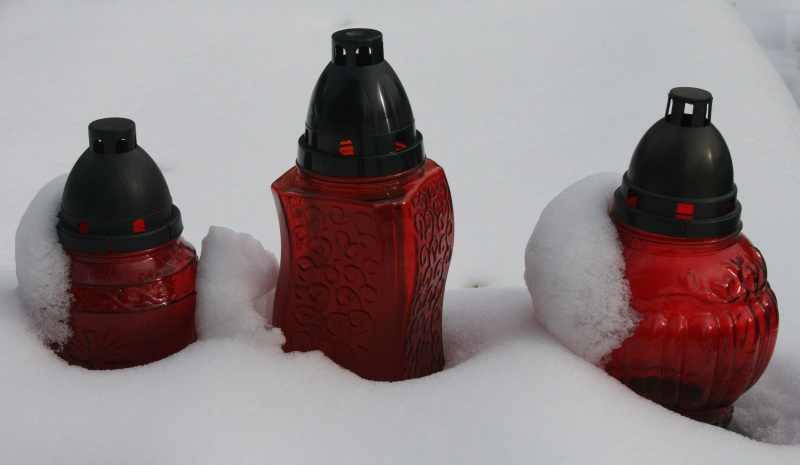 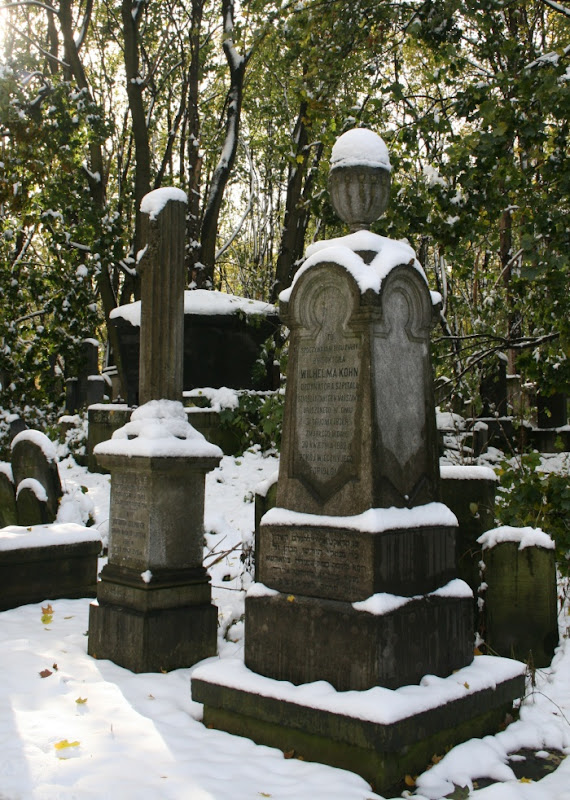 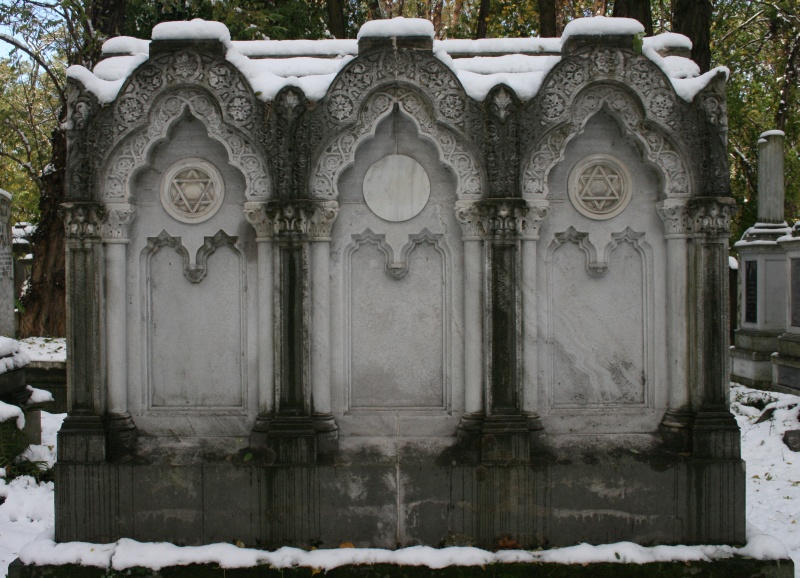 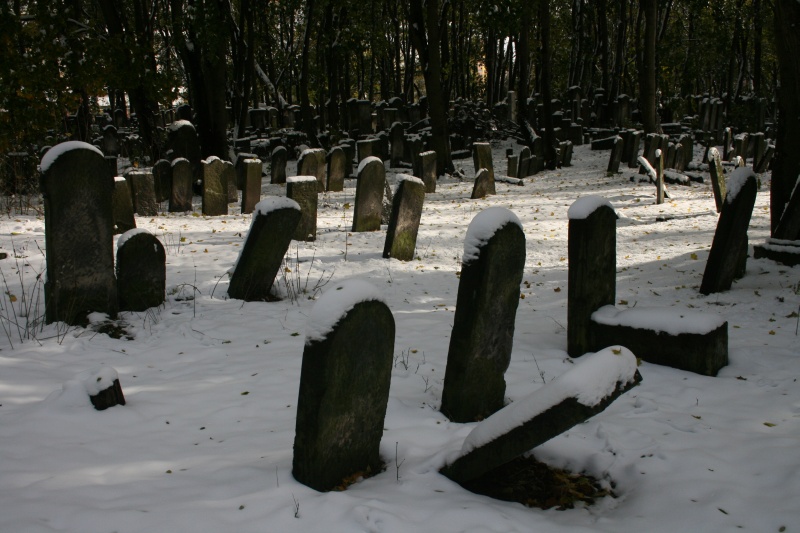 The cemetery next to Okopowa is Powazki. It's a Christian one, even older, with over 1 million graves. 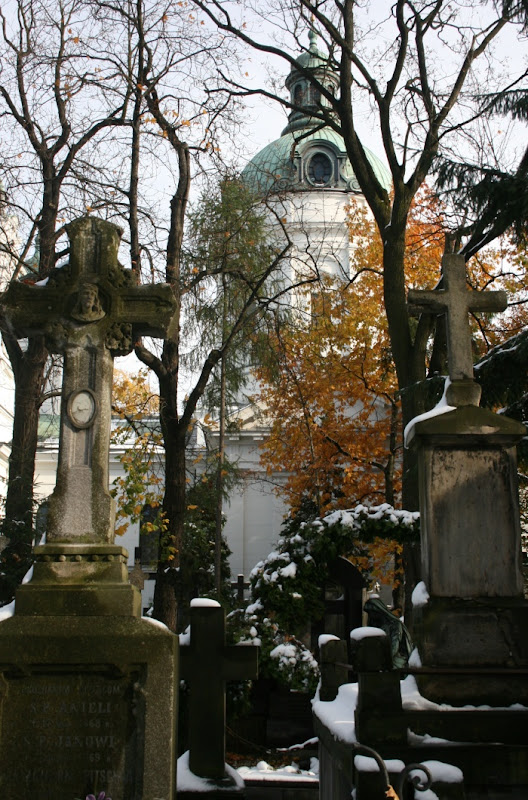 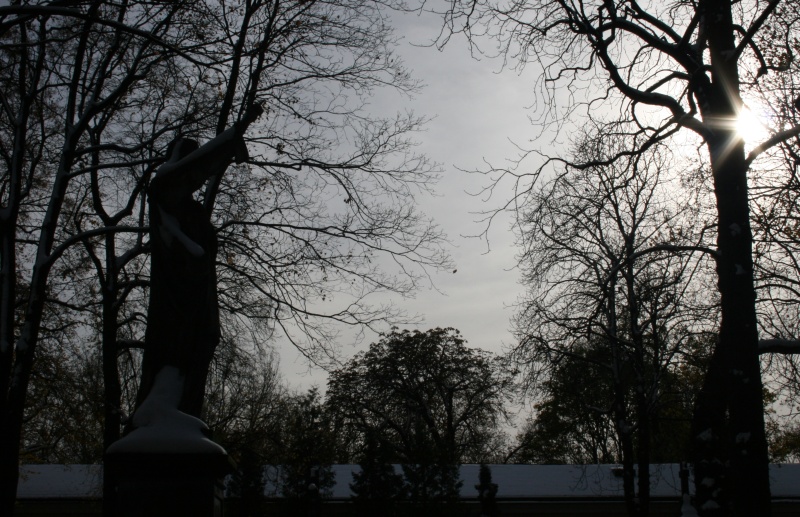 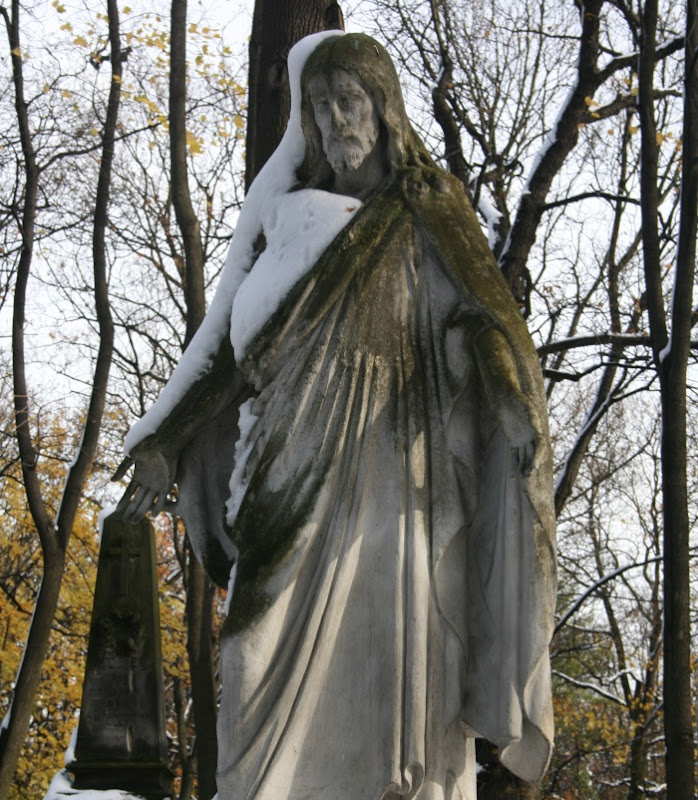 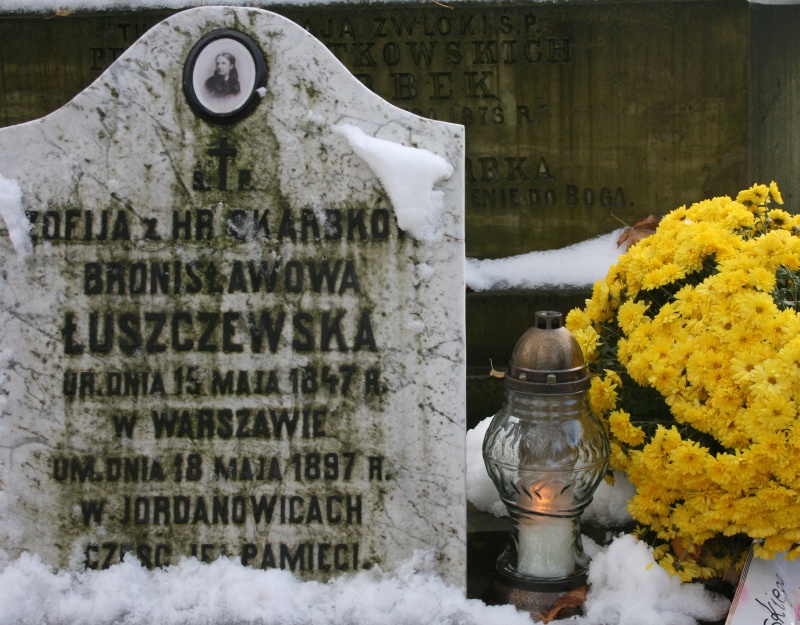 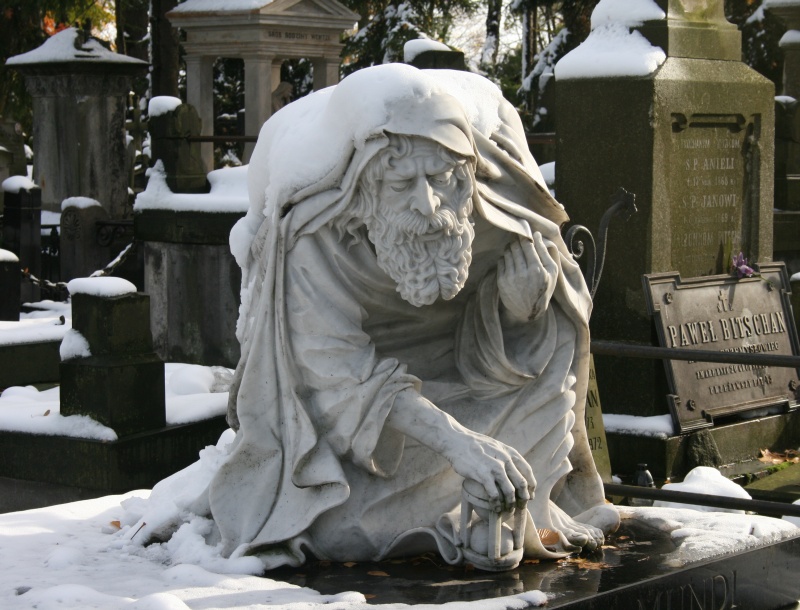