Bank on Seeing it

Vermeer was an extremely exacting artist, completing about 3 paintings per year. 34 of them have survived. Of those, I've seen at least 6, maybe 8, and lifesize reproductions of the rest.

By contrast, Banksy spray paints on walls, mostly within 100 miles of my flat.

I enjoy the works of both these artists. In my time in Europe, Banksy's work has proved far more elusive than Vermeer's. Bansky angered the supporters of a fellow graffiti artist, King Robbo, and they set about destroying his work. London councils have also worked overtime painting over his pieces, even when begged not to by the property owners. I slogged to Bristol to see his show but was turned away, I've spent afternoons stomping around disreputable parts of London with scribbled notes looking for the remaining pieces, I went to the pier at Bournemouth to look for the Treasure piece, and when my brother visited, I dragged him down a filthy alley near St Paul's in the hopes of finding one. Not a bloody thing.

When a new piece appeared near the BT Tower, I zoomed down to see it. At last! 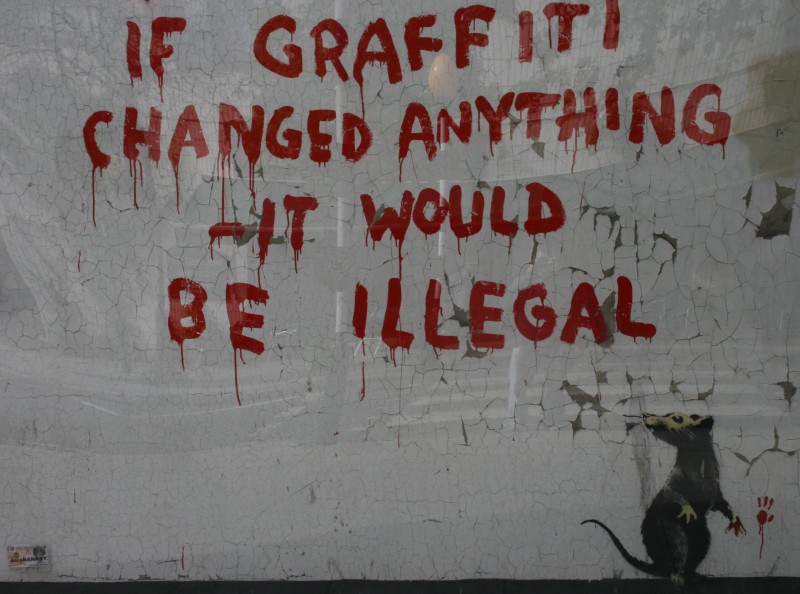 Someone put a perspex sheet over it to protect it. If you look closely at the lower right corner, you can see that someone has tucked some of the Banksy money inside the sheet. 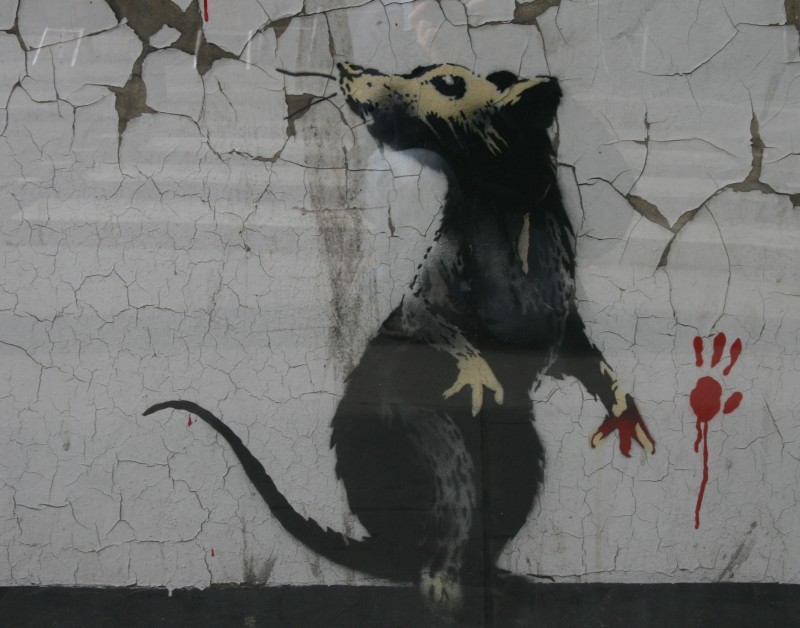 Nice work finally tracking down a Banksy in the wild! Wait - is that money actually on lower left corner of the photo, or are we supposed to see it from the perspective of the rat?