Yonks ago, I did a weekend trip to Barcelona. It's long enough ago that I have no memory of what I did there. Let's explore my photos together. I'm hoping I wrestled a bear.

I travelled by Ryanair. Because they cut every cost possible, they often use airports that are outside the cities they purport to be in. I've experienced this on a number of trips, but this one takes the cake. Girona Airport is about 200 kms from Barcelona, by bus.

Since I was nowhere near my destination, I took the opportunity to catch a bus inland to a small town on a basalt outcrop called Castellfollit de la Roca. 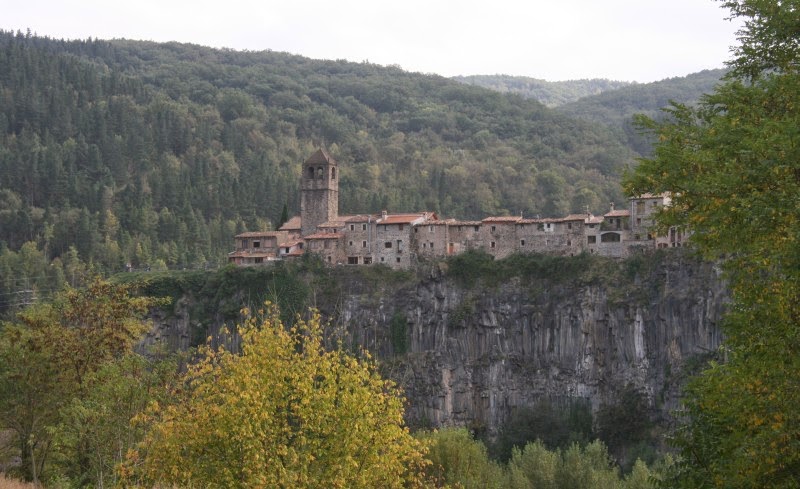 From there, I did a hike up onto the surrounding hills to visit an old castle (1070AD) and a religious sanctuary (1105AD). 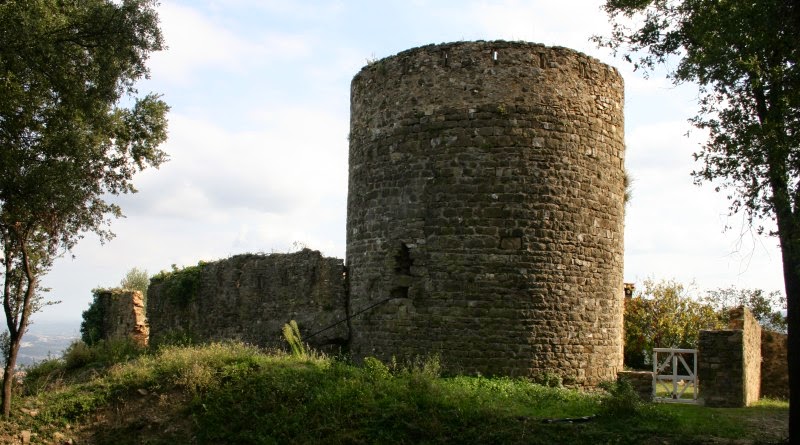 Castellfollet de la Roca is down to the right

They Lied About the Rain in Spain 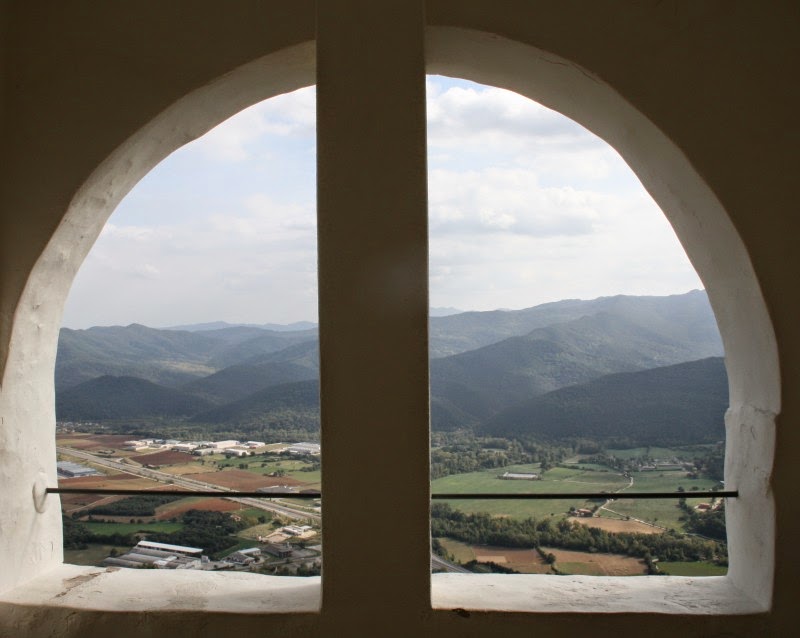 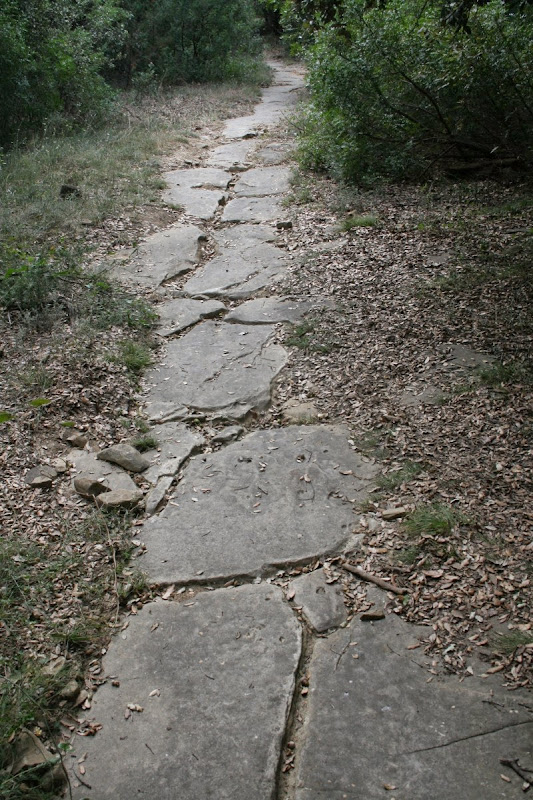 It was a fun afternoon. The town was completely dead because it was siesta time, and I didn't see another person for the whole walk.

From there I caught a bus to Barcelona. I had printed out directions for how to get to my apartment from the bus station, but unfortunately there was a massive protest march against the austerity cuts. I had inadvertently arrived in Spain on a day of protests that have their own Wikipedia entry, as 400,000 people took to the streets of Barcelona. These protests were very prominent during my visit. The protestors are called Los Indignados. You can understand their anger. The Spanish economy actually had less debt than Germany before the credit crunch. The collapse was made worse by all the foreign investors who defaulted on building construction in Spain.

The bus dumped me at some random point in the city. A kindly Argentinian librarian on holiday helped me to find a metro station.
Posted by James at 4:02 PM