It was the Summer bank holiday this weekend, and I managed to make a quick trip. This should be pretty easy to guess from the video.

That's the problem with cycle touring: some cock always gets in your way. 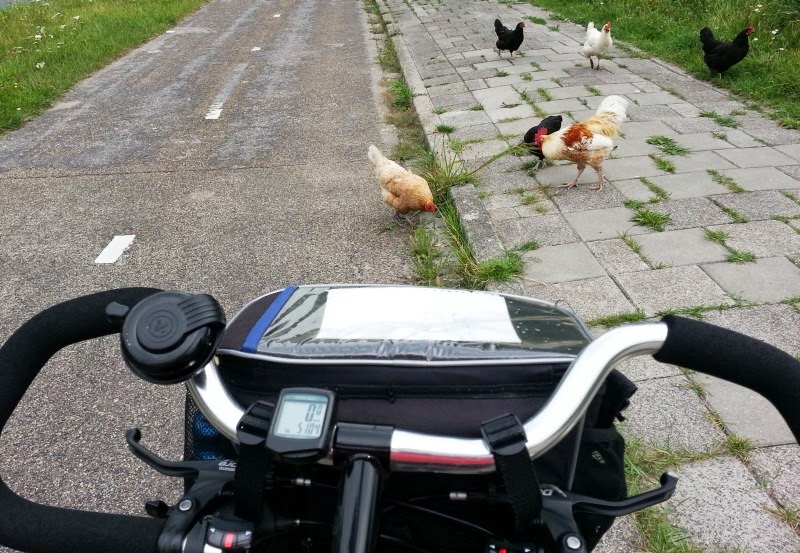 I rolled off the ferry at Hoek before 8am, and set off to skirt around the east side of the Hague, through Delft to Leiden. 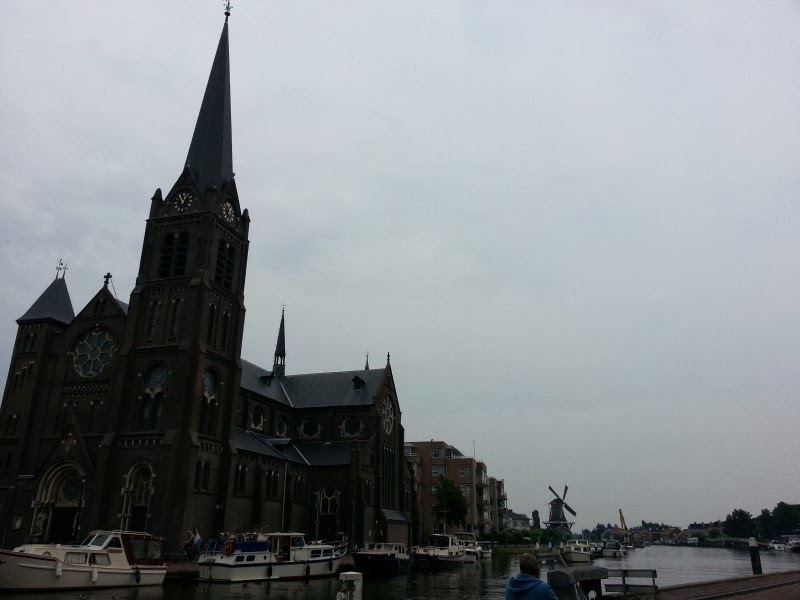 Last time I was in Leiden, the castle was closed for repairs. This time I got to have a snoop around. There is a well in the middle where, stories claimed, cod were caught, there were secret passages to outside the city, and anything thrown in would wash up on the coast. All lies. 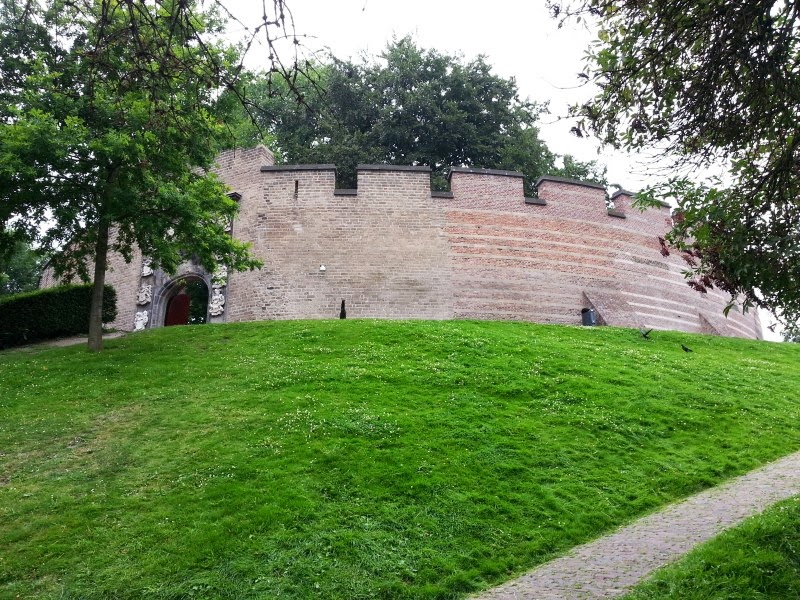 Me nestled in among the other bike tourists. I love the Netherlands. 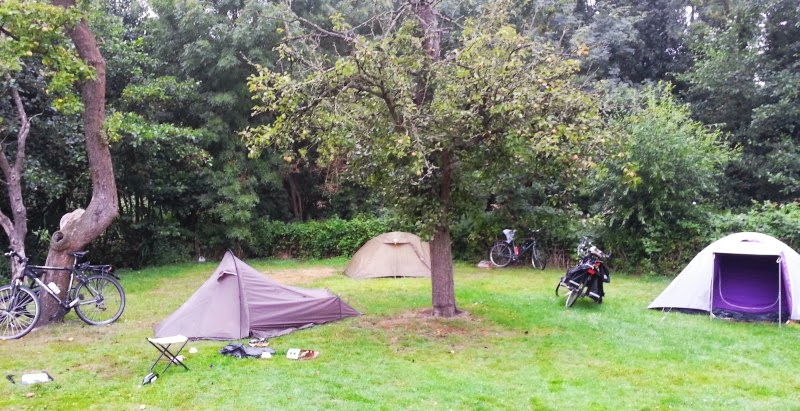 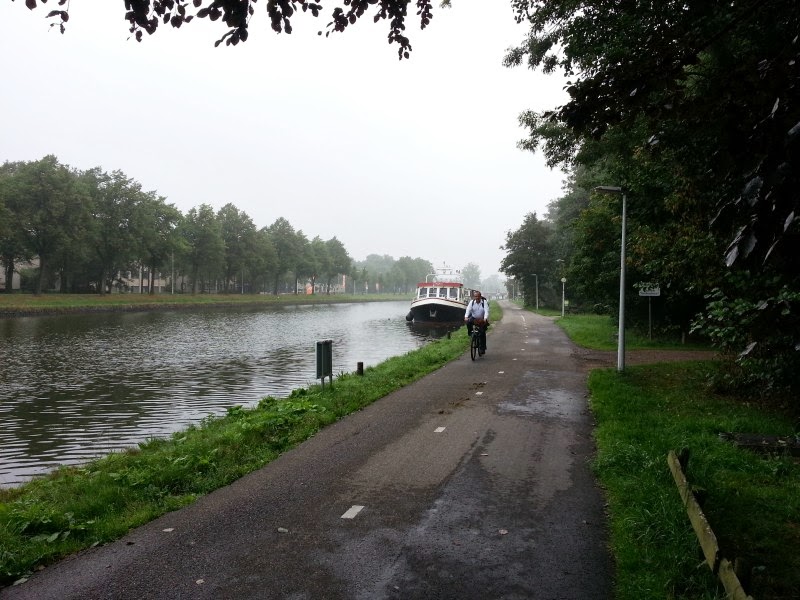 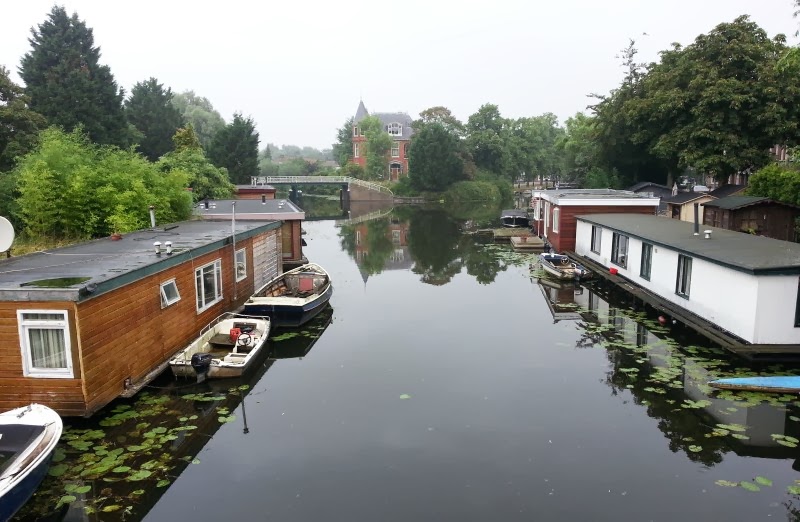 I walked to Leiden station and took a train to Amsterdam. There, I spent the day at the newly re-opened Rijksmuseum. The star attraction there is Rembrandt's "the Night Watch".

The name is a little misleading. When they restored the painting, it turned out that it wasn't night at all - the painting was just very, very grubby. Yes, that's true. 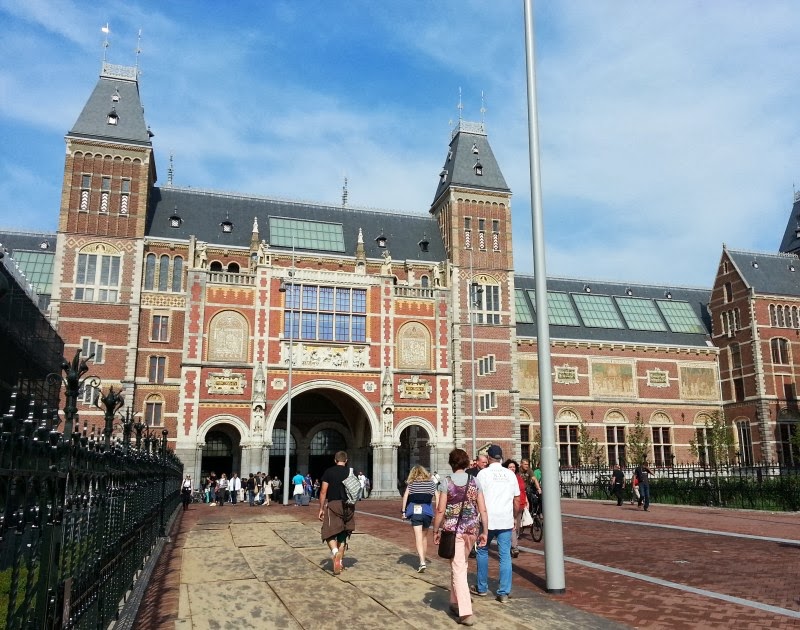 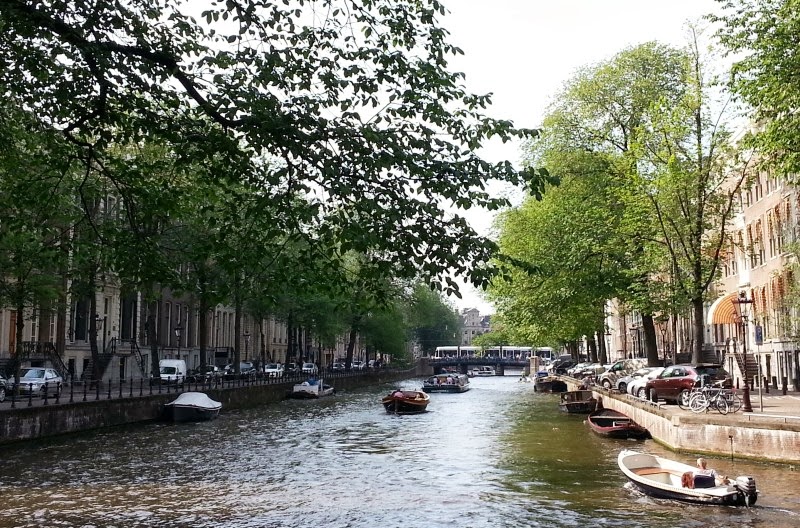 Bulbs in a stall at the flower market. 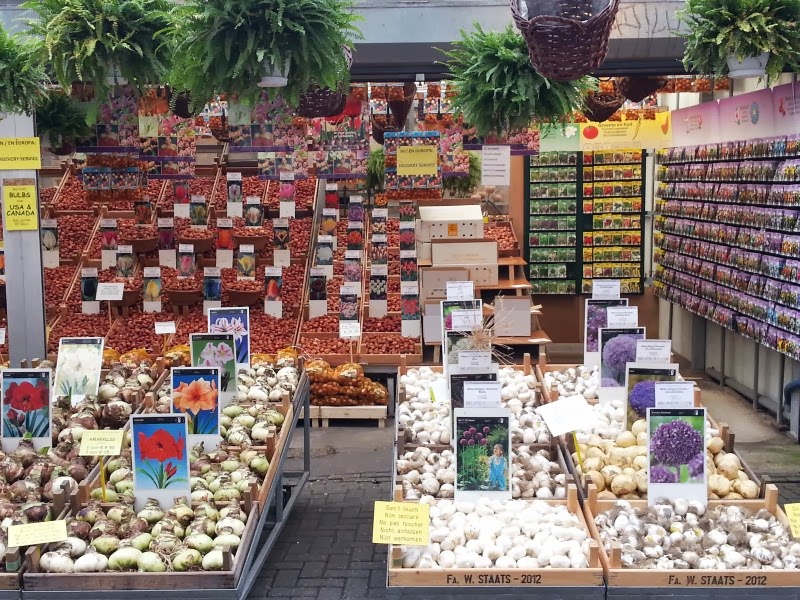 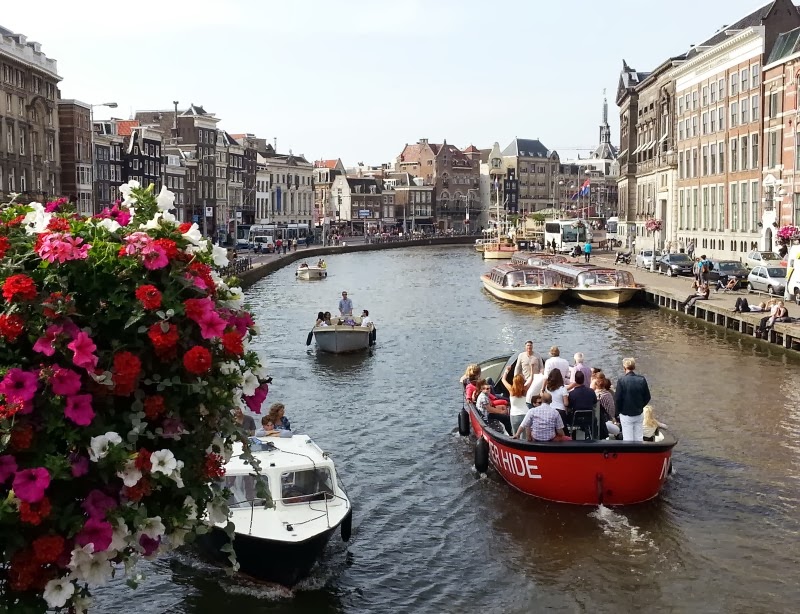 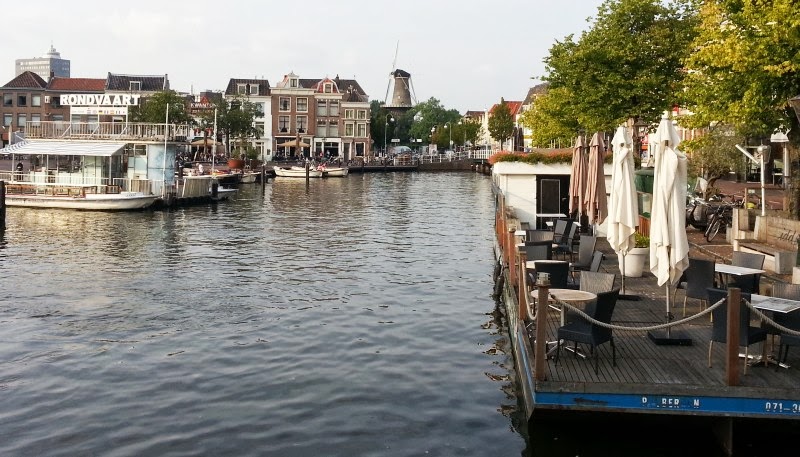 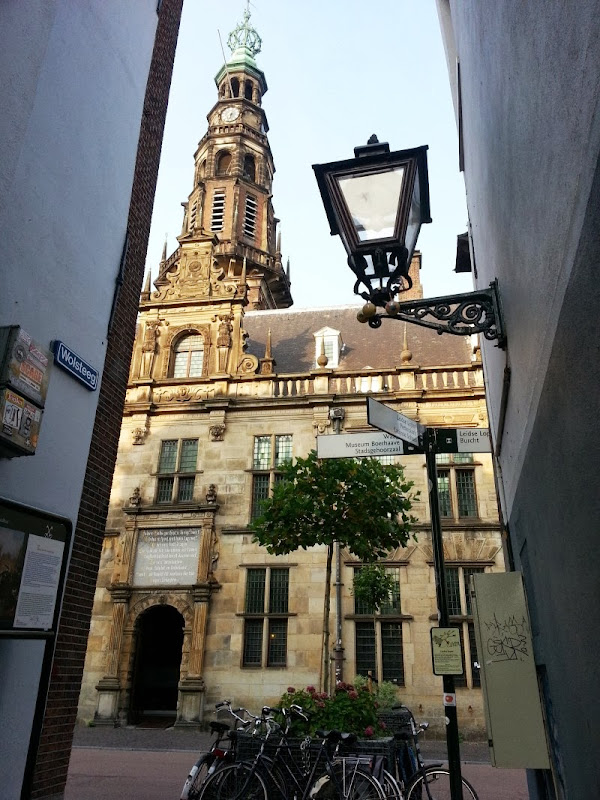 On the third day, I got up very early and raced back down the coast to Hoek to catch the afternoon ferry sailing. I followed my old friend, the North Sea Route: LF1a along the edge of the dunes. It was great. 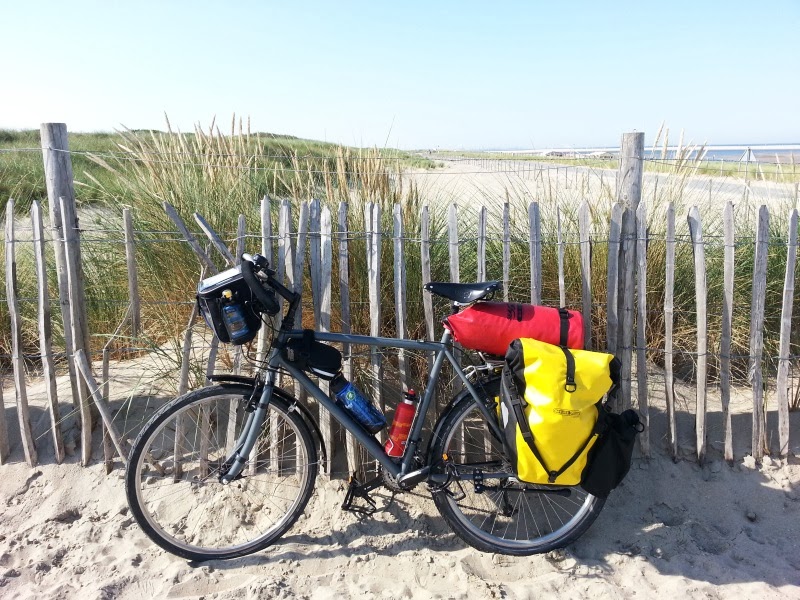 About 12 hours, a mega-ferry, and 3 trains later, I was home again. The whole trip only took about 72 hours, but it felt like I was away for a week.
Posted by James at 4:16 PM No comments: