In Scotland, they have these flying insects called "midgeys". They're smaller than New Zealand sandflies, so one can be lulled into a false sense of security. At first the bites aren't bad, but after a few days they swell up and are crazy itchy. 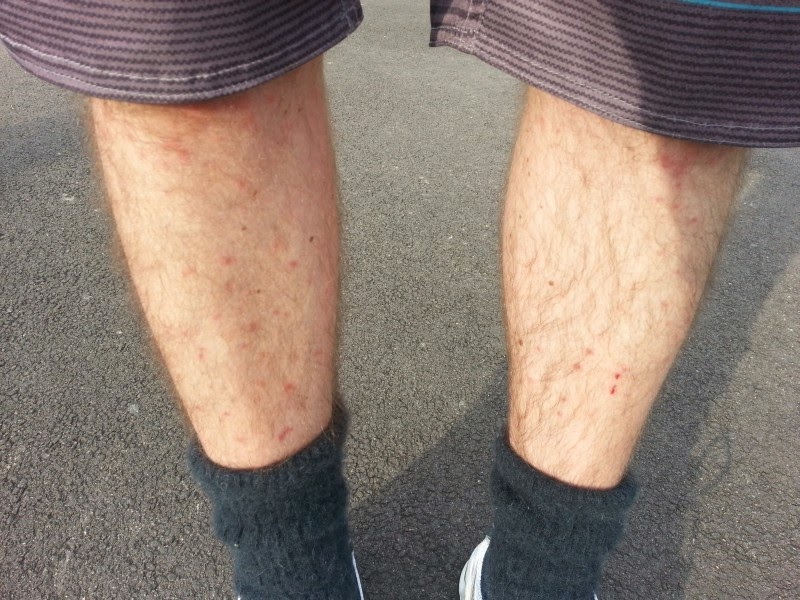 My friend M (from NZ) lives in Scotland, and we both wanted to walk the West Highland Way. The full WHW runs for about 150 kms, from just north of Glasgow to Fort William. We were limited on time, however, so we joined the route at the Bridge of Orchy, leaving us the northern 60 kms to complete. That's the hillier end of the walk.

My trip started badly. As I was doing up my pack to head to the station, my hand slid across the edge of my 3-blade razor: lots of blood! I wrapped a 10m piece of gauze around my finger, and made it to the train on time.

The first day of our walk crossed the edge of Rannoch Moor. I'm not quite sure why Rannoch is famous, but the Scots seem very attached to it. Maybe it's just the right ratio of swamp to mosquitoes. 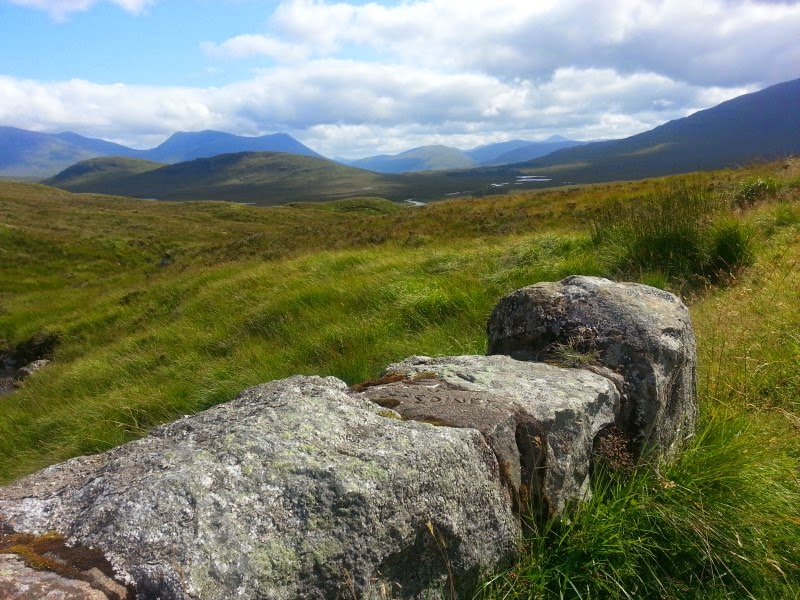 The first night, we made camp at the Glen Coe Mountain Resort. Glen Coe valley is famous as the scene of the massacre of the MacDonalds by their guests the Campbells.

Speaking of plagues upon the earth (the Campbells), the camping ground was plagued with midgeys - they swarmed in clouds around us and we were forced to wear head nets, which are about as annoying as a plague of insects themselves.

We had dinner at the nearby King's House Hotel, which dates from the 17th century.

Some people use baggage carrying services to transport their luggage along the route. We went old school, carrying the full camping kit and food. 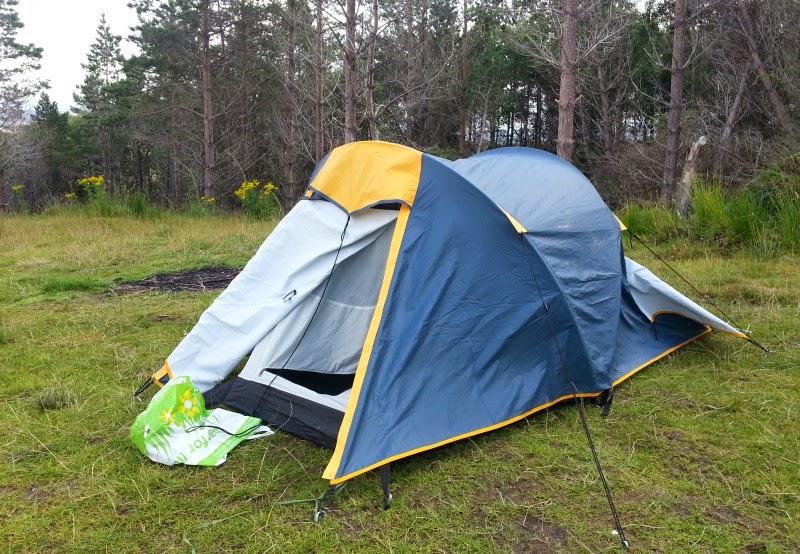 It's possible we were unused to the rigors of tramping, because despite sleeping in a tent next to a car park, we slept for around 11 hours. It was a bad day to start late, because this was our day climbing the Devil's Staircase. 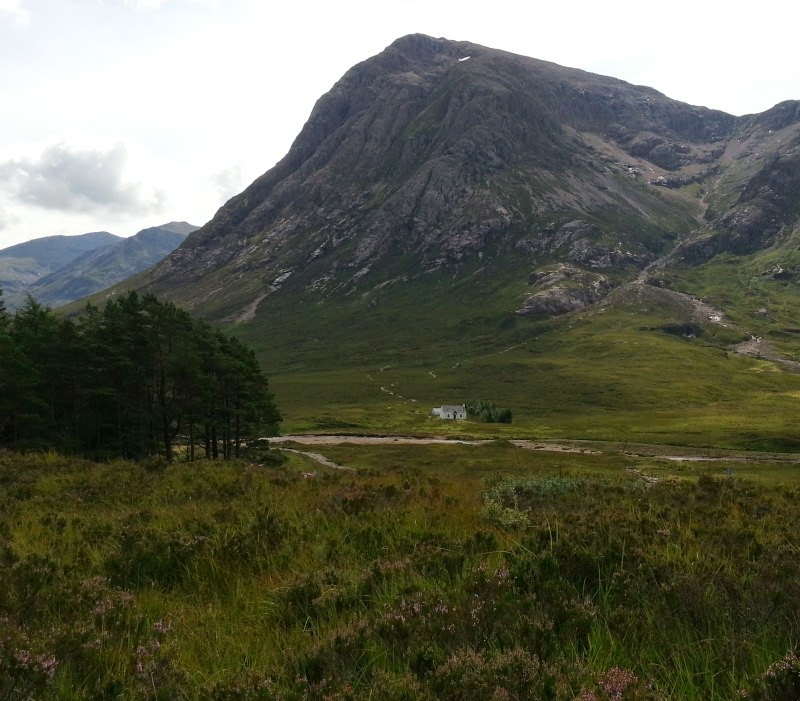 Looking up the zigzagging Devil's Staircase: 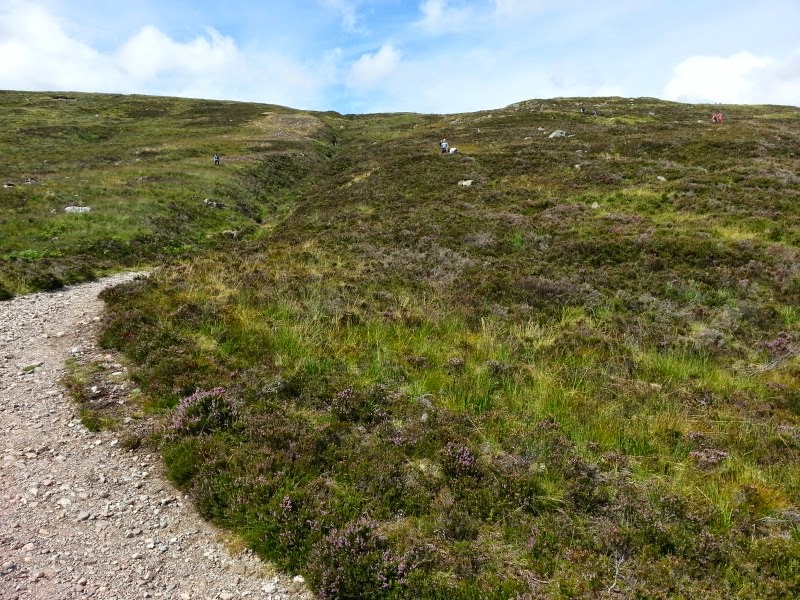 Looking back down from above: 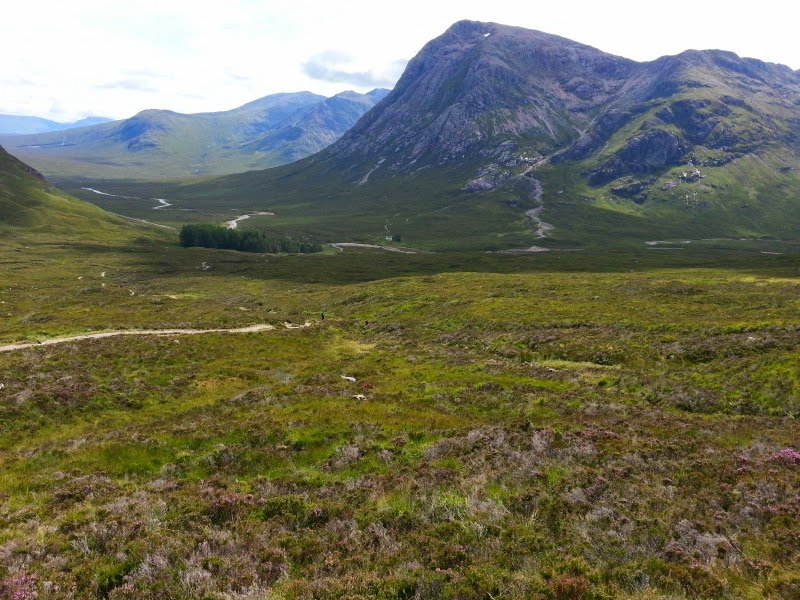 My guidebook said that there was a geocache hidden in the cairn at the top of the pass, but as I hunted for it I only found some used underwear. It then became awkward, because my companion decided I was specifically looking for worn undies. 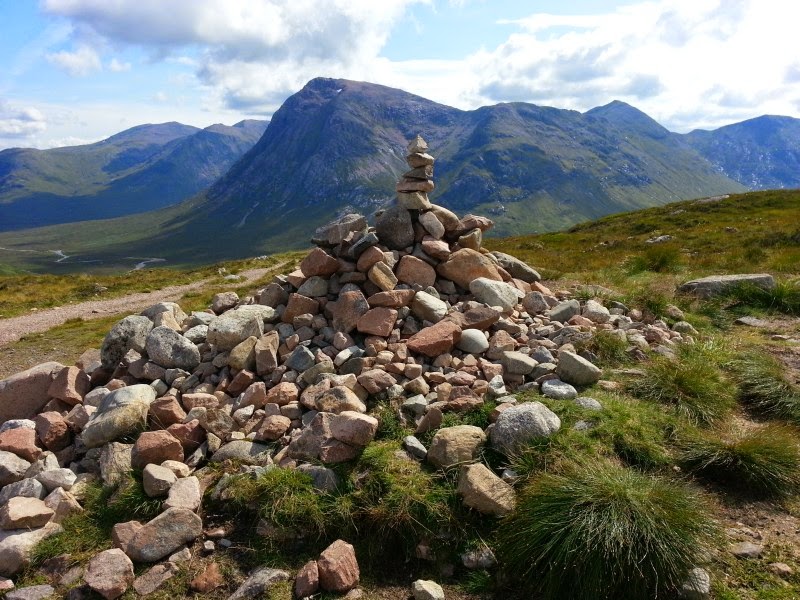 After a long decent, we arrived in Kinlochlevin, which appeared to be a hotbed of anti-English sentiment. 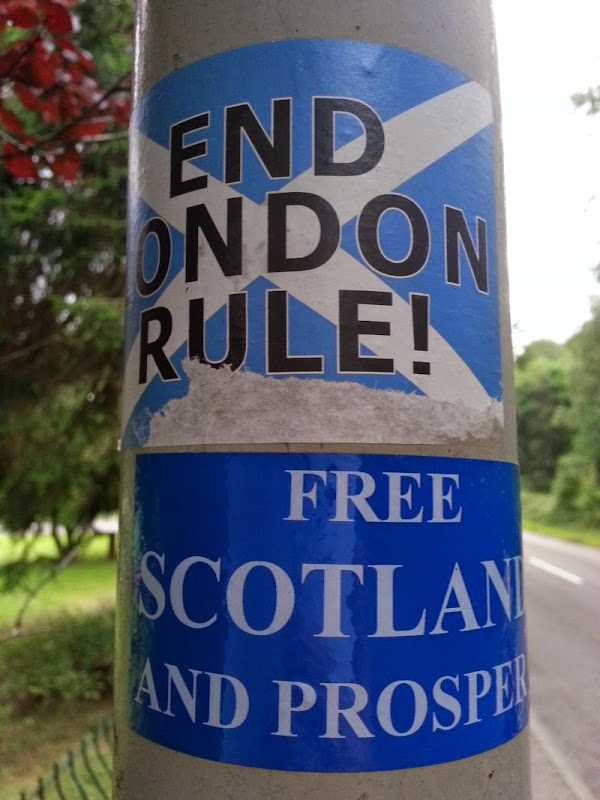 After a long day of walking, we couldn't decide between cooking spaghetti bolognese on the camp stove or buying fish and chips for tea, so we had both.

Day 3 saw us doing another steep climb, before skirting around Ben Nevis to arrive at Fort William. From there, we caught the evening train back to civilisation.

I did the westie too (full tramp) and those midgies were the worst! Anyhoo, I just realised that this post is from 2014 but hope that you my comments. Listening to Aimee Mann as I write this, I wish I was at an Aimee Mann concert with you.